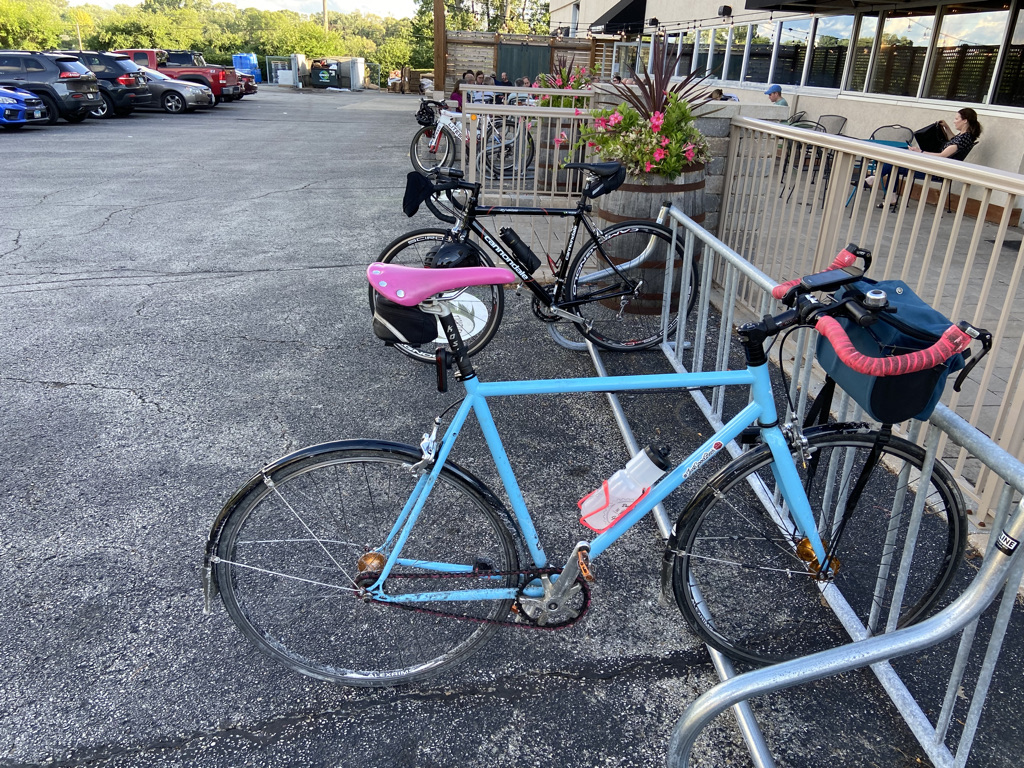 I didn't ride Tuesday because it rained again in the morning and I had dinner plans with my uncle and his family.  On Wednesday, after work, I headed out on the singlespeed to ride to the Tighthead Brewery.  It was pretty hot, nearing the 90s but again the slight breeze that seems to be always blowing and the lack of humidity made riding here very enjoyable - what can I say, I like the heat. 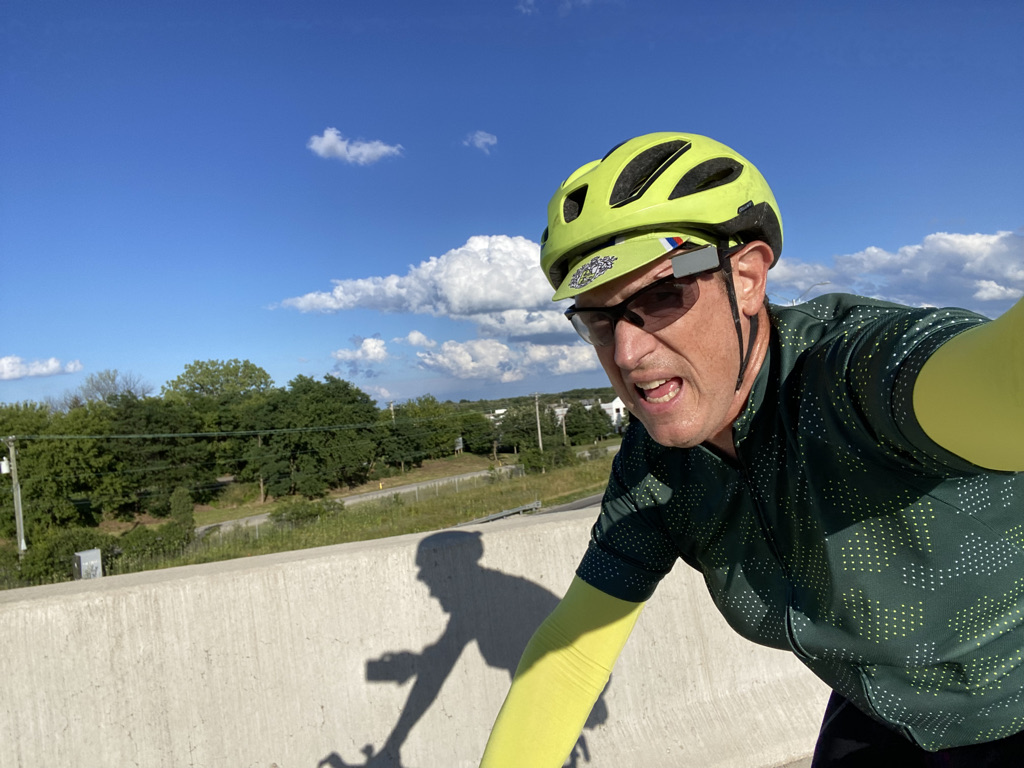 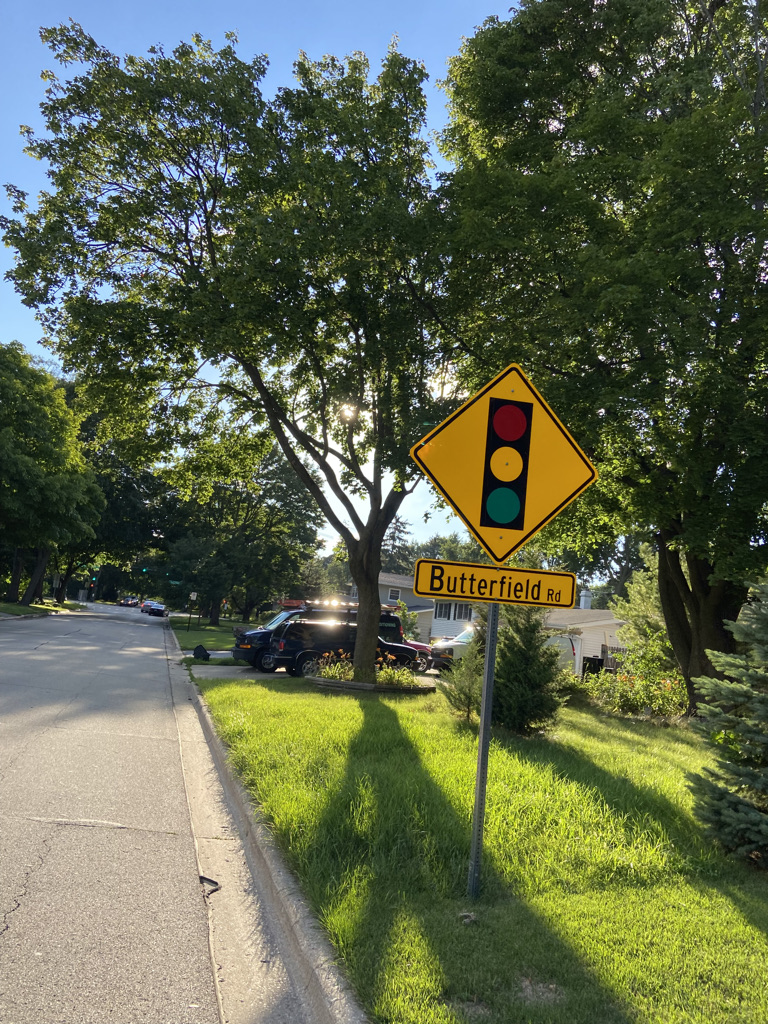 19 miles into the ride I wound up in Mundelein and I found the brewery. I also found that there was another cycling group that did a ride from here and I joined them and picked their brains about other places to ride and how to find these cycling groups. They are all on Meetup! They told me there was a ride on Thursday's from the Buffalo Grove Brewery called Thirsty Thursdays lead by the Lake County Cycling Collective that I should check out. 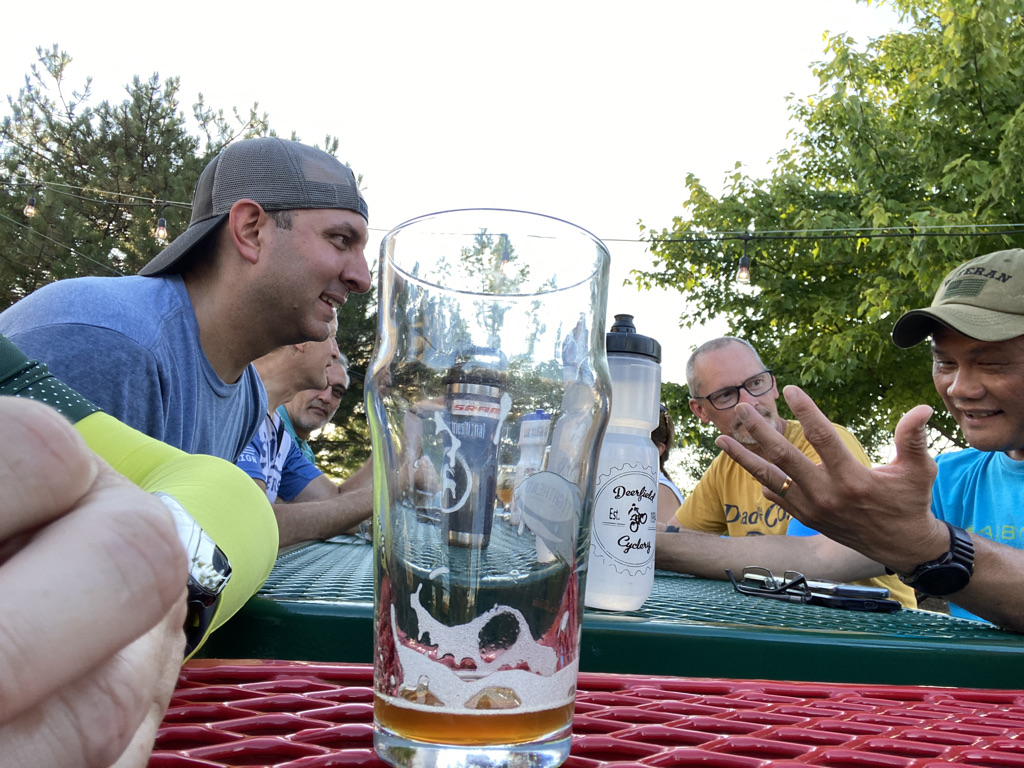 Leaving the brewery I made way back to my Aunt's house following the route that I had planned out. 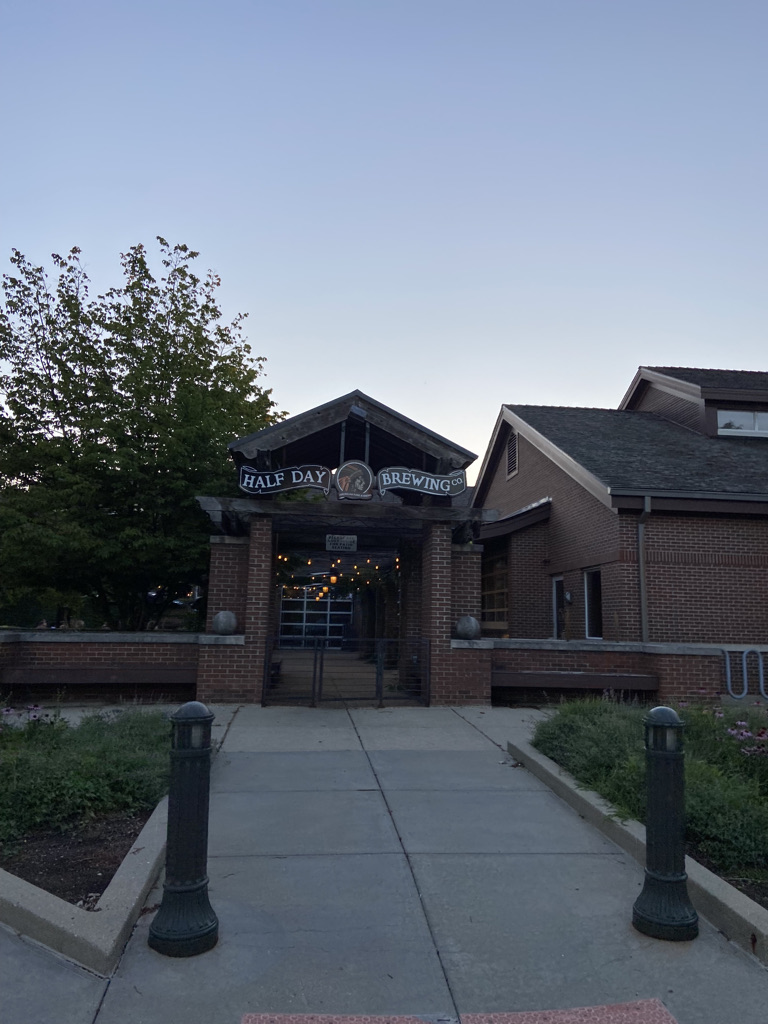 I found another brewery on my ride back, Half Day Brewing, which is on Half Day Road but didn't have time to stop because it was starting to get dark. 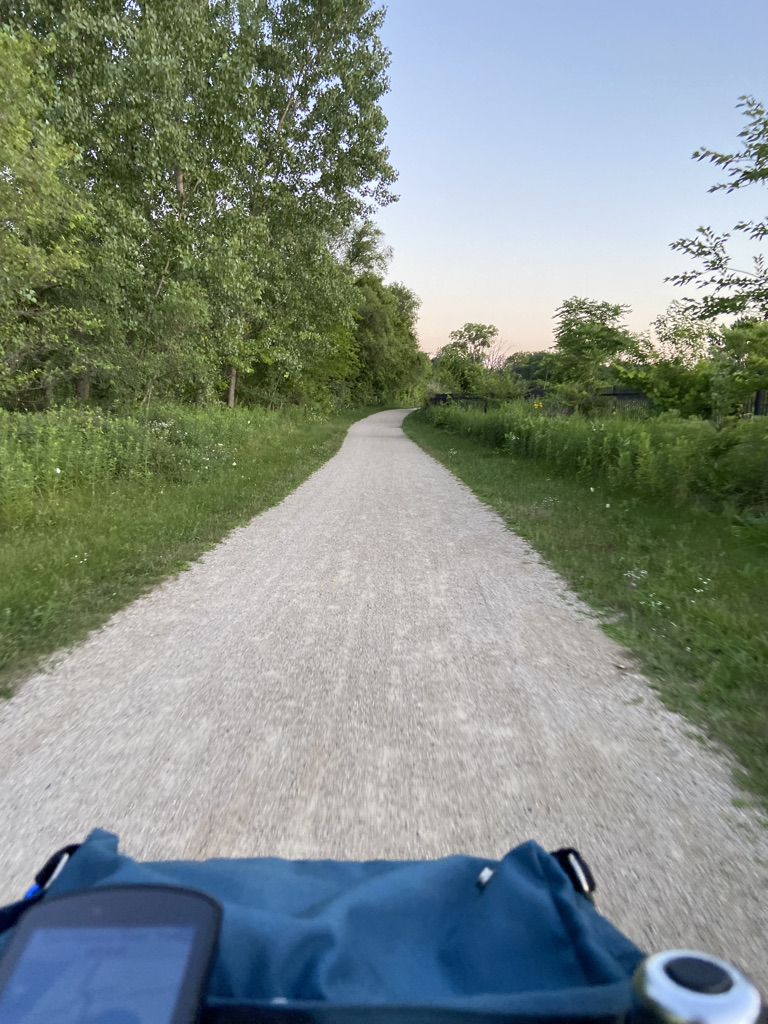 I jumped on the Des Plaines River Trail again in order to get me down to Deerfield Road which I new would be the fastest way back.