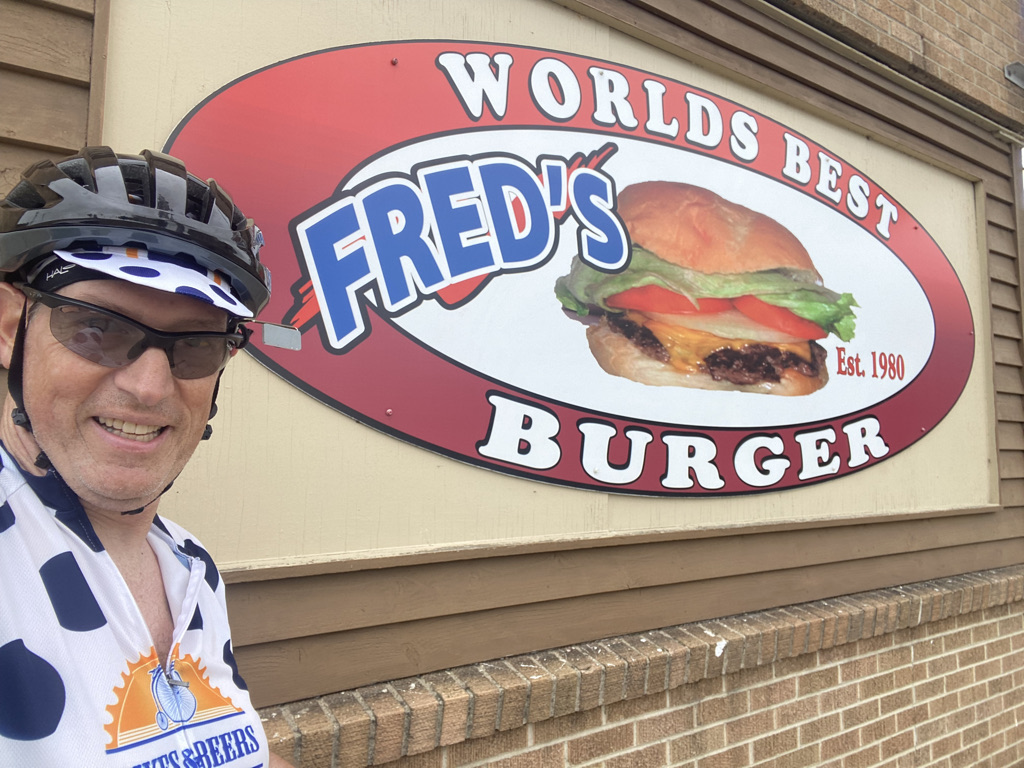 I dropped off my Aunt's dog, Lilly, with someone who would watch her for me from Saturday through Sunday so I could do my ride to Wisconsin. My Aunt told me about a famous burger joint in Burlington called Fred's and if I was in the area I had to stop.  My plan for this ride was to visit my family's ancestral farm and resort which was on Brown's Lake in Burlington.  The route that I planned out was 120 miles and figured with the flat terrain and the speeds I can achieve here that doing this distance in around 8 hours would be fine. 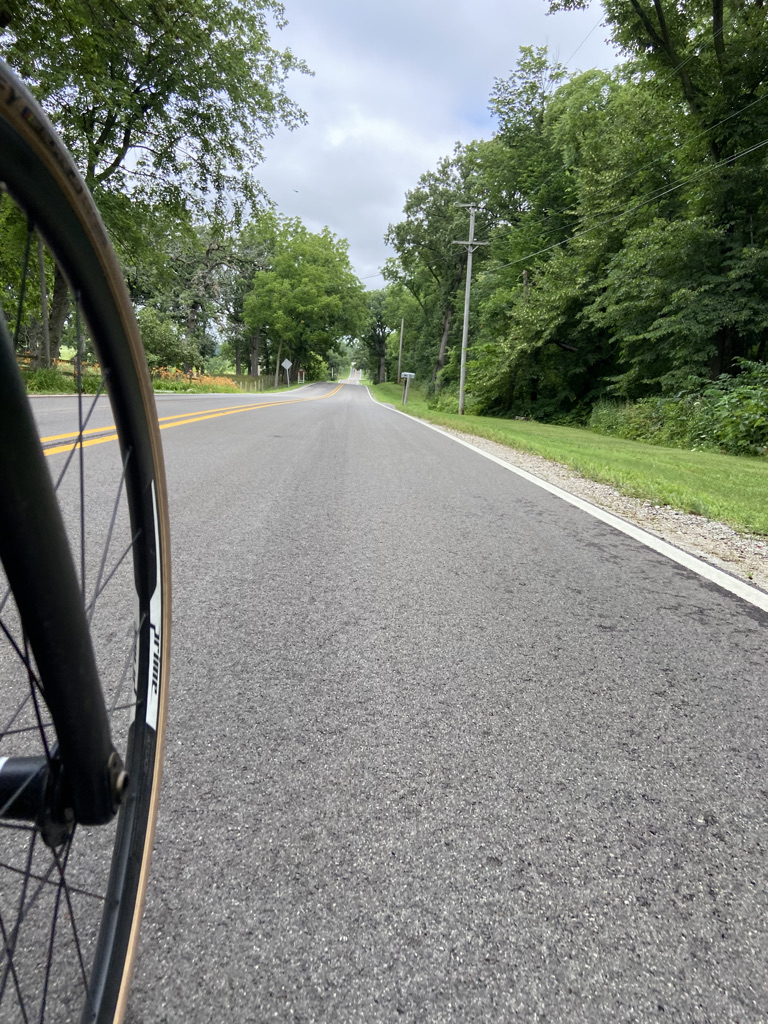 When I left Northbrook the first thing I noticed was that I had about an 9 mph headwind but I was still able to maintain at least an average speed around 16 mph.  I tried to keep my route to non busy roads as well as trying to ride on roads that I have never ridden before in order to improve my Wandrer score. 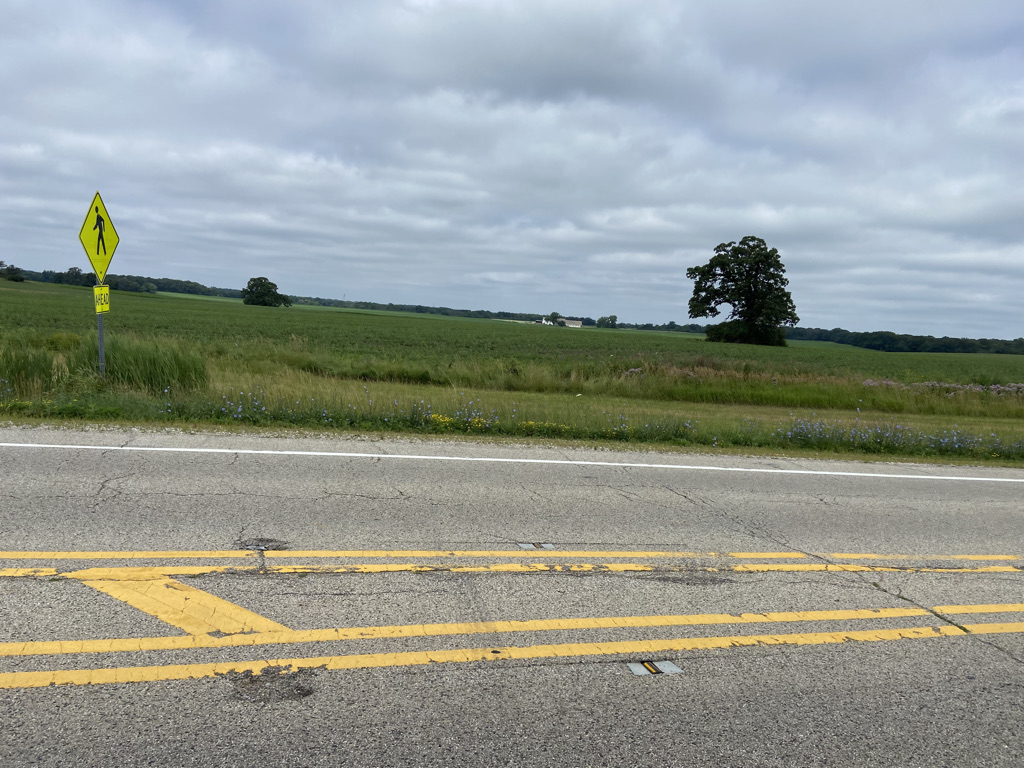 I dressed expecting sun but the ride north stayed cloudy for most of the morning.  The route I mapped out on Ride with GPS had me crossing the border with Wisconsin around 35 miles and less than 1000 feet of climbing and an estimated arrival in 2 hours and 30 minutes. 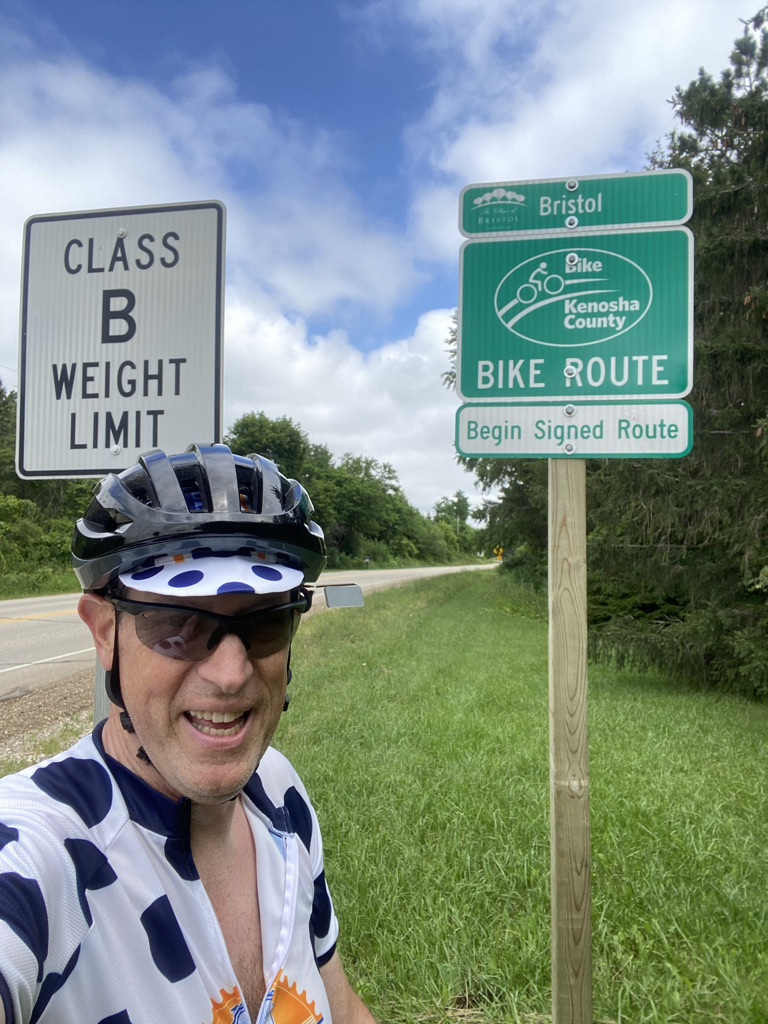 I was actually averaging 17 mph and got to the state line in 2 hours. However, the further north I rode into Wisconsin the hillier it got. Mind you not hilly like back home in Connecticut but just enough climbing to slow things down a bit. 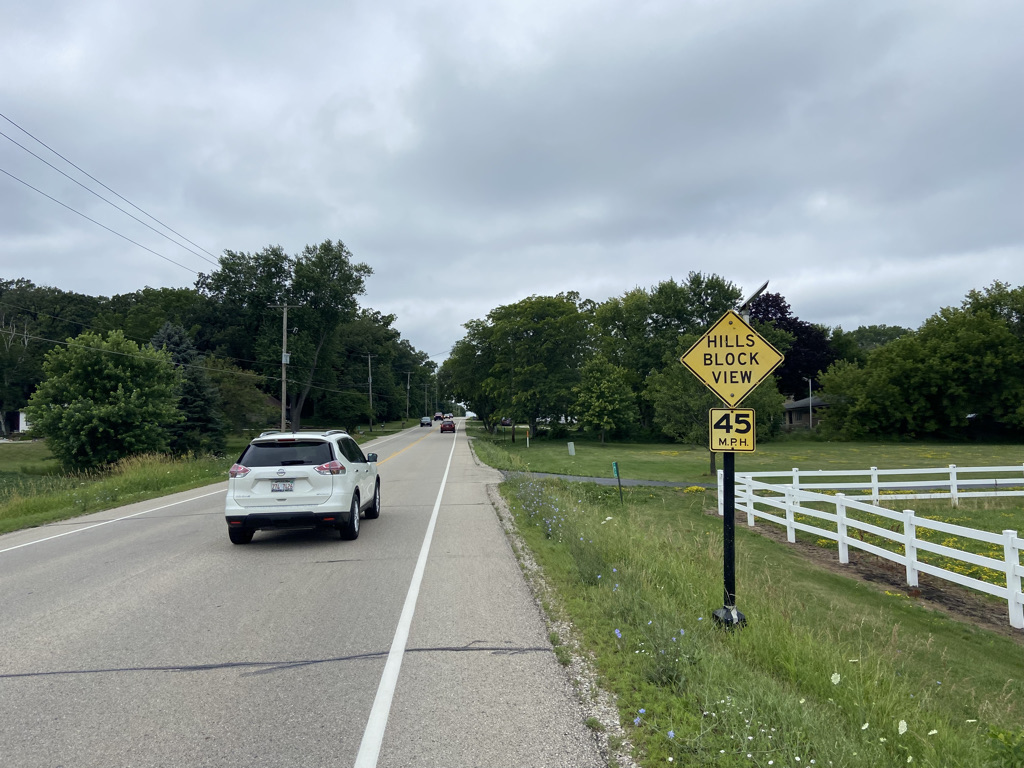 What hill?
That wasn't a hill! 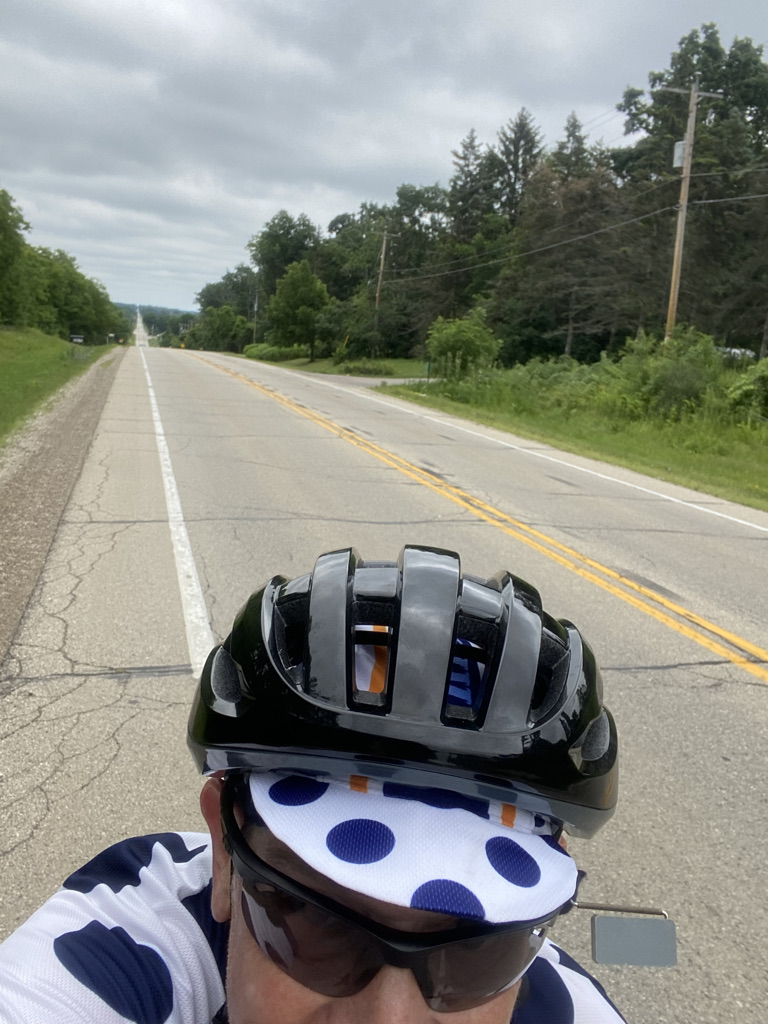 Now this was a hill because it slowed my down a bit.
But was it a hill? Not according to Garmin Climb Pro. 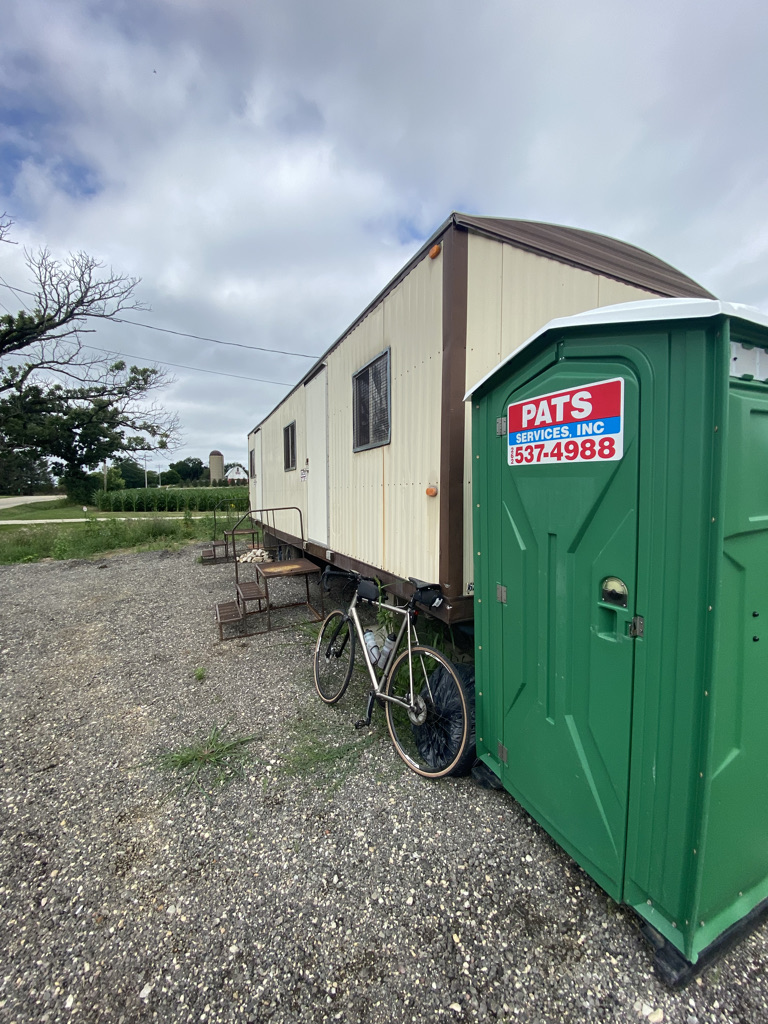 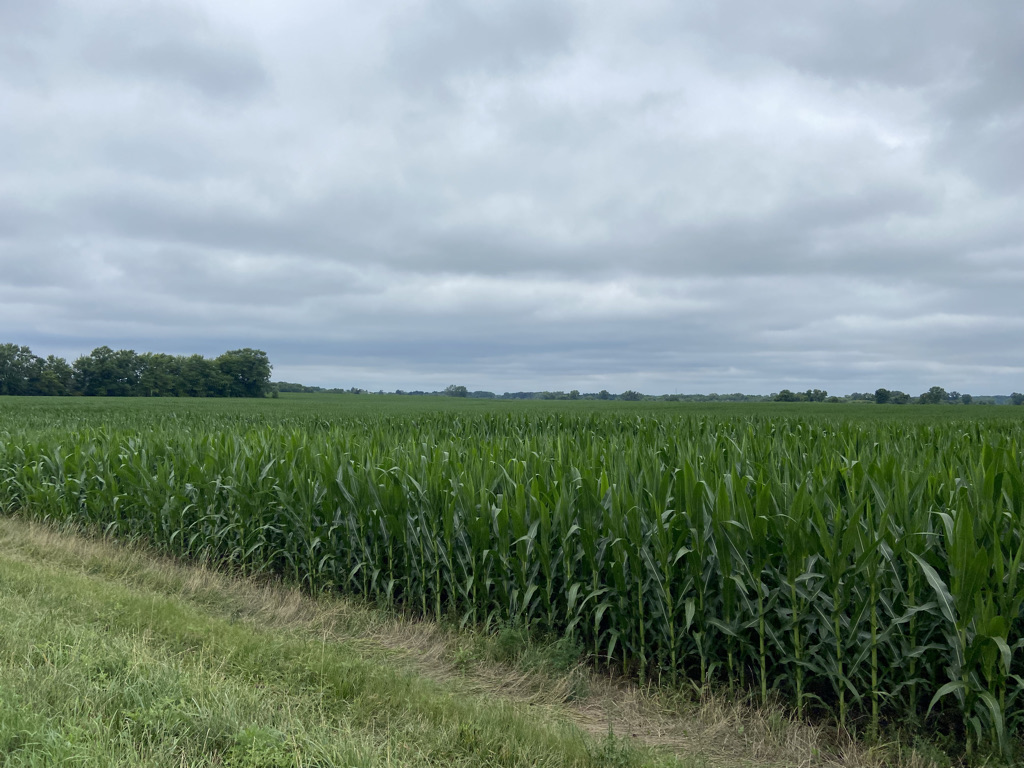 There was a lot of corn 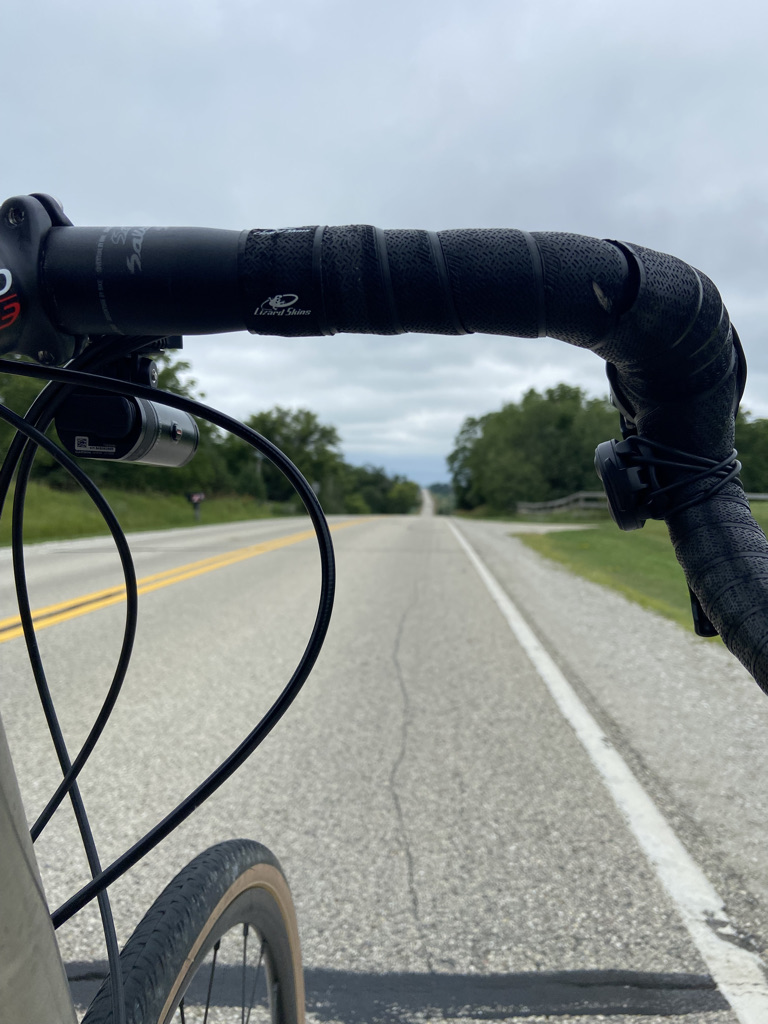 And the roads were incredibly straight 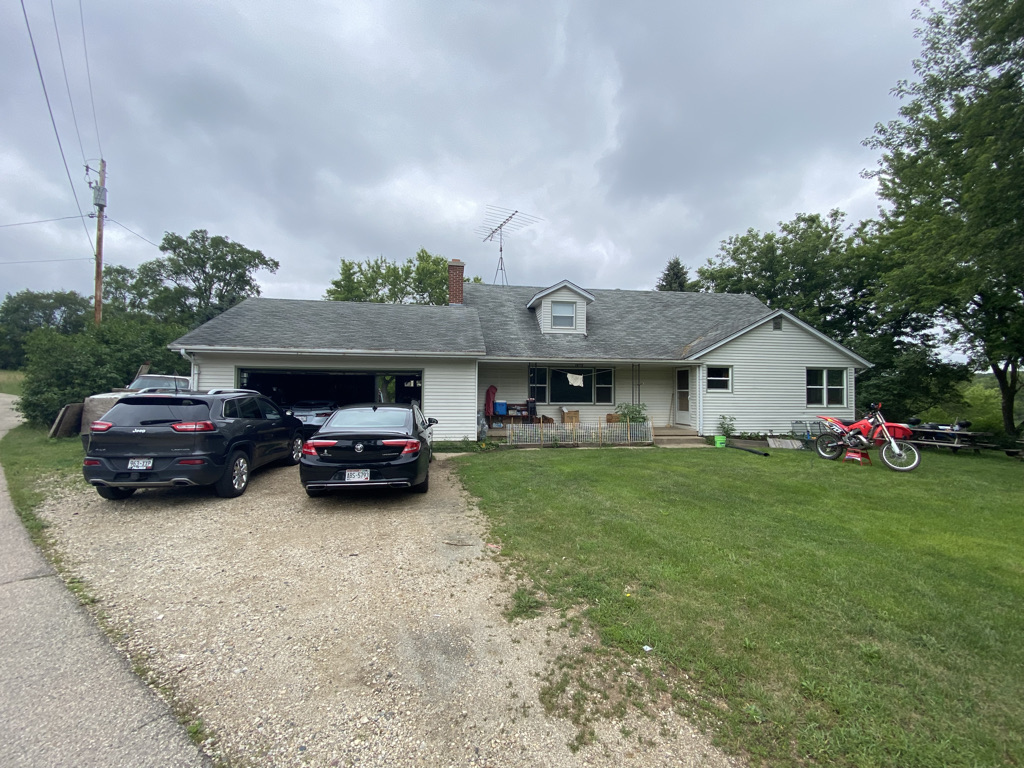 Finally I arrived at my great grandfather's farm and wanted to say hello to the new owners but no one seemed to be around. I was a little nervous about knocking on the door so I continued back on my course. 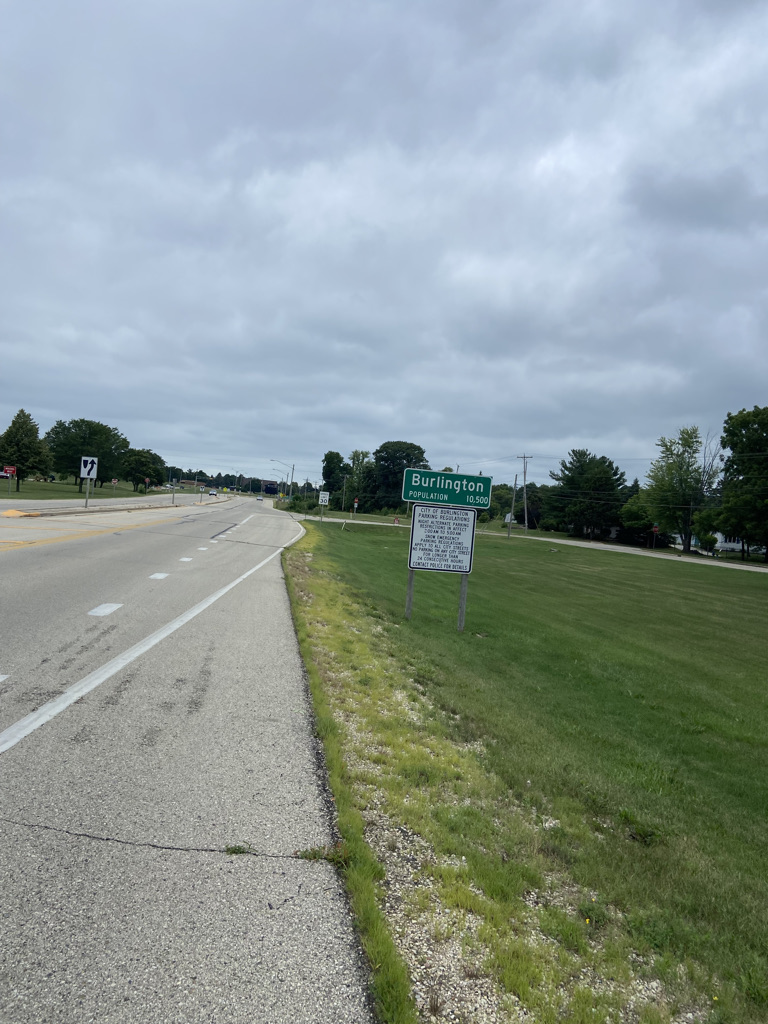 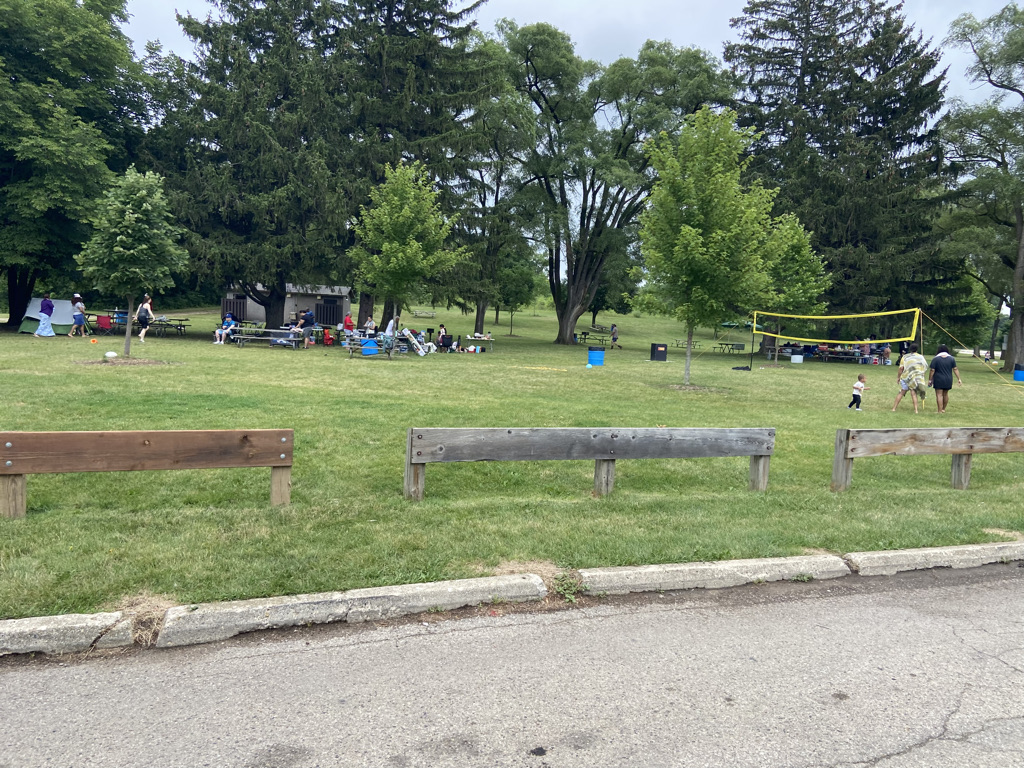 I stopped in at Brown's Lake where my great grandparents had their summer resort. According to the pictures that I have seen the rise behind those trees in the picture above was where the main lodge and dining facilities were located. My dad bussed tables when he was a kid. 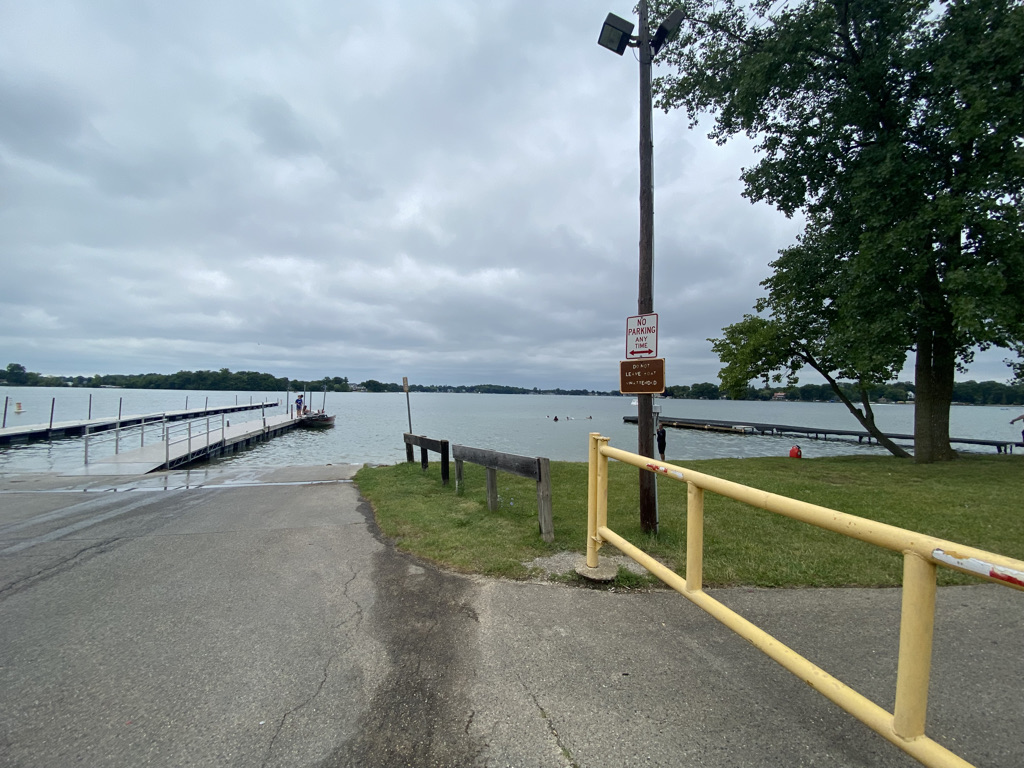 They owned quite a bit of water front that the state took through eminent domain. They said they would name the park after my great grandfather but it never happened. 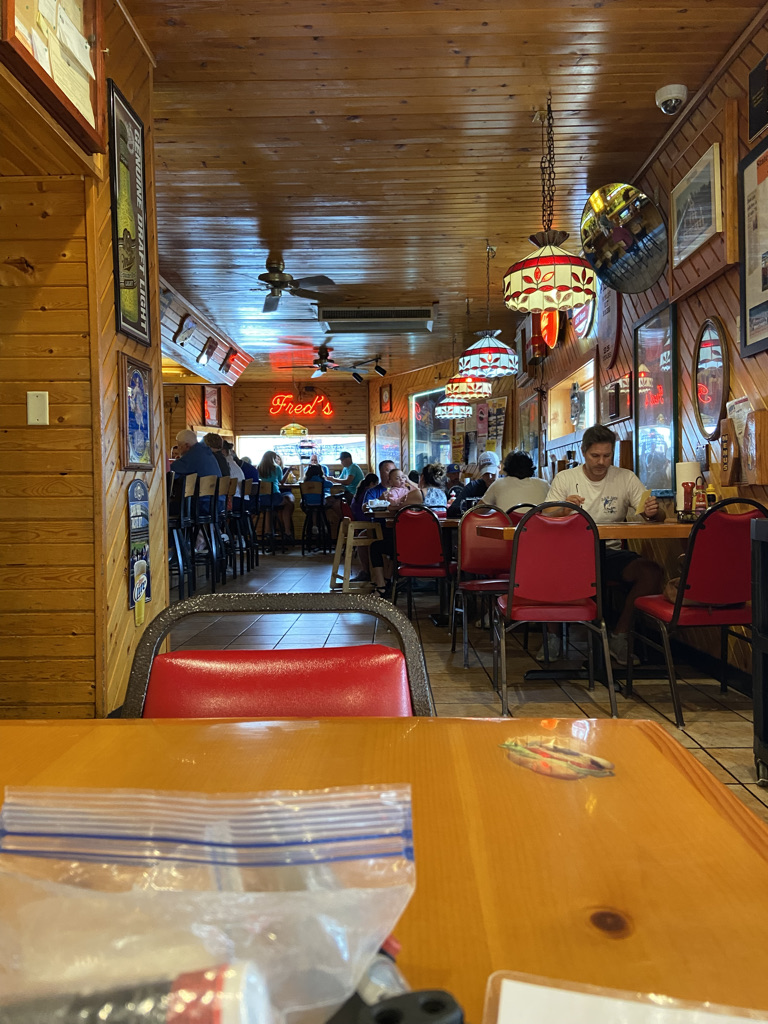 Then I was at Fred's for lunch 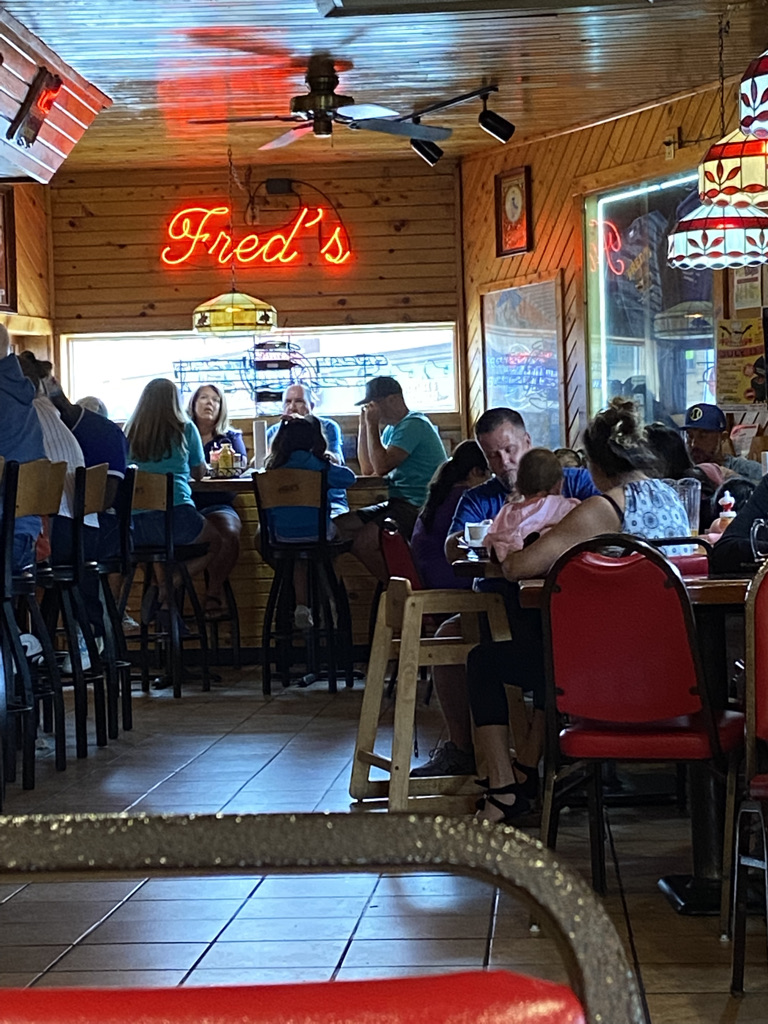 I must of sat there for 15 minutes before I asked server to make an order only to find out you had to go to the bar to order. 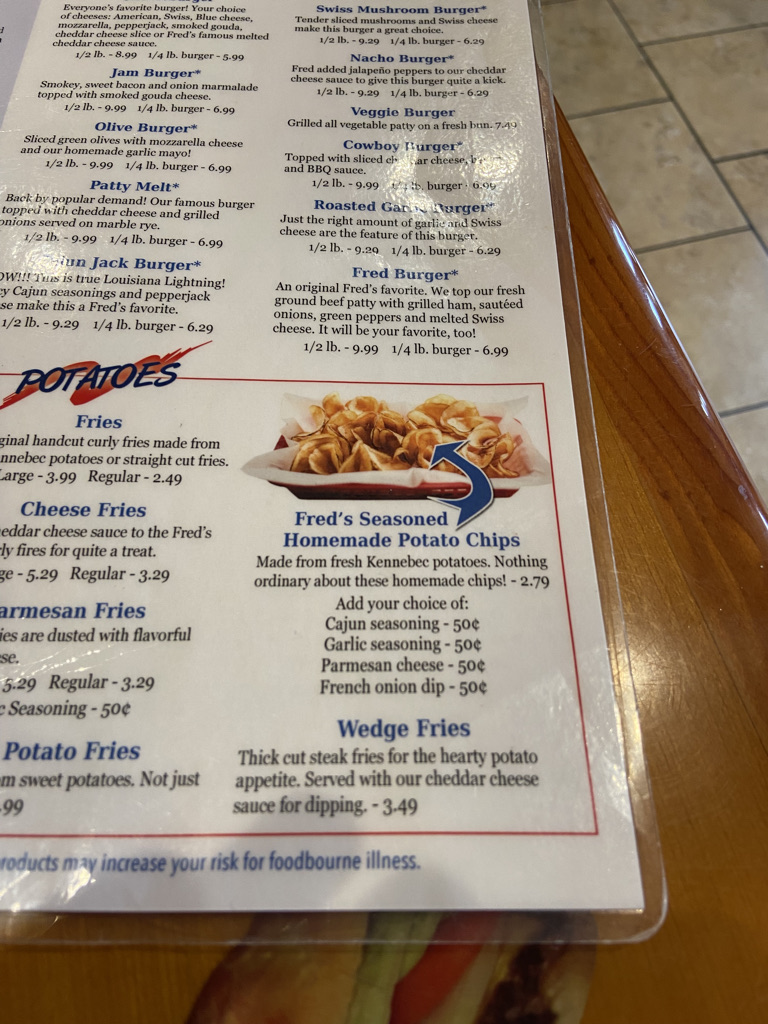 I got the Fred Burger, which was a 1/4 pounders, with ham and melted swiss on top. 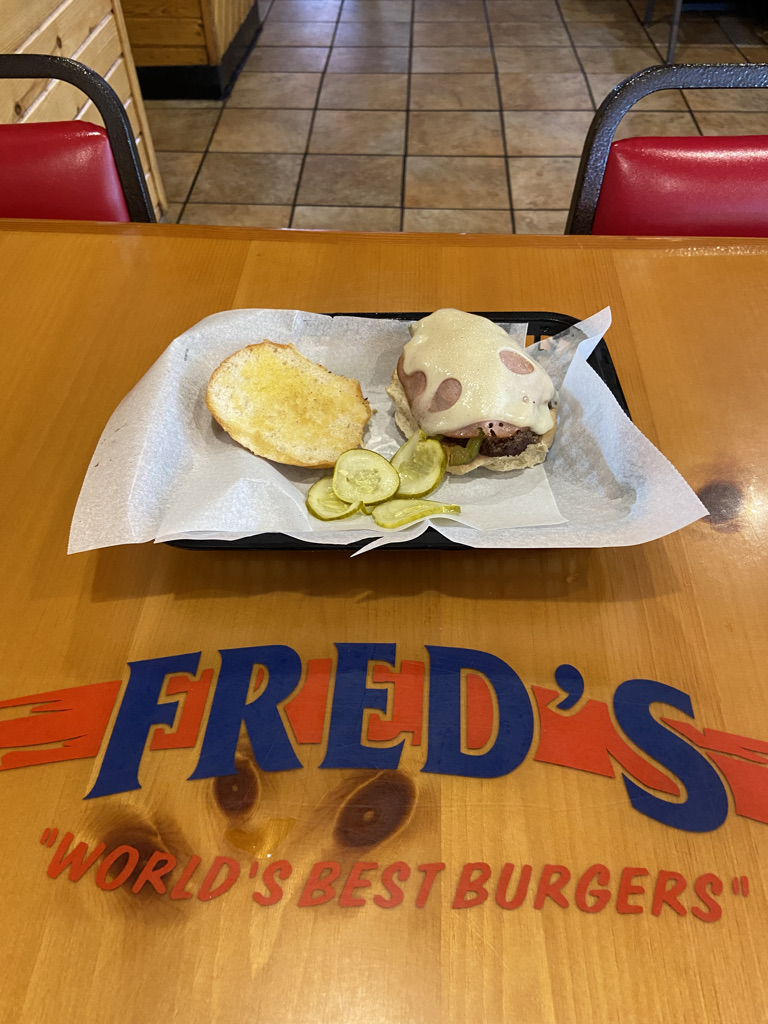 I also got their famous chips, which was a potato spiral cut and deep fried 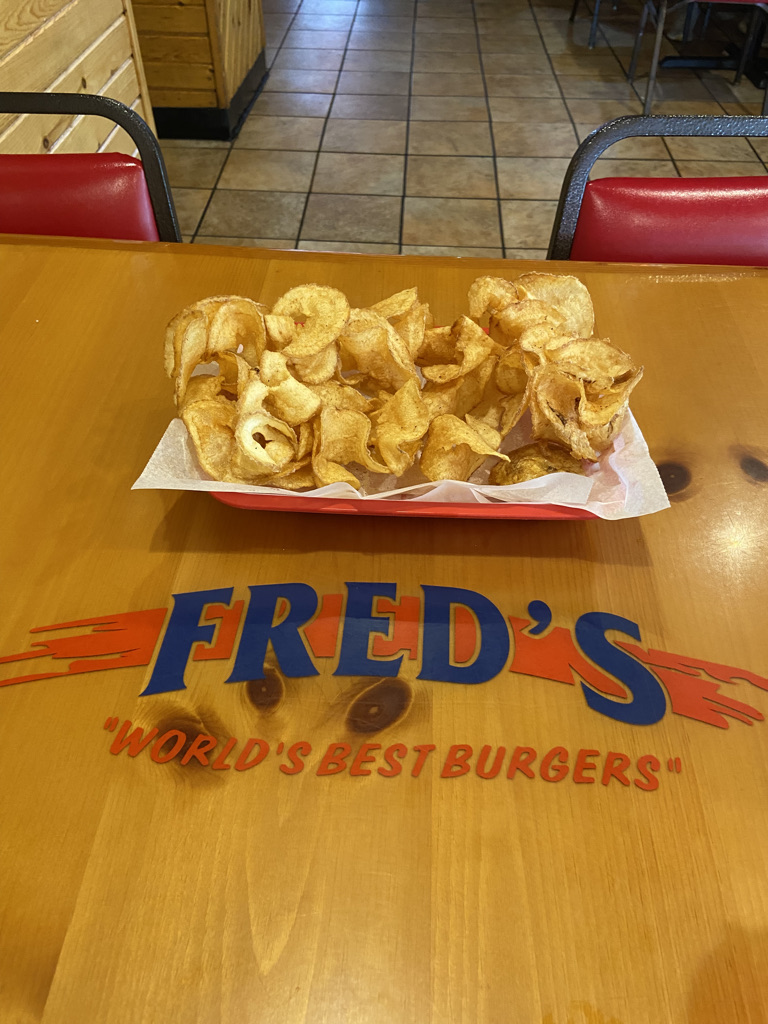 Washed all that down with a large coke and then headed south.
I got there in 4 hours and hoping that I would now have a tailwind I estimated that I could probably get back in 3 hours. 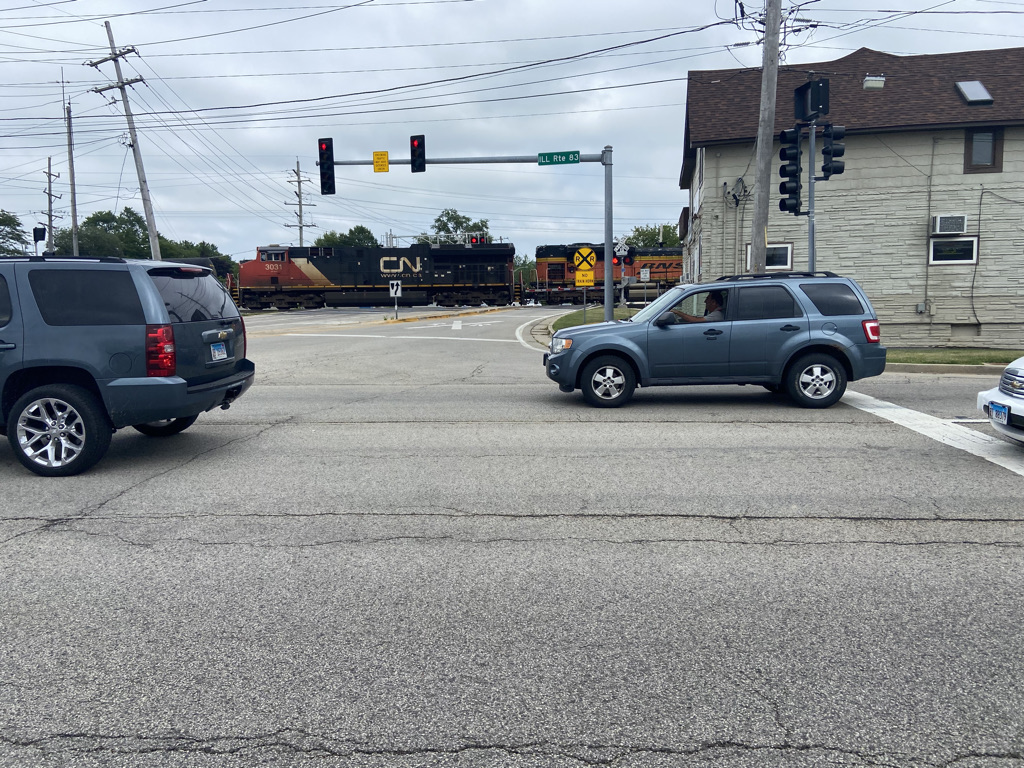 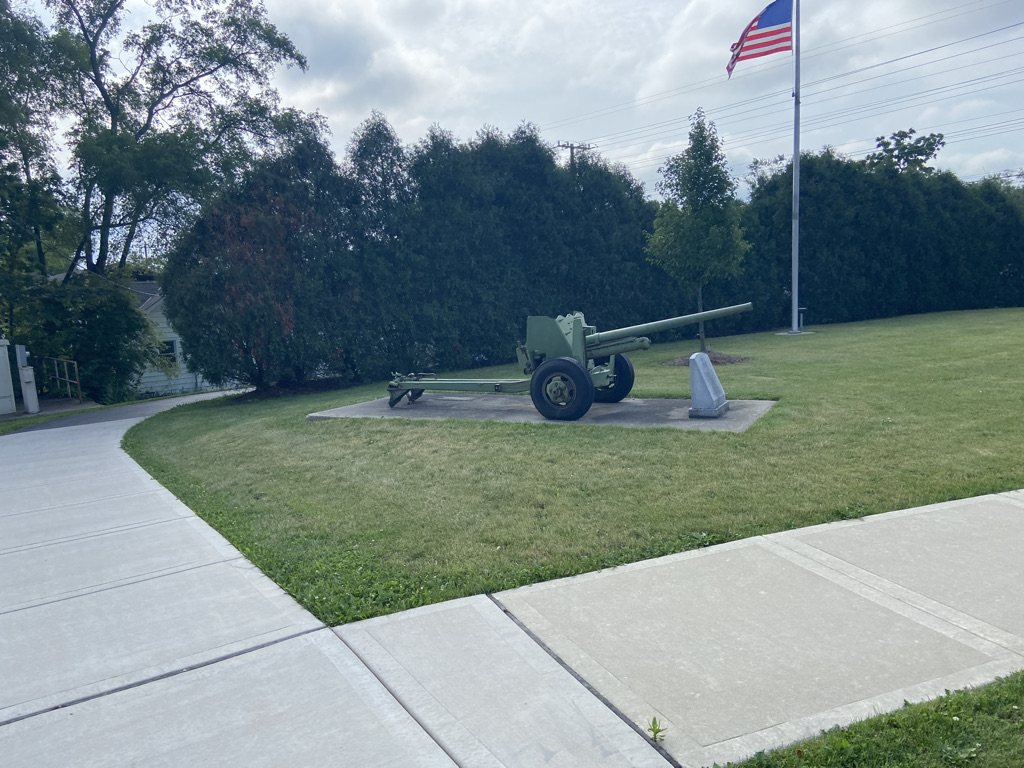 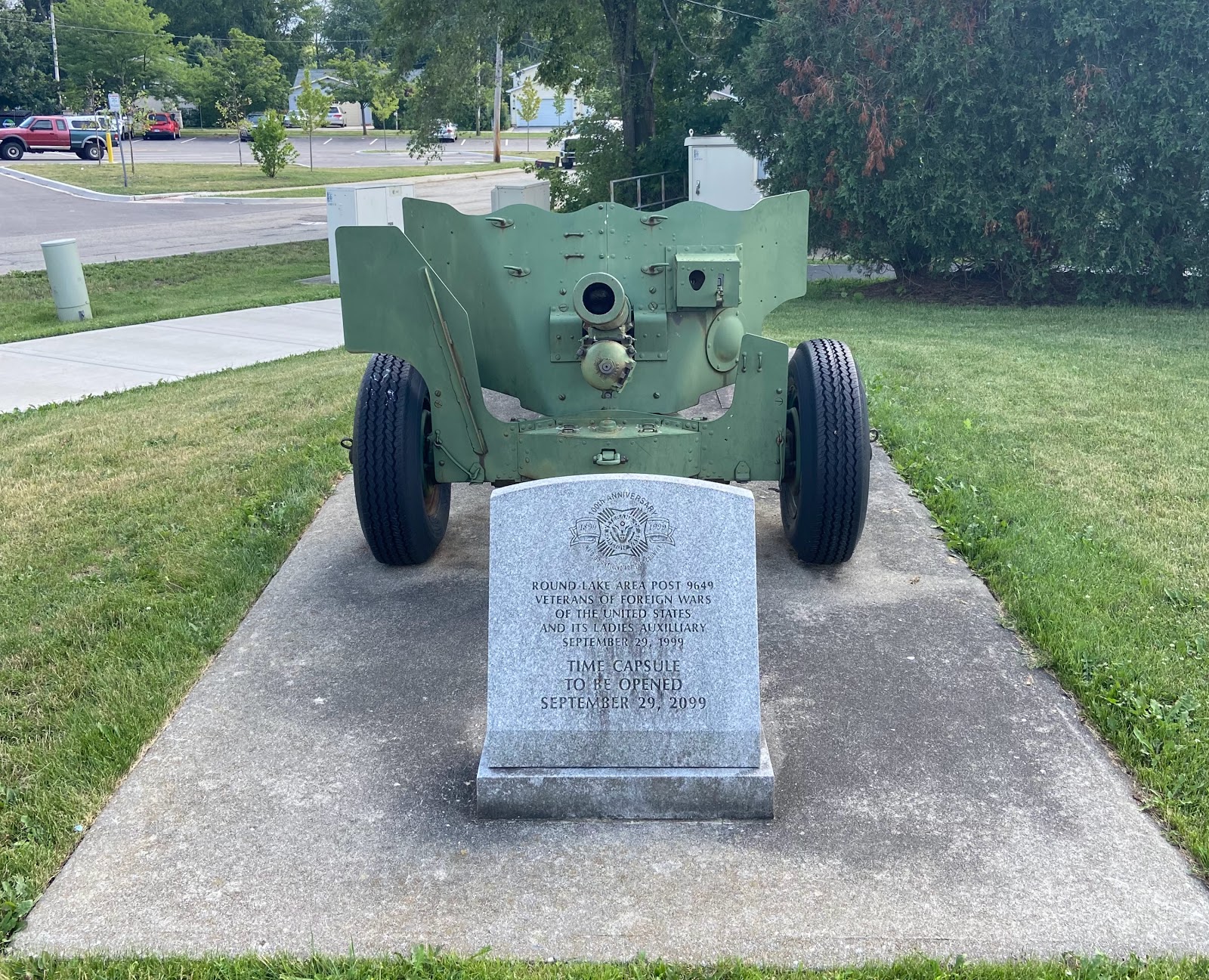 This cannon looks to be WWI vintage 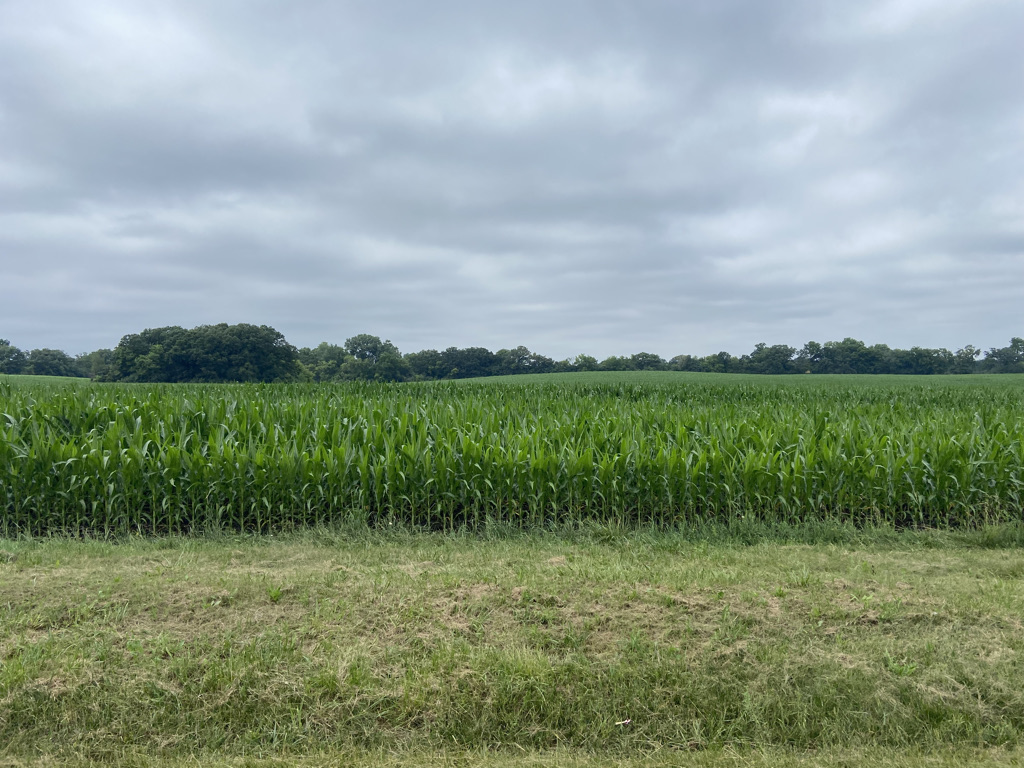 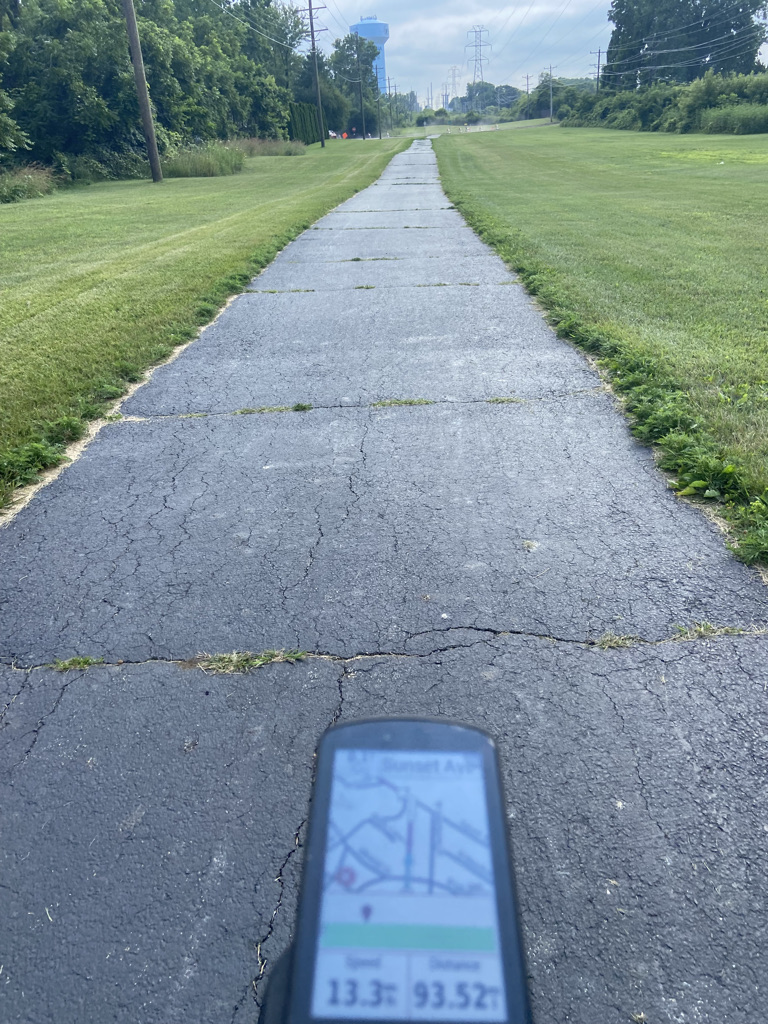 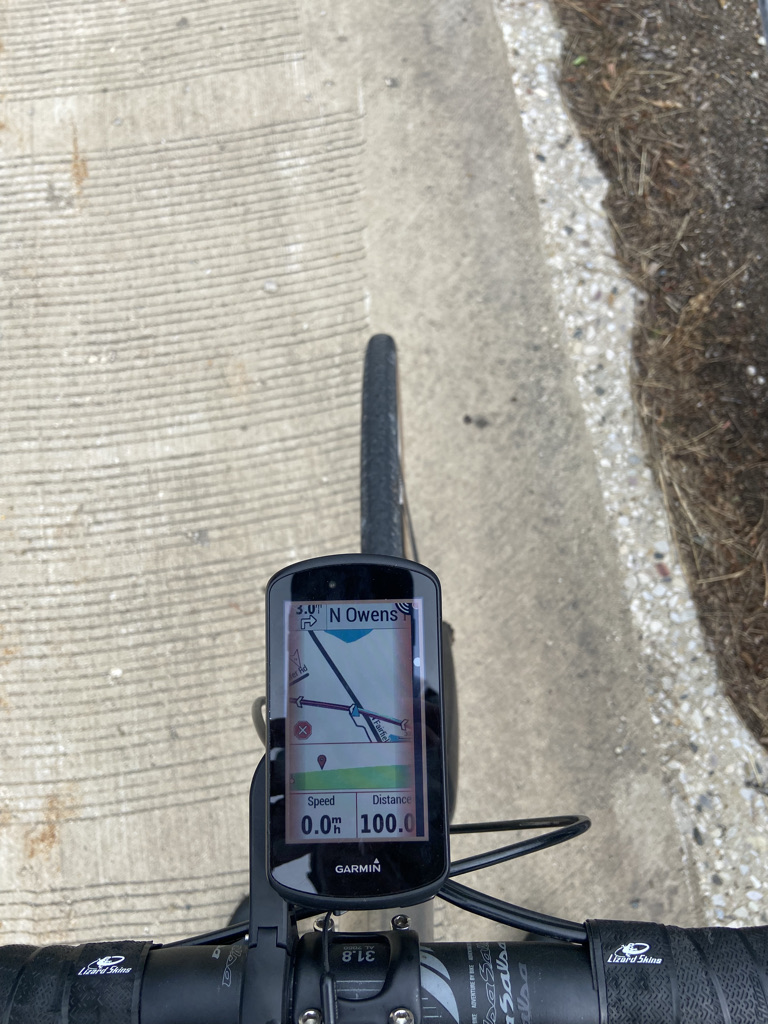 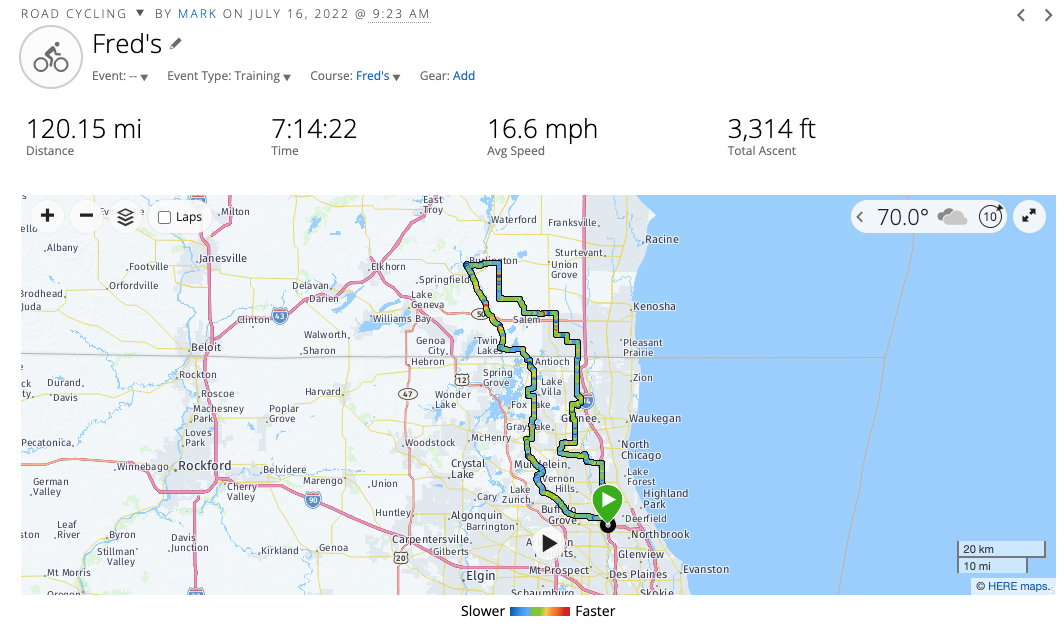 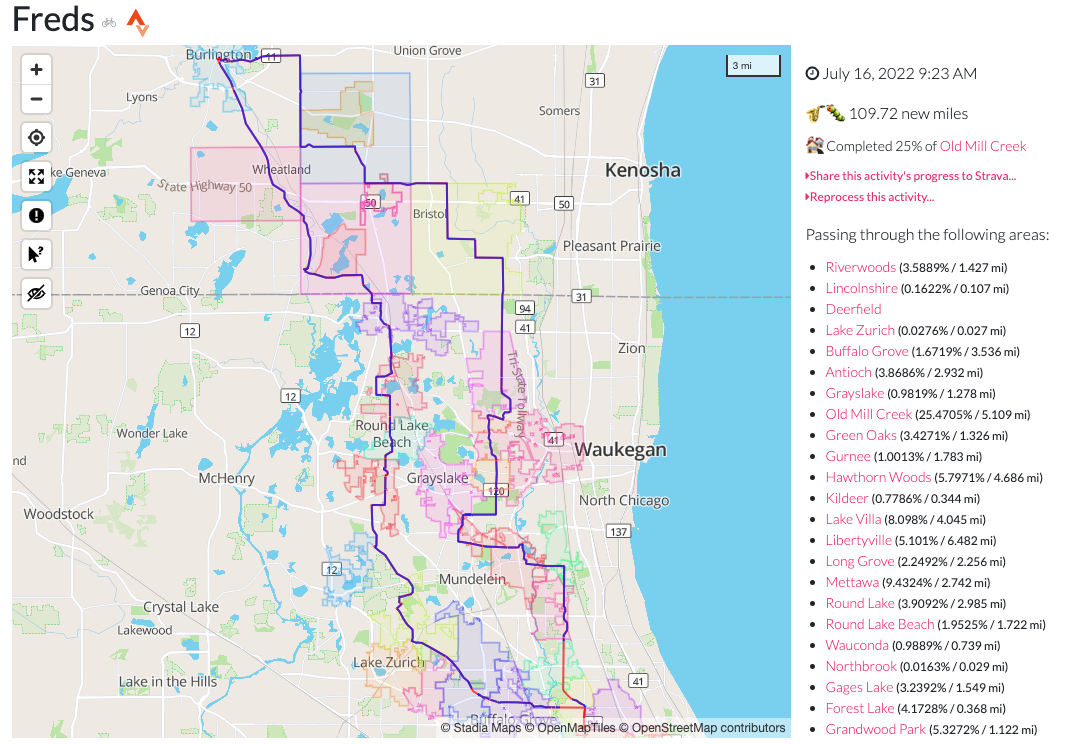