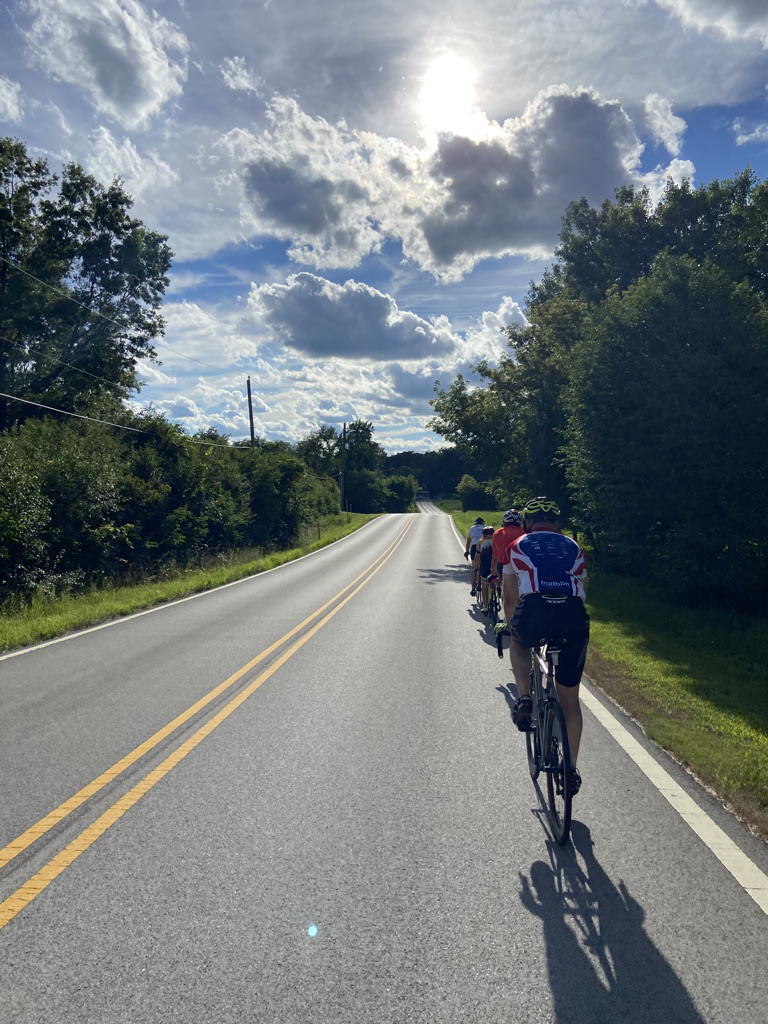 Following the advice from the group at Tighthead Brewing and I found the information about the Lake County Cycling Collective's Thirsty Thursday ride from Meetup. The ride started at the Buffalo Creek Brewery in Long Grove. 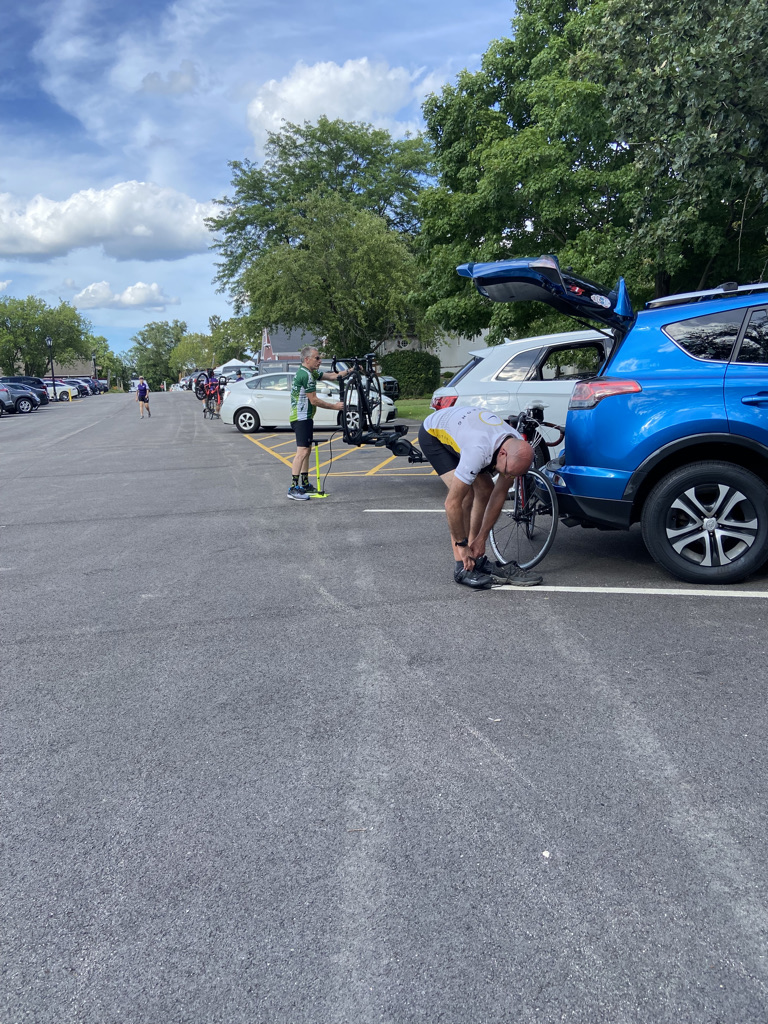 Since it was only 7 miles from Northbrook I rode to the ride. They have A, B, and C groups and I thought the A group, average speed 21 to 22 mph, might be too fast for me so I opted for the B group, whose average speed was 16 to 18 mph. 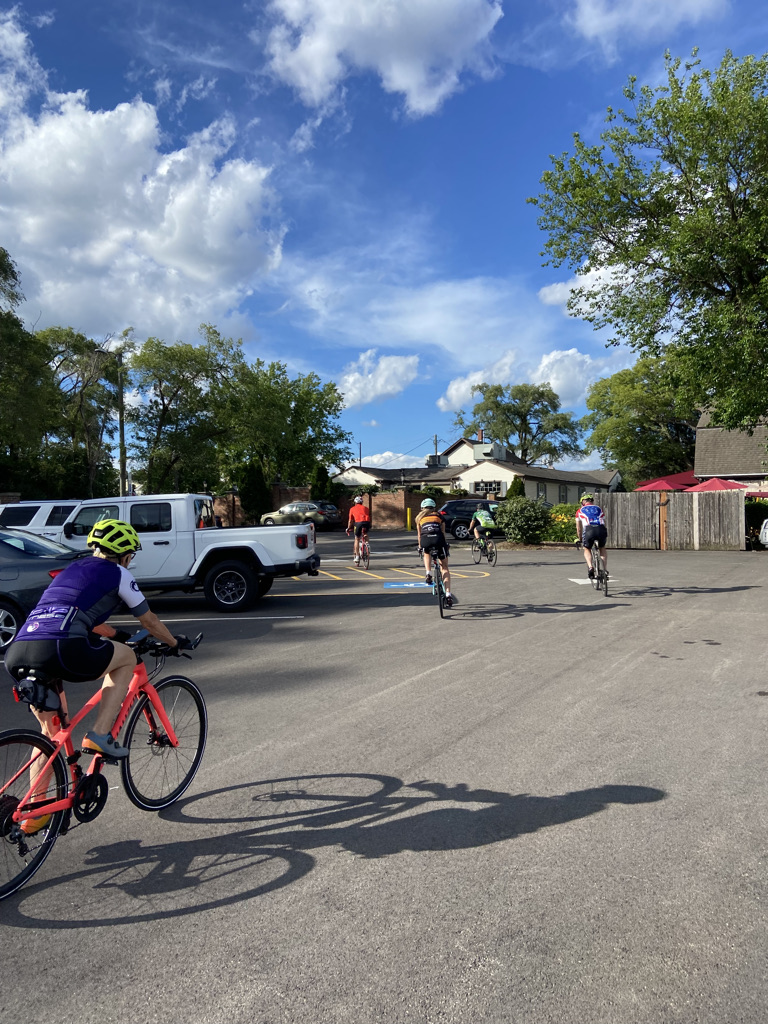 There was no C group ride leader tonight so the C's would try to hang with the B's until they couldn't. 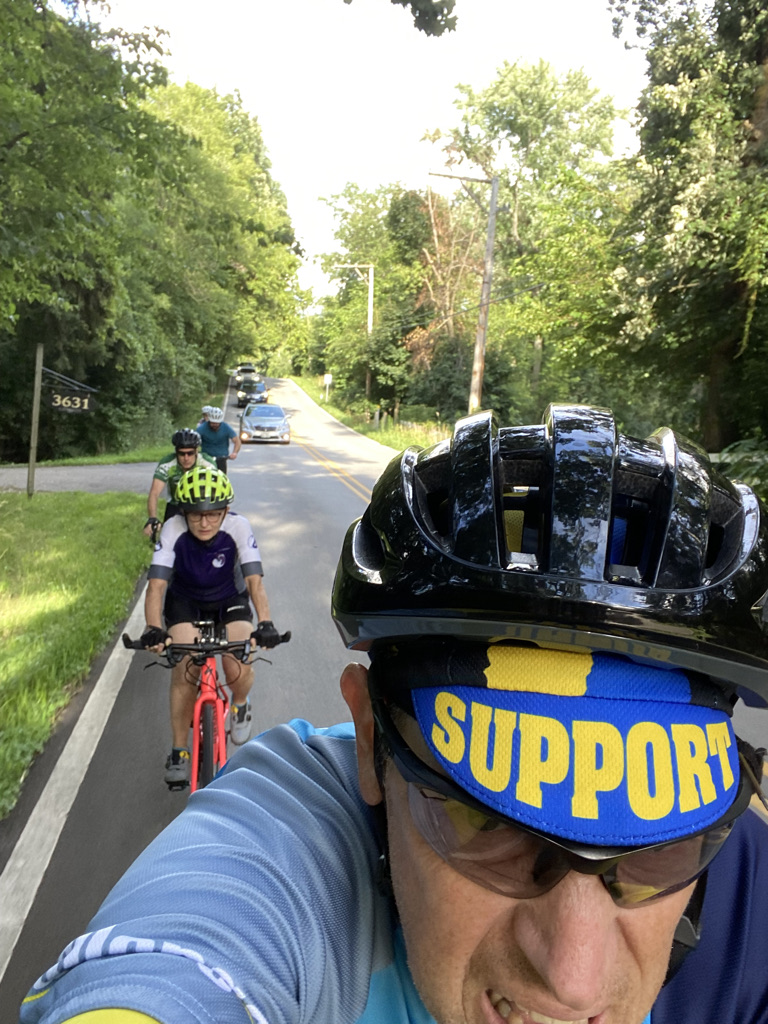 We headed due west on Cuba Road and it was really straight. I was surprised to see no one had Garmin Varias. 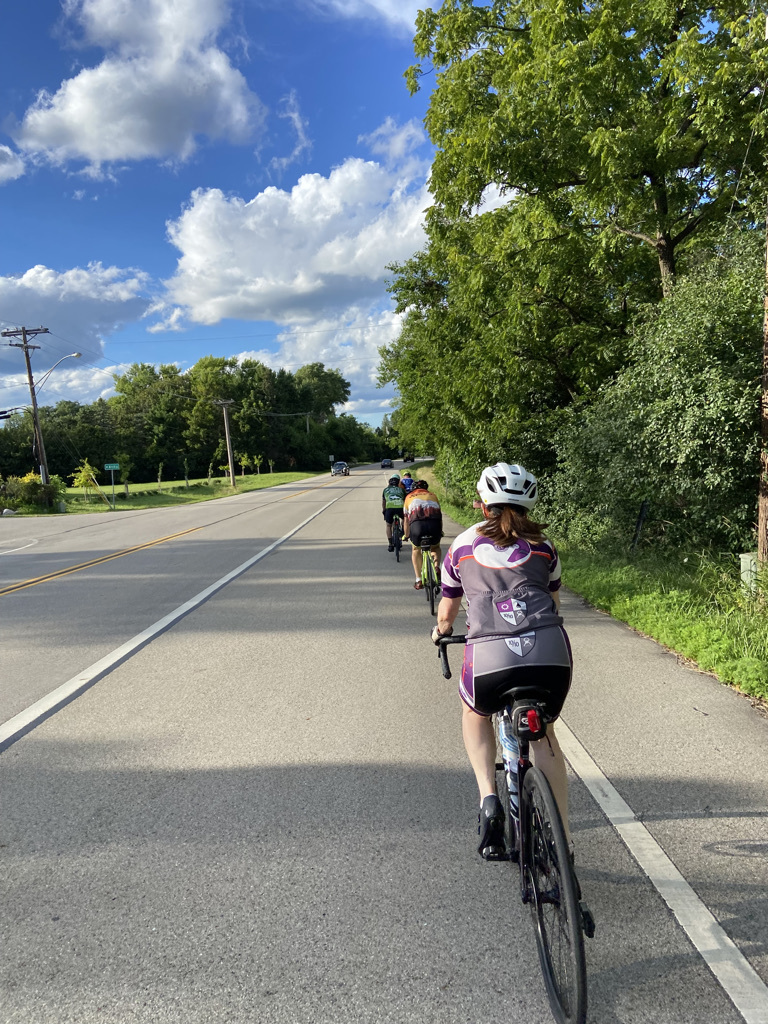 I was on the front for the whole time on the way out, switching off pulling every couple of miles but then at the turn around point my front brake started clicking again so I hung back. 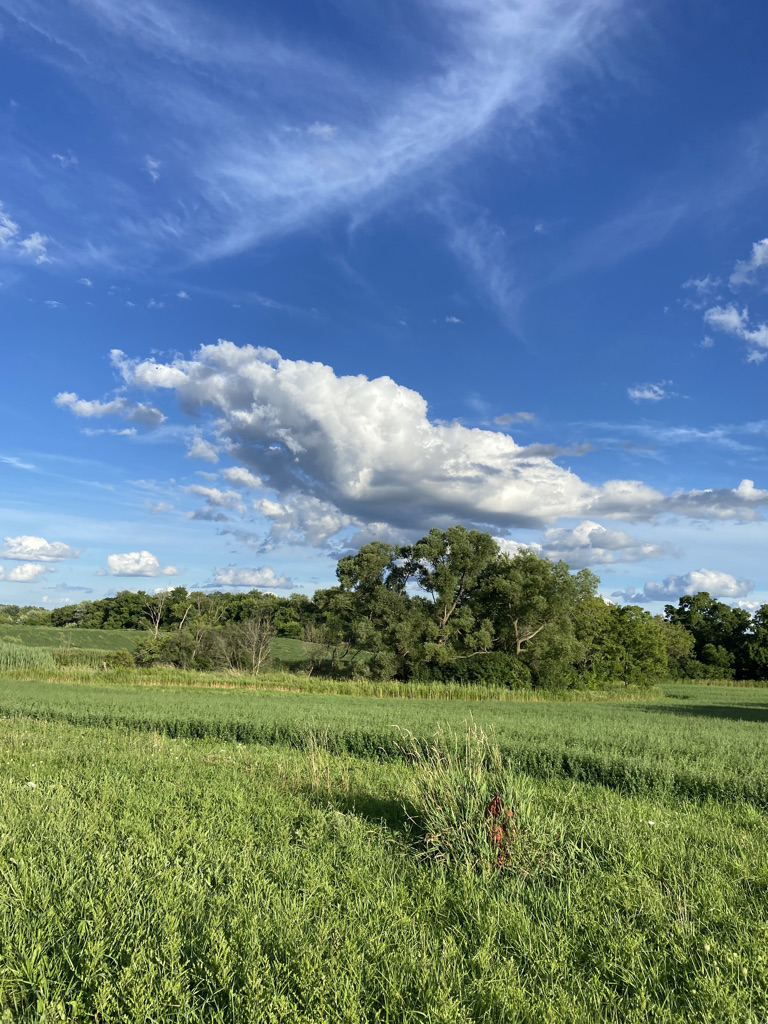 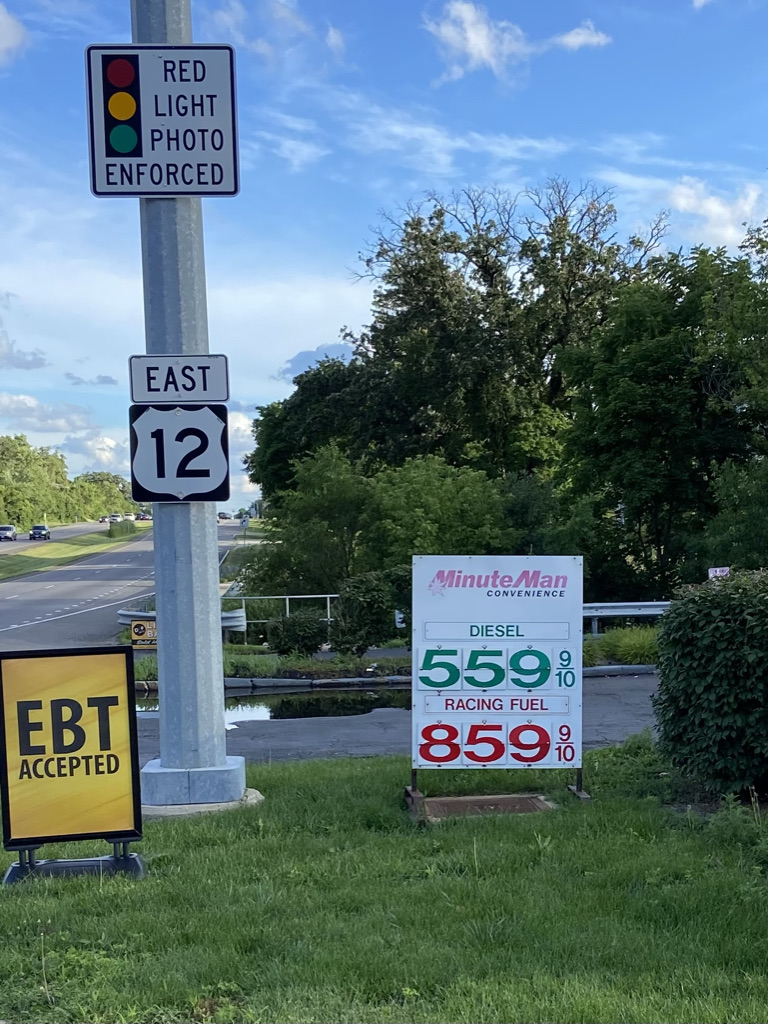 I came to the conclusion that the brake cable must be catching on the cable housing end and it didn't appear to be preventing me from braking so I poured on the racing fuel and went back to pulling and hammering in the front. I got some education on this ride, too. About 3 miles out from the brewery, I was on the wheel of the lead and she used her fist to pound her right leg. Looking ahead I didn't see anyone or anything on the side of the road that would be an obstruction. She started moving left, so I started moving left and then I just shot out and took the lead. 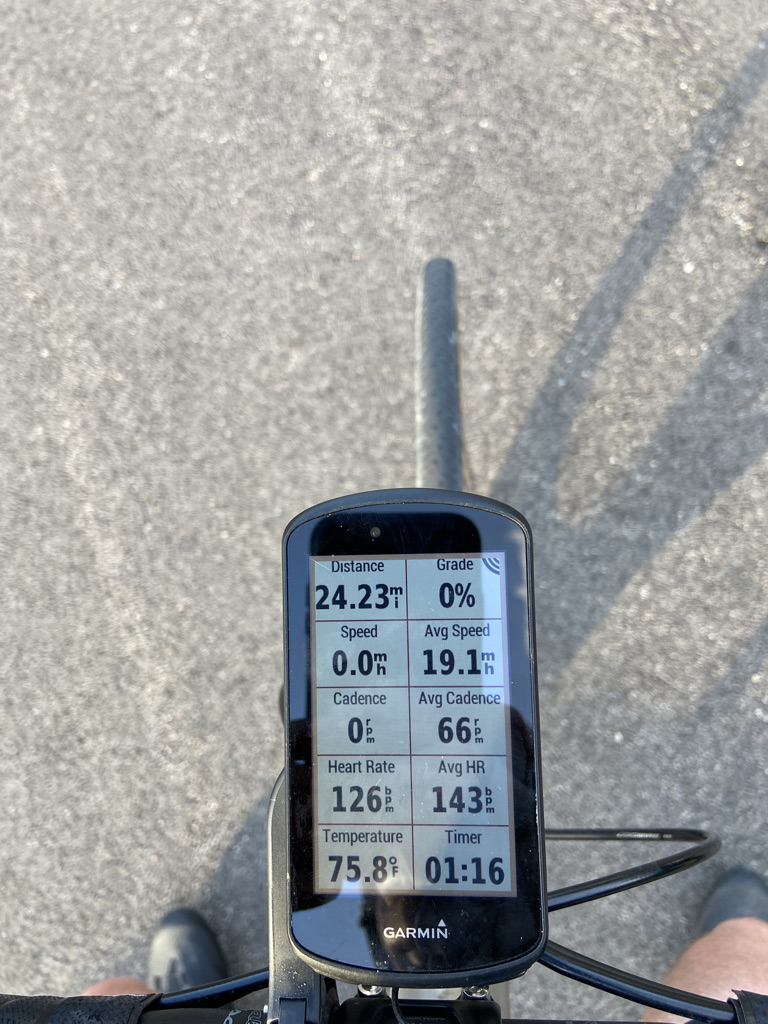 I have never ridden this fast before and I felt great at the end of the ride. While we were drinking beer the woman explained to me that her single meant for the person behind her to take over pulling.  I told her we used that signal for an obstruction on the side of the road and to take over the lead we just pumped our elbow back and forth. Learn something new.  Ending at a brewery is of course a bonus and the riders I spoke to were the nicest people. I am definitely riding with these guys again the next time I am in town! I hope they still do group rides in November because I am going to spend another month and do Thanksgiving with family this year.
at 10:00 PM