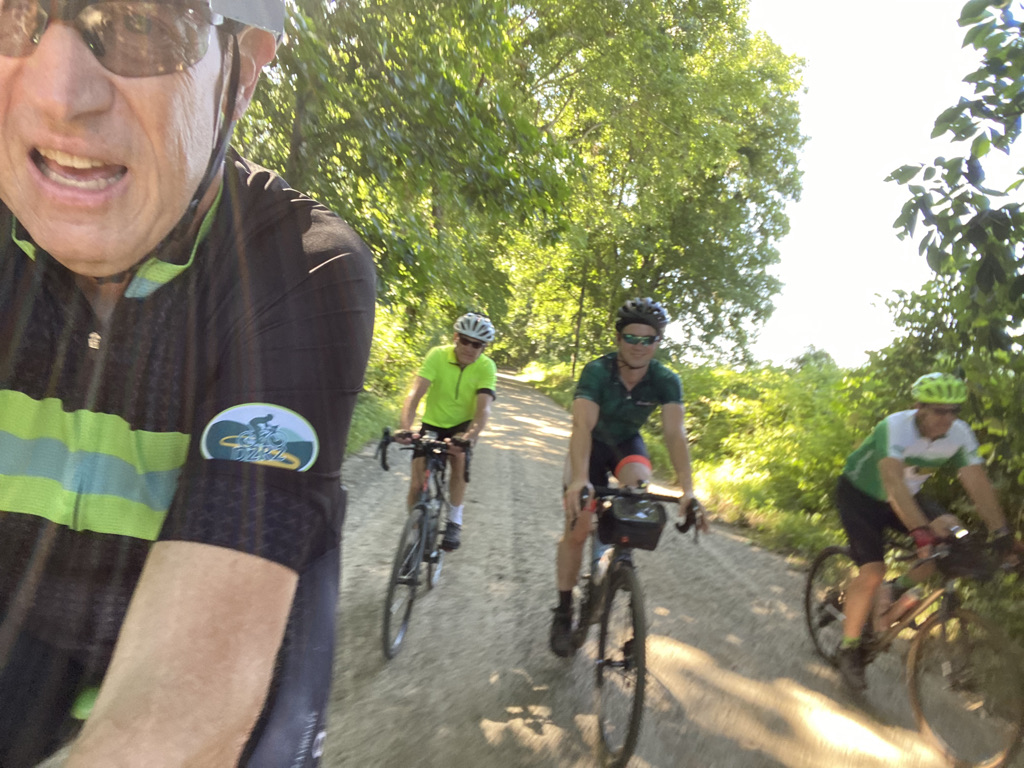 Mike, Marshal, Scott and I went out on Sunday to ride a little gravel from Roxbury Town Hall. Afterwards, we would get Ferris Acres ice cream. I layed out a route inspired by my late friend and cycling colleague, Andy Engel. First dirt on this route is the second climb of the ride on Old Roxbury Road. 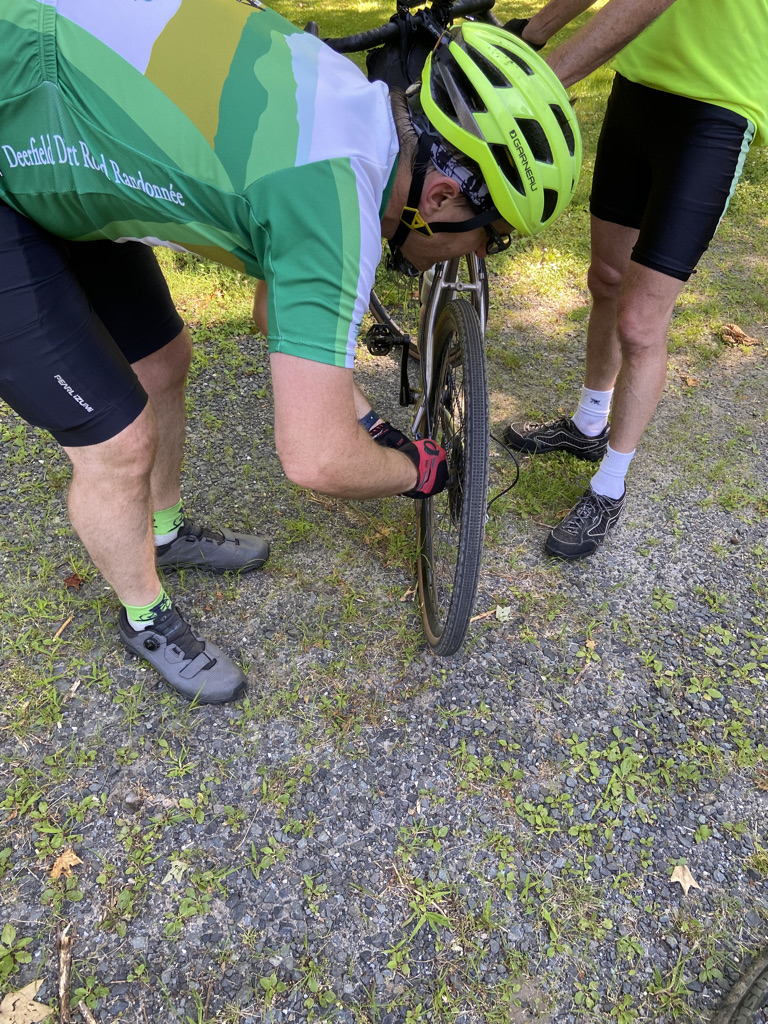 Before we even got to the dirt and before the first climb Mike had to fix his brakes. His bike had just come back from the shop and the brakes weren't quite aligned properly. 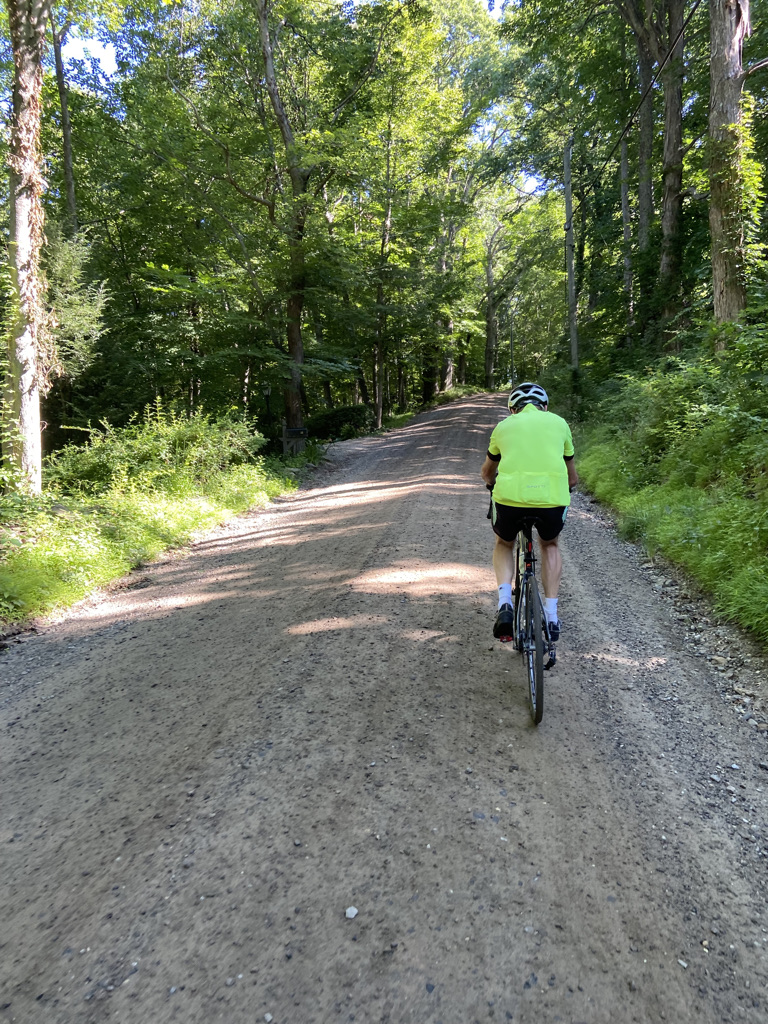 The next few miles of dirt roads was pretty uneventful but riding in the shade on this hot day sure made the route pleasant. 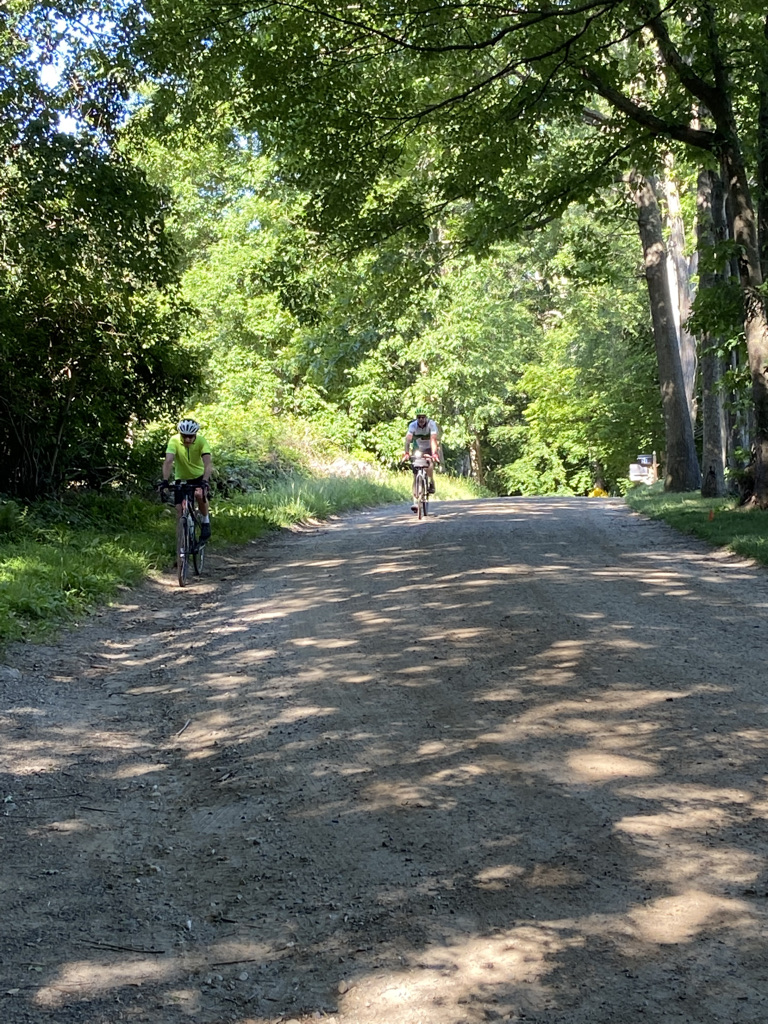 From Dorothy Diebold we hit a paved section on Painter Hill but that was short lived because we turned onto Moosehorn. 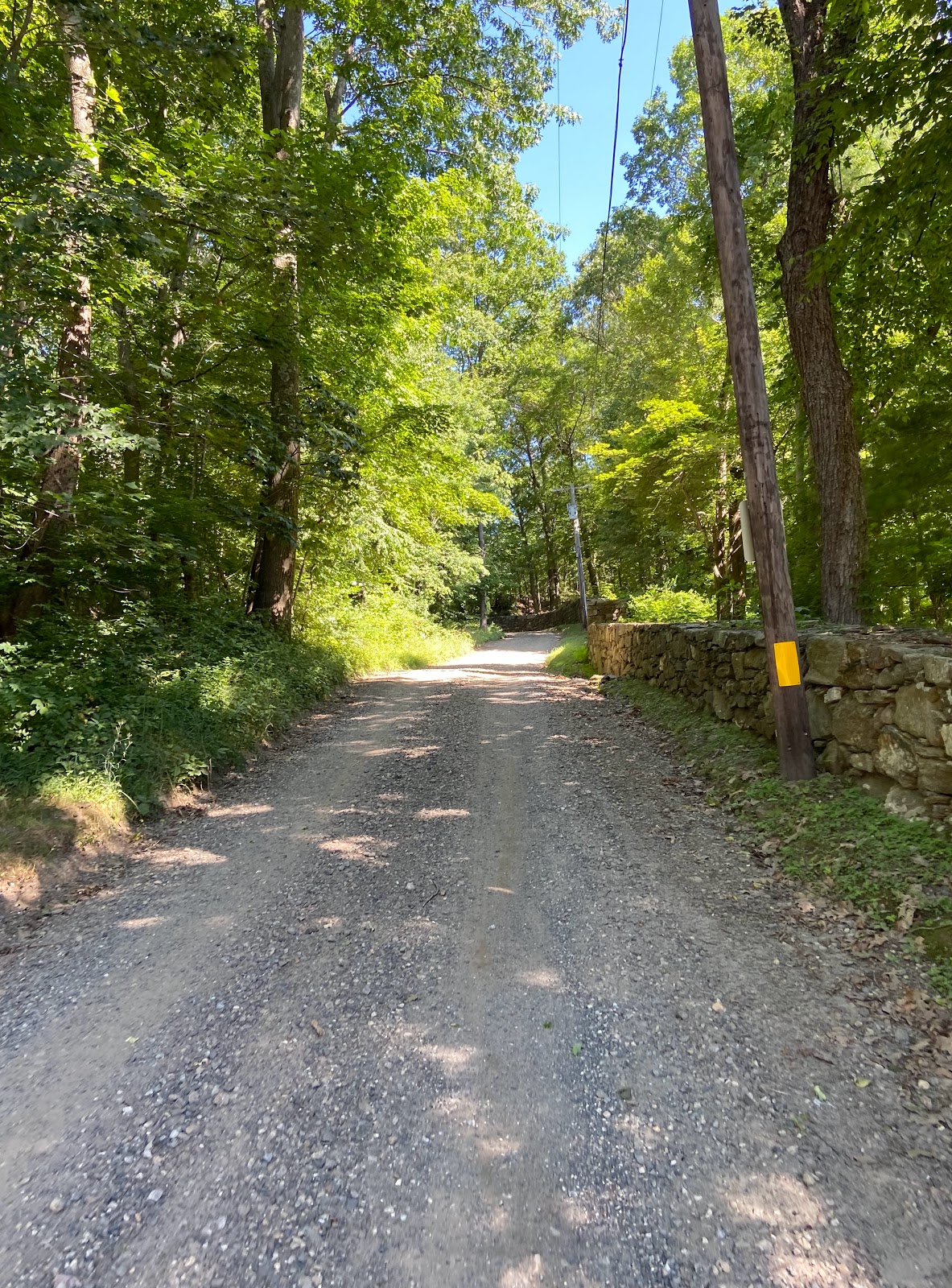 Moosehorn is a perennial favorite that's best ridden from Painter Hill to Davenport Rd.  It has a 90 degree turn at the bottom of a 12% grade which if taken too quickly you will be off into the woods. 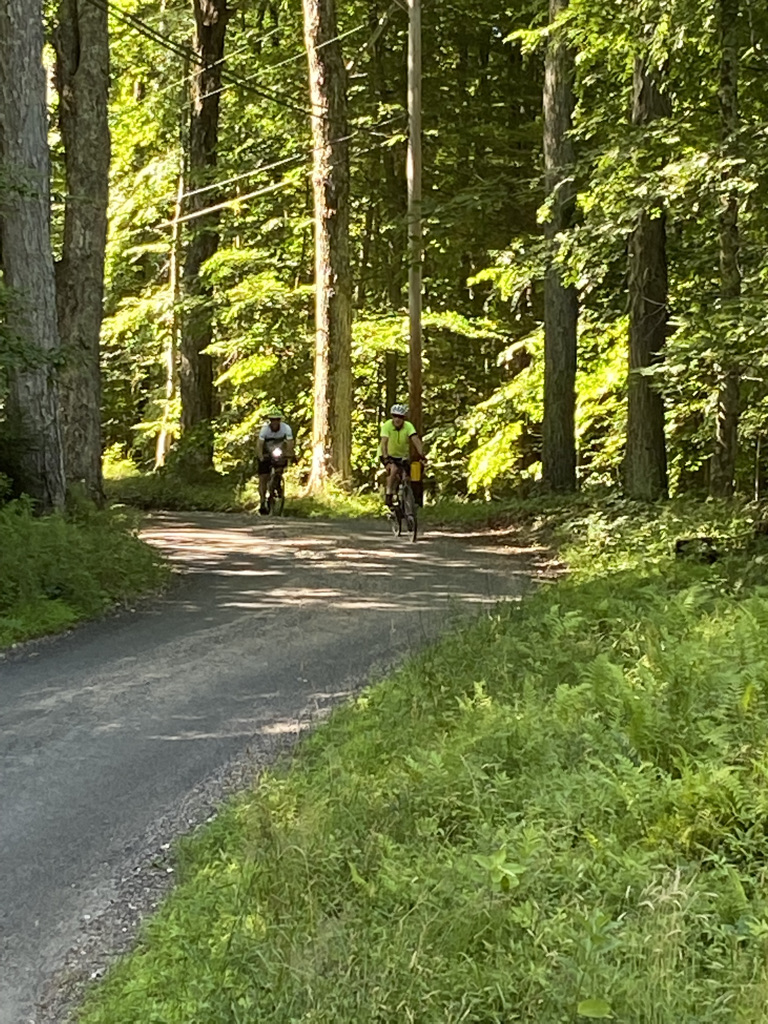 After an average 10% climb you descend down until you hit Davenport Road. 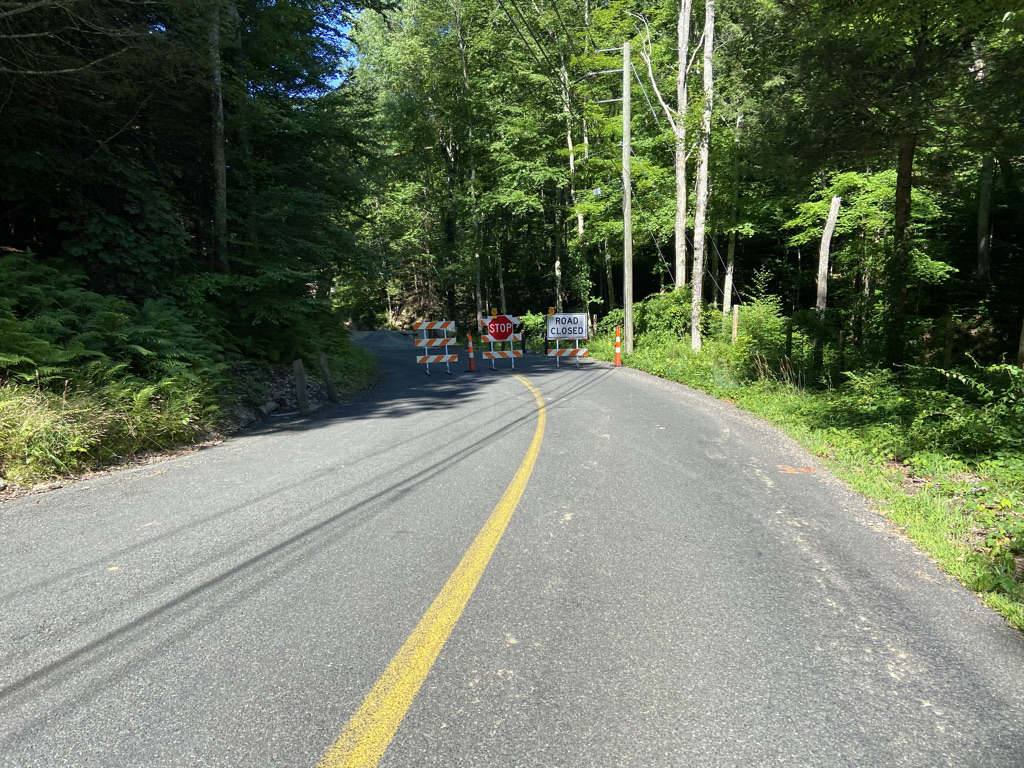 Descending Davenport towards Battleswamp we were surprised to learn that the road was closed. 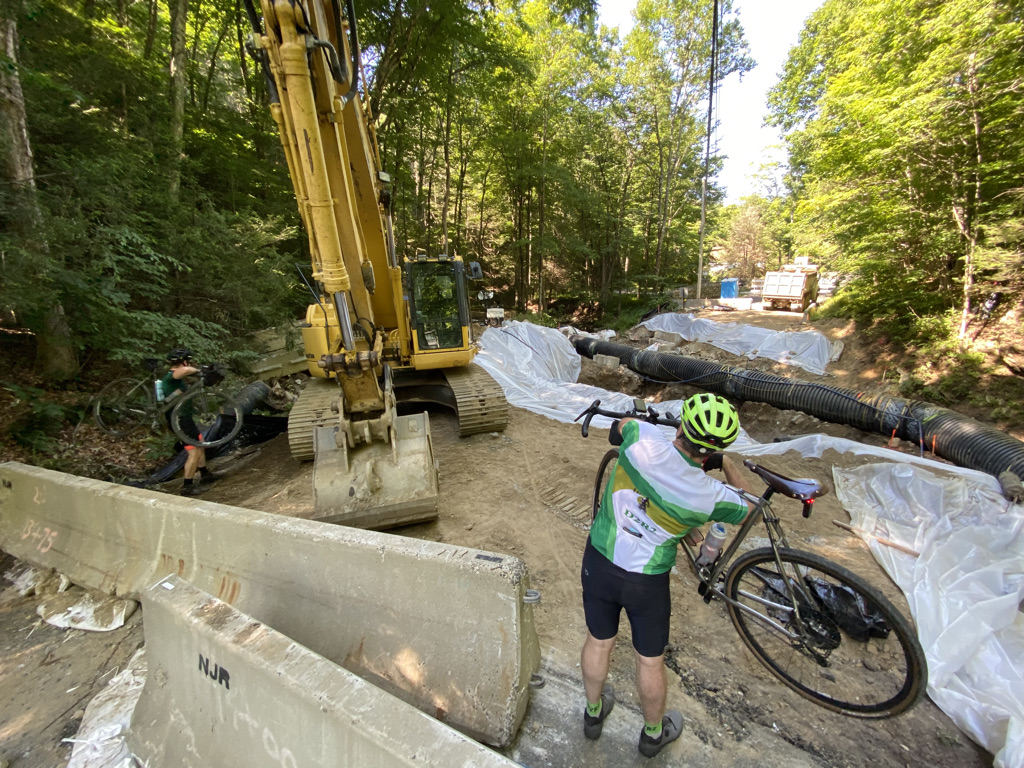 Because the bridge was being replaced 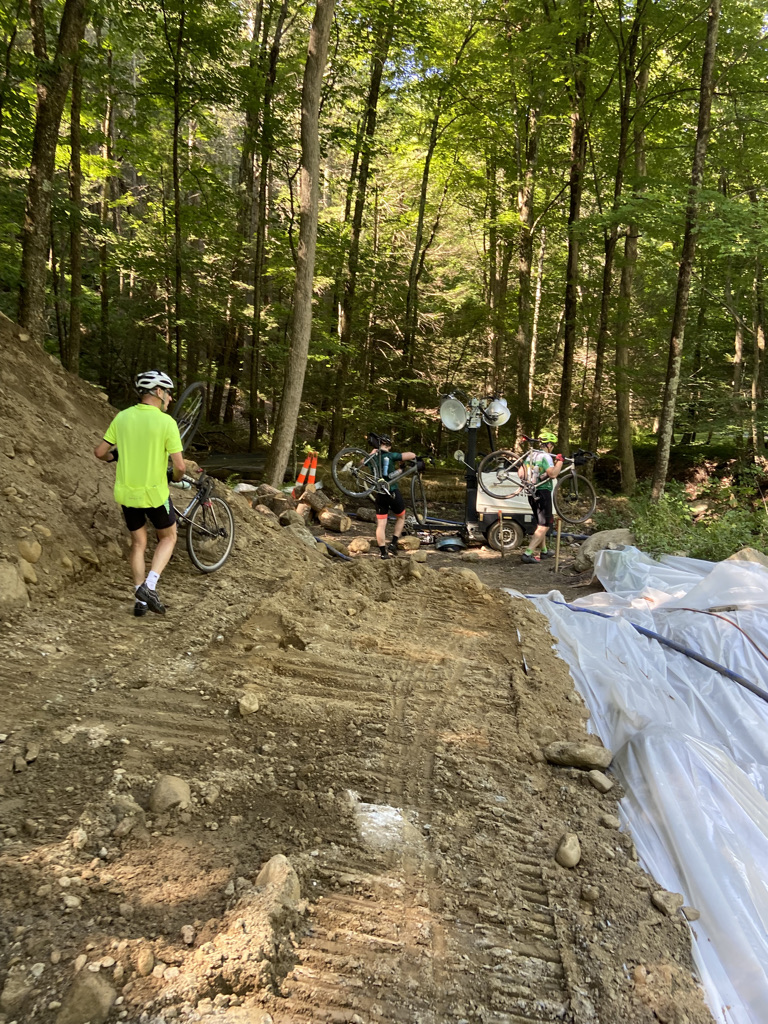 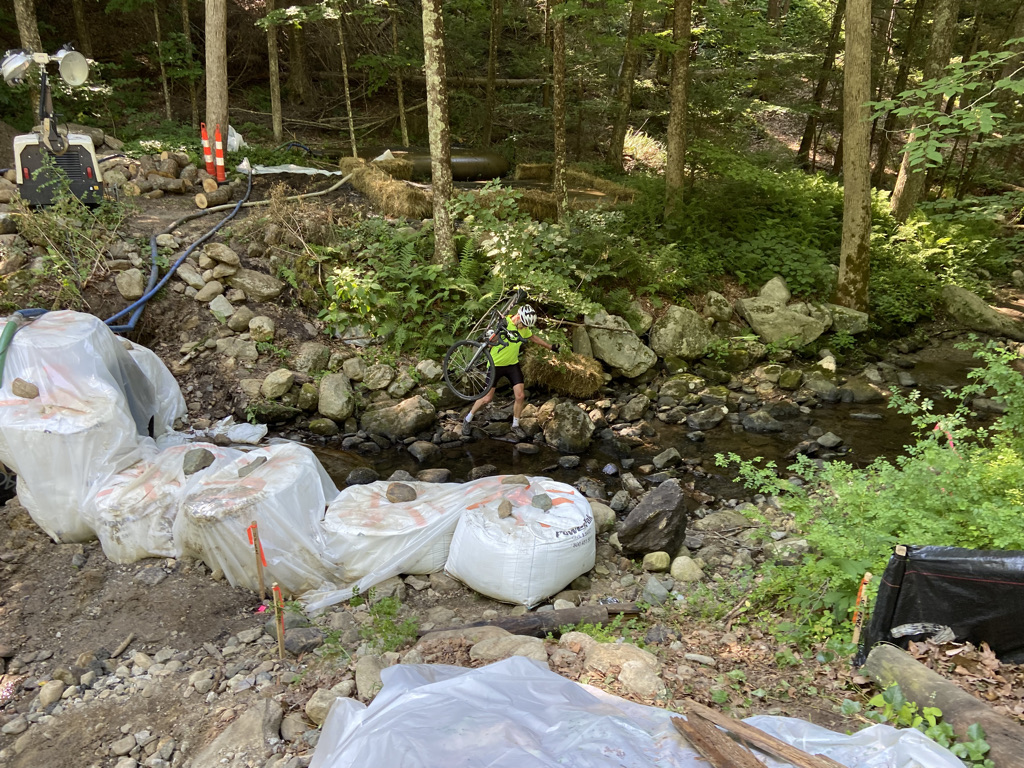 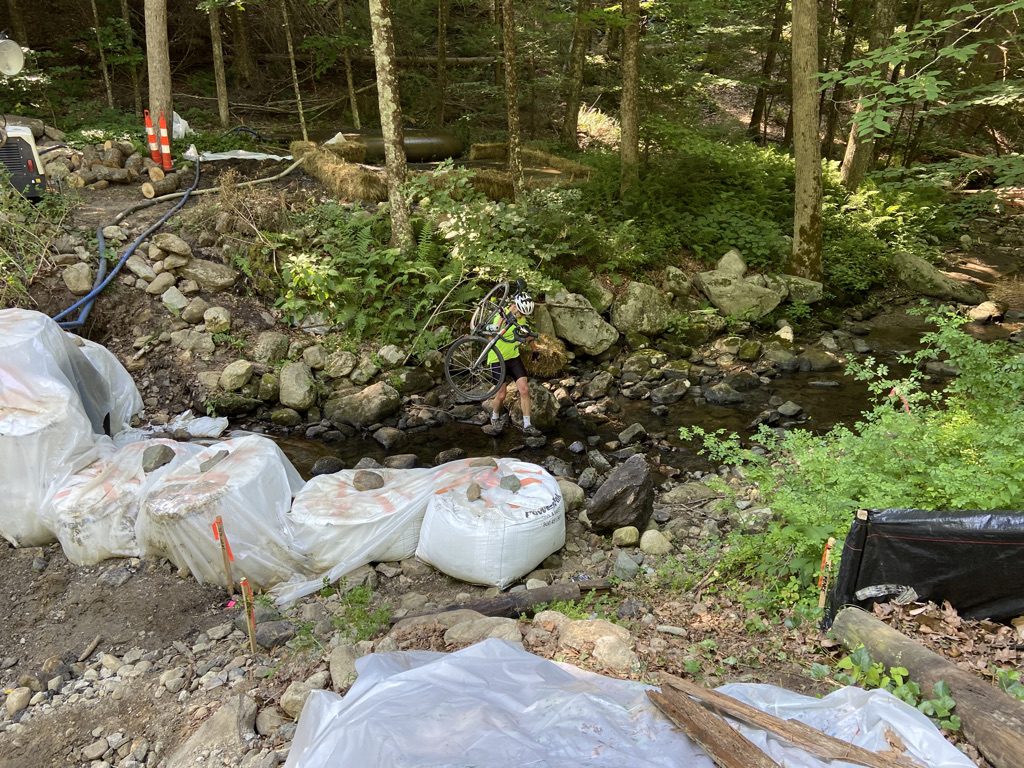 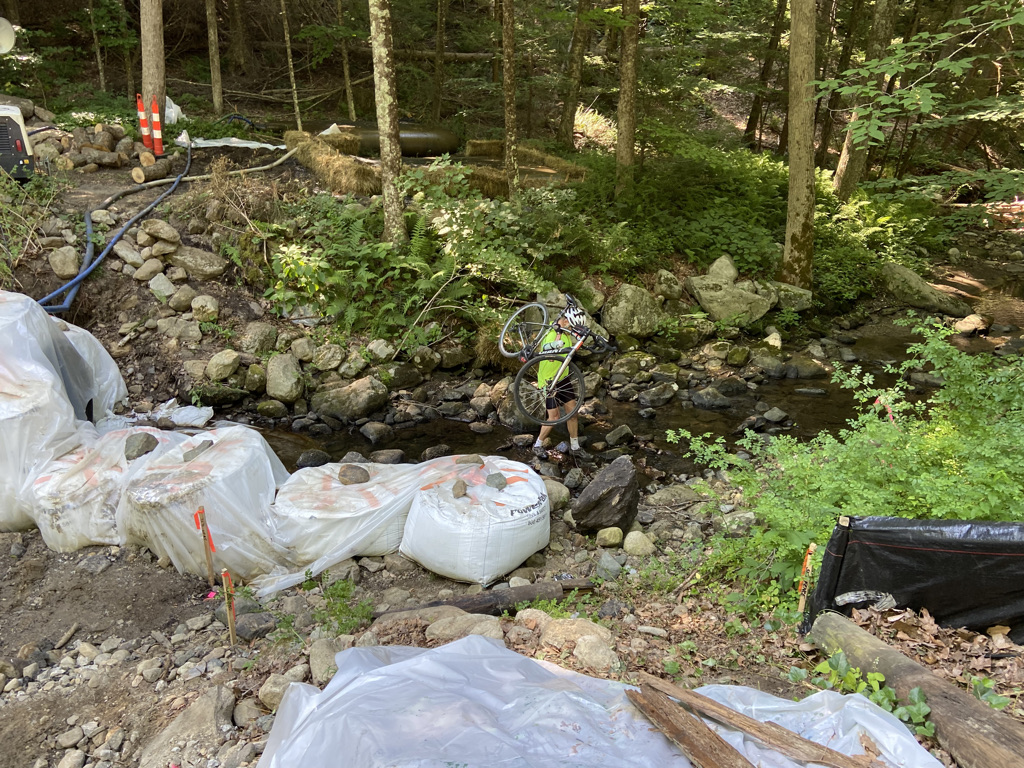 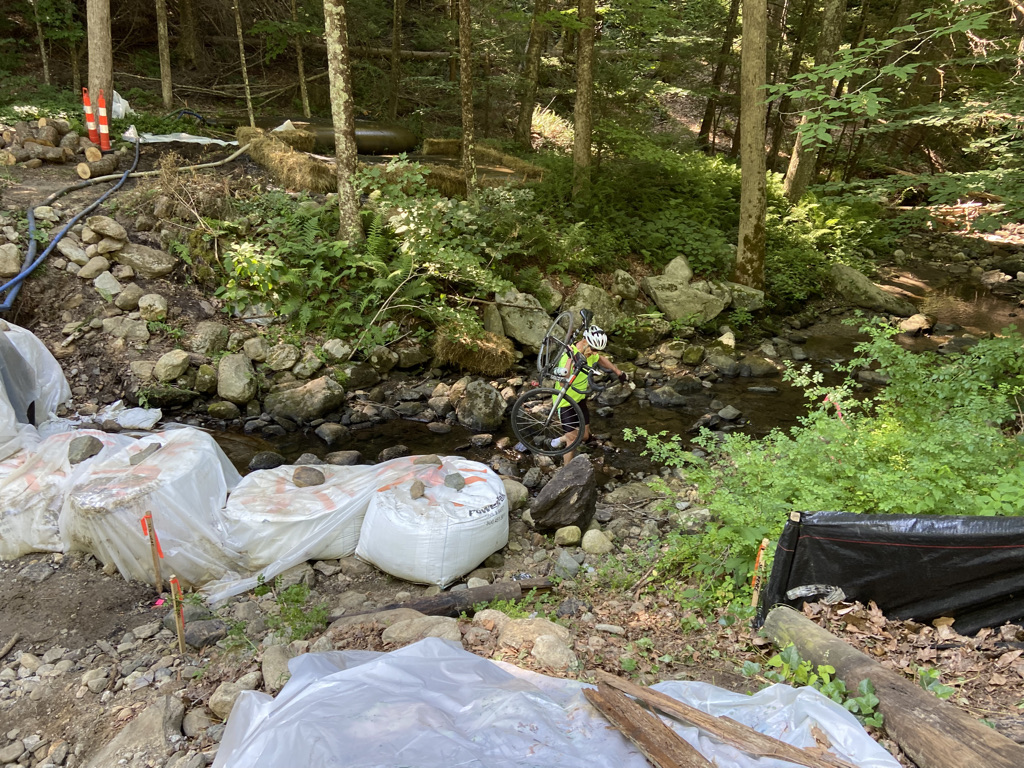 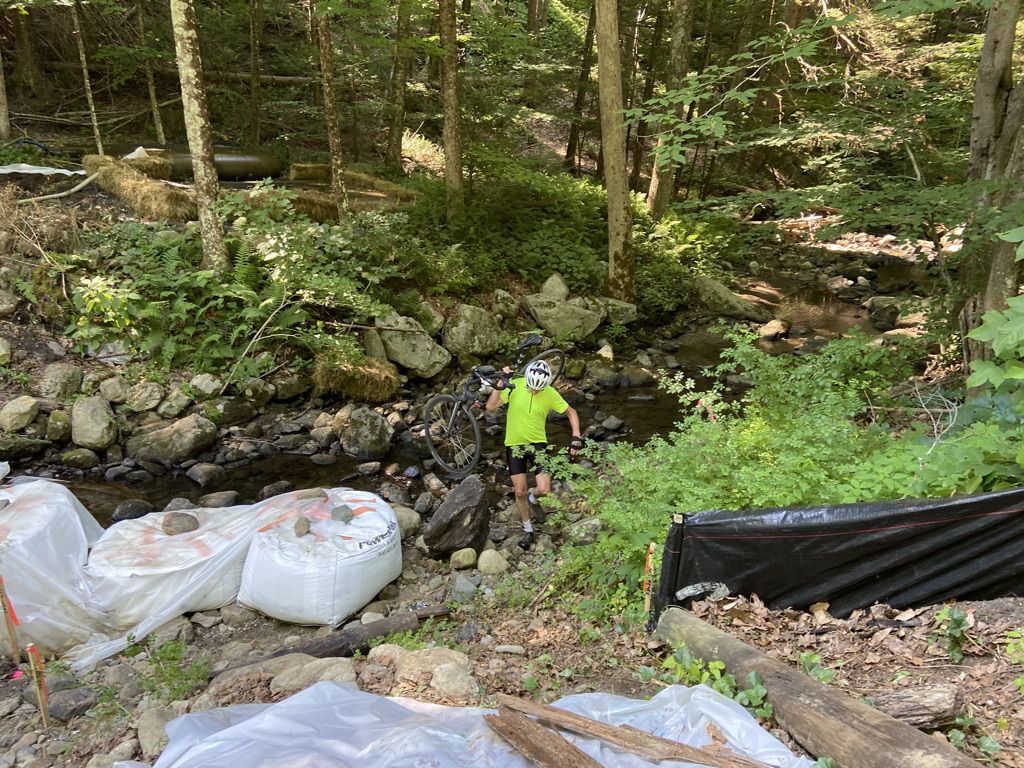 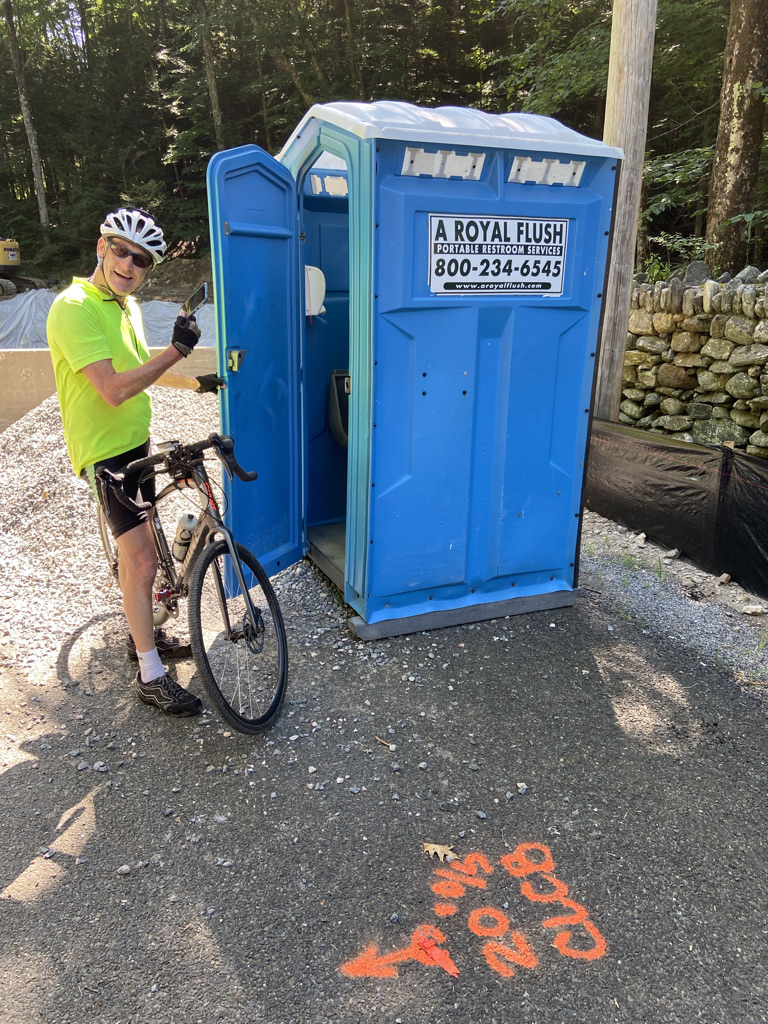 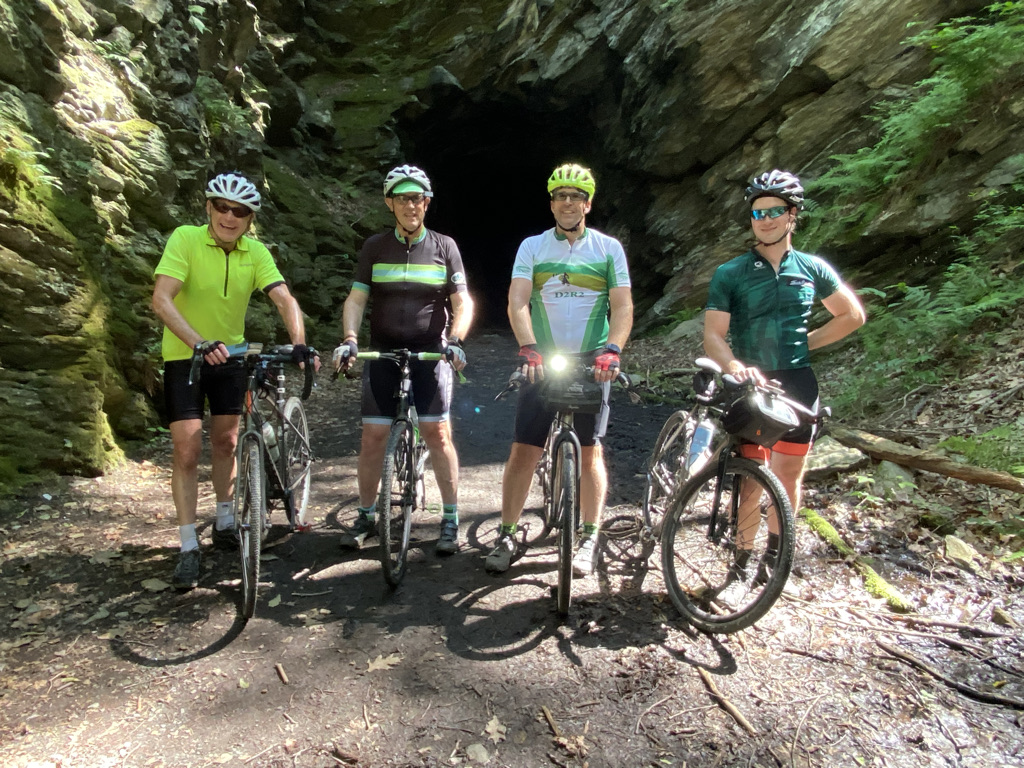 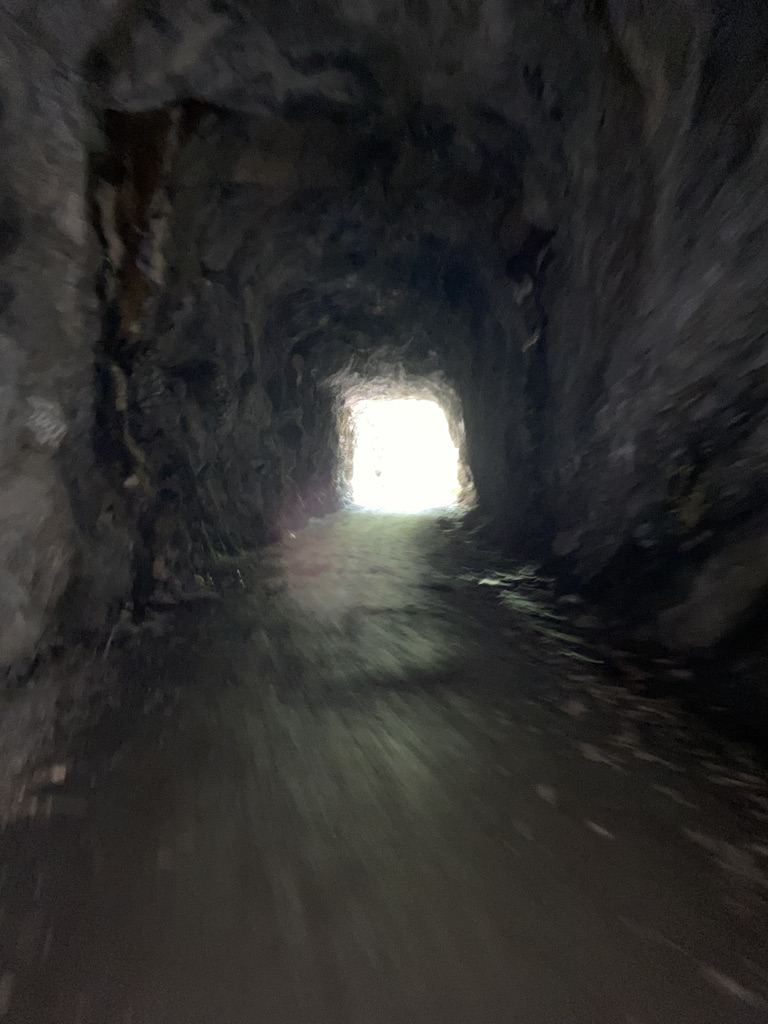 Riding through the tunnel is fun because there is a bend in the middle so you plunge into darkness and when you hit the midpoint you really get to see the light at the end of the tunnel. 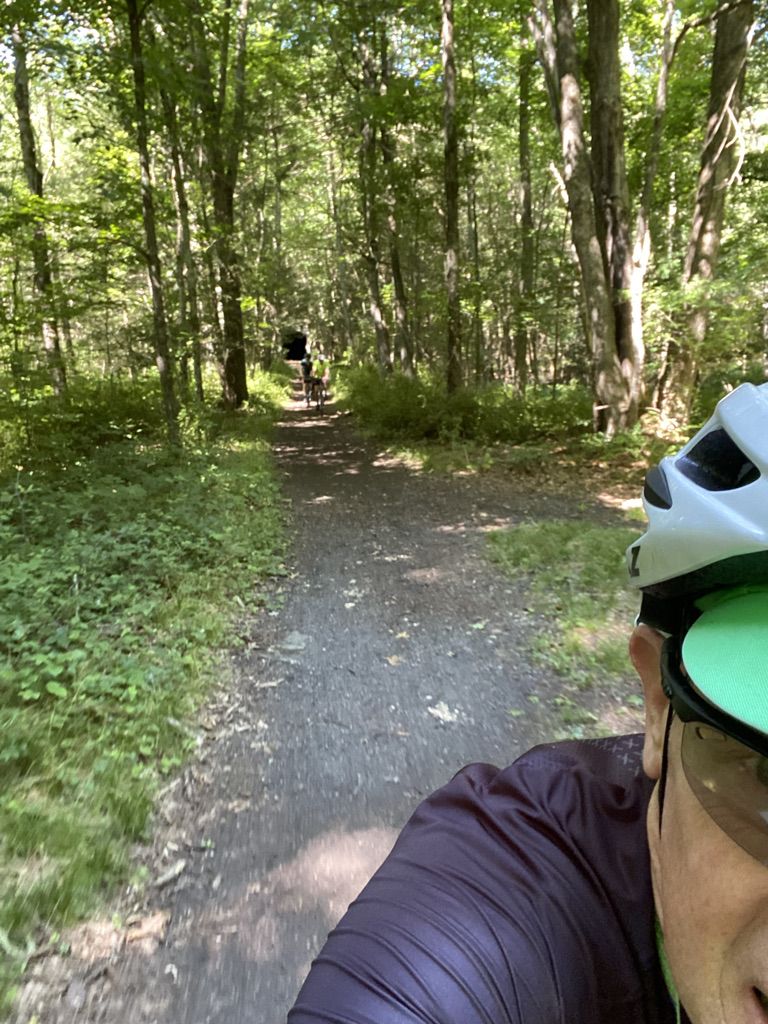 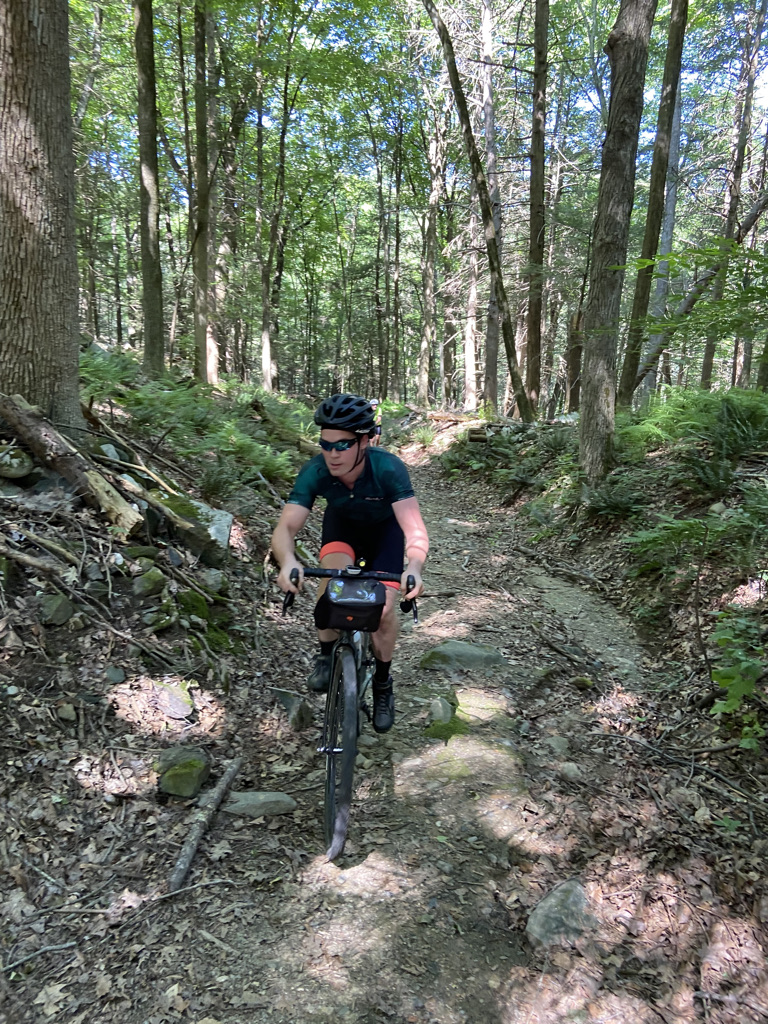 I decided we should ride the other route to Ferry Bridge.
Marshall was the only one to clean the climb. 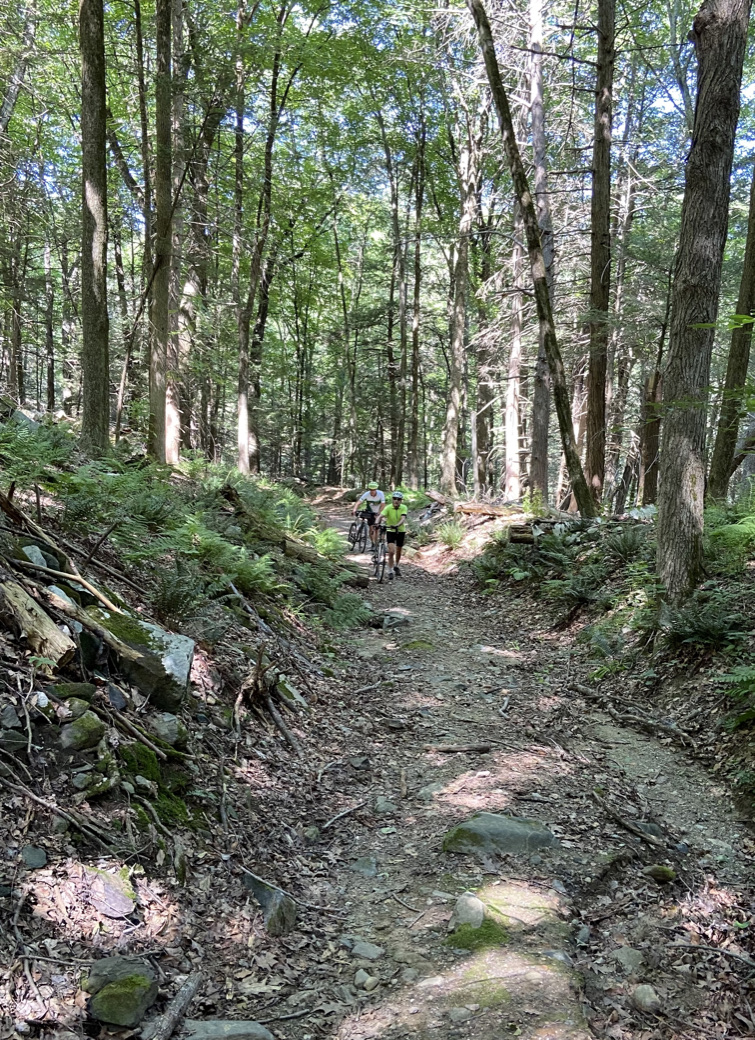 I made it 3/4s of the way up and put a foot down. Scott and Mike didn't even try it. 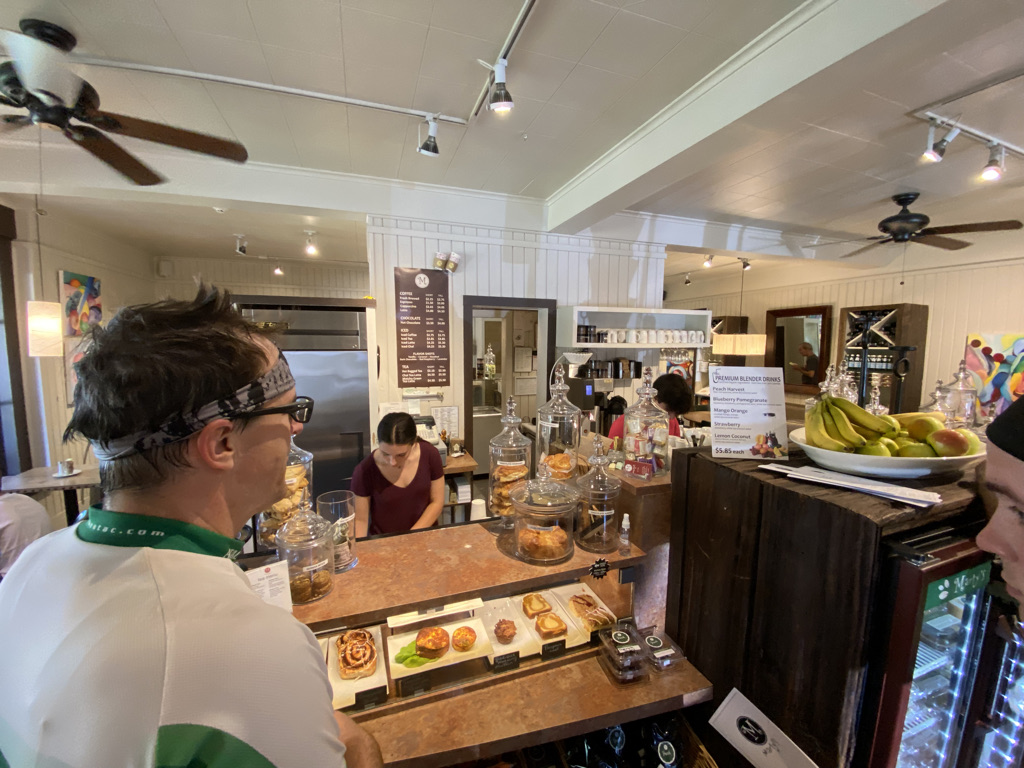 We stopped at Marty's in Washington Depot for food 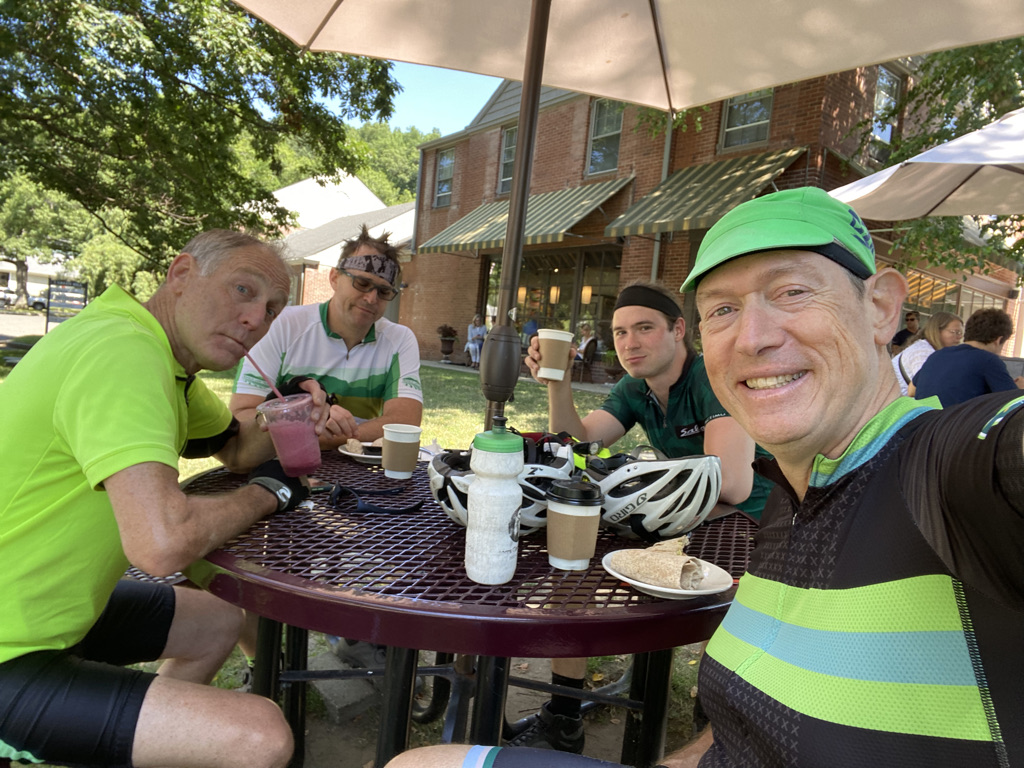 First time for me and the breakfast burrito was outstanding 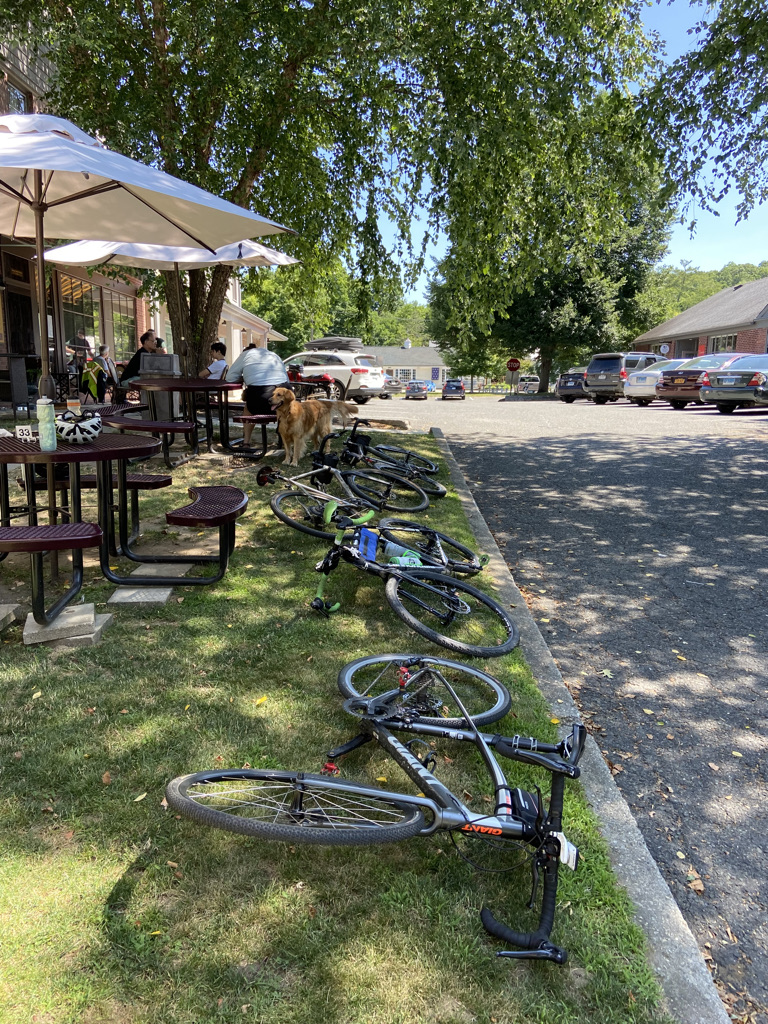 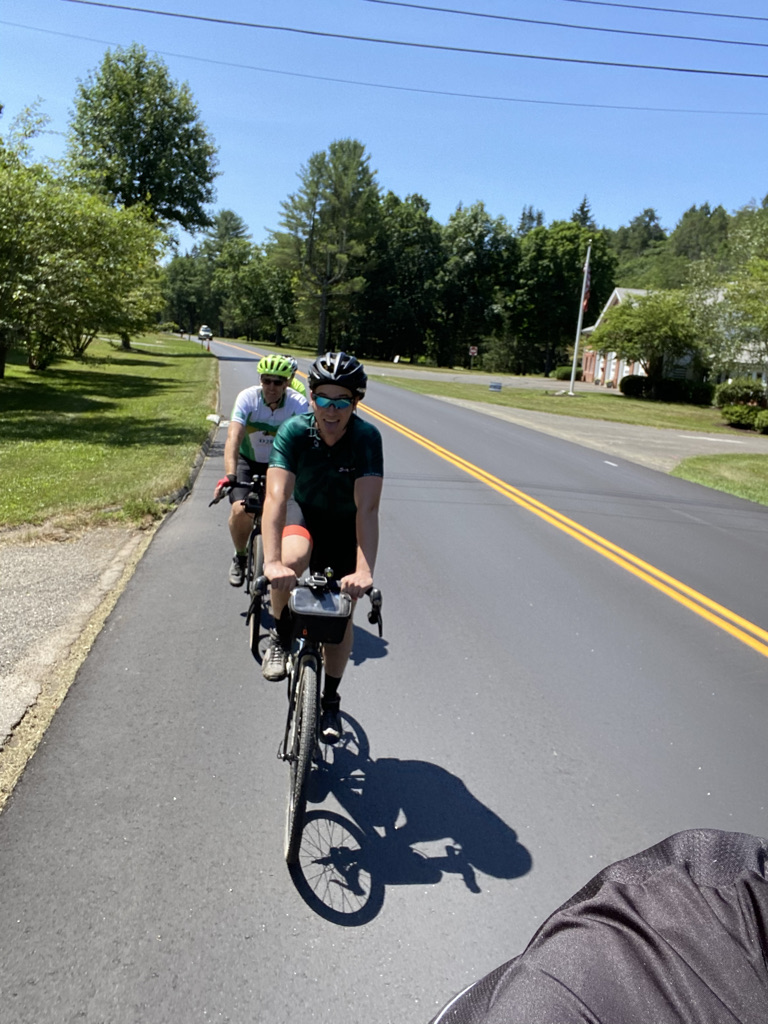 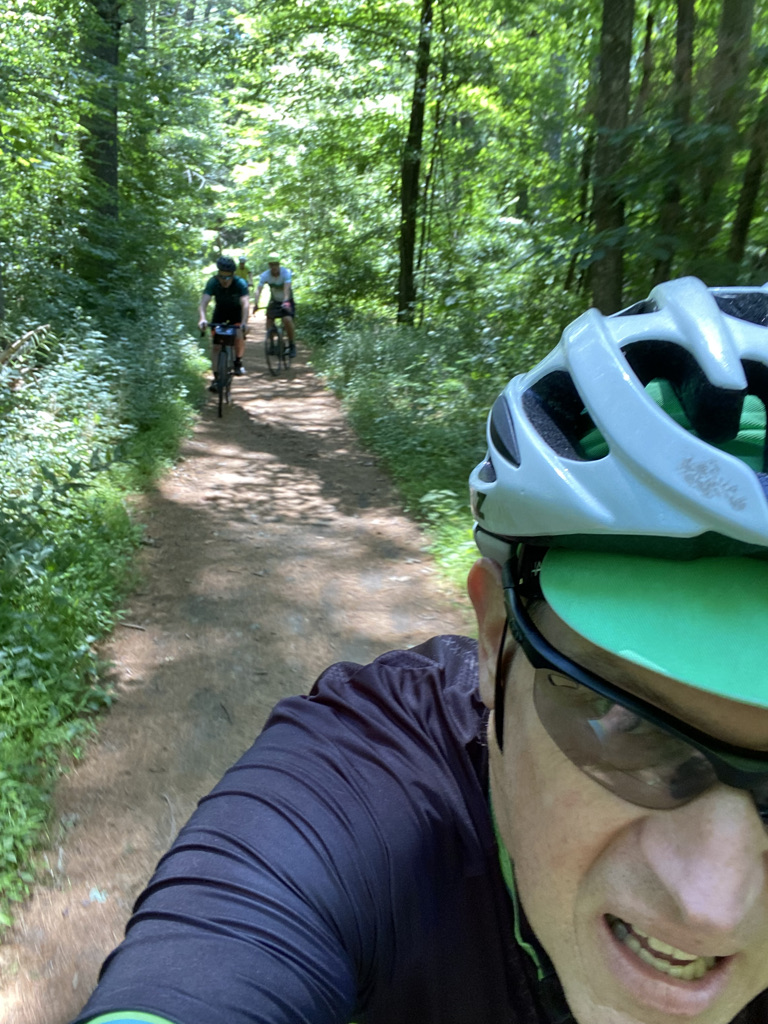 Then we headed into Hidden Valley 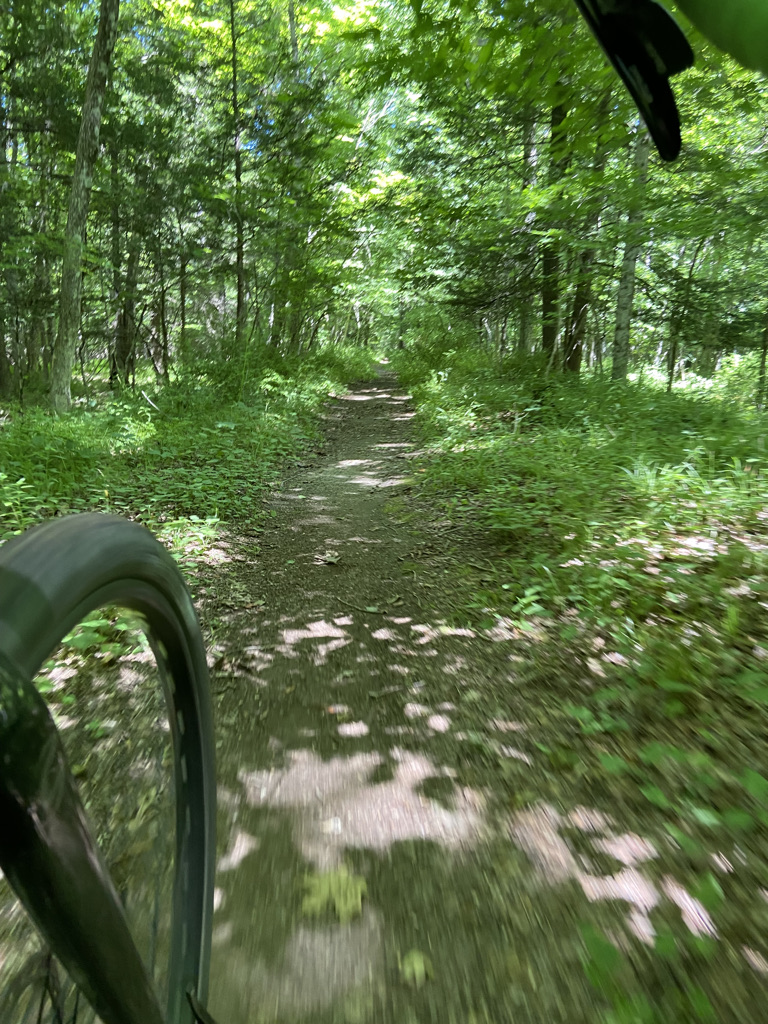 This is when I realized that we really needed to get moving because I was driving to Chicago later today and we took too much time with stops to get to this point. 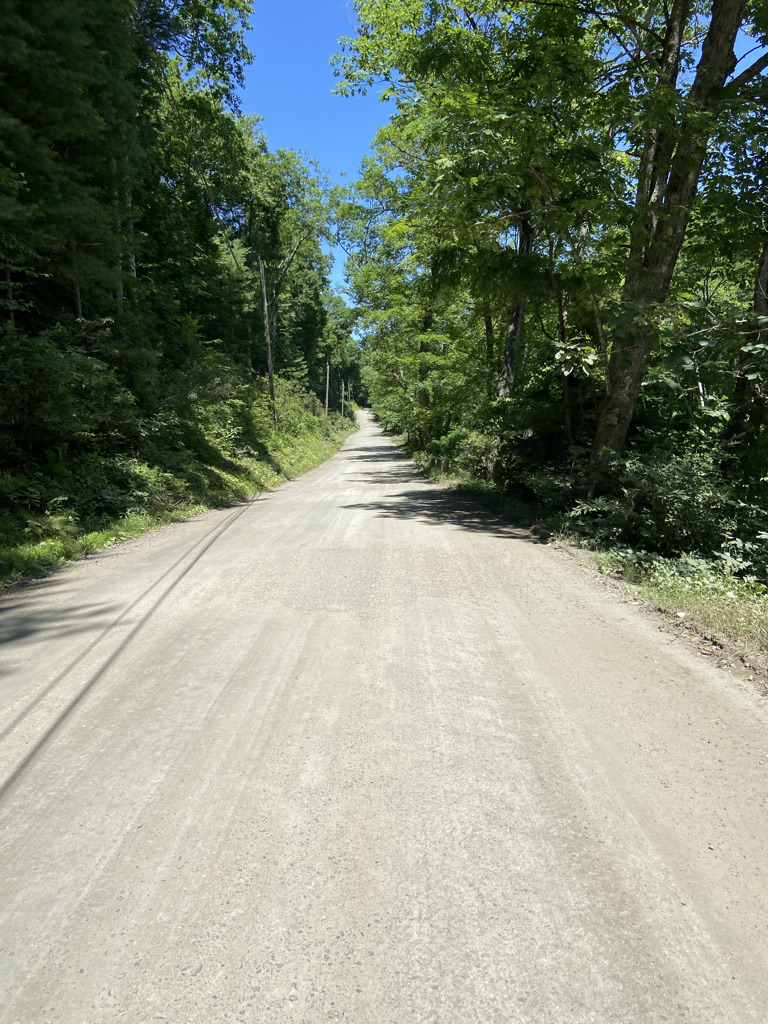 I broke away heading up Romford Road. Mike caught up to me on Rt 202 but at the turn off to Wheaton stopped to wait for Marshall and Scott 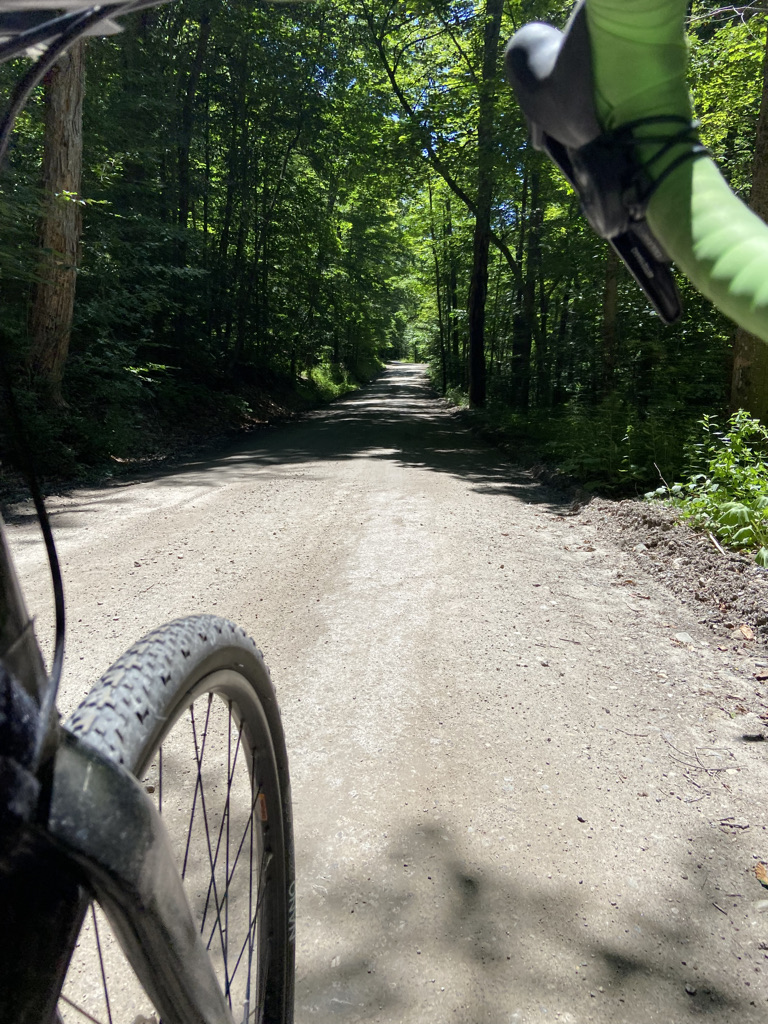 and tore down Walker Brook.
I got back to the cars 30 minutes ahead of Mike, Marshall and Scott.
They enjoyed the ice cream while I headed home to pack and shower.
at 3:00 PM