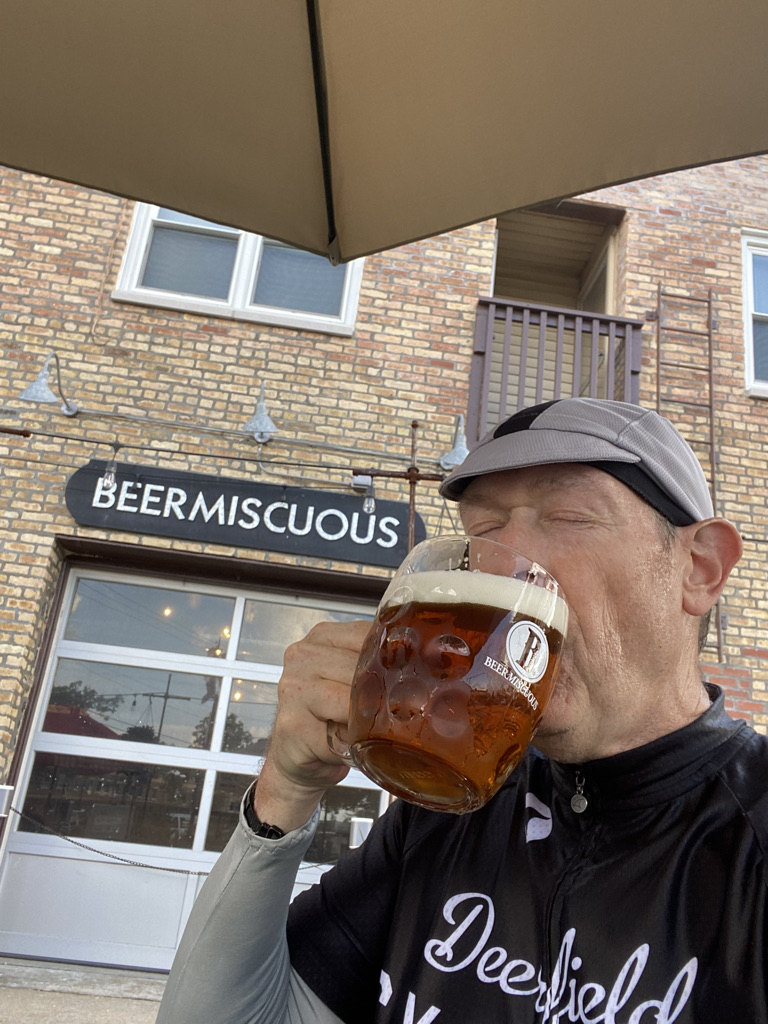 I found what I thought was another brewery to try, Beermiscuous, in Highwood, which is between Highland Park and Lake Forest. In fact, right across the street from the old Fort Sheridan. 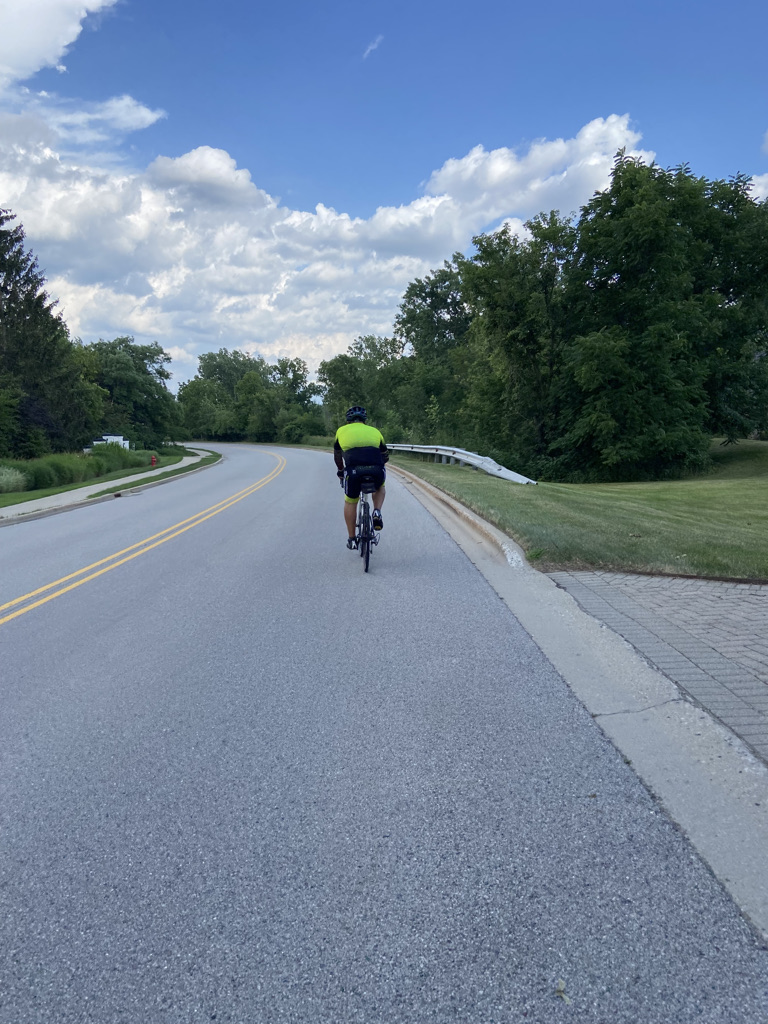 While riding east I came across this guy riding a long listening to music
so I said hello and then passed him. 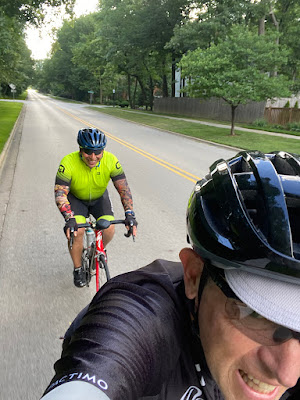 He jumped on my back wheel and I listened to his music while pulled for a few miles.  Friendliest cyclist all week so far. 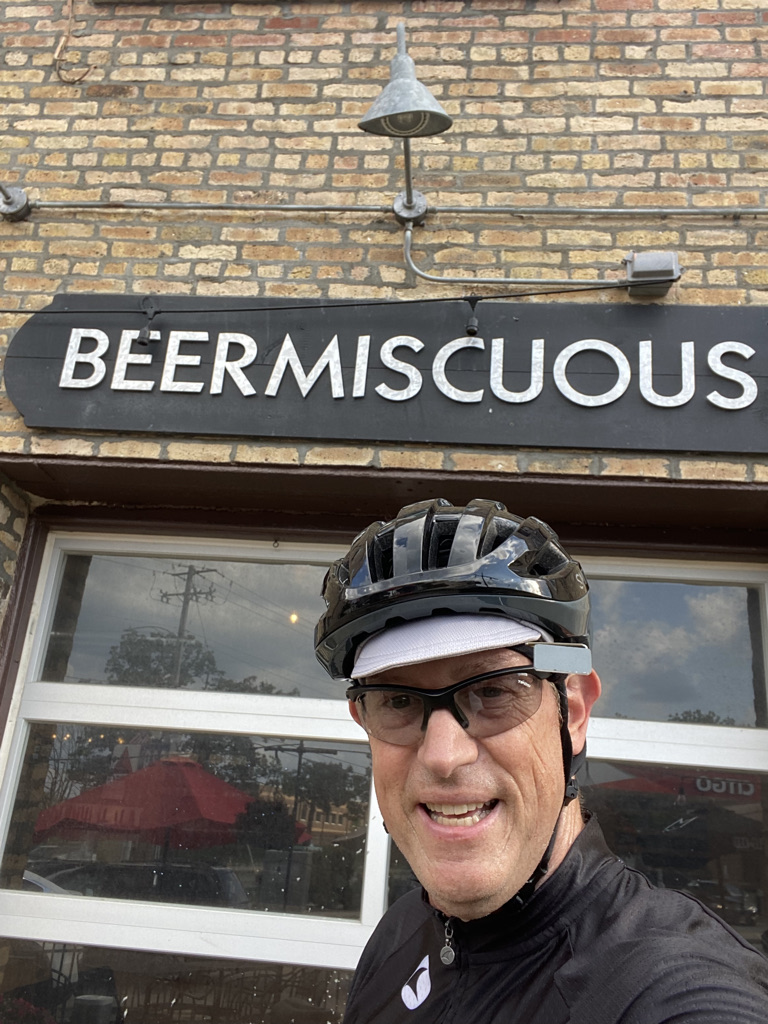 Turns out Beermiscuous is not a brewery rather a bar for the local breweries. Every local brewery had an offering here 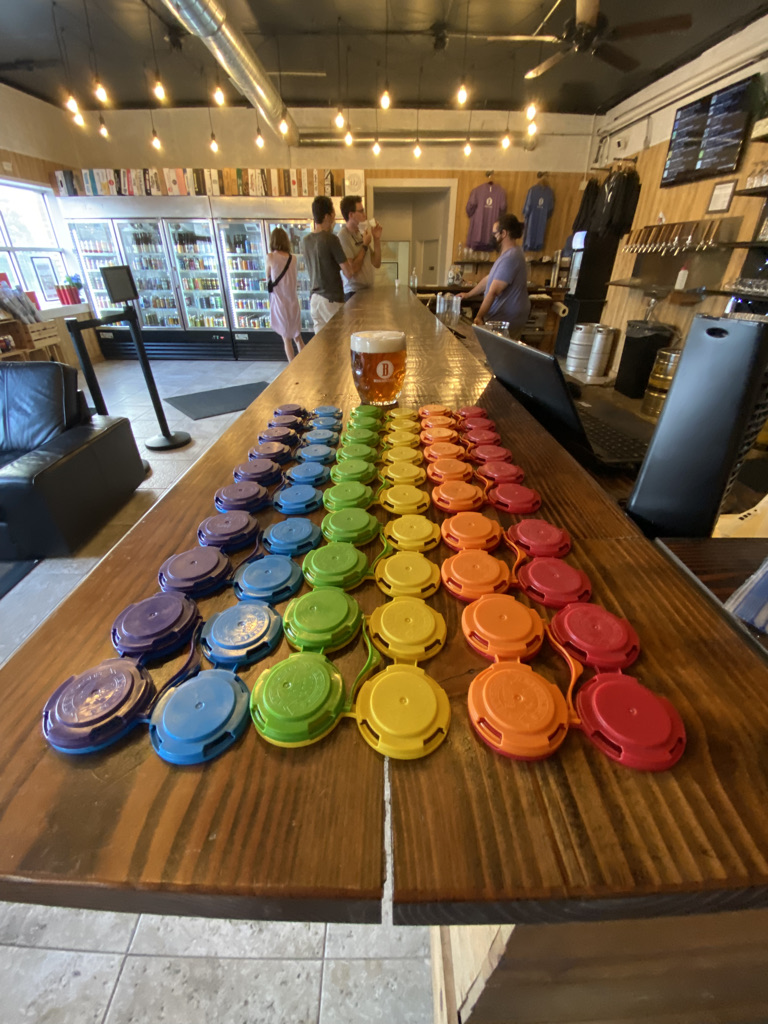 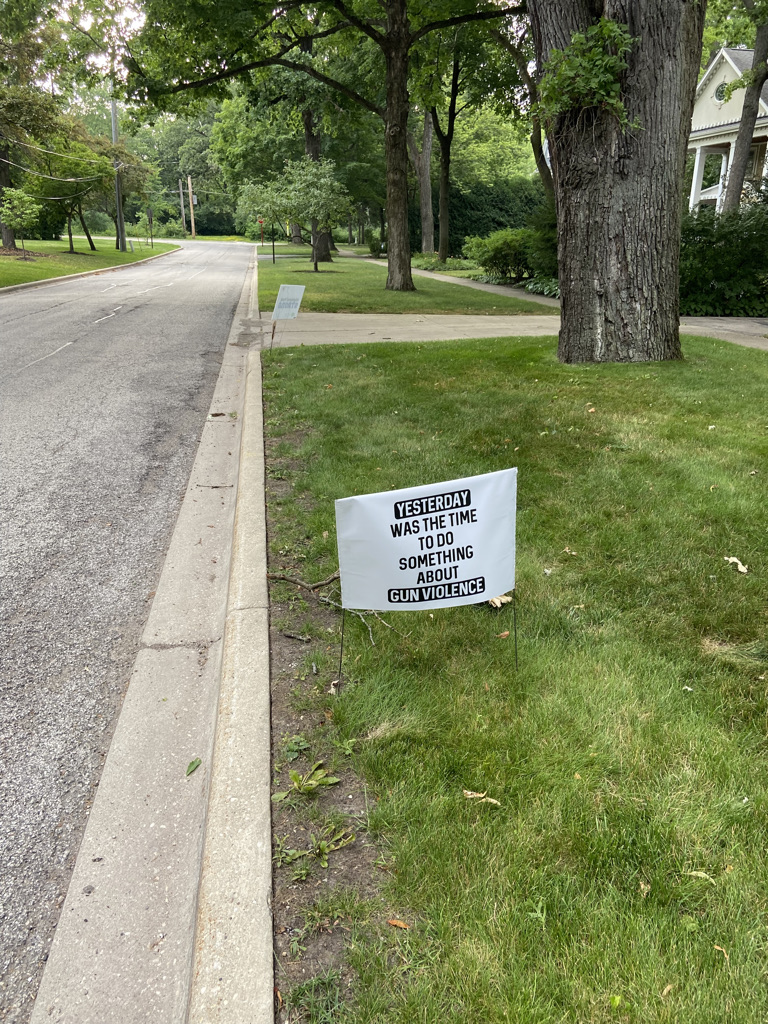 I stopped at the memorial for the victims of the 4th of July shooting and struck up a conversation with a few folks there. I told them I can sympathize with what they were going through since I was from Newtown, CT. 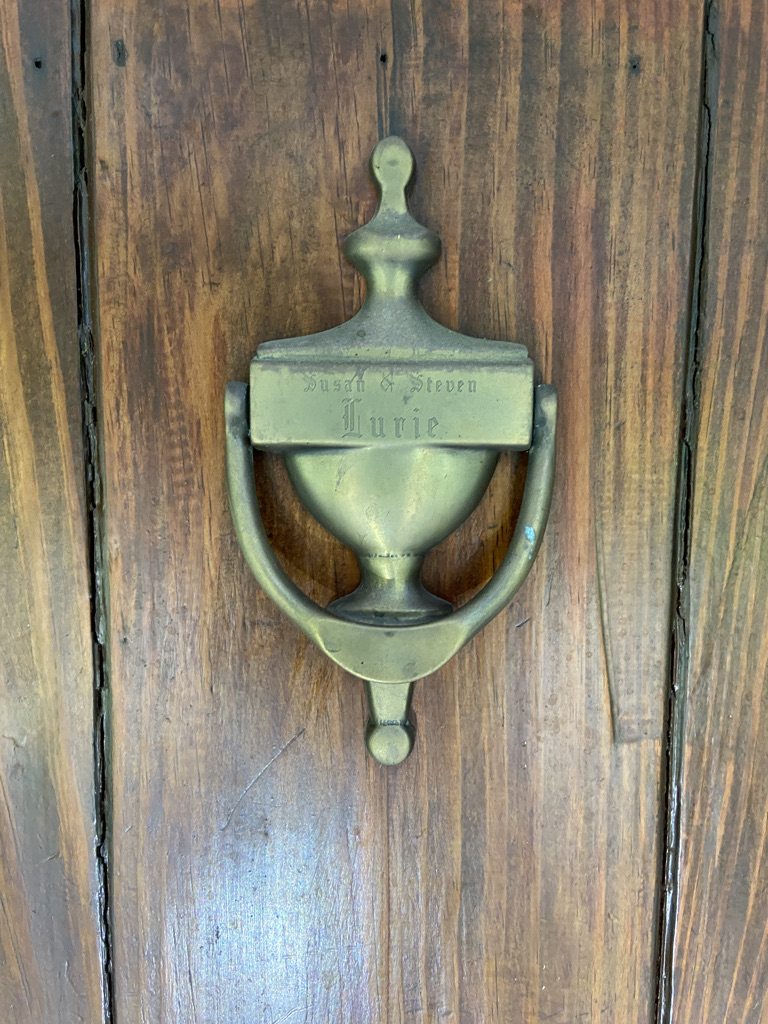 It was nice catching up with my Aunt and Uncle and hearing about their trip back east. Prior to coming to Chicago I threw an 80th and 50th Birthday Celebration for my father and sister respectively.  My Dad's sister and brothers came out for the party. While I was driving with my Aunt back to Chicago my Uncles went and explored the east coast a bit and then drove back to Highland Park. 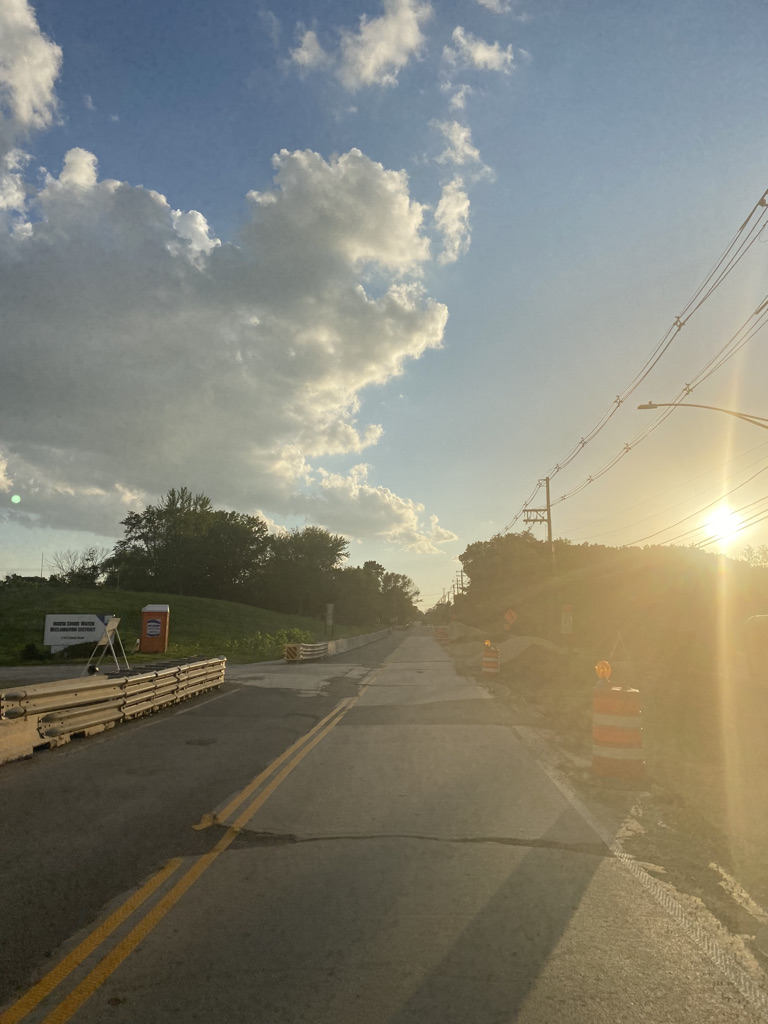 They say there are two seasons in Chicago: 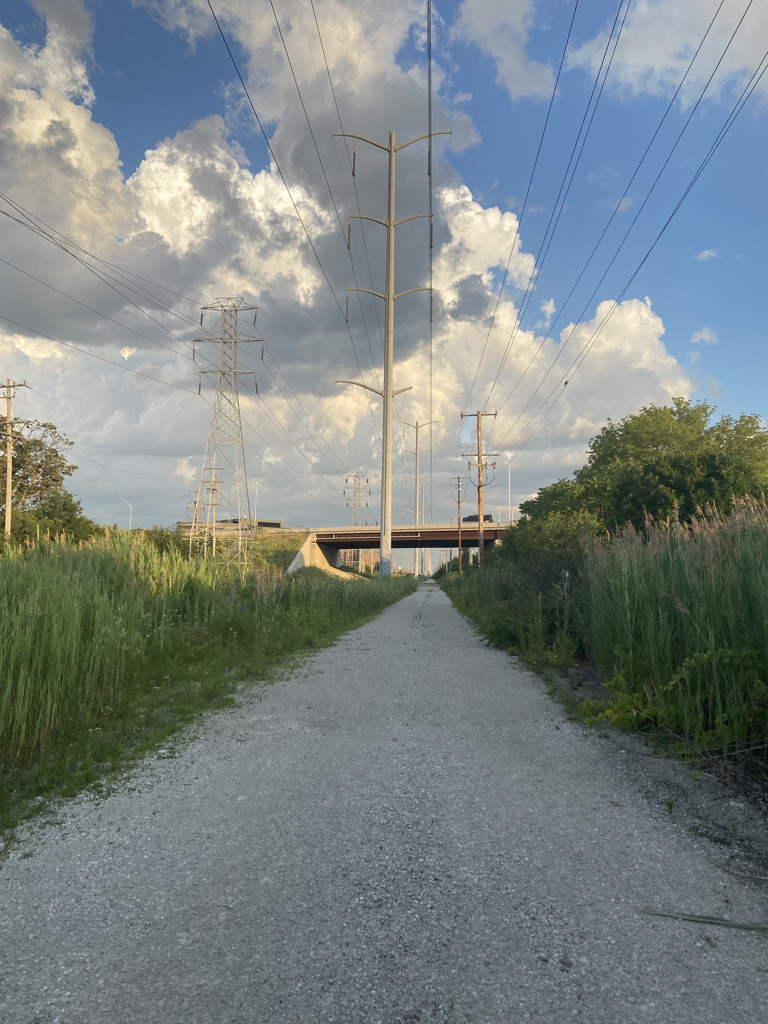 At my Aunt and Uncle's house there were a few sprinkles. When I got on the Skokie Valley Trail all that unpleasantness had moved south 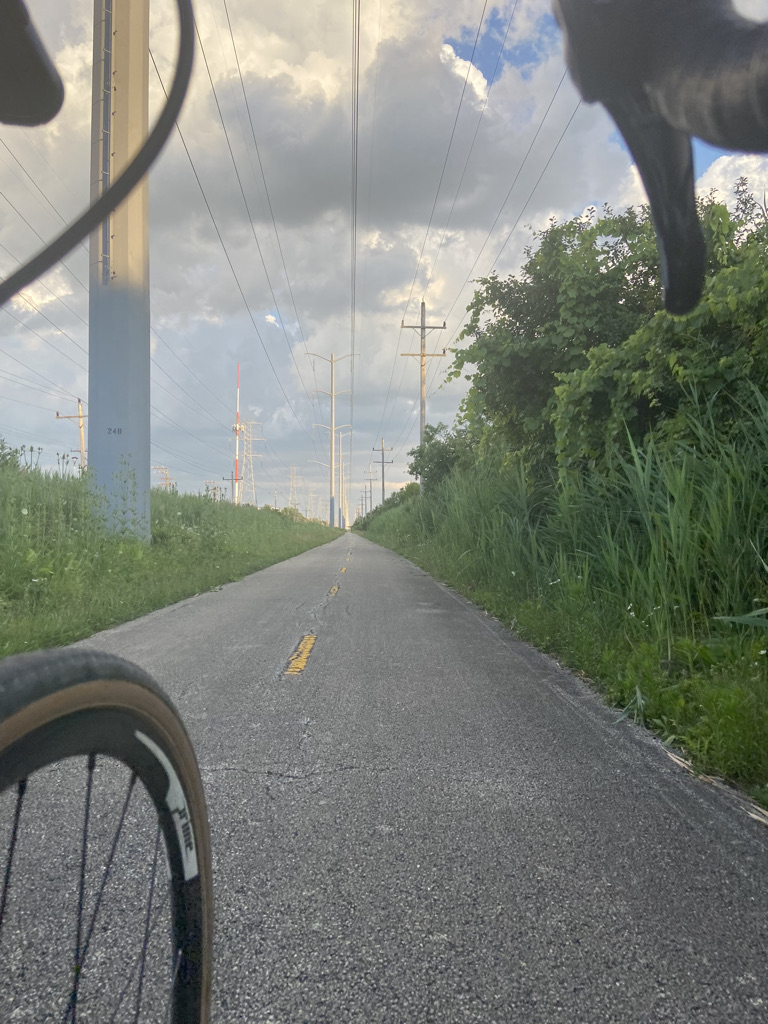 There was no one on the trail this evening 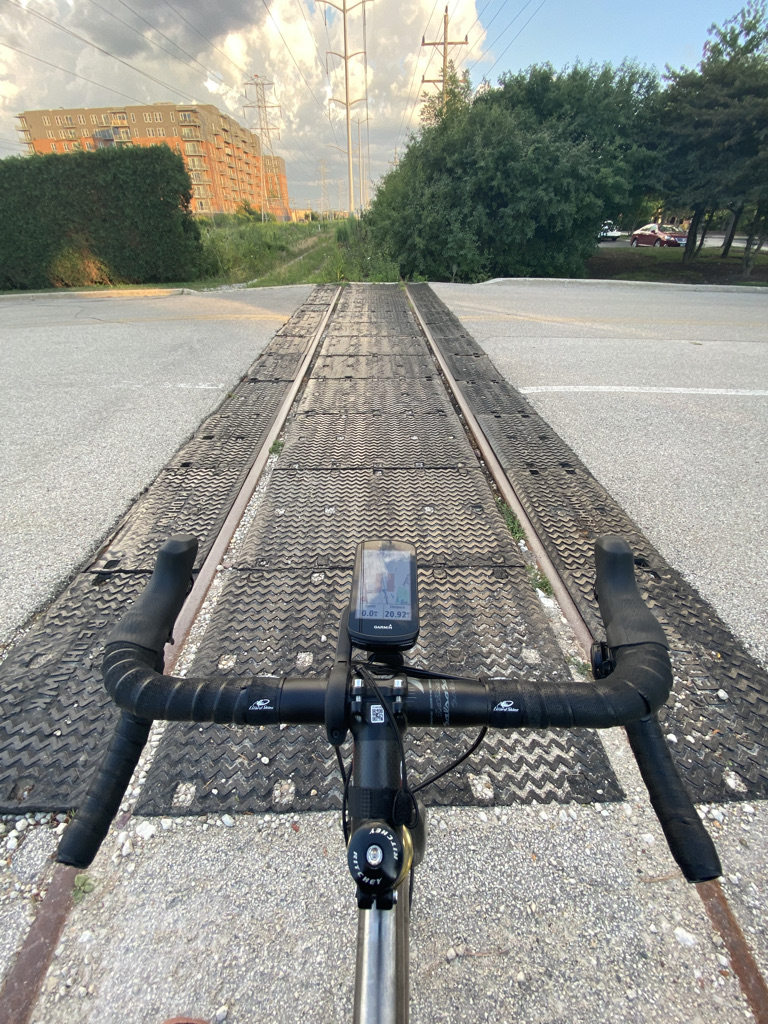 The trail ended with an old grade crossing 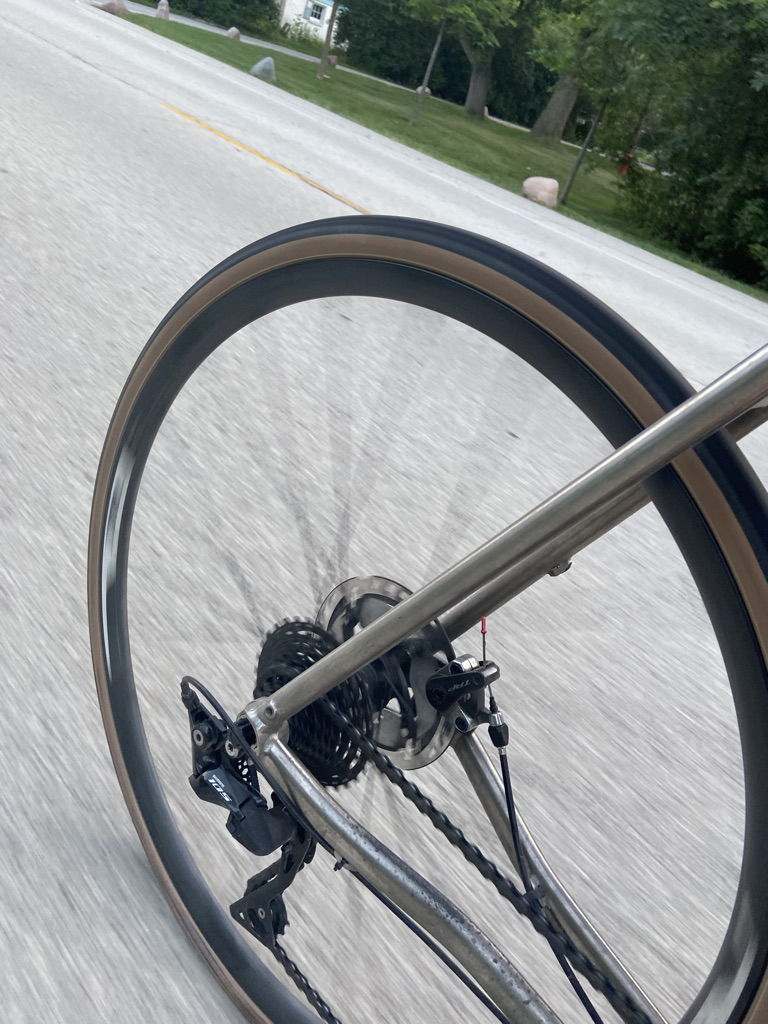 I stopped to take a picture of the receding storm clouds when I noticed that my rear tire was a little soft. I decided to take the fastest way back to my Aunt's house when I got stopped by an incredibly long freight train. 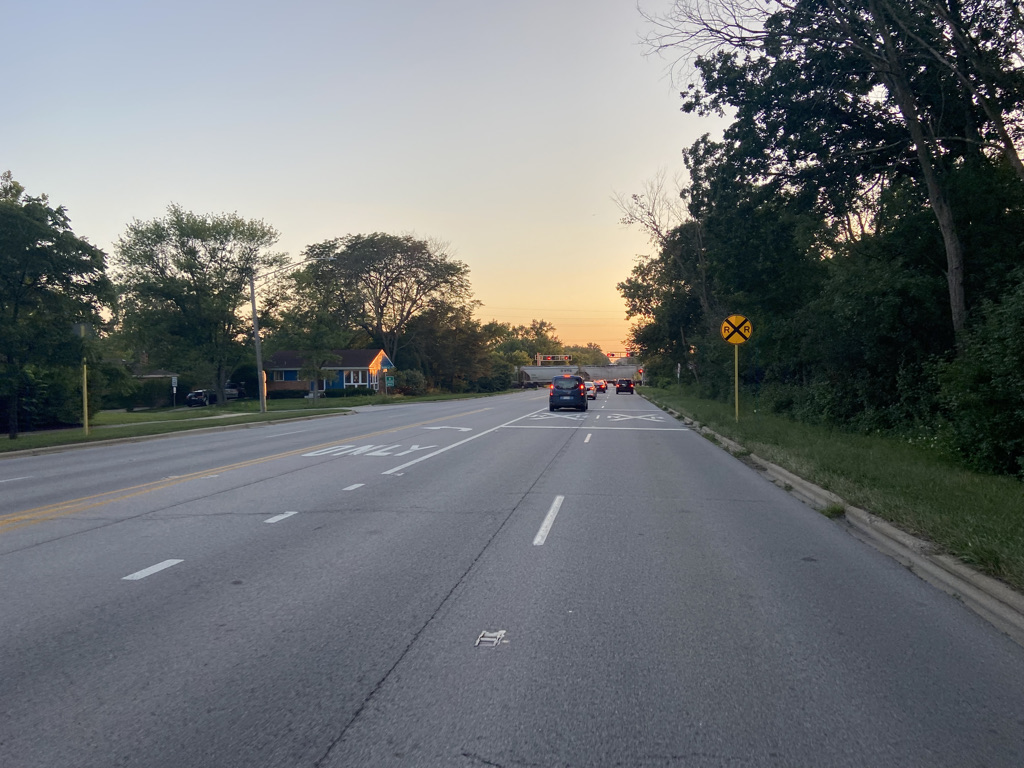 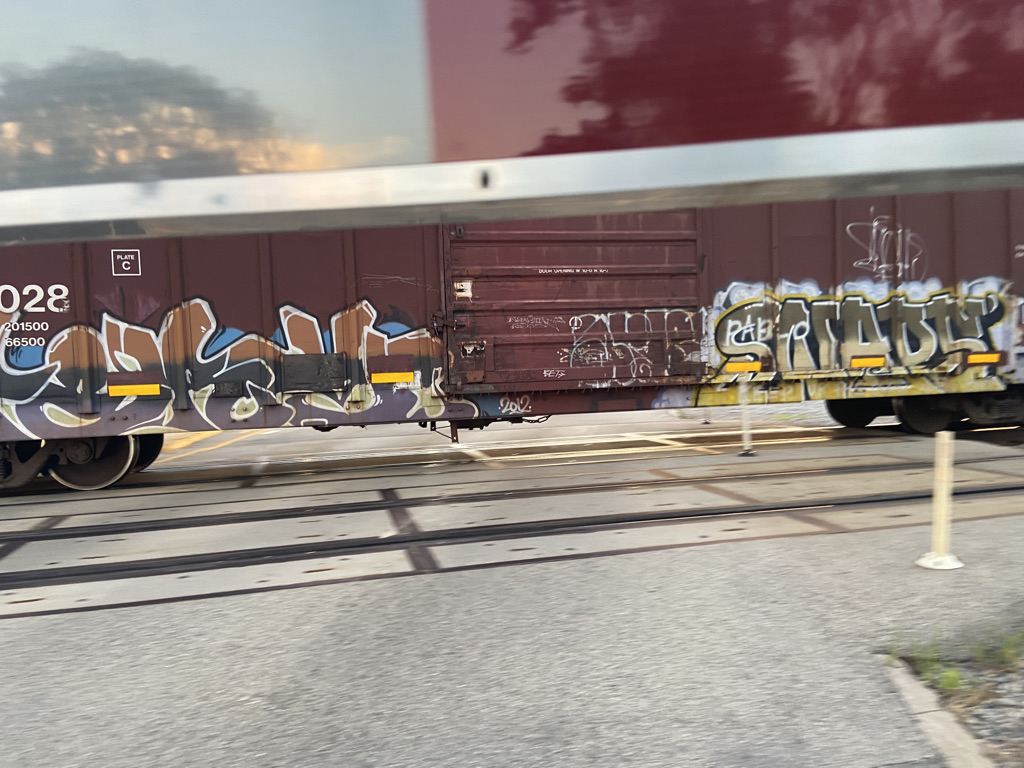 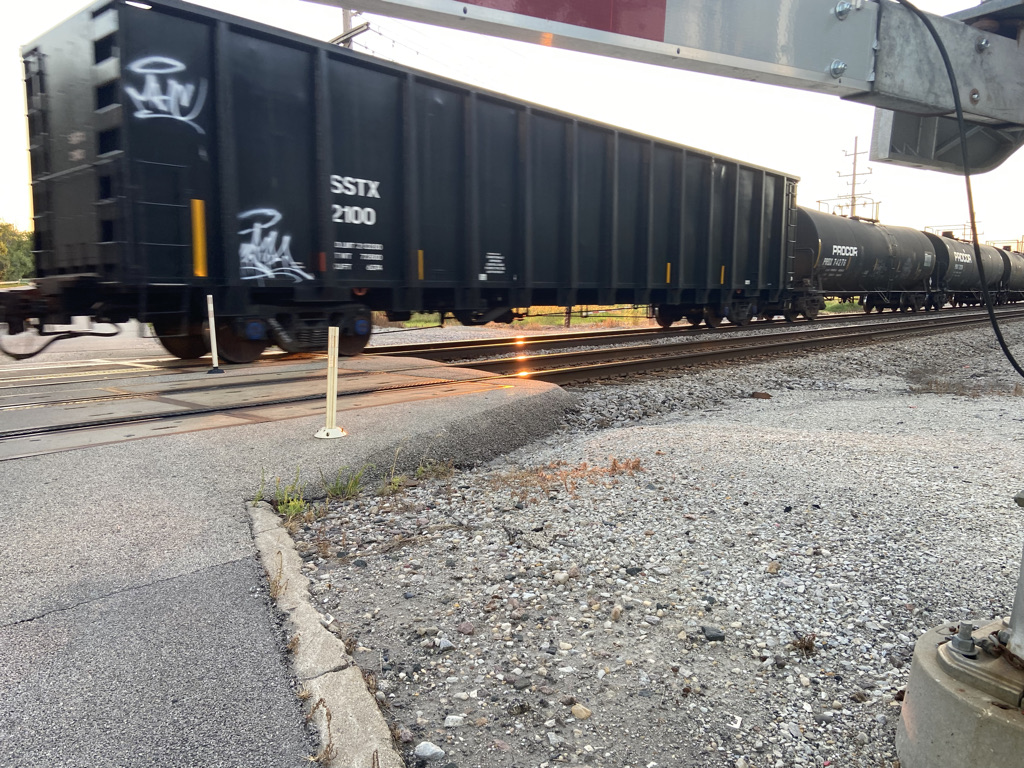 and passing some more 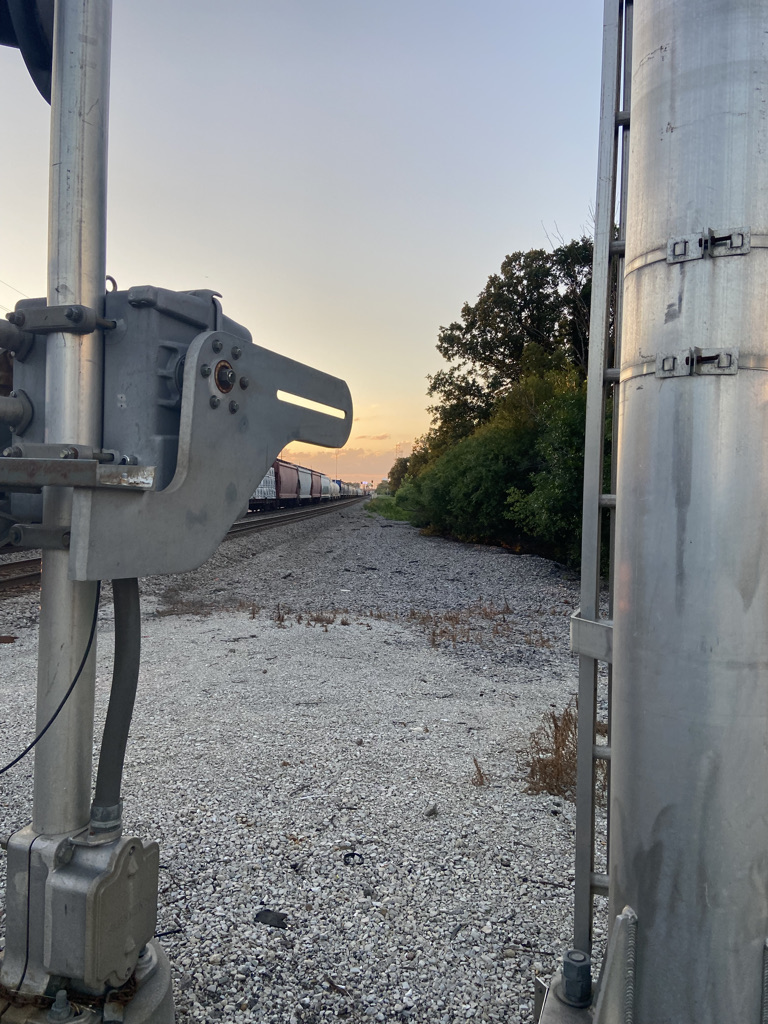 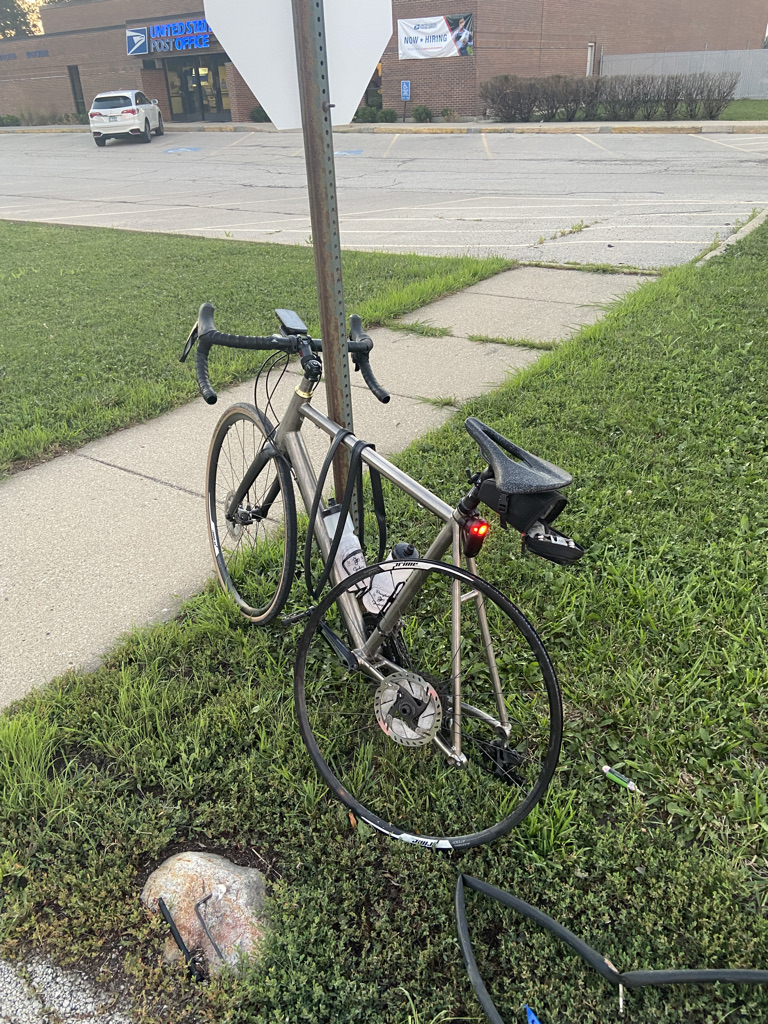 I stopped at the Northbrook Post Office to change the tire. I put in the new tube and it blew when I filled it with CO2 and now I was out of CO2 so I called my aunt to come get me 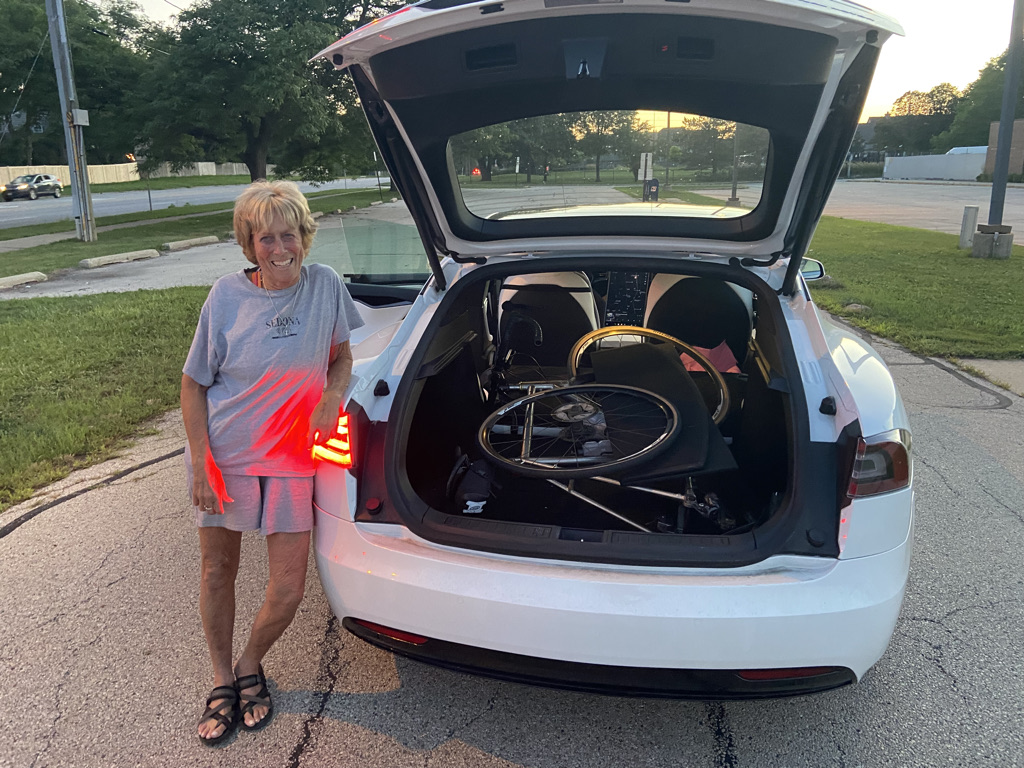 This is second time I have called for help. The first one was 10 years ago on commute from the office. My Aunt said I was lucky because I was only 6 miles from here house. Any further and she would have told me to take an Uber back. 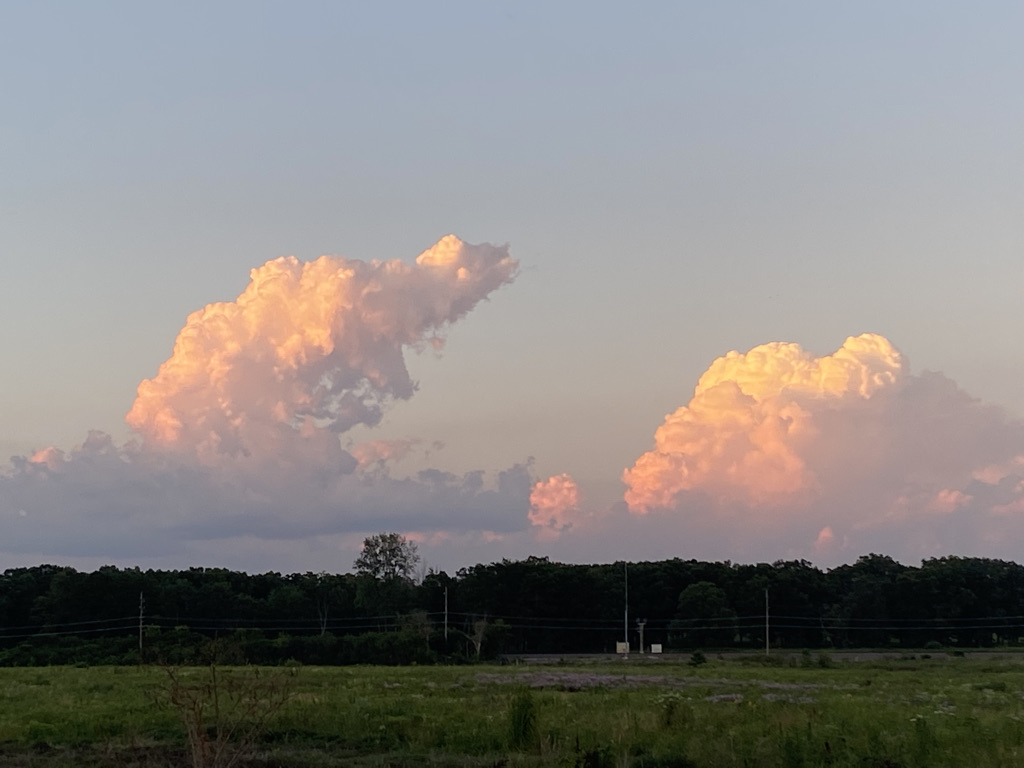 The clouds were spectacular this evening 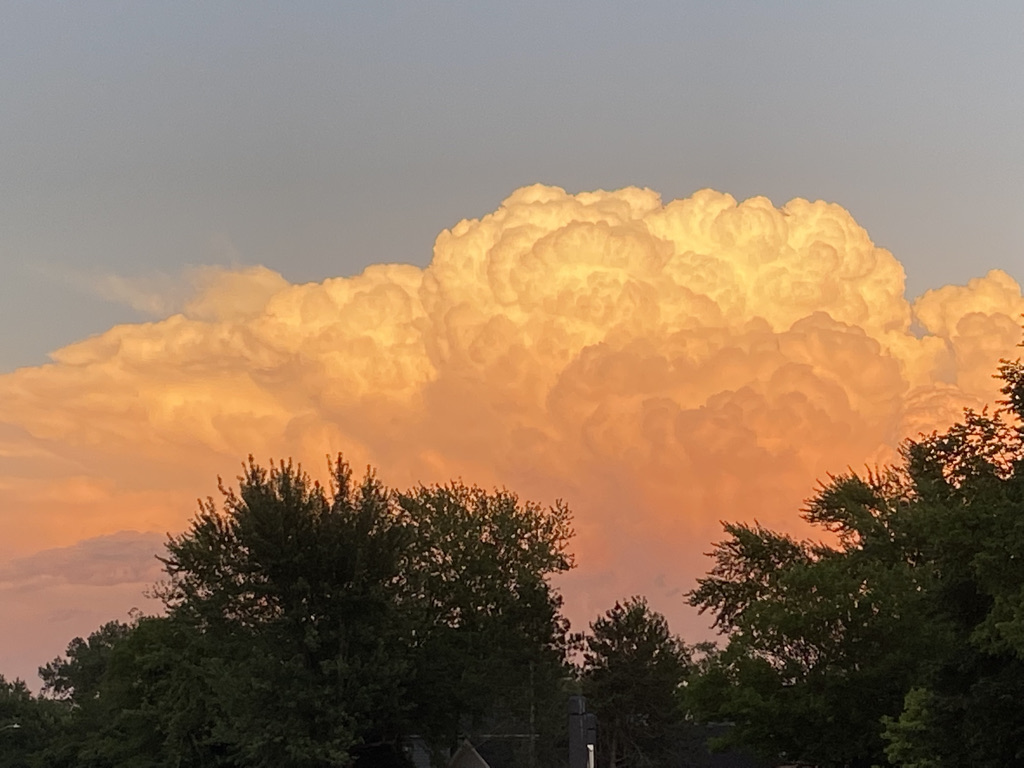