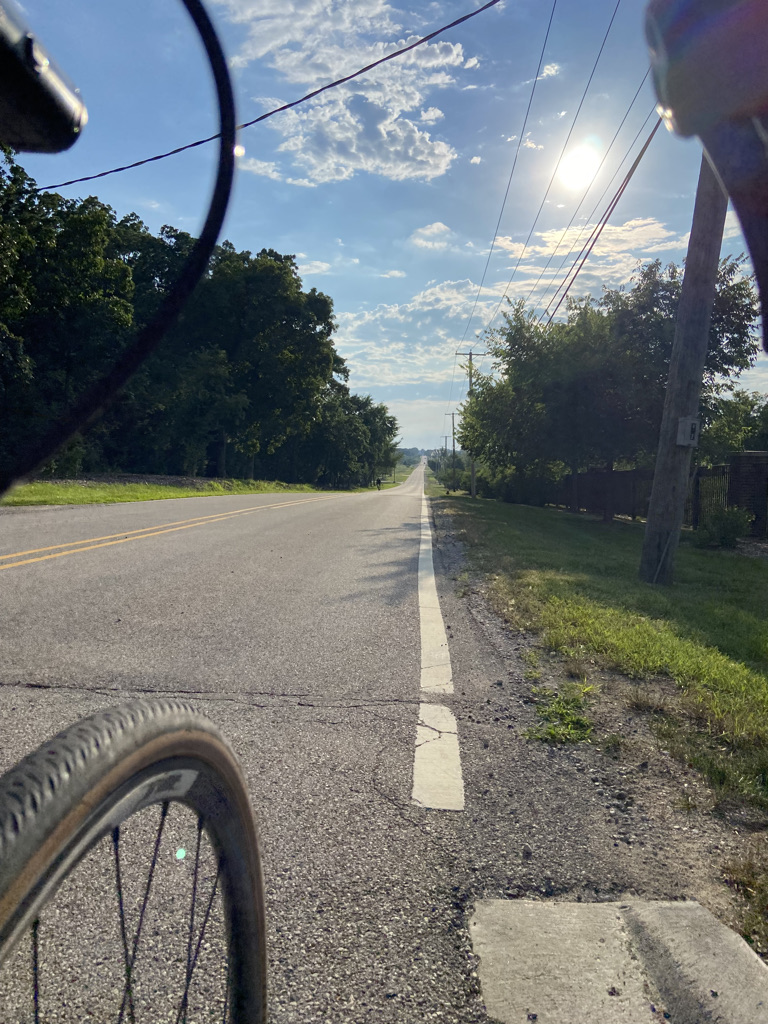 With the mercury into the 90s but very little humidity I headed out Tuesday, July 19th on route that would take me north to Libertyville and then head south with a brewery stop 3/4s of the way through the ride. 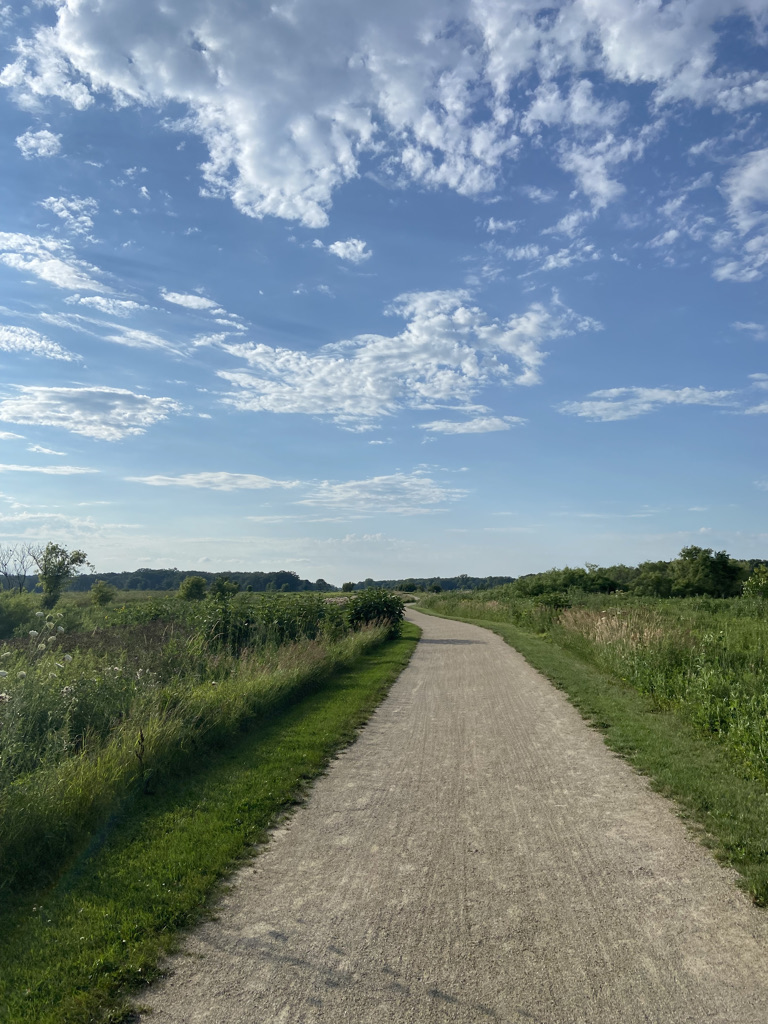 I rode to a trail system that I bypassed on Wisconsin ride earlier because I didn't want to be slowed down. It's called Middlefork Savanna Forest Preserve. 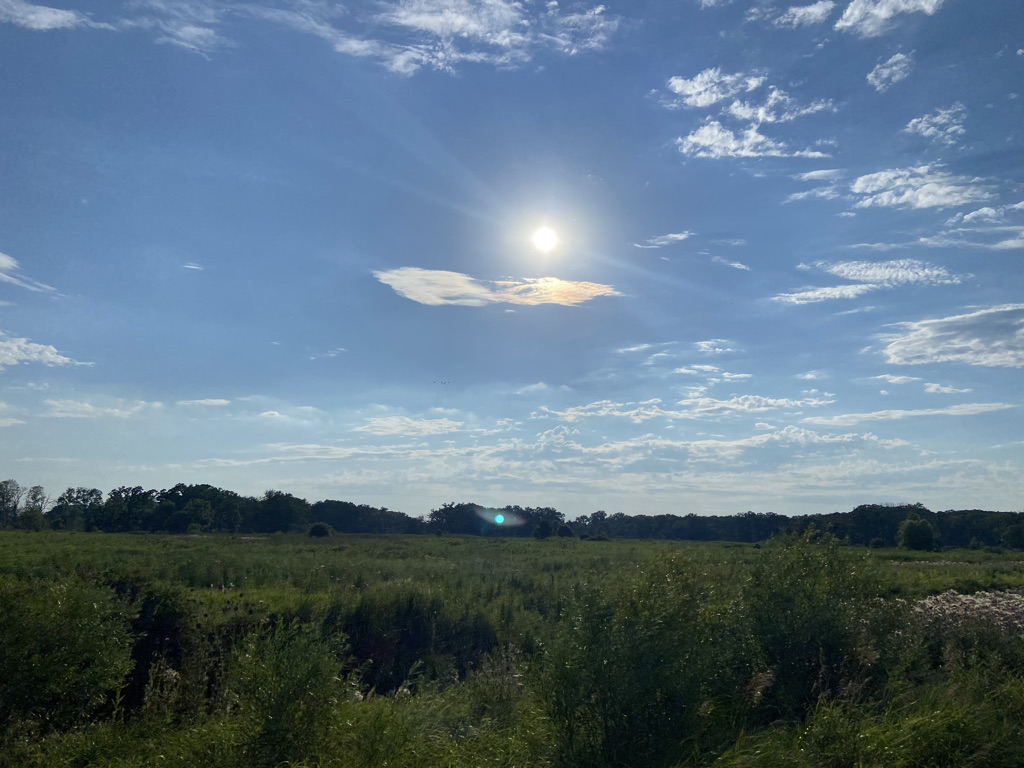 Getting into it was a little wonky because RWGPS said there was a trailhead right next to the main road but I couldn't find it. 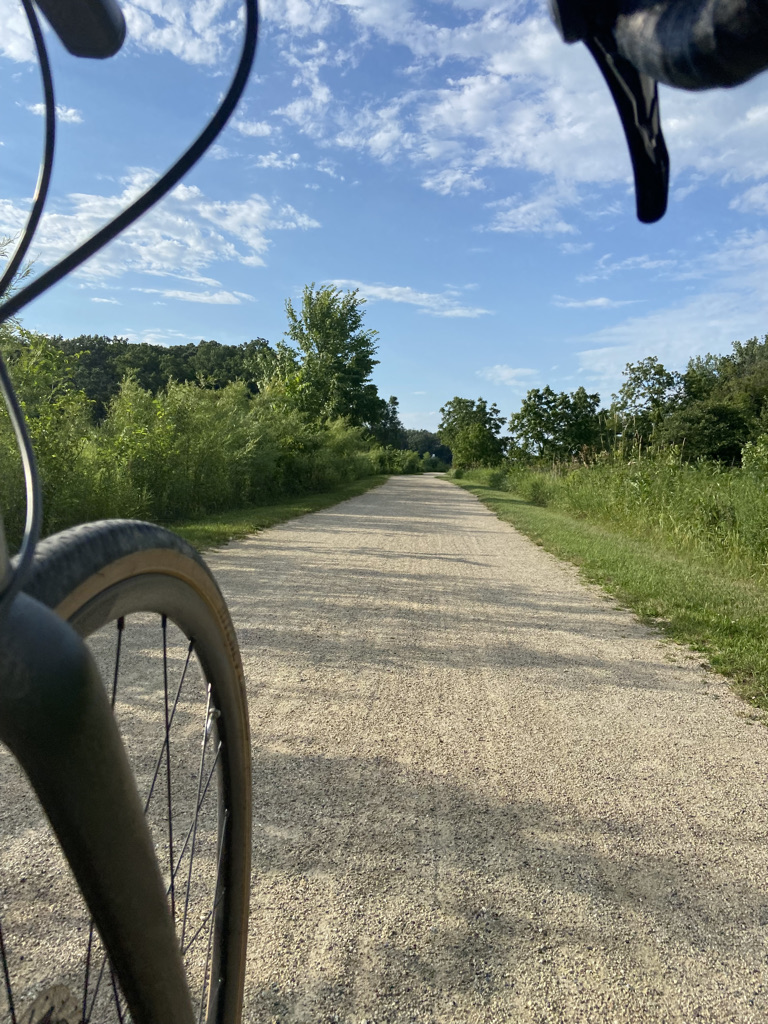 Instead, I had to ride over the railroad tracks on a bridge to get to the main trail system. Probably the most vert I was going to get for the entire ride. 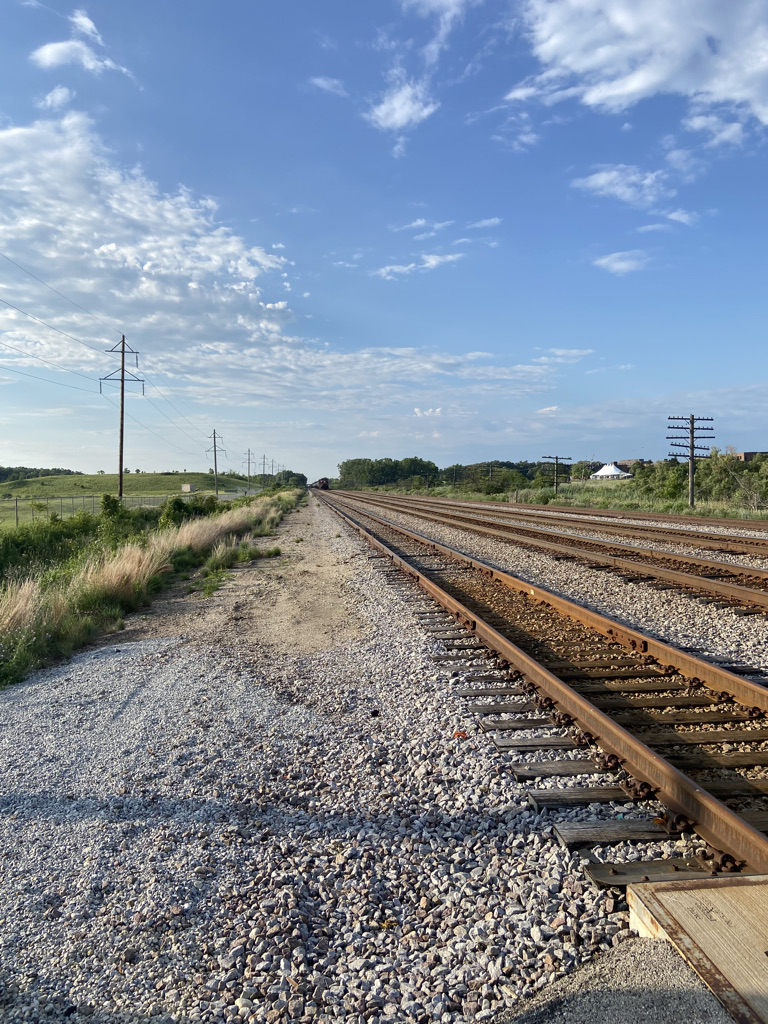 After the preserve I road up to Atkinson Road which would take me towards Libertyville and crossed over some railroad tracks. There are railroad tracks everywhere here in the northern Chicago suburbs. 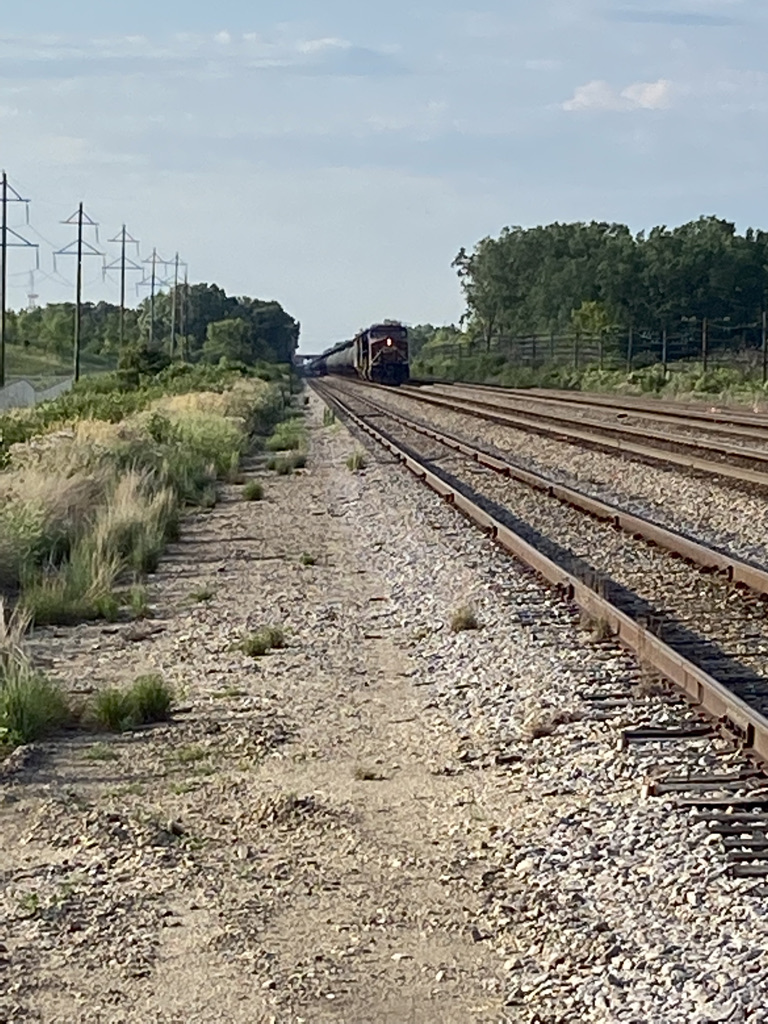 There was a really long train waiting at a red signal. The length of which if you were stuck waiting for it you might as well plan on staying awhile. Originally, I had intended on hitting another brewery in Libertyville called Mickey Finn's but it was more of a bar and didn't see a good spot to leave my bike so I continued on to the next brewery, Buffalo Creek. 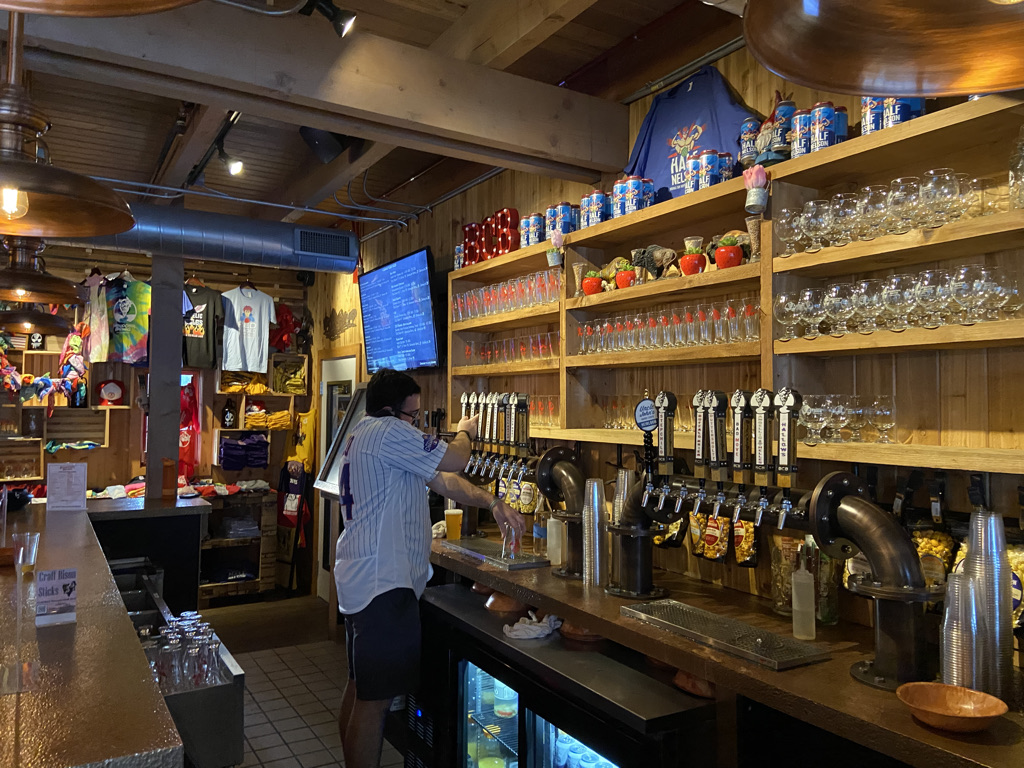 This was the right place. Back patio where I could leave the bike and a beer selection that was out of this world. They even had 1 liter glasses. I settled for a pint of Weizen Bier. 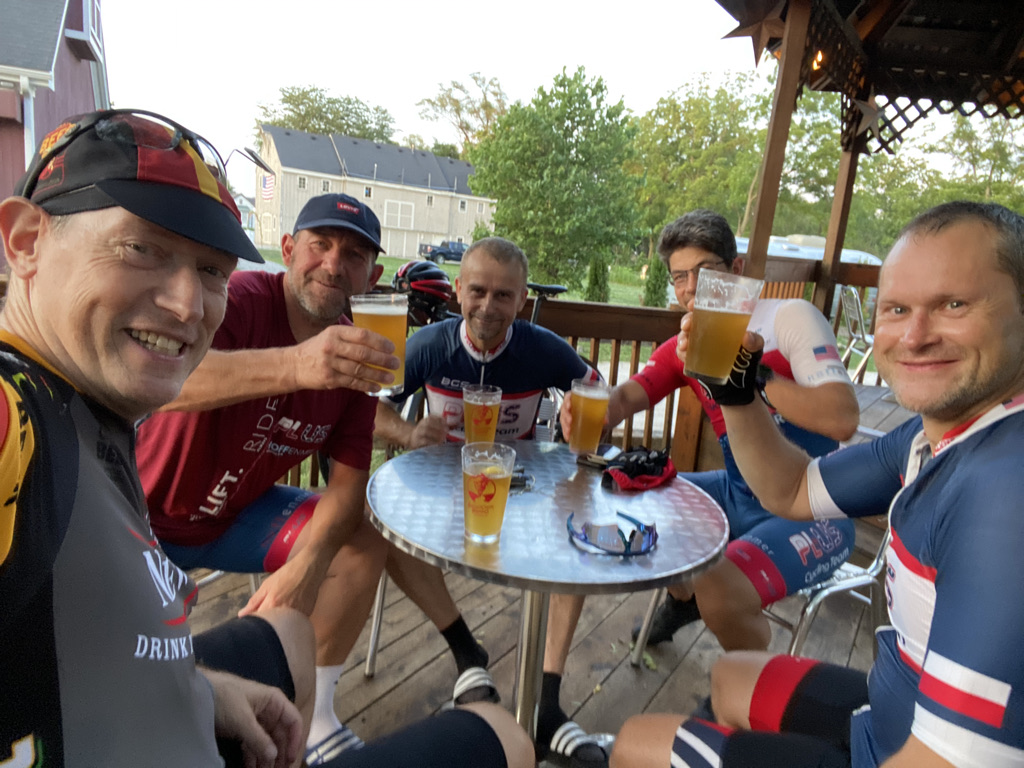 I met some guys that ride from here called PL-US, or the Polish US Cycling Team. An amature riding club made up of guys either from Poland or of Polish descent. 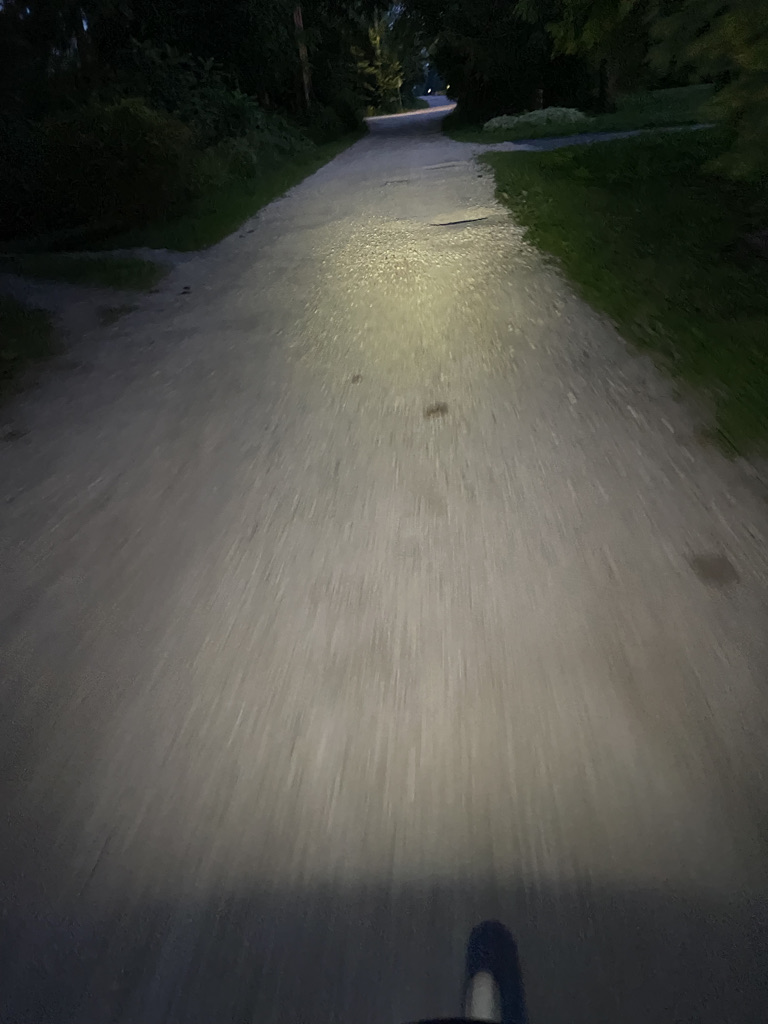 I ended up riding home in the dark