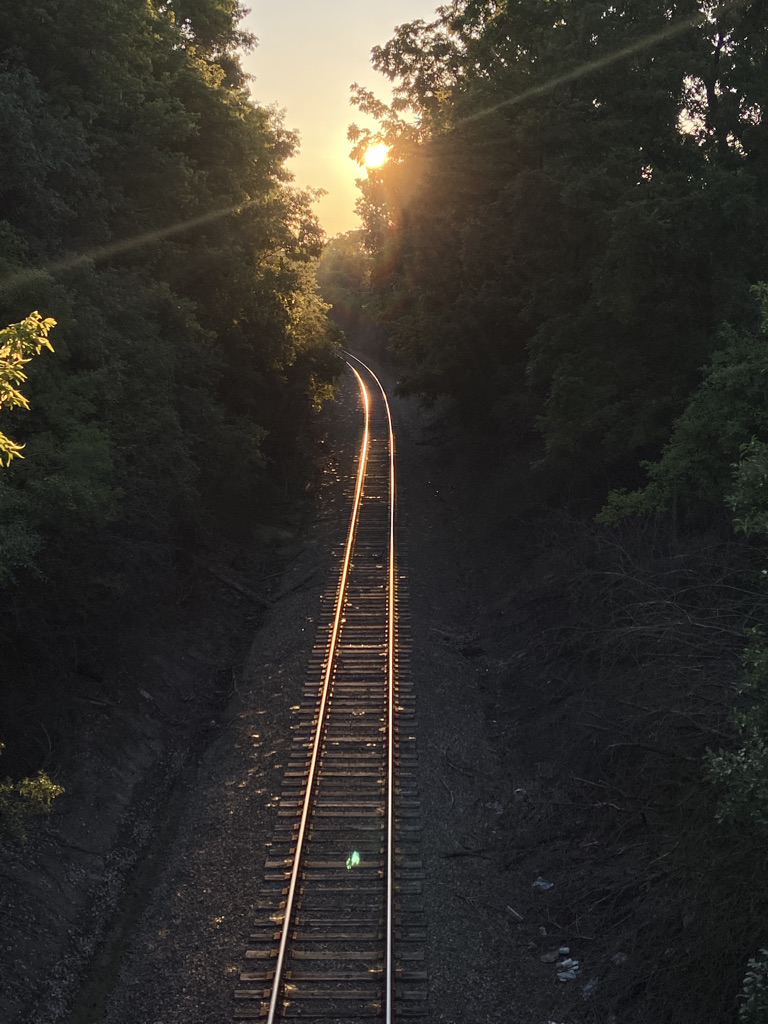 My original intention on this ride this morning was to ride further north, to Lake Forest and then pick up Sheridan Road and ride back down to the Baha'i Temple and then loop back on Green Bay Road. 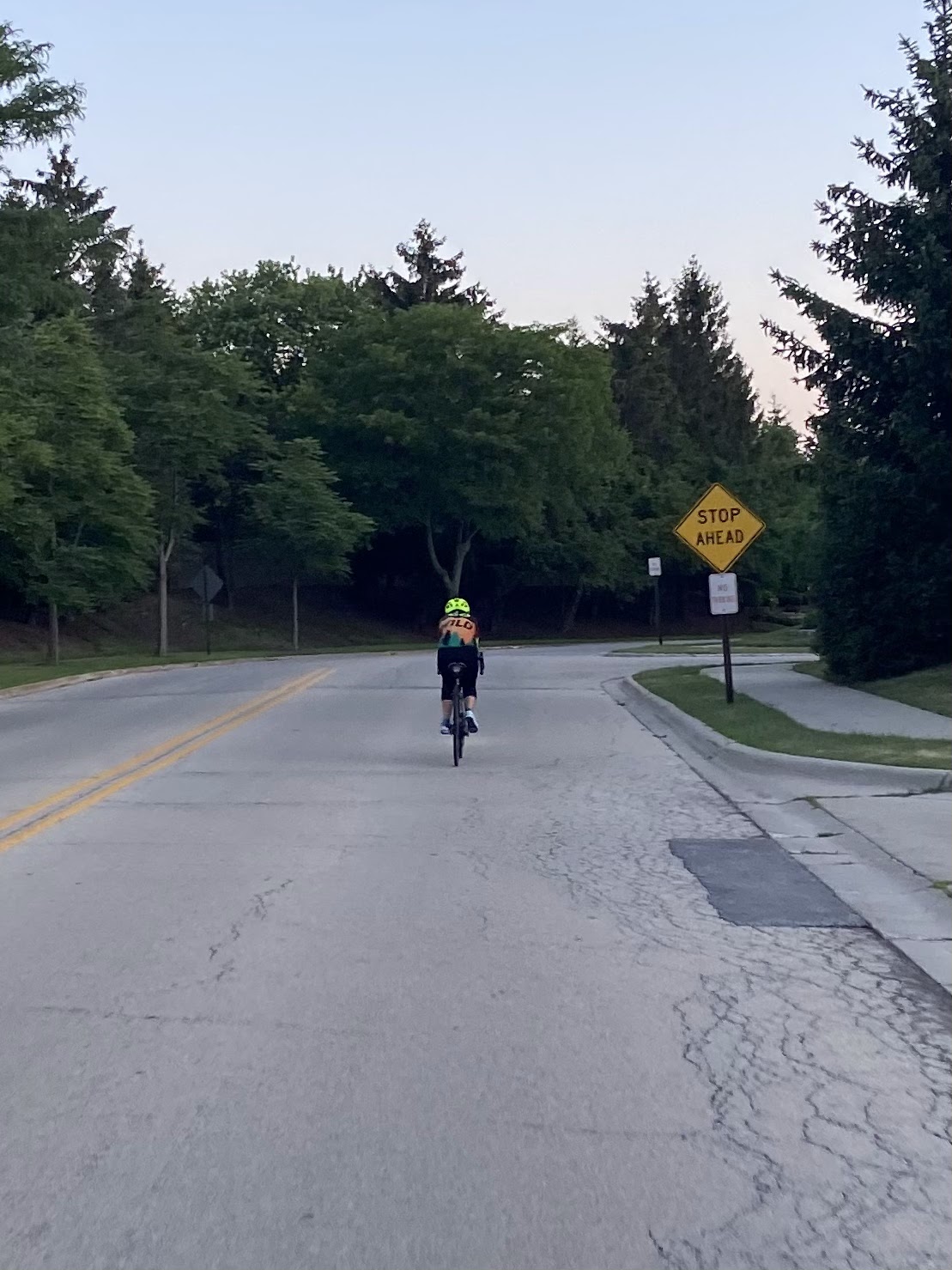 As I was riding north on Telegraph Road I caught up to this woman who recommended that there were really nice roads to the north of here. 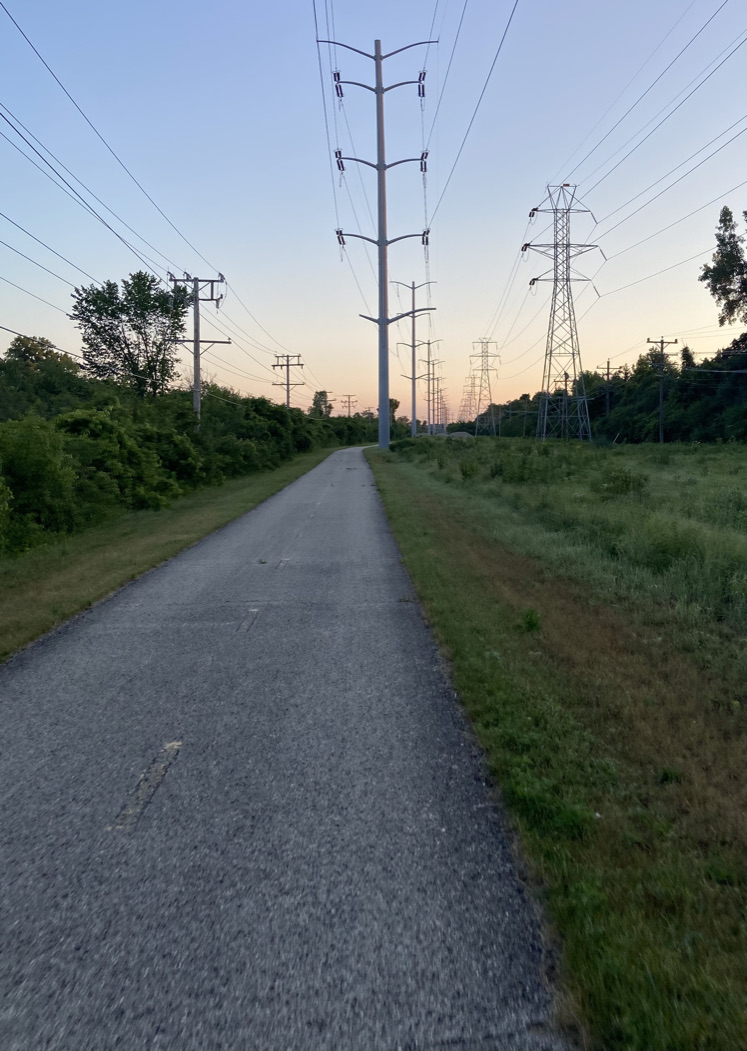 Following her advice I continued heading east towards the lake when I found a deserted bike path and then turned north.  Along the way I came upon another cyclist riding a real nice Colagno but he had Airpods in his ear and wasn't up to chatting. 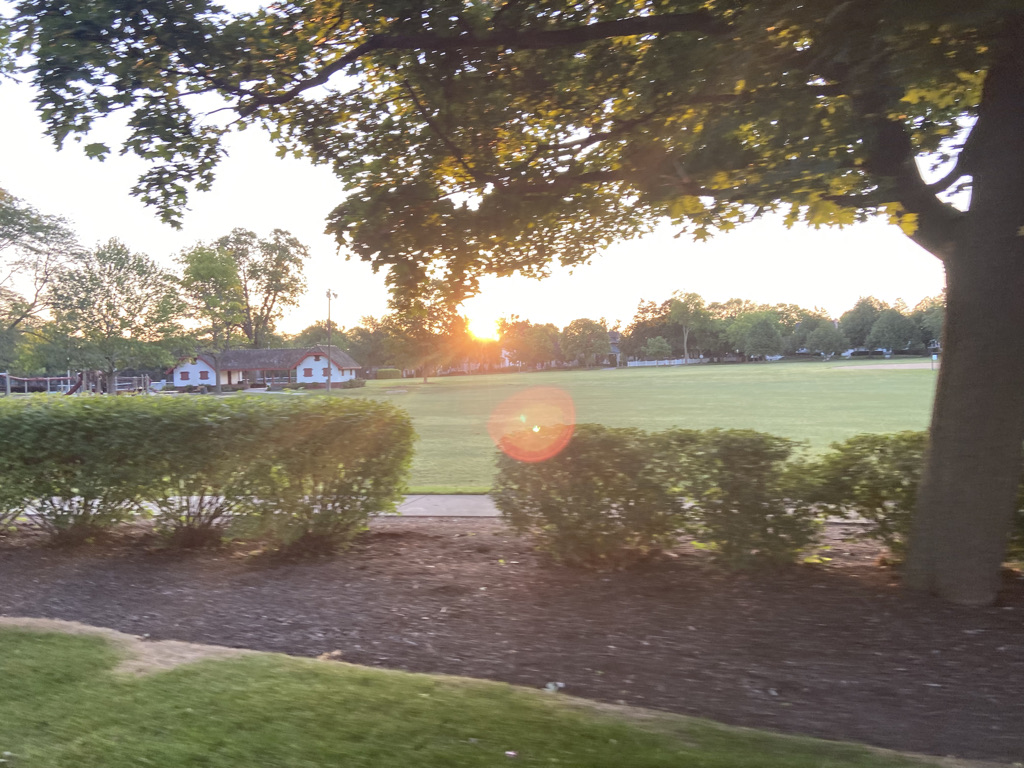 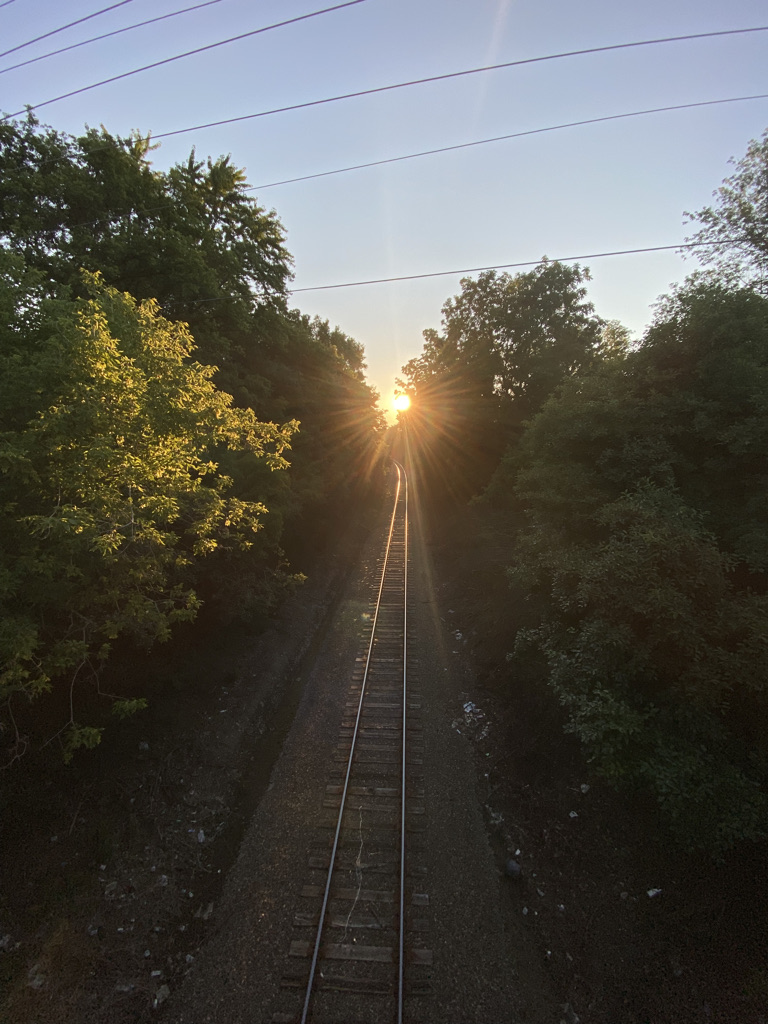 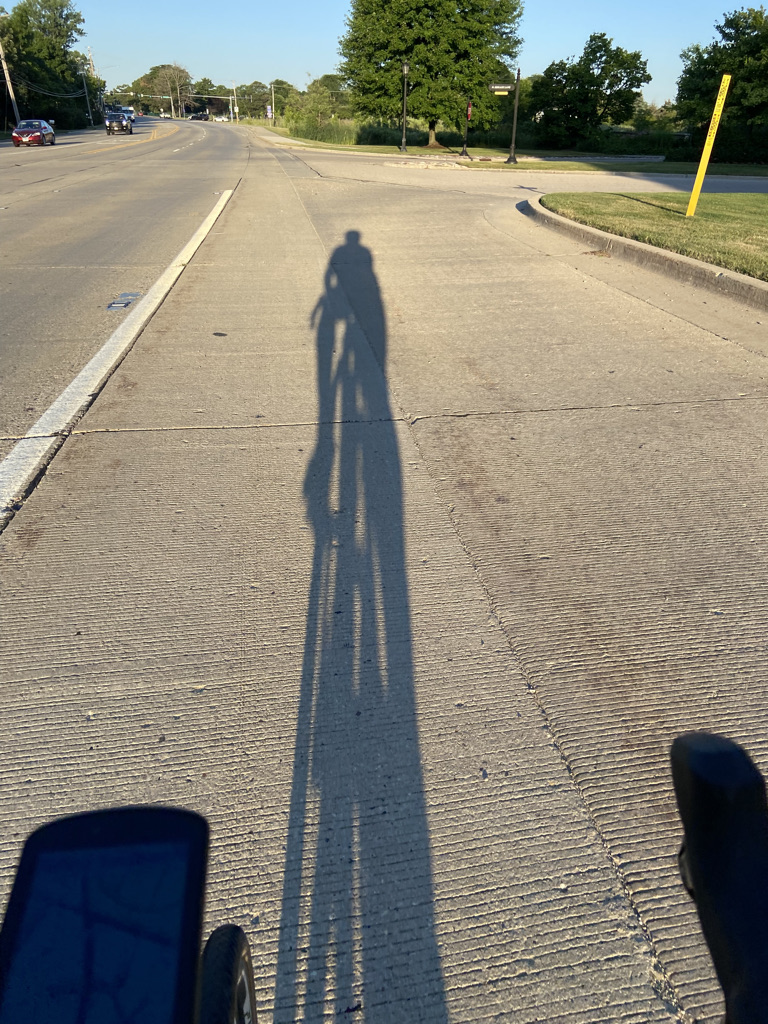 Continuing north I wound up in North Chicago and decided I needed to head west and then turn south again. The roads up here were really busy and thought I picked a good way, Martin Luther King Jr Boulevard. Great road, only it ended at the dreaded Waukegan Road, which is a 6 lane highway.  I rode it for dear life until I found a slightly better road, Buckley Road, to continue heading west. 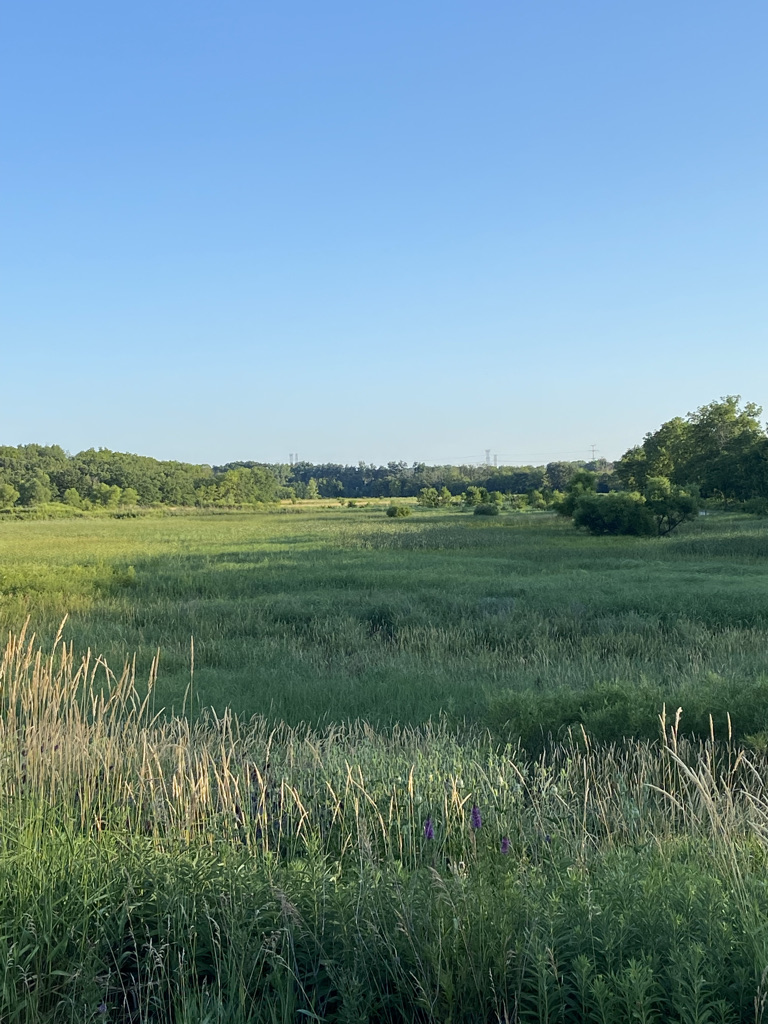 I was in really unfamiliar territory so when I came upon Des Plaines River Trail Greenway I knew I found my way home. 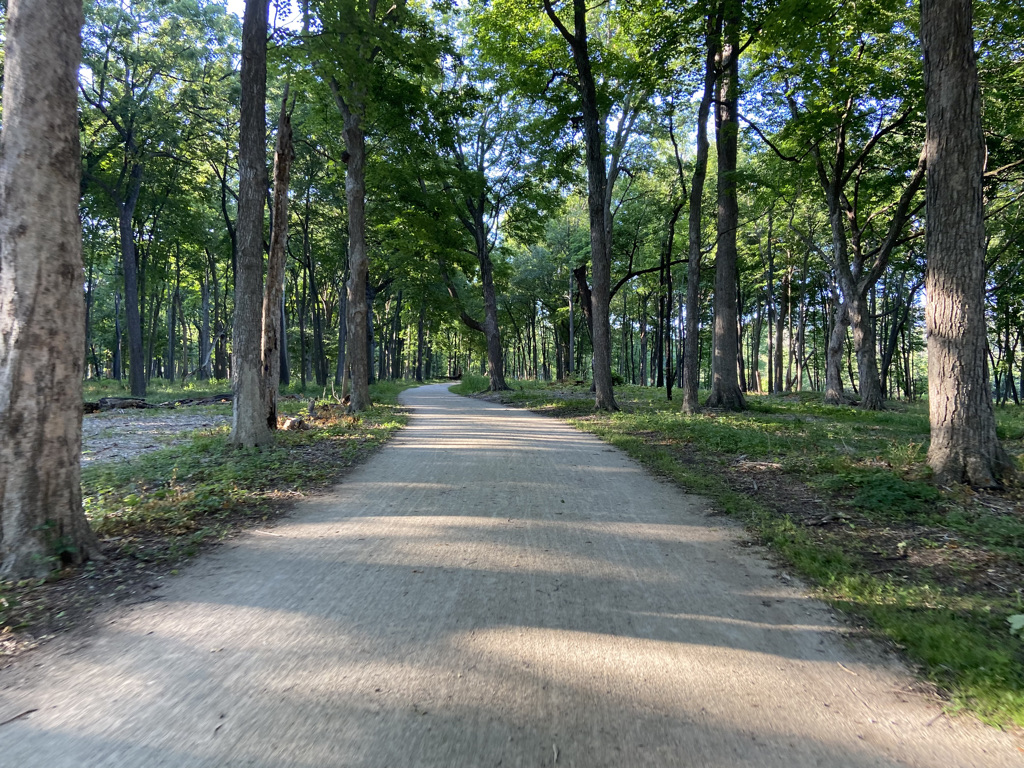 In Lake County, the trail is super smooth and really wide, and it was great to get out of the sun 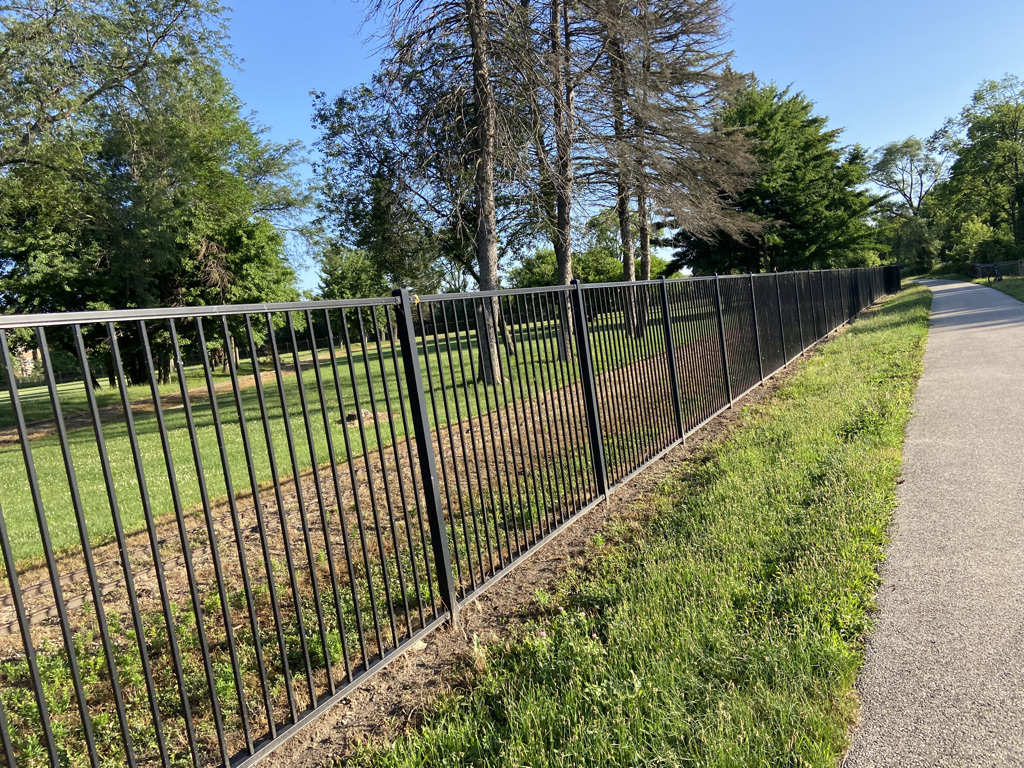 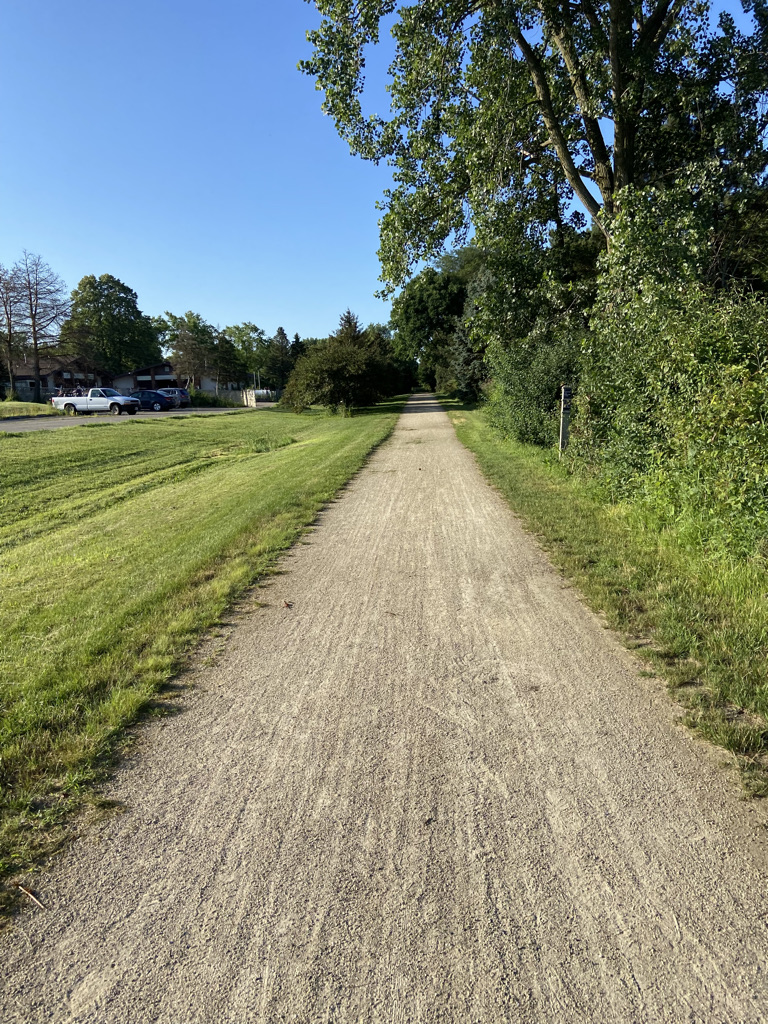 The trail is heavily trafficked by bikes 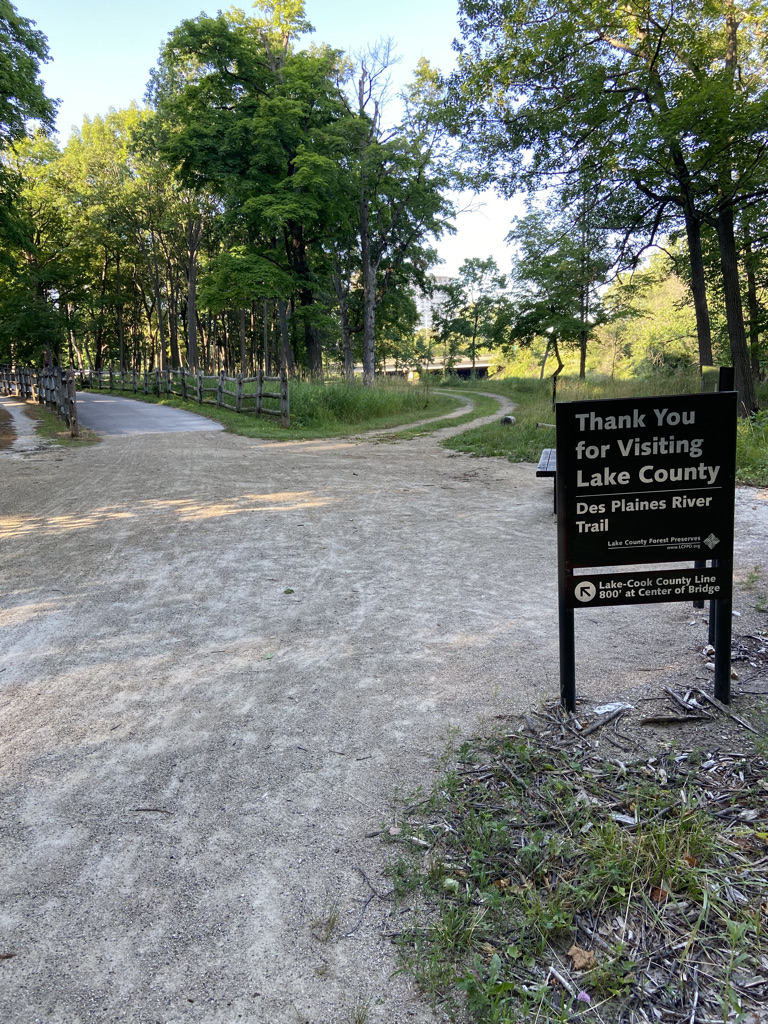 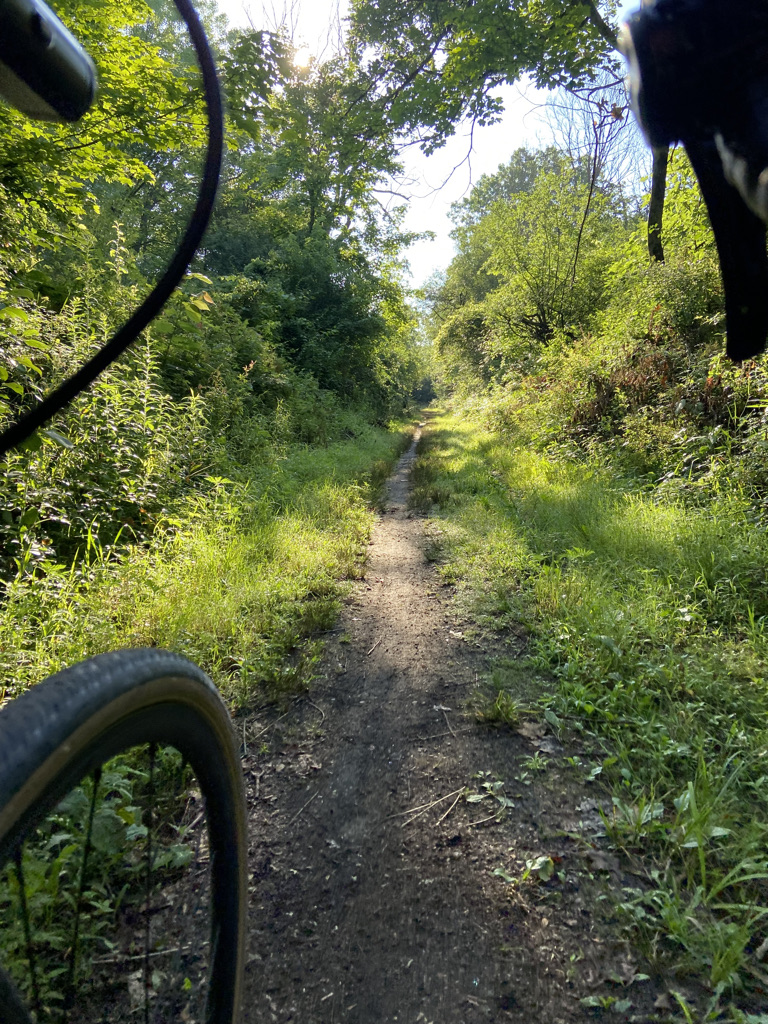 To get back to my Aunt's house I had to ride some singletrack
at 3:00 PM