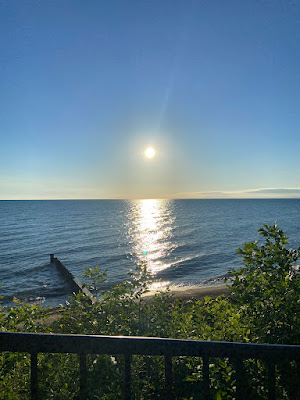 My first ride this summer in Chicago took me to the shores of Lake Michigan down off of Sheridan Road, which is a major cycling route. One of the challenges of riding in the Northern Chicago Suburbs is trying to avoid the major thoroughfares, like Lake Cook Rd, Dundee Rd and Willow Rd, and then finding ways to get over to Highland Park to Green Bay Road. 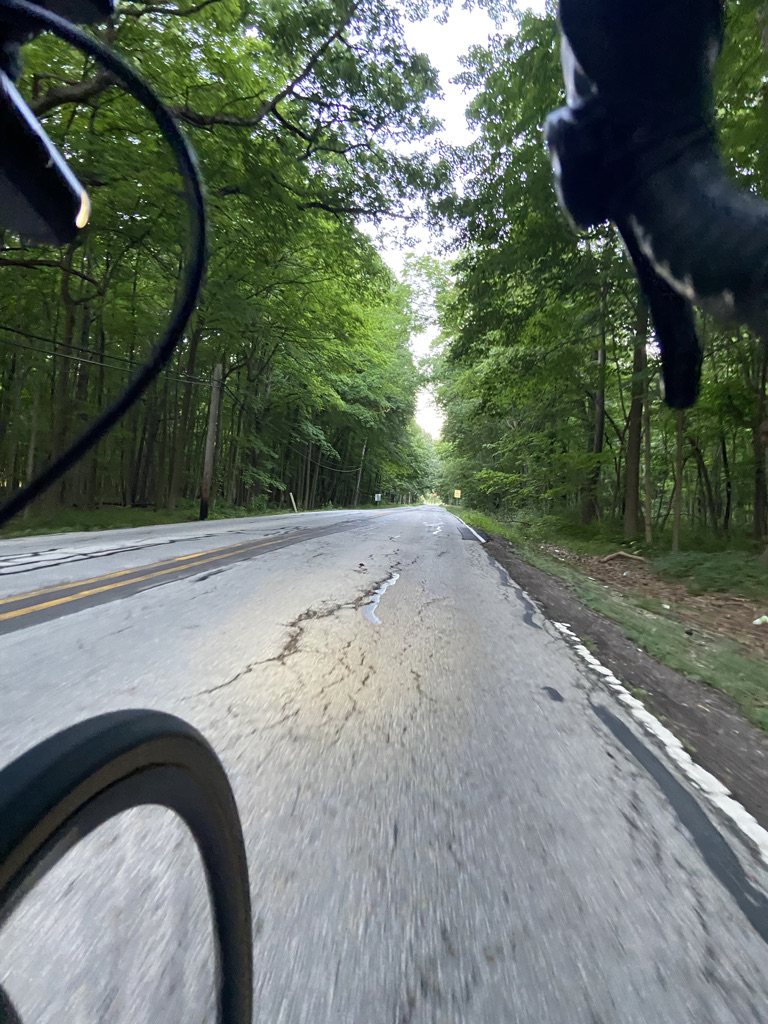 Leaving at 5:30 AM I jumped on Lake Cook heading west because I figured all the commuters would be going the other way and it was a good move. 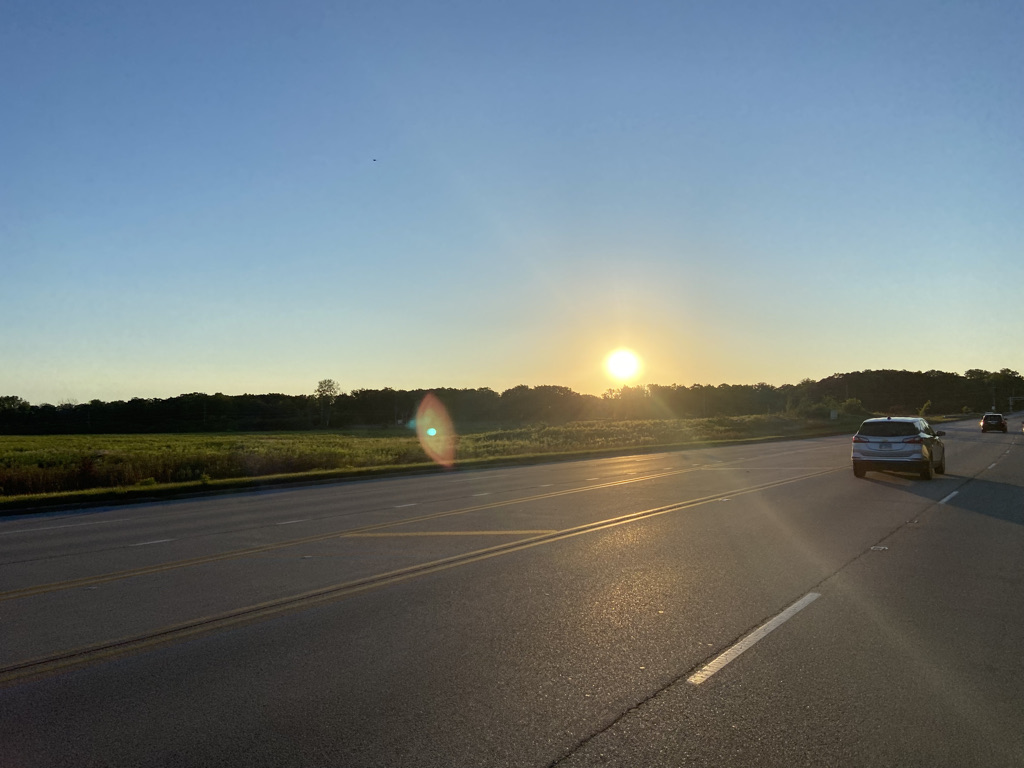 Again, it was early enough that I was able to ride Dundee Road to Green Bay Road and then head south towards Chicago. 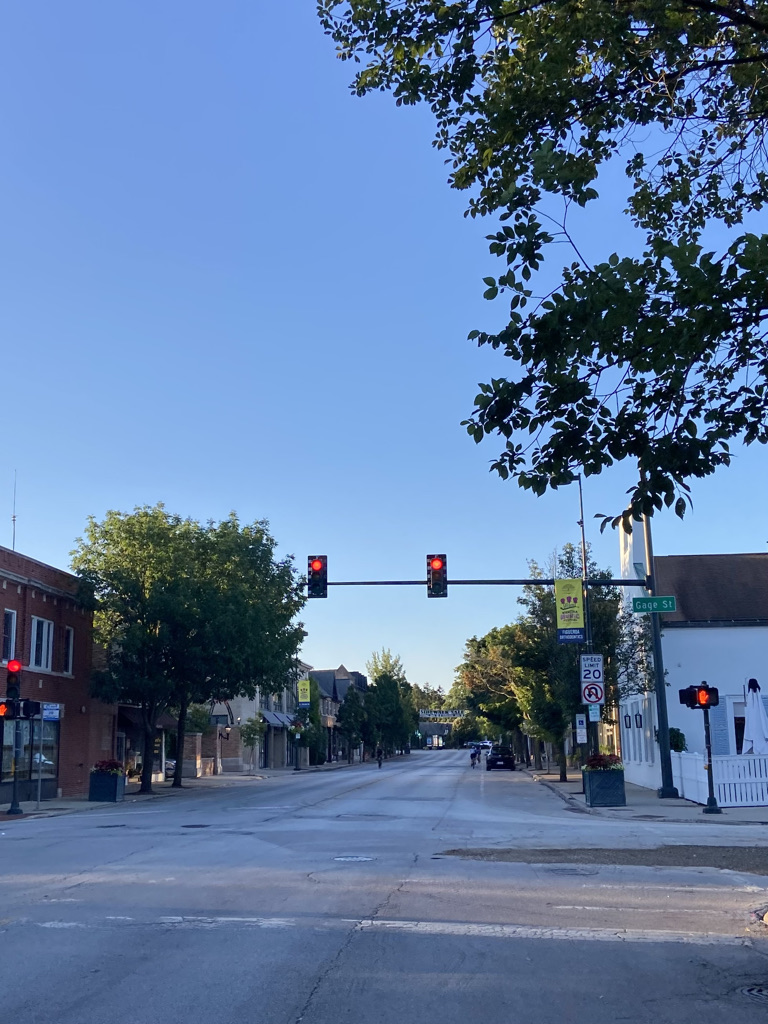 Green Bay Road is a major cycling route and I got passed by a lot of tri-geeks. 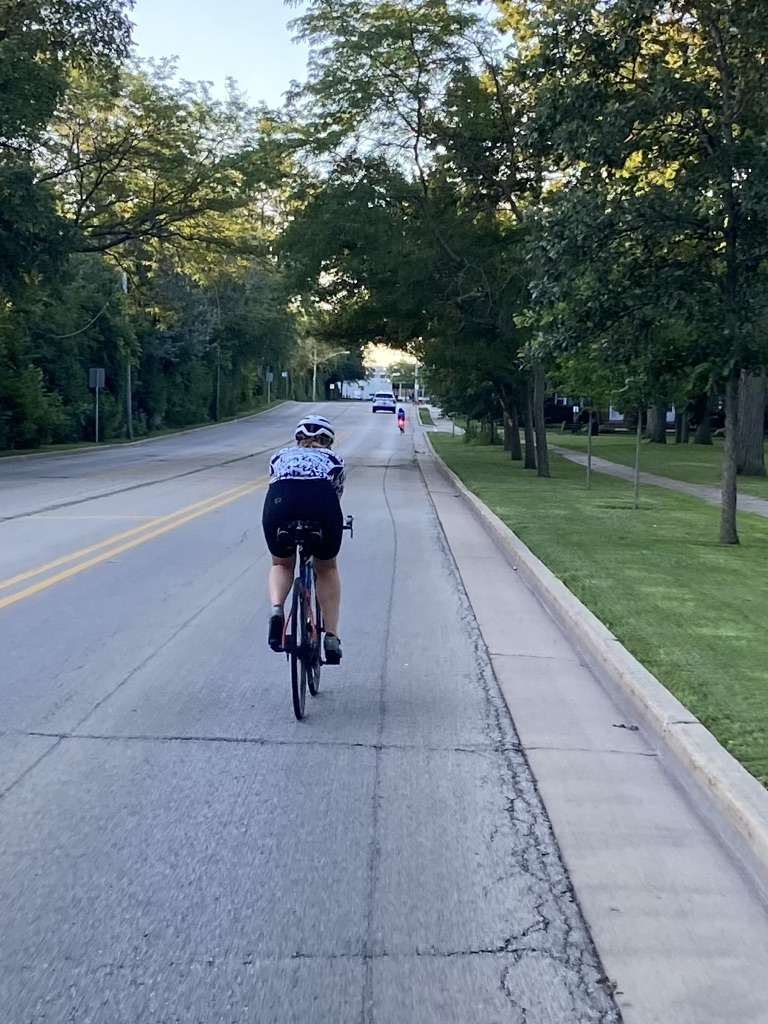 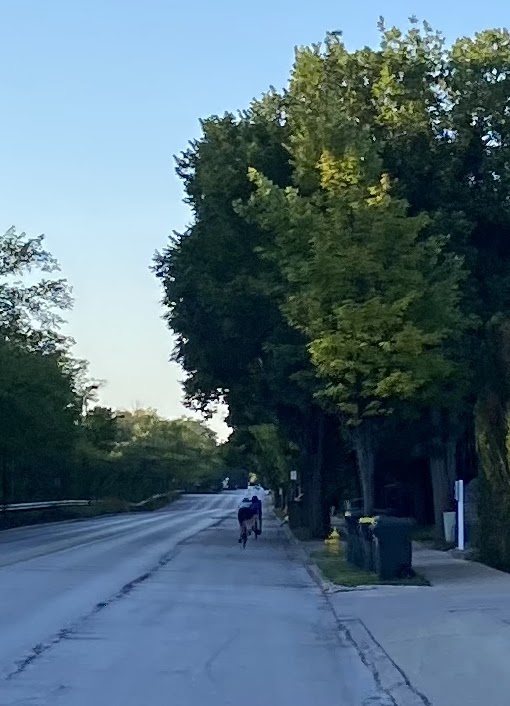 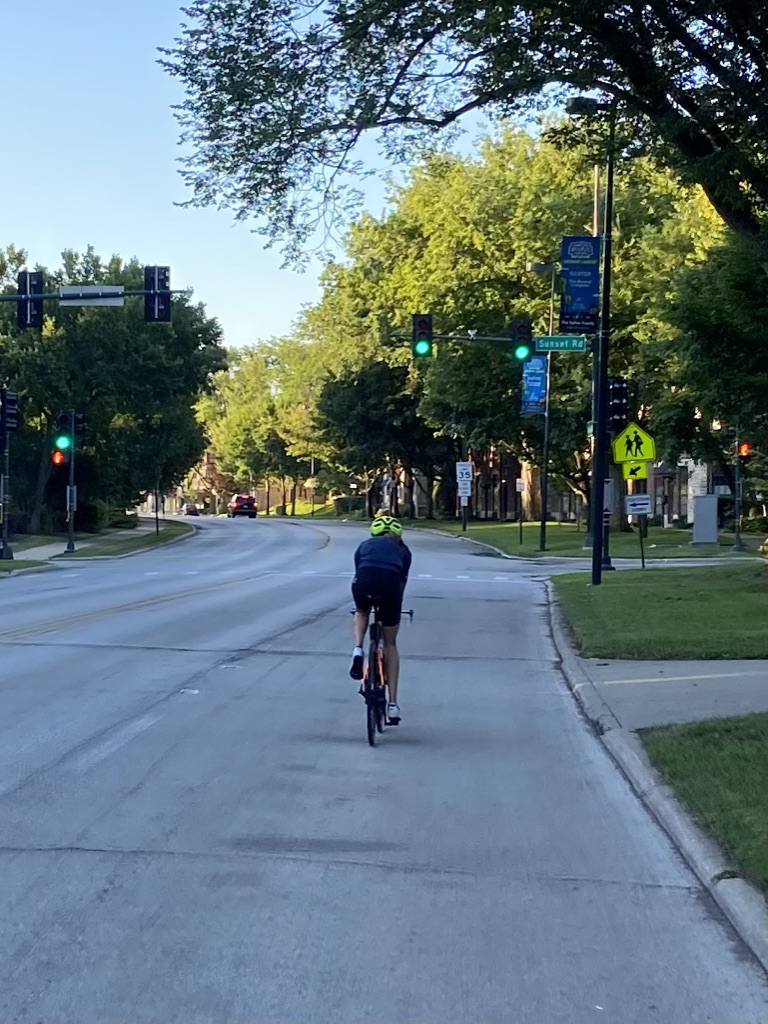 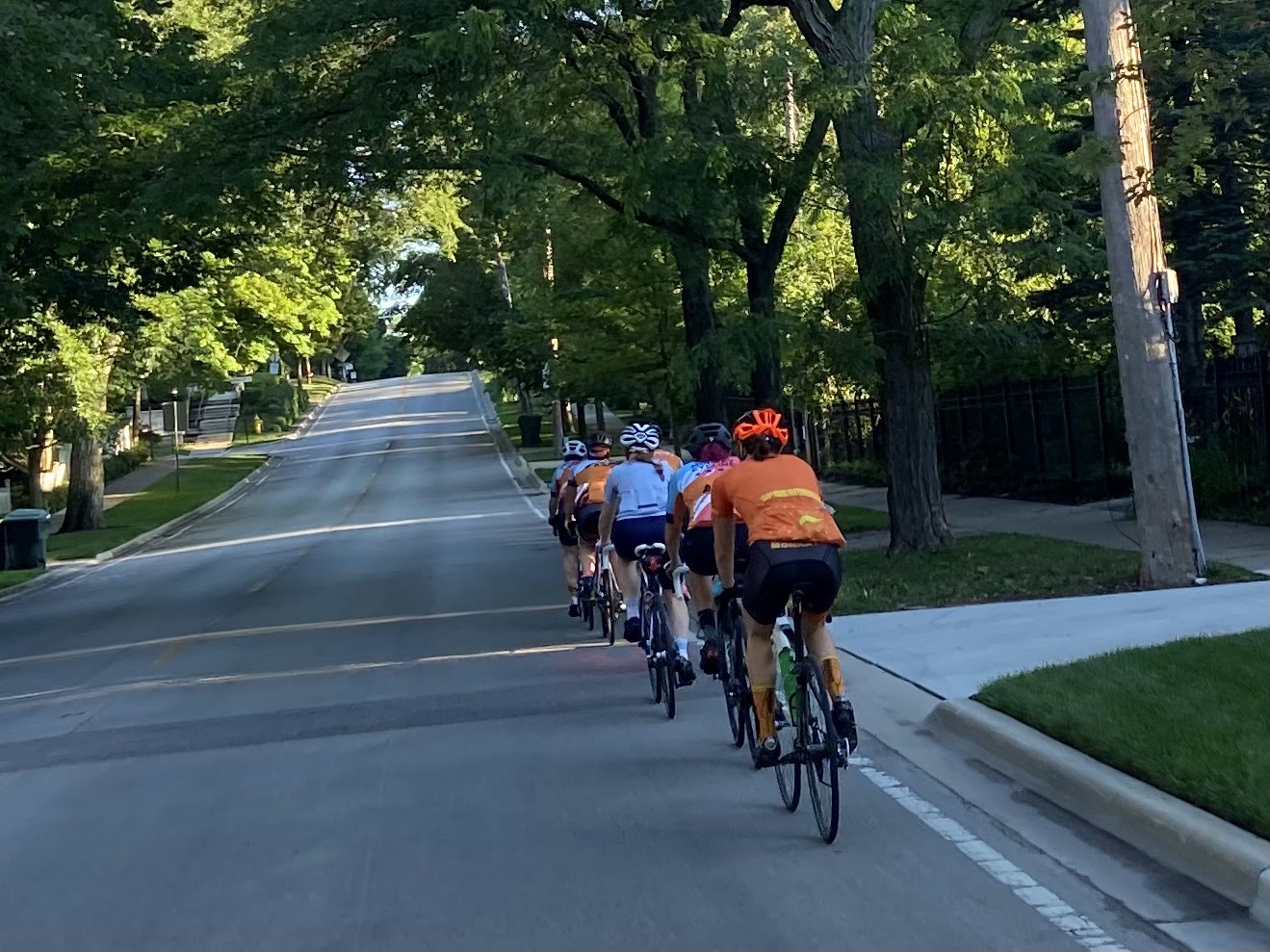 Then I headed north on Sheridan Road on drafted this crew of women from the Spider Monkey cycling club. 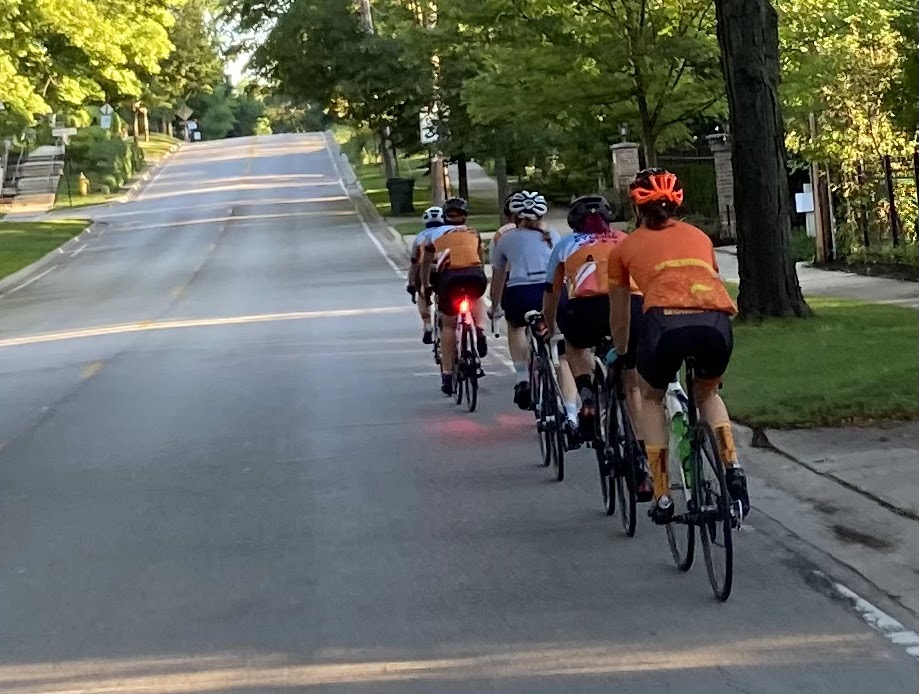 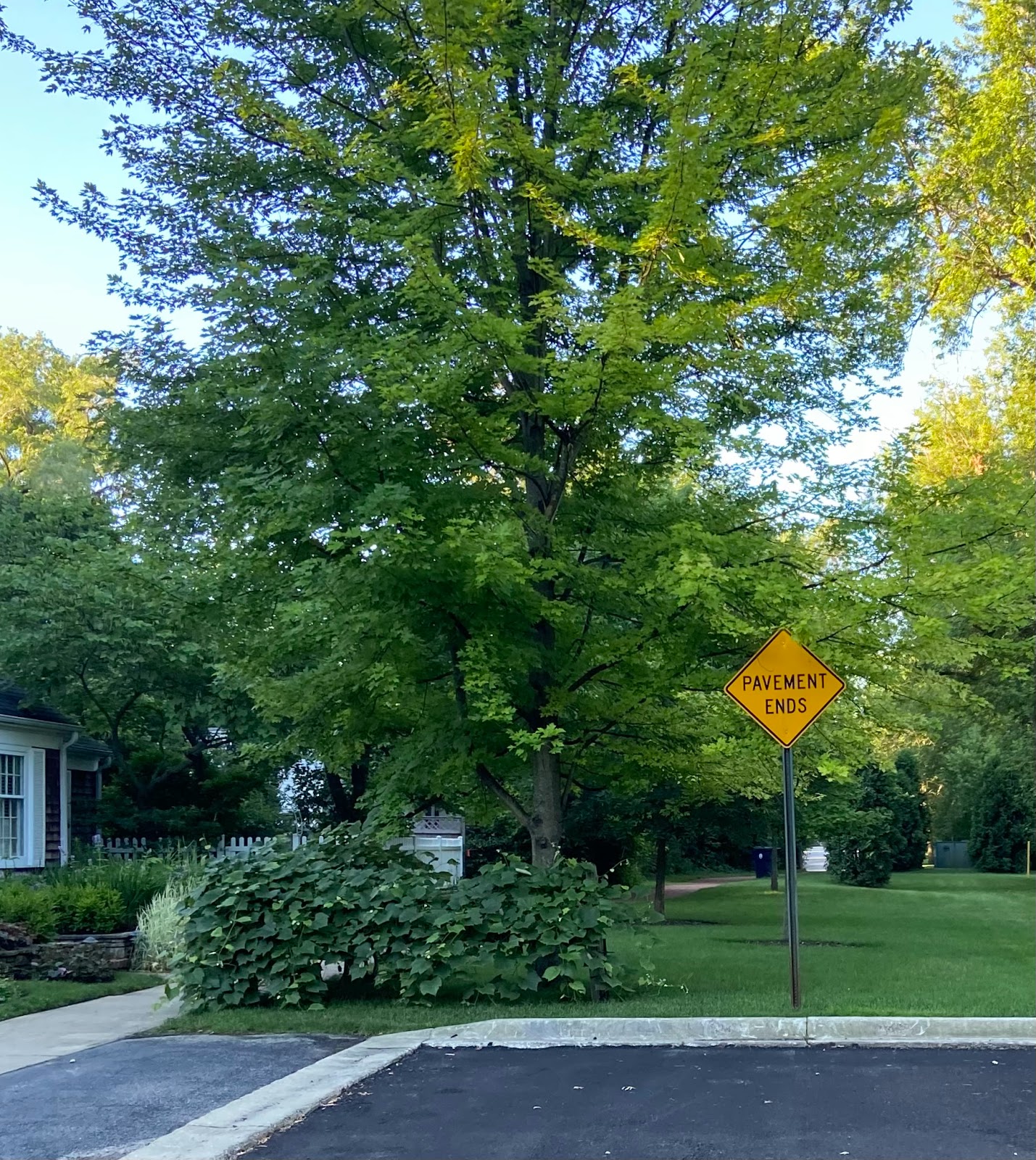 Heading back to Northbrook I happened upon a little dirt! 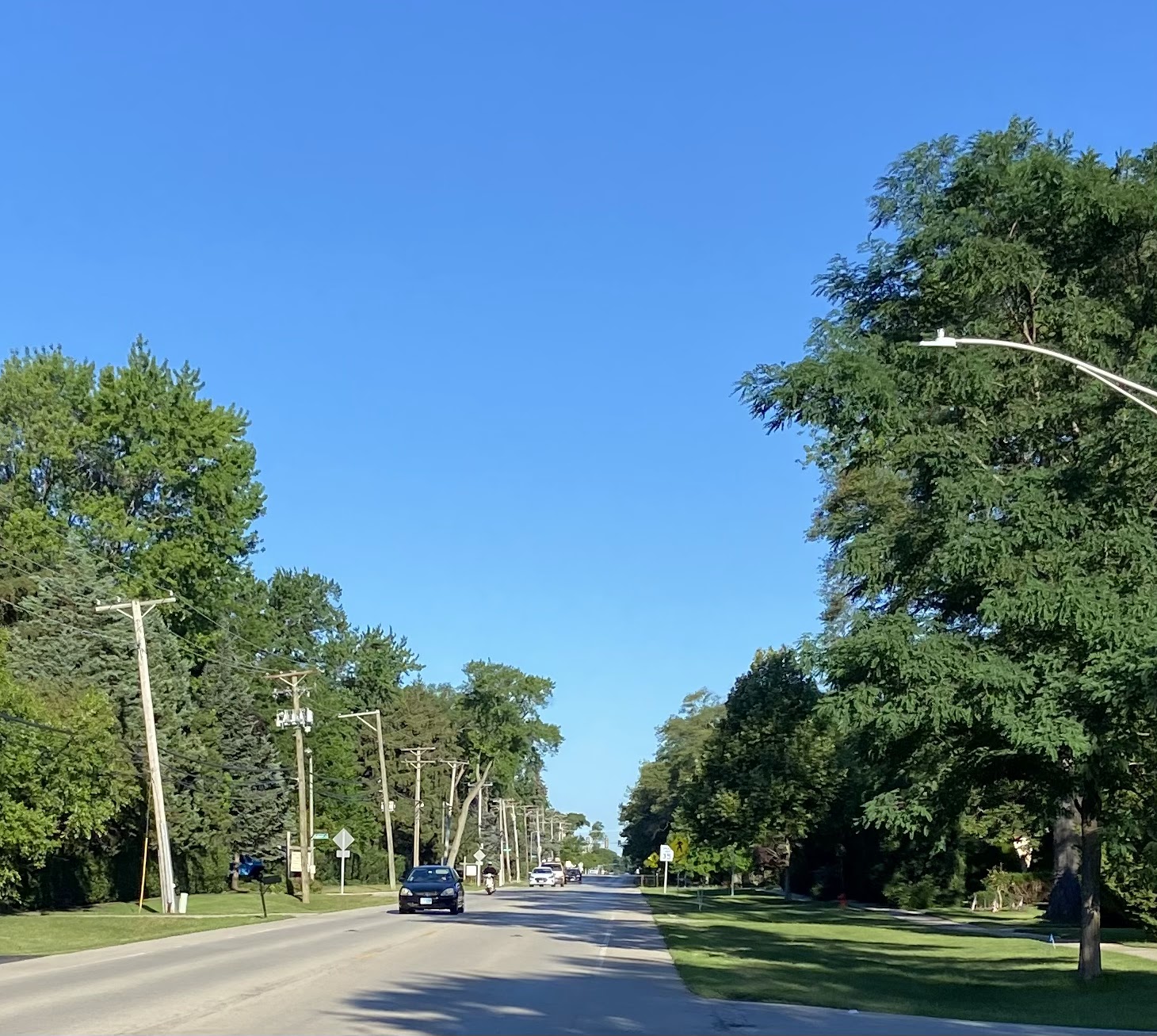 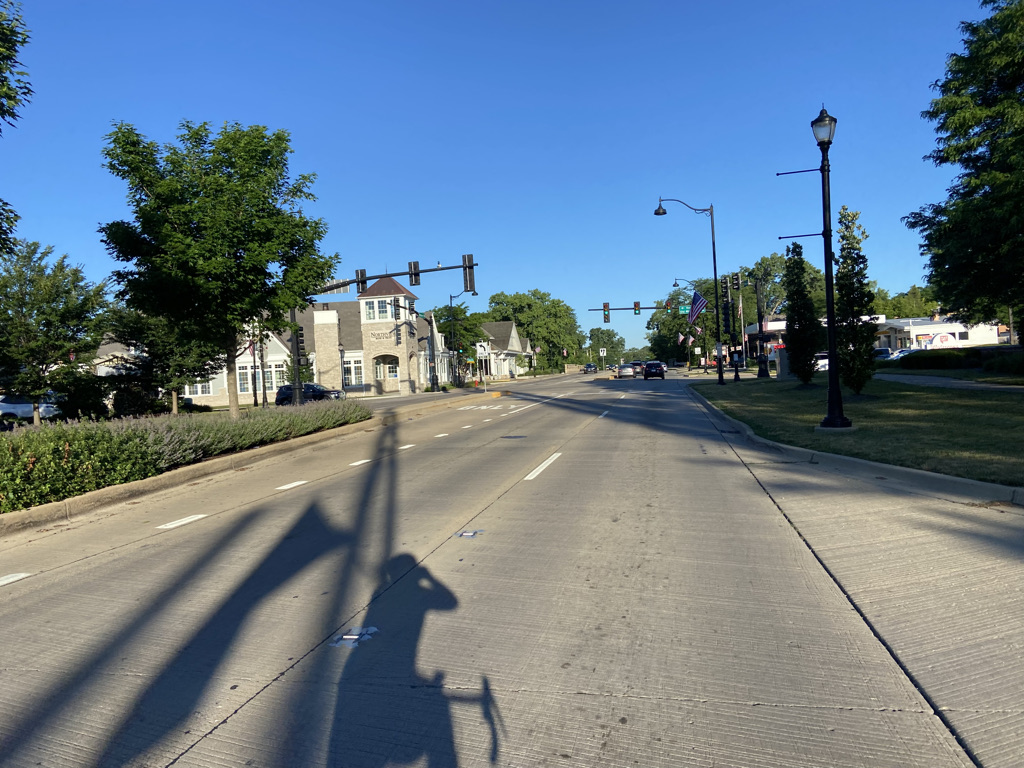