Look, there is Xar in my Car! 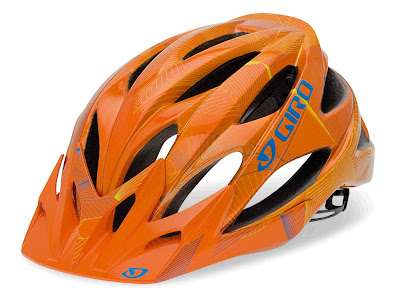 My eyes have been opened up to a dearth of biking information since I started playing around with Twitter.  You may have noticed that I am tweeting as well, or snackage, sneeking.  Anyway,  I am following some bike manufacturers and this one blog that tweets called BikeRumor.  One tweet I followed was on a new line of helmets from Giro. The beginning of the post talks about a an Urban Styled Bad Lieutenant type of helm (see these on kids at the slopes during the winter) which are not my thing but scrolling down the post I came across Giro's 2011 product line called the Xar.  Following in the footsteps of their other three character helmet lines (Zen and Hex), the addition of the Xar reminds me of a Dr Seuss book I read to my kids called There is a Wocket in my Pocket.
The helmet looks like a blend of the Athlon and the Hex.  The only difference I can see between the Zen and the Xar is ovalized vents versus longer, thiner vents.  All three helmets are touted as All Mountain helmet with the Hex being the more economical (cheaper) of the three.
Other similarities and differences are:

Email ThisBlogThis!Share to TwitterShare to FacebookShare to Pinterest
Labels: Orange

Finally a blaze orange helmet that I can actually order. thanks!!