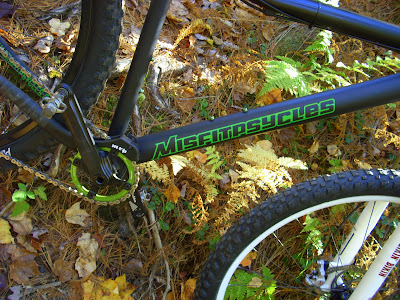 For quite some time, I have been thinking about getting a diSSent.  In fact, the other frame I was considering before I got the Dillinger was this very frame, the diSSent.  The one thing that has attracted me the most is the sliding drops.  At NEMBAfest, I finally got a chance to try one out and even though it was set up gearie, I am sold on the diSSent.  Likin' Bikin', an LBS from Alton, NH had a few diSSents onhand to demo.  The single speed version was too small but the owner Daniel said to try it geared just to get a feel for the bike and that was the best move. 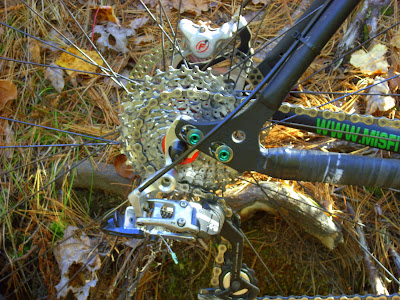 Despite not being used to riding with gears and an unfamiliar cockpit the first thing I noticed about this frame was how good it felt.  19" frame with a 100mm stem and felt right at home.  It was really light but then again, it had some pretty primo parts on it that contributed to the lack of weight, for gearie bike.  In comparing the geometry between the Dillinger (20") and the diSSent (19.4"), they are almost identical but for some reason the diSSent felt much better.  I wonder if it might be the fact that it's 6061 Al vs 7005 Al on the Dillinger and bent top tube which increases the head tube angle by a degree over the Dillinger. 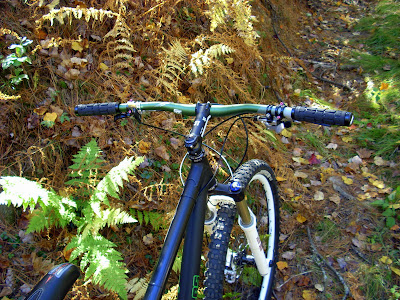 All I know is that after riding the diSSent I now need one!  The bike was really tight and felt really smooth.  Now, to figure out how to get one. 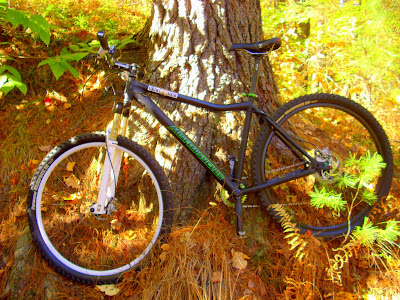