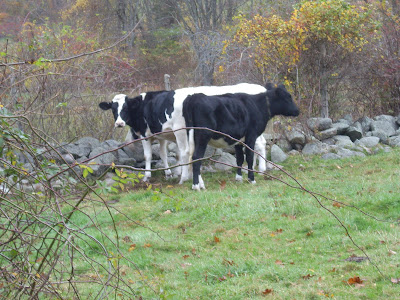 Commuting Friday morning was a little shocking with a twenty degree difference in outside morning temperatures from just a few days ago.  Even the cows on Sugar Street were huddled up for warmth.  Still, proper preparation is always key to a successful morning commute.  I went with a warm layer between a riding jersey and jacket, cold weather riding gloves, tights, cold weather booties and an ear band.  Two days ago I was wearing shorts, fingerless gloves, long sleeve and a short sleeve riding jerseys and my summer shoes. 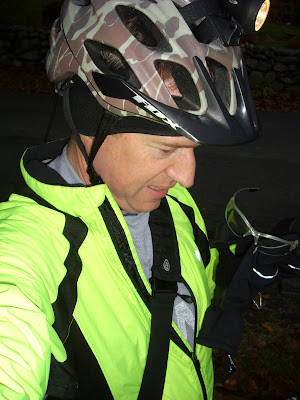 Despite the cold morning I was have having fun on the Qball Monster.  It's such as a solid bike and I love riding it, although it's getting a bit long in the tooth.  I almost have 1000 miles on it, 3/4s of which are trail miles and the frame is strong as ever. 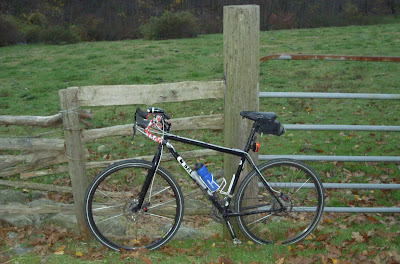 After visiting the cows on Sugar Lane, the sun peaked out for a brief moment and I was able to capture some incredible fall foliage shots of the ridge line behind the Ferris Farm.  It was like the ridge was on fire. 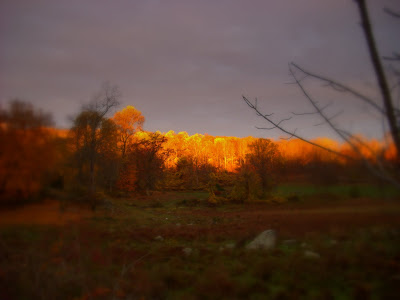 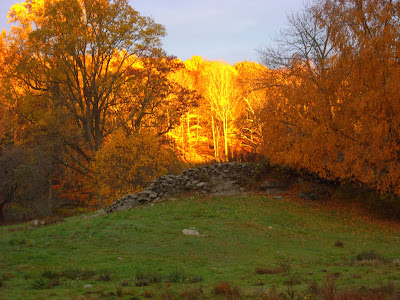 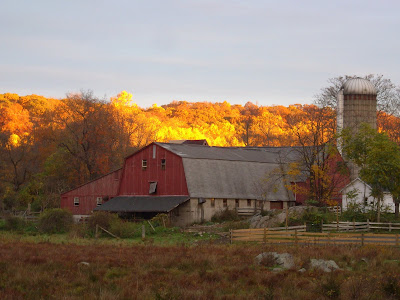 I learned a lesson riding home.  Ride with the same kit in the afternoon as you rode in the morning with!  I guess you could say that looks were deceiving Friday afternoon.  It was sunny and 55 degrees but at 4:30 PM it started to rain, just a passing shower according to Wundermap, and so I hit the road in shorts, a long sleeve jersey, fingerless gloves and my riding jacket.  After the first mile I put my cold weather gloves on and I was thinking about adding another layer up top but I don't think I was going to be able to get the tights on.  I pressed on, caught the briefest of rain showers, saw a double rainbow,
The rain delay also meant getting home later than I wanted and adding to that I took the longer way home, too.  However, looking back on that decision, it was a wise move because if I had taken the shorter way home I would have hit the rain squall that produced the double rainbow and soaked my neighborhood.  When  I got home the roads were pretty wet and slippery.  Riding that way would have been a little treacherous.
at 8:52 AM