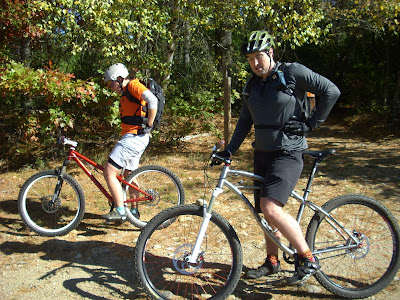 CT NEMBA led a ride on Sunday morning.  We originally started out with seven riders, 4 single speeders, and three gearies but after the first climb the gearies broke off because one person in that group of three couldn't even stay ahead of me as the sweeper.  At that point the ride turned into a Single Speed only ride.  Prior to riding the new section of trail we picked up a kid who got left behind from his group (that was smart).  He rode with us until we caught up with that group. 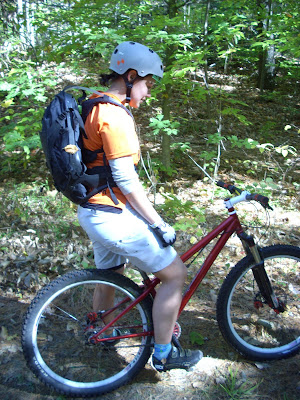 Kyerra took a header on the new trail.  Combination of too much speed and an unimproved trail meant she couldn't make one corner and went OTB.  She was fine but here brake lever needed to be straightened. 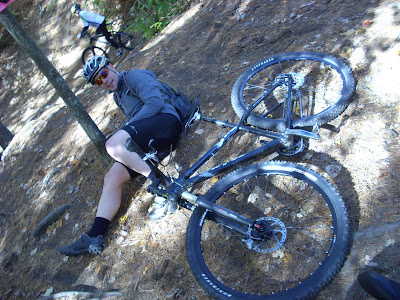 Pictured above is Rich.  Second time out on a single speed and he was killing it.  He did have a little mishap at the end of the ride where he fell down for stop.  Kind of embarrassing.