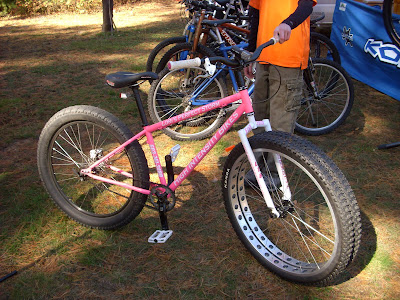 There were a few fat bikes/snow bikes in attendance, too.  This custom, Peptol Bismol bike had two rims laced to one hub.  This configuration, according to it's owner is really only for riding in snow. 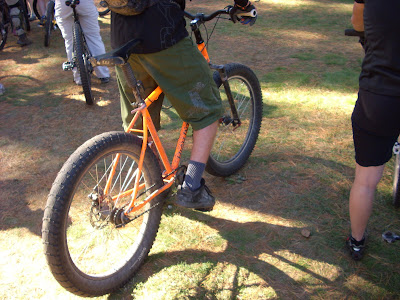 Same frame as the Pink.  These frames were made by Frank the Welder and apparently he made less than 20 frames.  What's cool is if you didn't want to put on fat wheels you could still use 29er wheels.  Now that's versatile, that's two bikes in one! 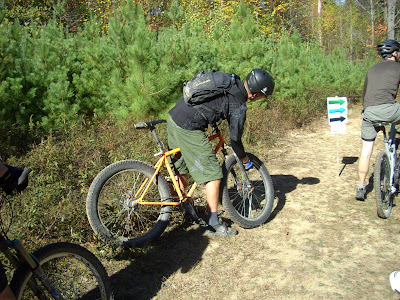 Orange on the trail 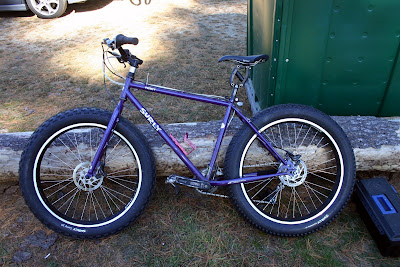 Of course, who could resist a Purple People Eater?
at 5:07 PM