A Gravel Grinder in the works? 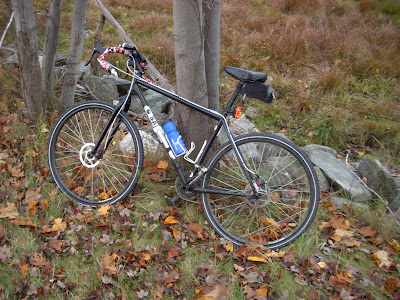 While I really love riding the Qball Monster Cross riding opportunities have been non existent.  The 2010 Waterbury, VT gravel grinder happened to be on a race weekend, on vacation during the D2R2, mountain bike festival for the Tour de Roxbury (Invitation only ride, last year's ride), and the Eel (kind of an Alley Cat event but gears are tolerated) was this weekend (can't do Saturdays).  So to spread the lovin' in my stable I have been riding the Qball as a commuter mostly but vow to get it back into some dirt and to do so, I think I am going to create my own Gravel Grinder! 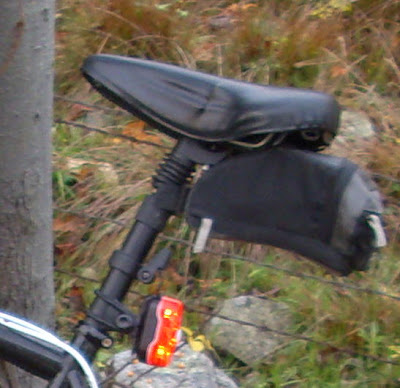 New saddle on the Qball - Brooks Racer Saddle from a 1972 Peugeot UO-8
On November 11th, Veteran's Day, I am going to scout out what is to be called the Tri-Bury Gravel Grinder.  The three Burys consist of Southbury, Middlebury, and Woodbury (and there is a smattering of Naugatuck in there but we'll just ignore that for now).  The only authority on Gravel Grinders that I have found so far is a blog called Gravel Grinder News and it defines the Gravel Grinder as:

This is meant as a guide for those wondering what makes an event a "gravel grinder".
You'll notice I didn't say anything about competition. That's because it isn't necessary for having a gravel grinder.

So the route that I am thinking will be a combination of gravel railtrail, dirt roads, some road riding, singletrack, dirt railtrail and paved railtrail.  I have done a map reconnaissance of the route but now I am going to spend a day checking out the route.  There is one section in Woodbury that I have never ridden before that might have a nice nugget of dirt road. 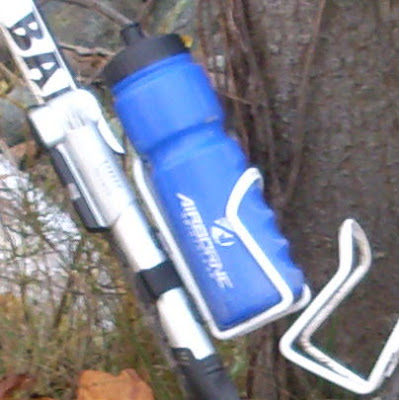 Gratuitous product placement
at 4:15 AM