Decided to check out the Where's Waldo Trail in Southbury, CT where I did some Trail Maintenance last week with the Trail Designer, Paula. The section of the trail that has had the most work done to it is outstanding! I made a map of the ride which is below. The portion of the trail that has been cleared and benched in many places is extremely challenging and at times very technical. 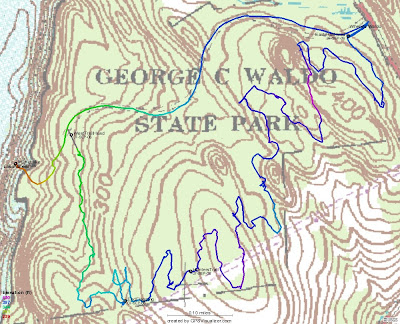 However the trail is not complete and to my chagrin at one point I thought I was going to be lost! I don't think I have ever been lost out in the woods. I think for the future, whenever I am exploring something new, always bring my GPSMAP60 so that I atleast have something to reference and a backup GPS. The section of the map towards the lower left that looks like a U is where I lost the trail but then I found it again. Awesome stuff back there.

When I lost the markers I decided to head north figuring I would hit the access road at some point. Ironically, 20 yards into my bushwhack I spotted another orange tape and just kept following them until I got to the access road. My only real concern was that I was going to be late for dinner.

I ran across the other end of the hunter's trail and on the map below I surmised where it might go from the access road. Having this apart of the future trail system will be great because it will allow for a figure eight and give all the rider to experience the trail system from different directions without having to start from either end and work forwards or backwards. 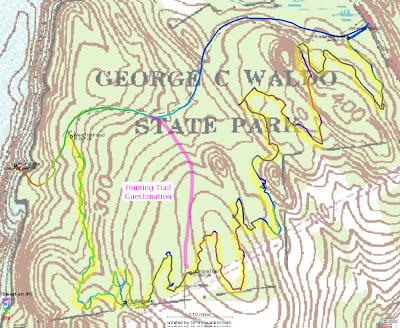 Just past the powerlines there was a little break in the boundary and I shot this view. You are looking south over one of Mitchel Farm's fields towards Newtown. Somewhere down there, hidden amongst the trees is the Shepaug Dam. 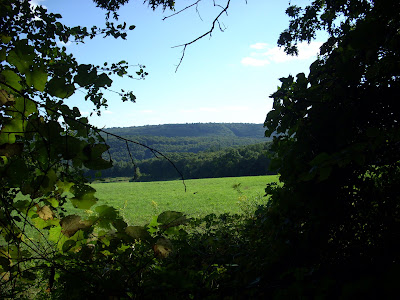 In anticipation of the seven inches of rain from Saturday night the power authority dropped the level of Lake Lillilohnah some 3 to 6 feet. I actually rode out into the lake without getting wet when you look at the track on the map. 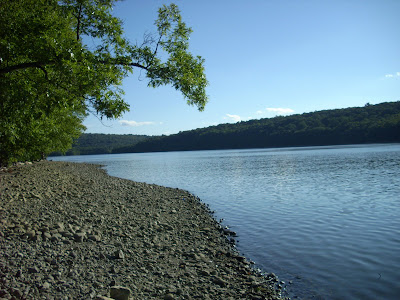 Across the water is Upper Paugussett State Forest. And if you want to see where I was from the other side of the lake, click here. 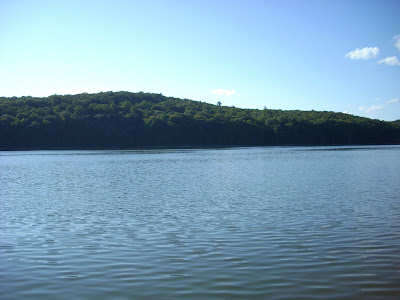 This boat was actually fishing in 30 feet of water and another 10 yards further out it drops down to 60 feet. 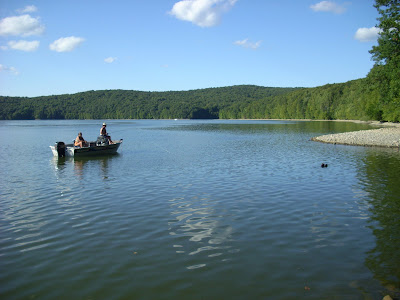 The sun was pretty bright standing this far into the lake. Not sure how many times I will be able to do this. 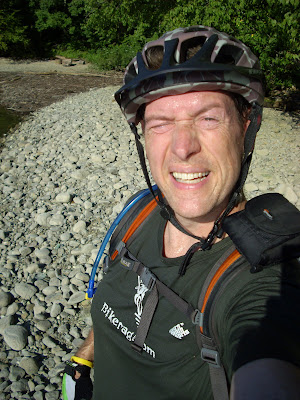