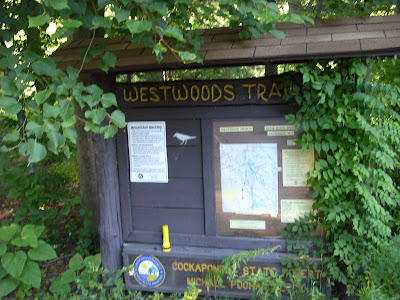 I drove to Guildford, CT on Sunday to help my brother-in-law with some dry walling and since I was in the area, I brought the 'Horse with the intention of hitting Westwoods. I have heard so much about this place that I really wanted to try it. It was a last minute thing and wish I had time to research it a little more because I got a suprise.

Access to maps were pretty good on Bikerag.com and I downloaded some tracks from Crankfire.com and loaded them on the MAP60. Also from Bikerag I printed out the local map and put it into my barmap and found that it was really helpful. I think you can tell by the sign below that this place is known by mountain bikers. Apparently there has been some past controversy with biking here. This is the first such sign I have seen at all the riding places around the state. Maybe it's new and I just haven't noticed or since there has been some past issues here, a sign was necessary. 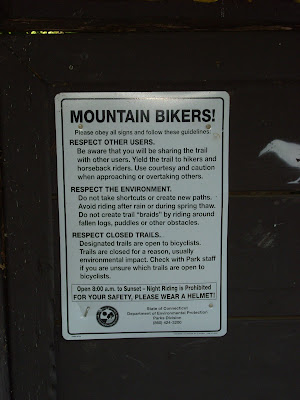 I decided to take the green trail. I figured I only had about an hour to ride and the Green Trail looked like a decent loop that if I knocked it rather quickly I might try some other trail. While I was getting ready, some guy that was picking raspberries at a pick-your-own field asked whether I had ever ridden here before. I said this was my first and his response was get this place was ueber technical. Gulp. What have I gotten myself into? I came here expecting to find smooth, sweet single track but it sounded like something else.

The initial ride up the Green Trail was pretty technical but really fun and a good test of my abilities. Glad I rode the Newtown Trailway last week because this trail blows it away. When the green trail doubled back, around the swampy area it started getting progressively harder and harder and harder. There were technical climbs and descents. Narrow treadways and even the go arounds for the really hard areas were just as technical.

Below is the map that I made using the Edge. What I thought was going to be really easy turned into a nightmare, however, it wasn't a death march. I was able to ride most of it but it really became a slow go. As you can tell by the profile below, it was really up and down the whole way around the pond. 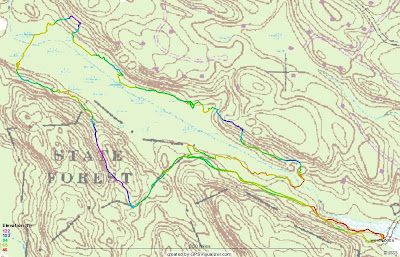 I took this picture of myself about half way up the east side of the swamp that this trail went around. Thirty minutes into the ride and I was drenched from head to two in sweat. 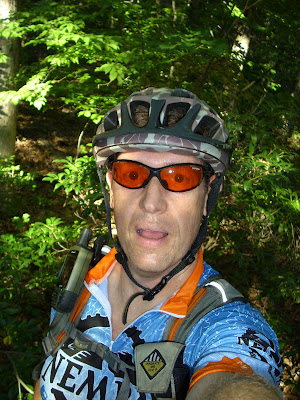 This is characteristic of the trial, only this was one of the more smoother areas. 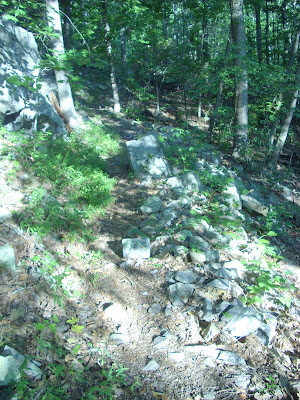 Apparently stunt building has been an issue in the past and it looks like this one was long forgotten. Across from this starts a board walk that goes completely across the entire swamp, could these boards be older planks no longer in use and some enterprising youngin decided to build a stunt? Not very smart if you ask me, these are pretty thin. 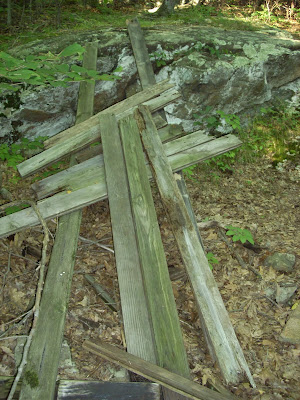 This was the longest board walkwalk that I have ever ridden. 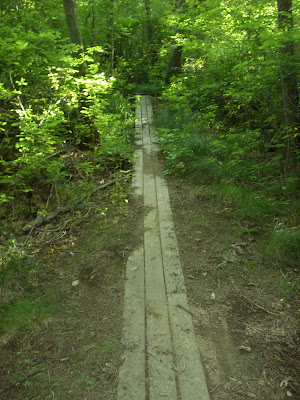 I know this picture is blurry but it proves that I was there. 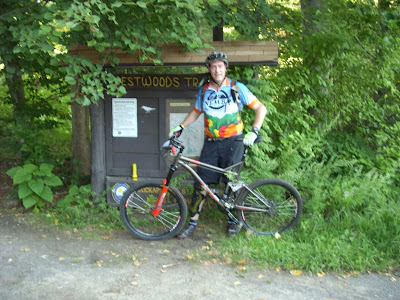 As you can see, the sweat was just pouring off me. 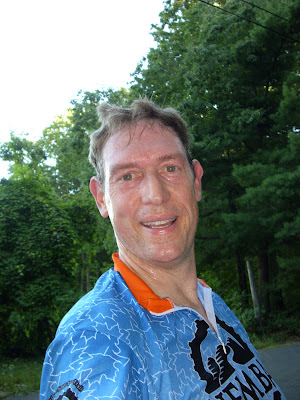 After changing in the lot, two guys went zooming past me, clearly mountain bikers. I ran into them later at a nearby convience store. Started talking to one guy on a 4130 steel SS dirtjumper. I told him about my ride and he said next time you are in the area, visit the Broken Spoke bike shop and they'll give me advice on where to ride and a map with the best routes to take.

Riding with the Map60 I decided to compare that to the Track from the Edge. I was surprised at how well the the Map60 tracked in comparrison to the Edge. The Map60 track is in green and the Edge in red. 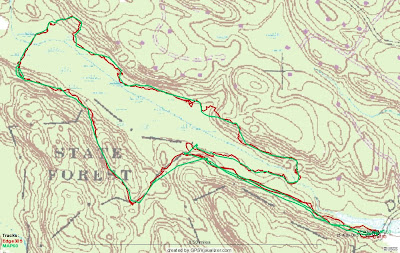 Here is the map that I was using. the color coded trails that are keyed were a big help. I used the map more than I used the GPS and the tracks loaded to it. Definitely worth going back there for another ride. 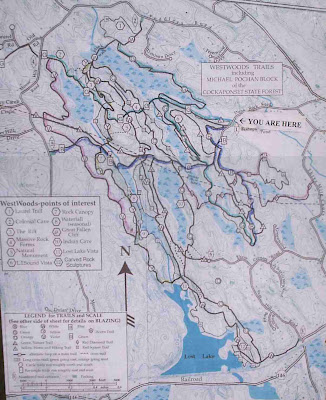 Now this is a great example of why your blog is getting so much traffic. Great detail. Now I no longer have a need to ride Westwood :)

Au contraire! There are more reasons to go back. I just picked the wrong trail, or at least the trail you want to avoid for your first time there.