What am I gonna ride now?

Sold the Bianchi last night to an up and coming hipster that I know will treat her right.  Of course that means I need a new commuter and it looks like for the time being I am going back to the Fetish Fixation.  It makes sense, since it's really not getting the usage it deserves.  I am finding for my off road pleasures that two bikes is really enough.  So it seems that the Fixation is now the odd man out.
Below are three different configurations that I tried for commuting.  The first one is sporting the Rox Shox Jett that I took off the Dump Goose.  I have another cheapo 26er fork from one of the bikes that my friend Tom dropped off from the dump that I have been slowly cannibalizing although, I think the only thing I have been able to use from that bike were the axle nuts and the skewer from the front wheel.  It has a decent looking RST suspension fork on it that might be worth trying. 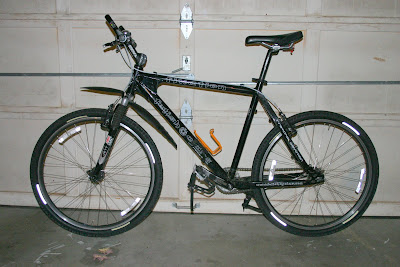 This version is using the Qstick fork from the Qball.  The only draw back using this fork is that the steering tube is so short that I have to use my Avid SAAGO (Stiff As All Get Out) stem (that's the review from Bike Magazine, note the MSRP). It's funny, here is company renowed for brakes, introduces a new product, which is revolutionary in design and concept but in comparison to the competition which is a threadless stem riser, I think really didn't do enough market research in terms of what people are willing to pay for when it comes to this type of component.
The MSRP from the Bike Mag review was $120, on MTBR, I saw $70, however, the threadless stem risers will run you around $20.   I don't know how well they marketed this product but from what I understand, it was discontinued shortly.  Don't get me wrong, it's great, super strong, and looks cool, too.  Too bad it went down the tubes due to bad marketing. 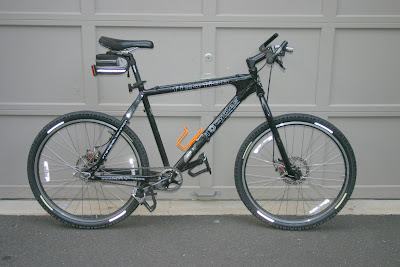 I think what I will do, is mirror what I did below.  For the time being, however, the only change I am going to make, so I can ride to work on Thursday is to keep everything the same in it's current 69er configuration and just run two 26er wheels.  I did, however, order a 16t TomiCog last night in order to continue my Direct Drive Fixation.  When that comes in, I am going to go back to the Ritchey flat bars, bar extenders, and the profile design riser stem, and keep the Surly 1x1 fork in place.  Probably go back to Cantis in the front, too.  I got them, might as well use them.  What might be cool to try are bullhorn bars - I really like them. 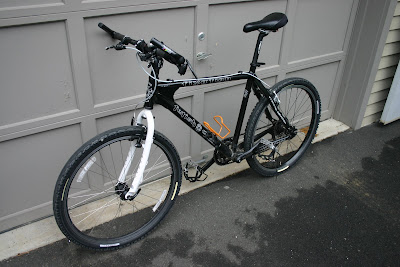 Below are my next two projects.  A 1975 Raleigh that I am gong to convert to a one brake fixedgear bike.  Question is, which brake to use, front or back?  I am thinking back because I think I can remove the braking components for a much cleaner look.  I am going to try the Surly Fixer on the rear FIR wheel, so all I need to get is a bull horn bar, a front 700c wheel, some rubber, tubes, a Seat and Seat post, pedals, and a brake cable. 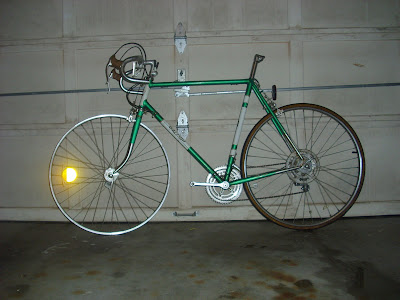 Here is my next Commuter Fixed Gear.  My old Fuji Royale from college.  I bought it used in 1984 so I figure it's an early 1980s bike.  60 cm frame.  This bike will probably not get bull horns because I have aero brakes that I want to use on it. 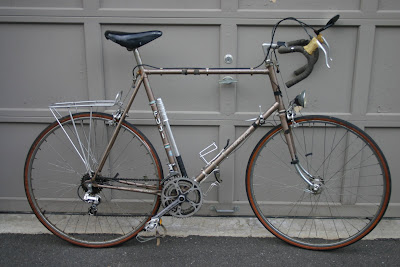