I wanted to get one more big ride in this month so I rode down to Compo Beach in Westport on Sunday and I got there pretty quickly.  I loaded the course from Garmin Connect and the turn-by-turn barely worked.  There was no elevation cross section either and I am wondering if it has something to do with Garmin Connect.  I think I am going to have to try RideWithGPS and see if that improves performance. 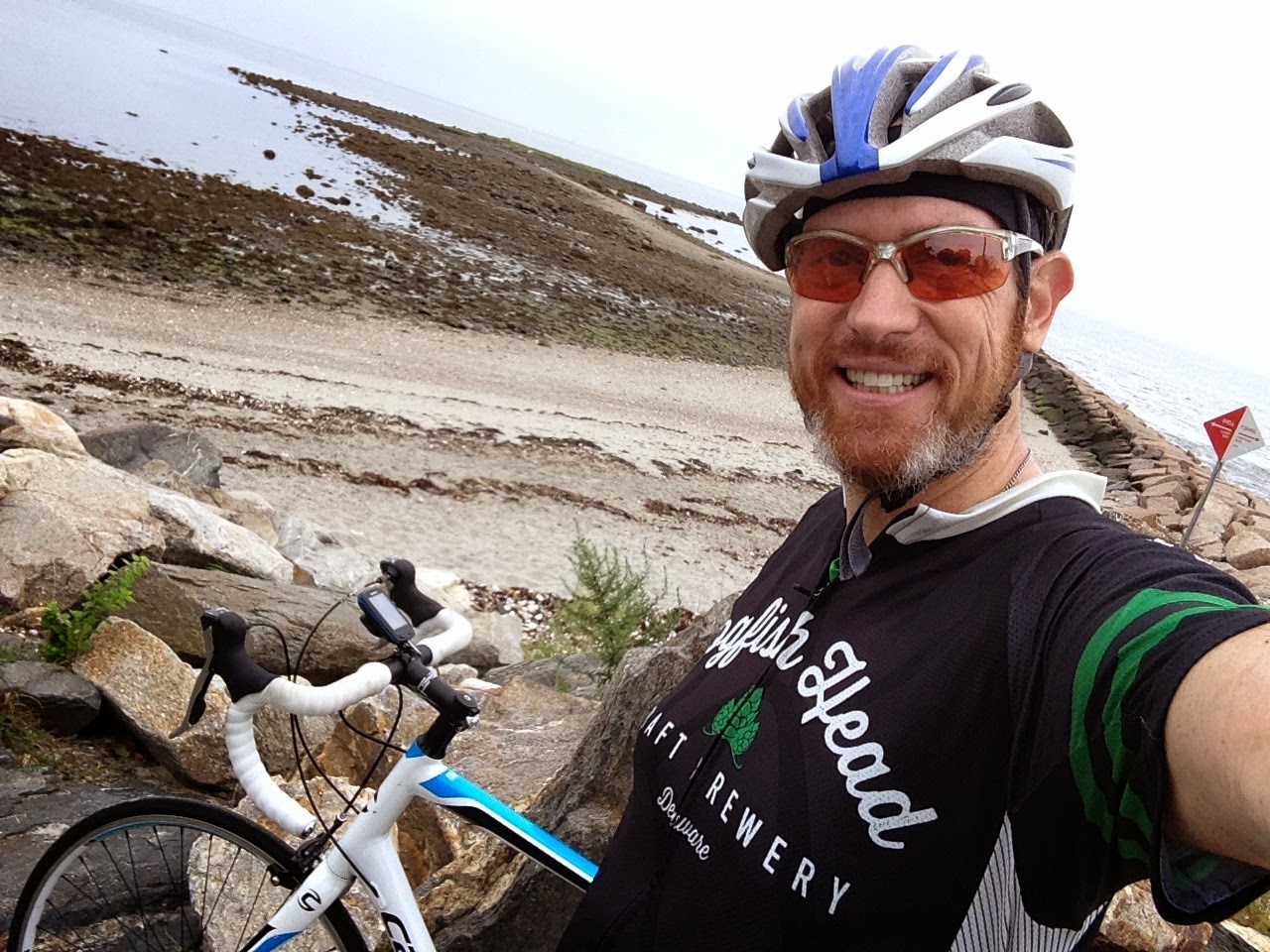 It took me 1 hour and 45 minutes to ride the 28 miles to the beach.  I was ecstatic but then I realized that  I might be experiencing another Ocean City Effect Ride, when you notice on the way home that wind was at your back the whole time.

Still it was good blast down there.  From Compo, I headed over to the Fairfield Beaches.  Not sure I like the route because there was a lot of stop signs. 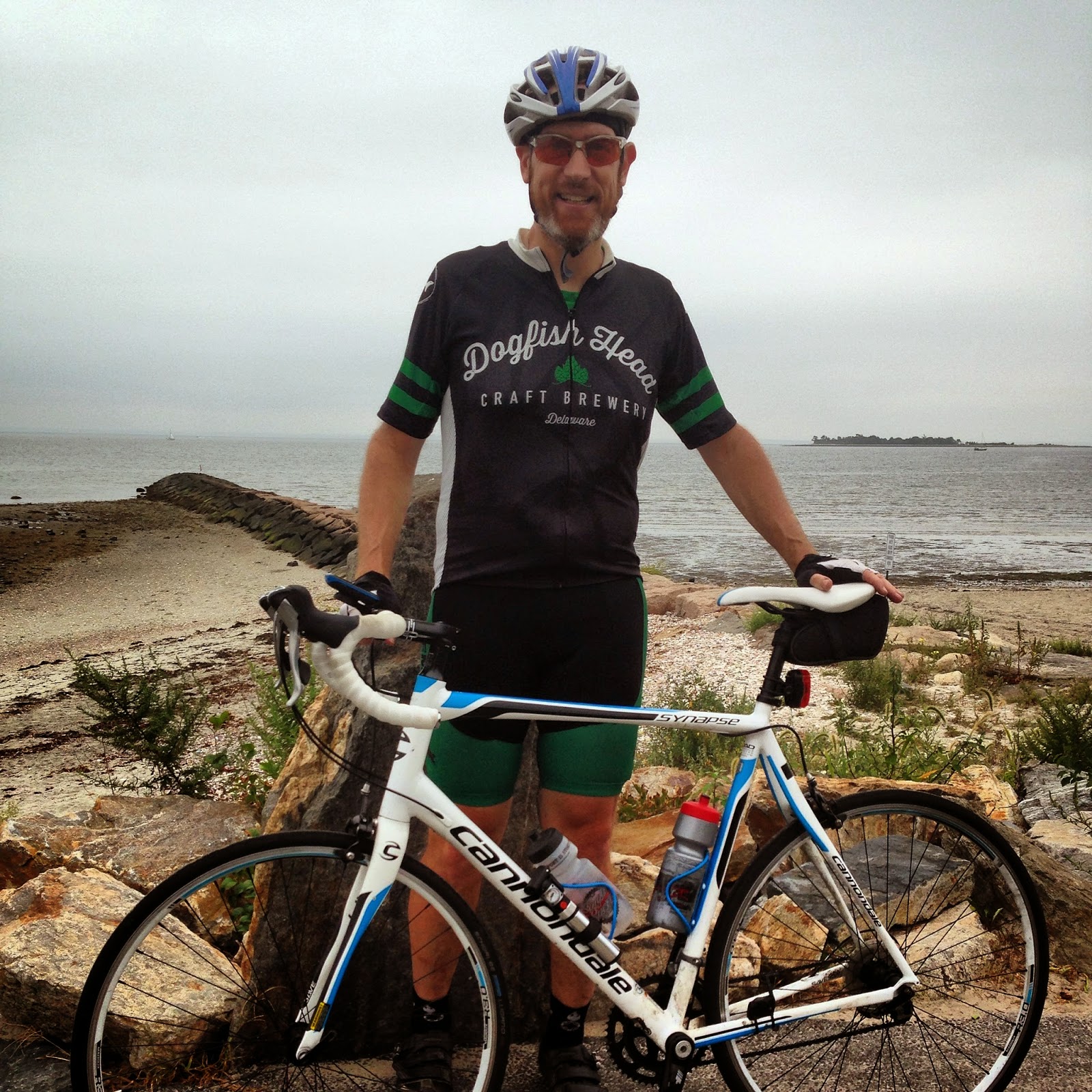 Right before Jennings Beach I found a Seven Eleven where I had a chance to fill my water bottles and get some Slim Jims!  I ate three of them, drank half a bottle of water, a banana and a guu and I felt like a million bucks for the ride home! 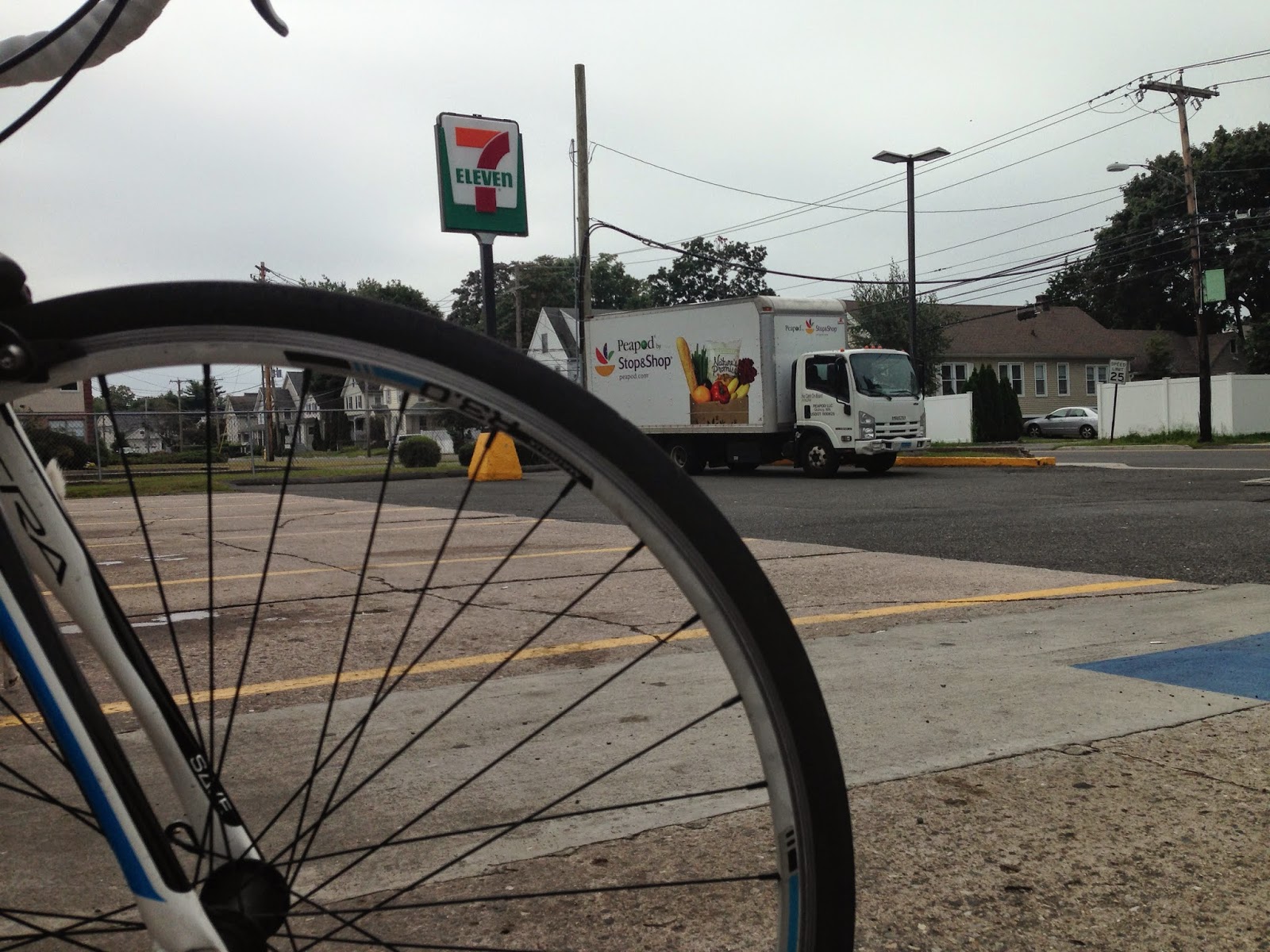 I followed the Bike Route through Fairfield till it ended at Burr Street.  Burr Street has to be one of the straightest roads around and never seems to end and all it does is climb.  I rode that to the end, the onto Black Rock Turnpike till I hit 136. 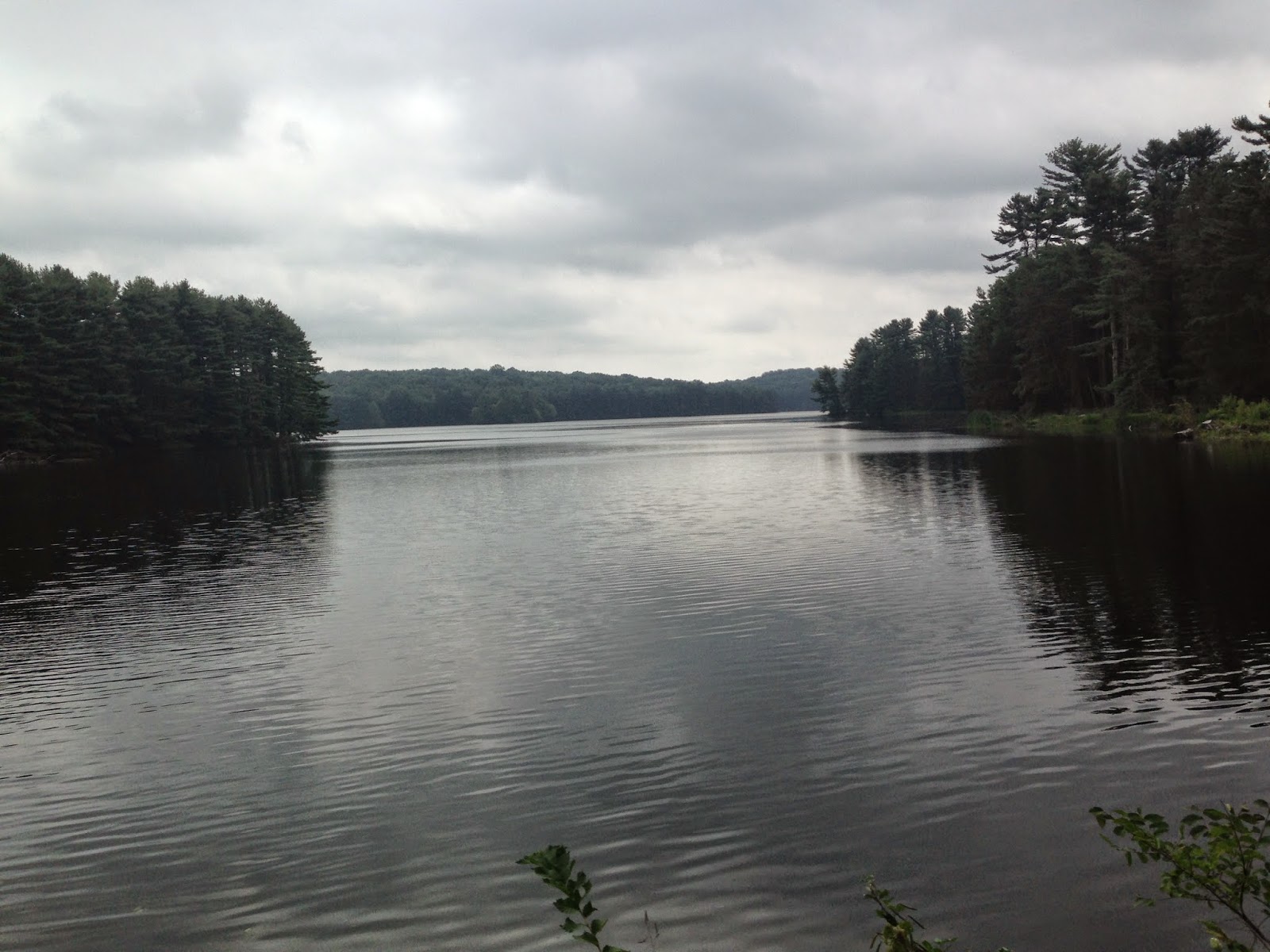 Route 136, Westport Road, cuts through the middle of the Aspetuck Reservoir and it too just climbs and climbs. 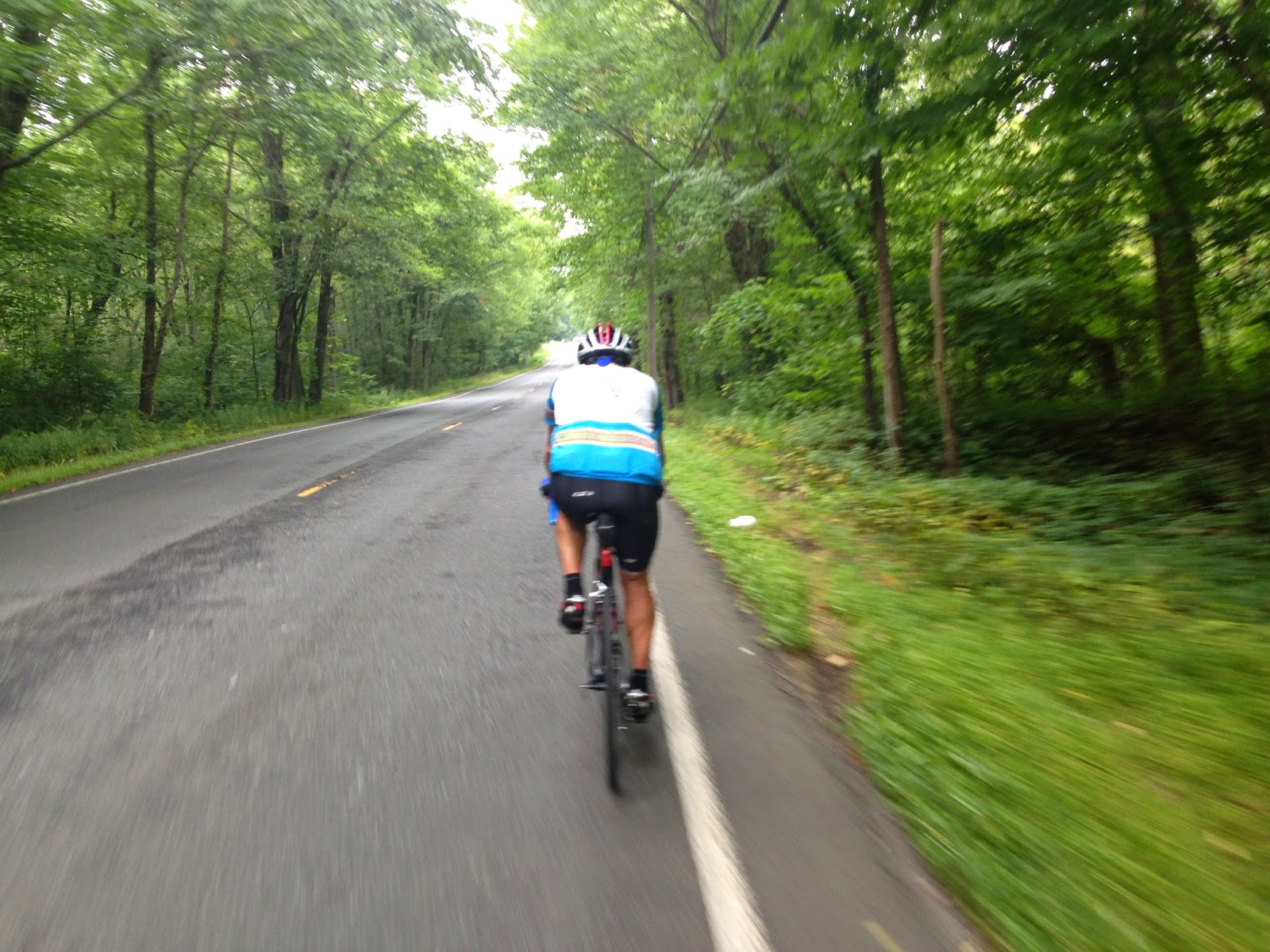 Somewhere along the way this guy got behind me and scared the crap out of me.  I was in my own little world while climbing which sort kick started me and took off again.  He caught up and we drafted one another a bit until he went right on Judd and I went left.  I think this one of the best rides I have had on the Cannondale.