Bob Maxon, the NBC Connecticut News Channel 30 weekly morning meteorologist, said Tuesday morning that it was going to start raining at 8 AM and sure enough, he was spot on!  I was leaving later because I had an early call (for me) with my off shore programming team Initially, I was going to ride my singlespeed but the rain meant I needed fenders. 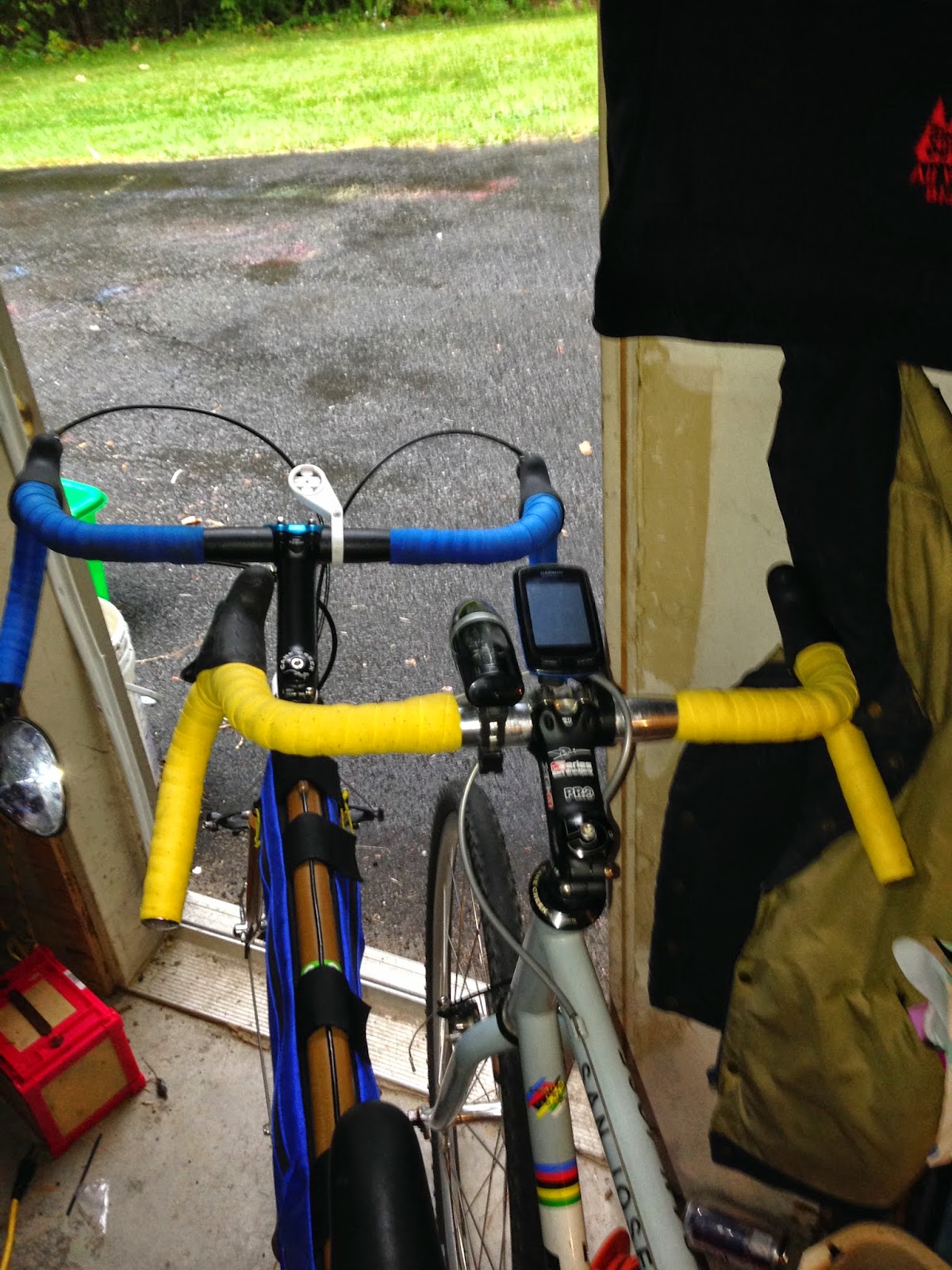 The morning rain kind of dampened my spirits because the last time I tried a rain commute I ended up with a Bike Commute Fail consisting of two flats due to broken glass in the road.  My Continental Tour Ride tires failed me miserably.  Still, I went for it because this week this would be one of my two opportunities to ride.  Despite getting wet, it was actually a pretty good commute and the Cross Check performed handsomely. 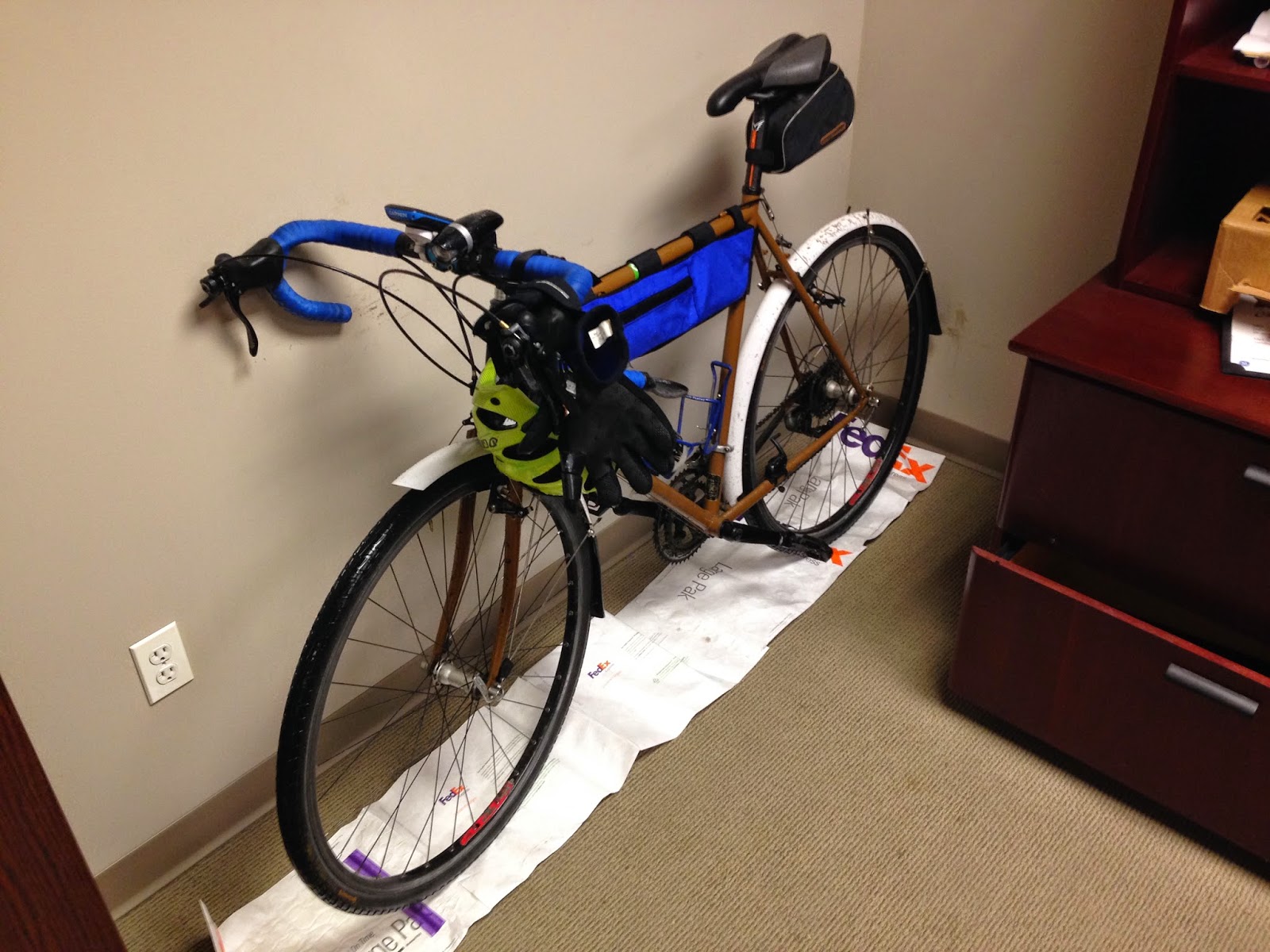 Rolled out the magic drying carpet for the Cross Check to drip dry off.  By the time I got to the office I was soaked through and through.  I used the waterproof duffel for the laptop today and it worked flawlessly. 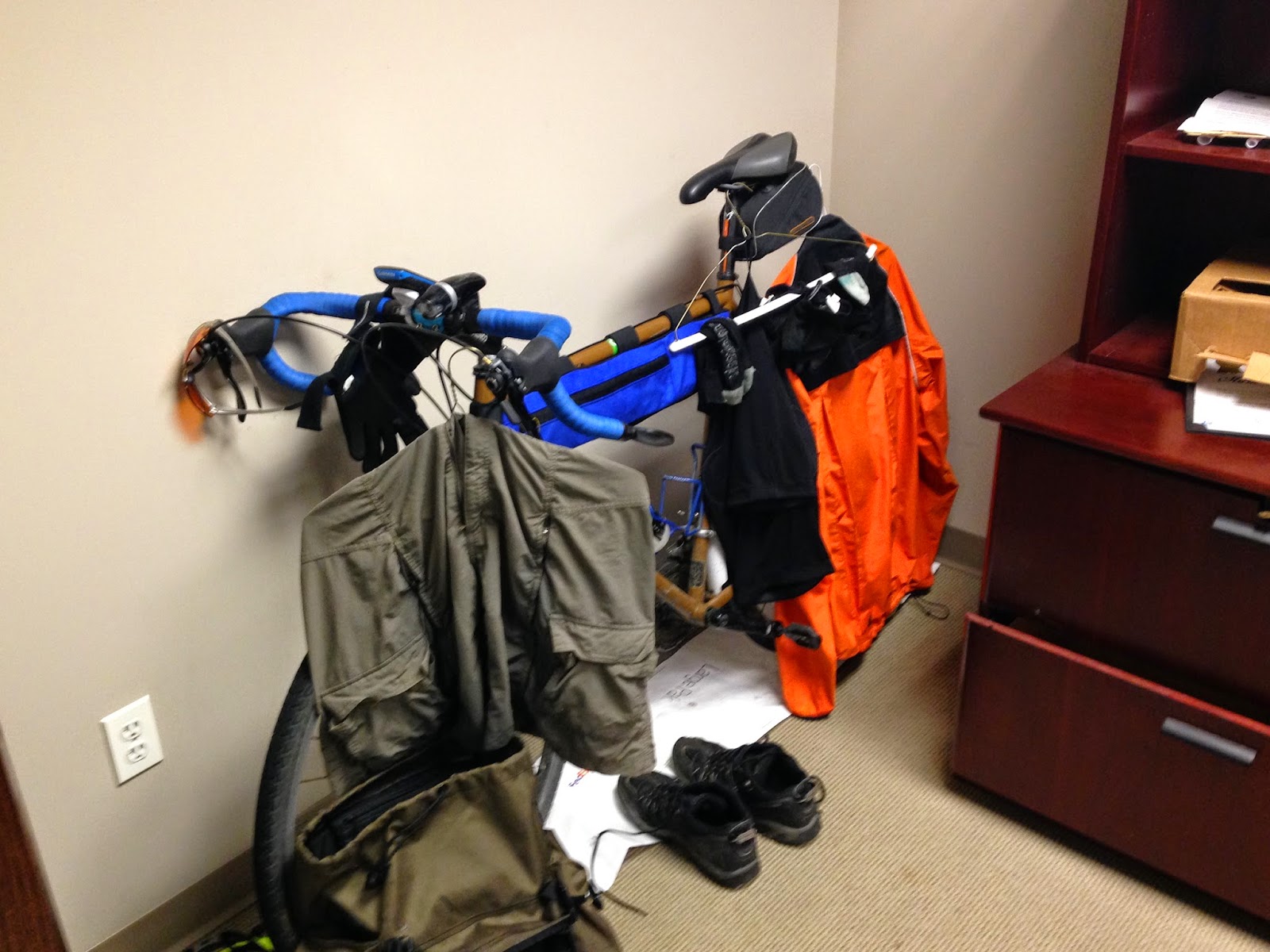 So the Cross Check got to serve as my drying rack for the day.  One discovery was that I forgot to bring fresh underwear with me today so I needed to improvise a little.  It was worth it though because in the afternoon it was really nice out. 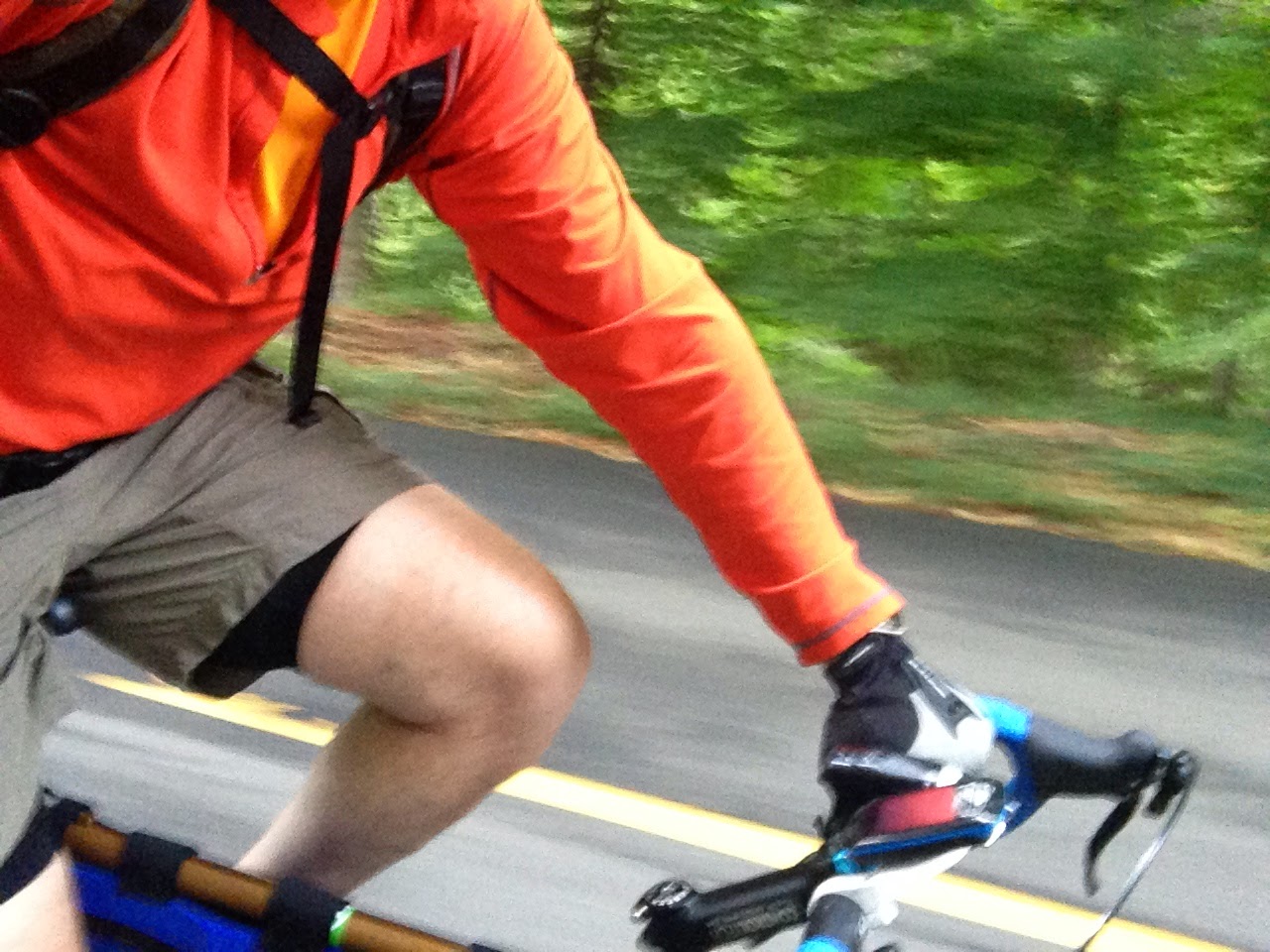 Friday's commute was a little short for time and I had the laptop with me in both directions.  Granted, it's a lot more comfortable now that I learned how to properly wear a rucksack. It's taken me a thousand miles to figure that out.
at 11:41 AM

Email ThisBlogThis!Share to TwitterShare to FacebookShare to Pinterest
Labels: Cross Check, This week in Bike Commuting