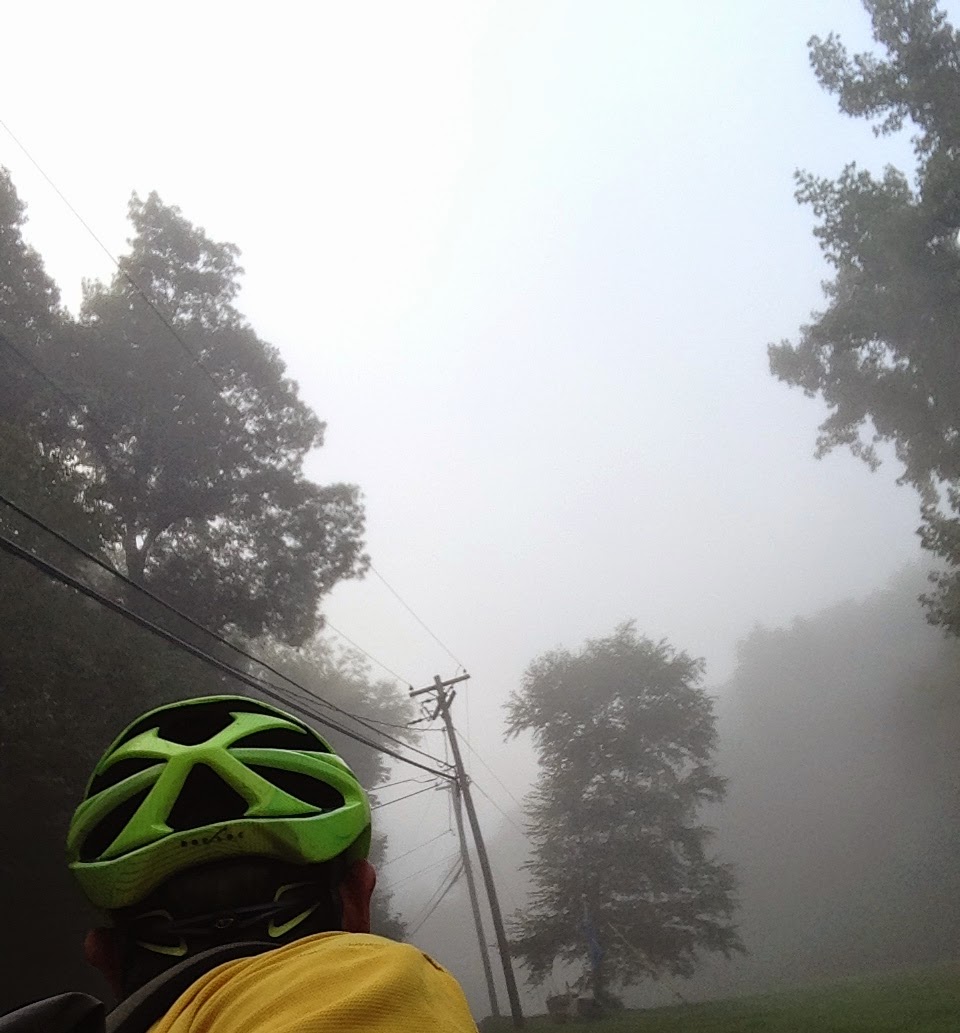 Thursday morning I rolled out at a little before 7 AM and was enveloped in fog, I think due largely to the Housatonic River.  It was humid and very moist with just a little chill, probably caused by the water vapor.  I figured I had enough time to go for some distance this morning so I headed down Albert's Hill and then back up through Sandy Hook and up to Castle Hill.  I broke through the fog at the Blue Colony Diner and at the top of Castle Hill was rewarded with such a glorious sight of the churches and flag pole with a foggy backdrop. 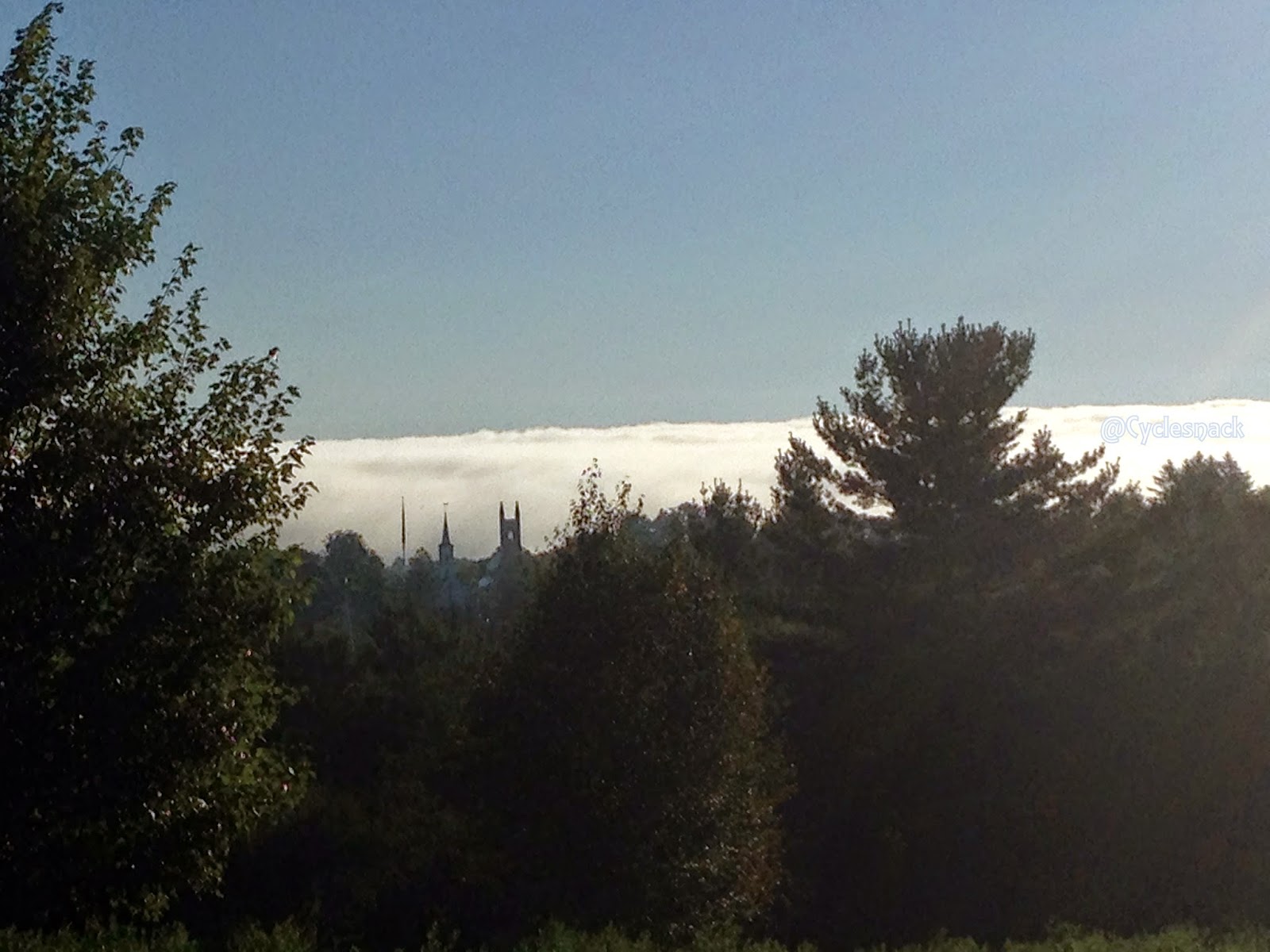 It felt great to be back on the Randomuter (aka Surly Cross Check) since riding D2R2 but I realized I should have gone over the bike afterwards because it was definitely in need of a little chain lube. 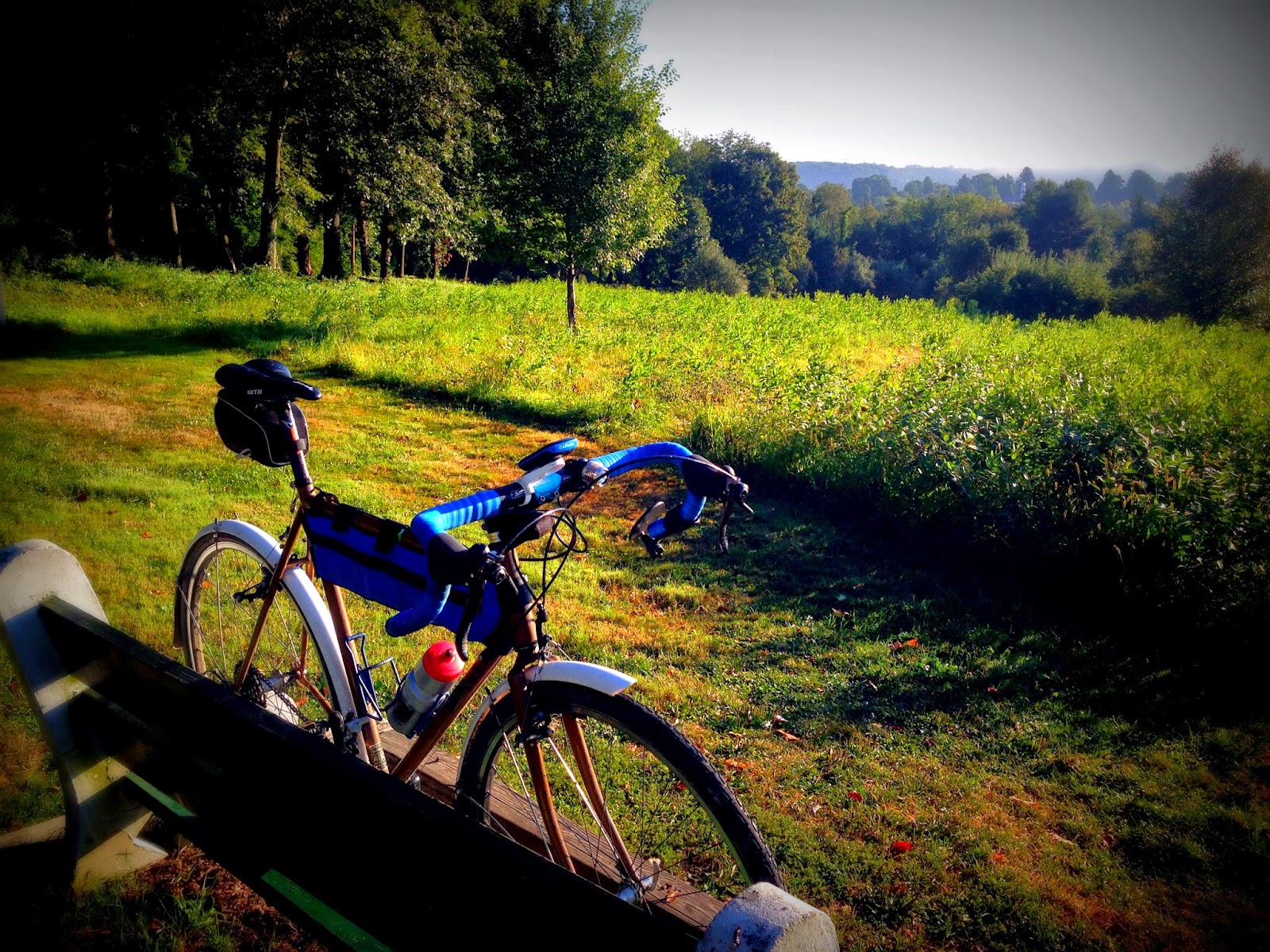 The other thing bothering me was that the port side grip seemed to have slipped down the bars a bit. It was kind of loose to begin with but I guess after all that climbing at D2R2 it moved down the bars which made for an interesting ride. 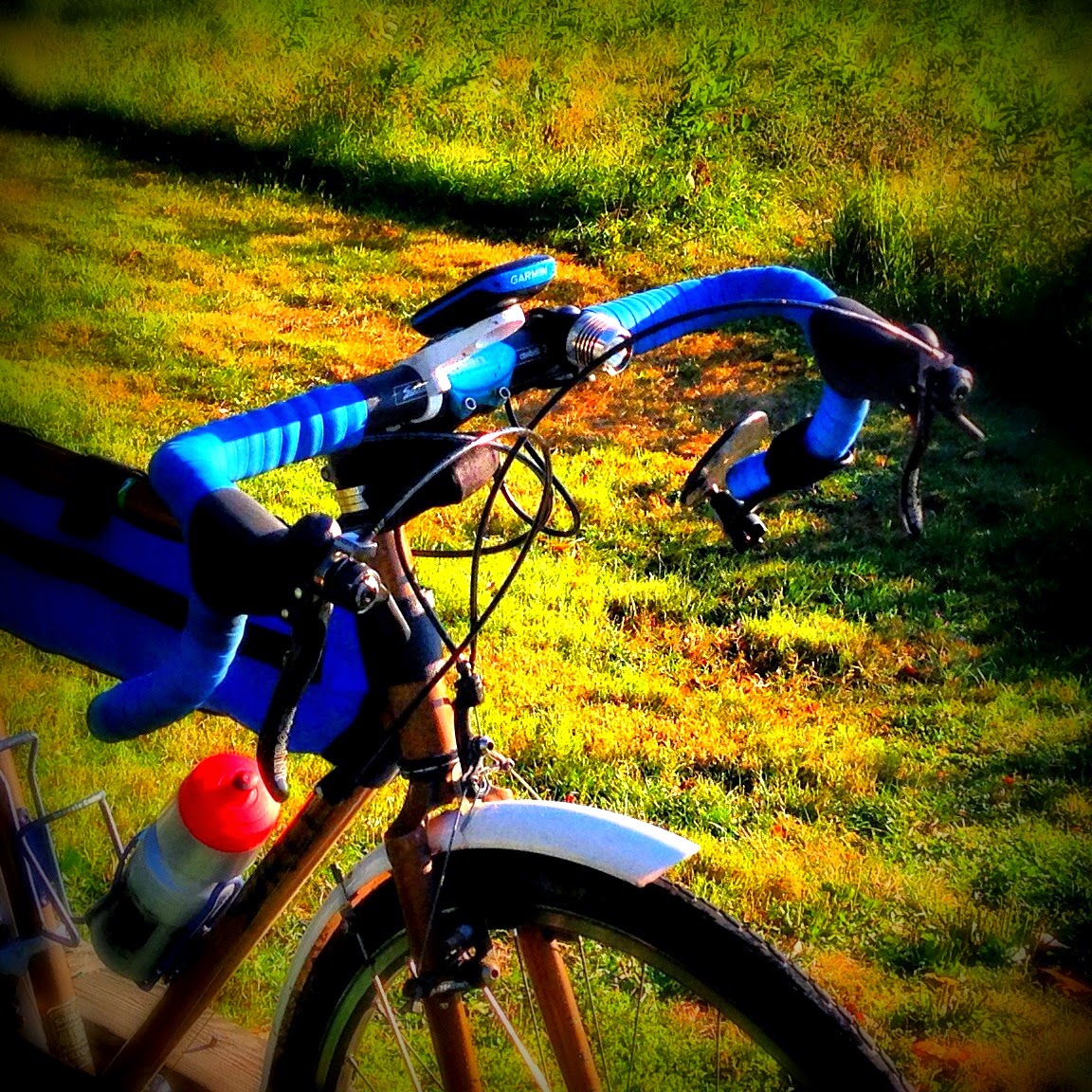 I tried another new route on the way home that would net me another 20+ miles making Thursday's commute an over 40 mile day.  On Barnabas Road in Hawleyville I saw yet another bike commuter! I could tell he wasn't your typical roadie because he was wearing a computer backpack and there was a water bottle in it and no water bottle cages on the bike.  That makes two new commuters in the same week!  It's great to see so many people riding to work. 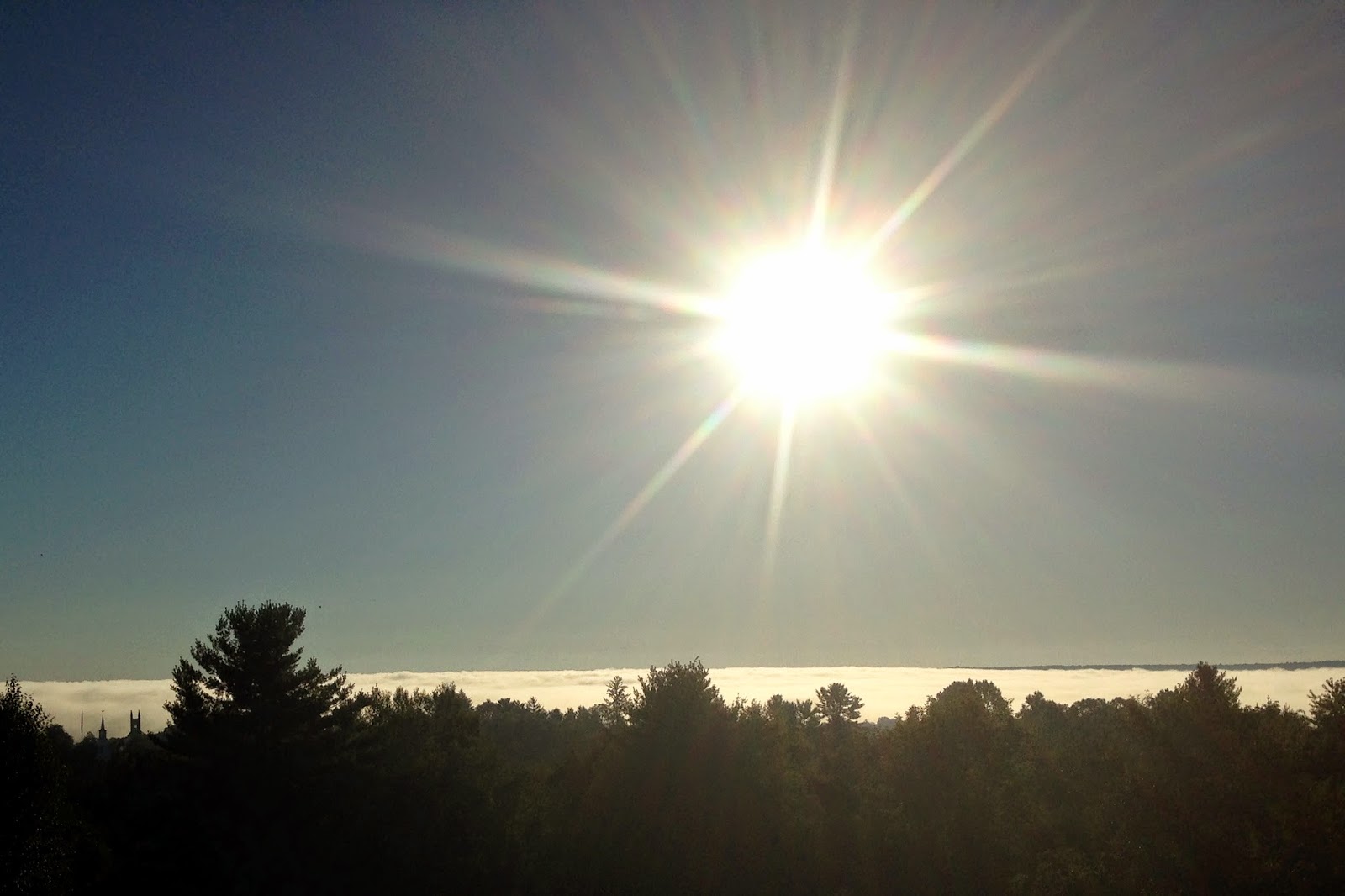 The new route is interesting because it includes three big climbs, West Whisconier Rd, Georges Hill Rd, and Parmalee Hill Rd.  I could have stretched out the route even further by riding down to Glover Rd or Mine Hill and loop through Sandy Hook and add two more hills to the route which could make it close to 30 miles!  That had to wait because I needed to get home, shower, and go to my daughter's open house.  Next time!