On Saturday I was driving down Oakview Road after my Son's Soccer game and noticed a new Open Space marker and kiosk that I have never seen before.  I wanted to ride with Elliot in the afternoon but he wasn't feeling it so I headed out on the Bianchi San Jose for a quick jaunt. 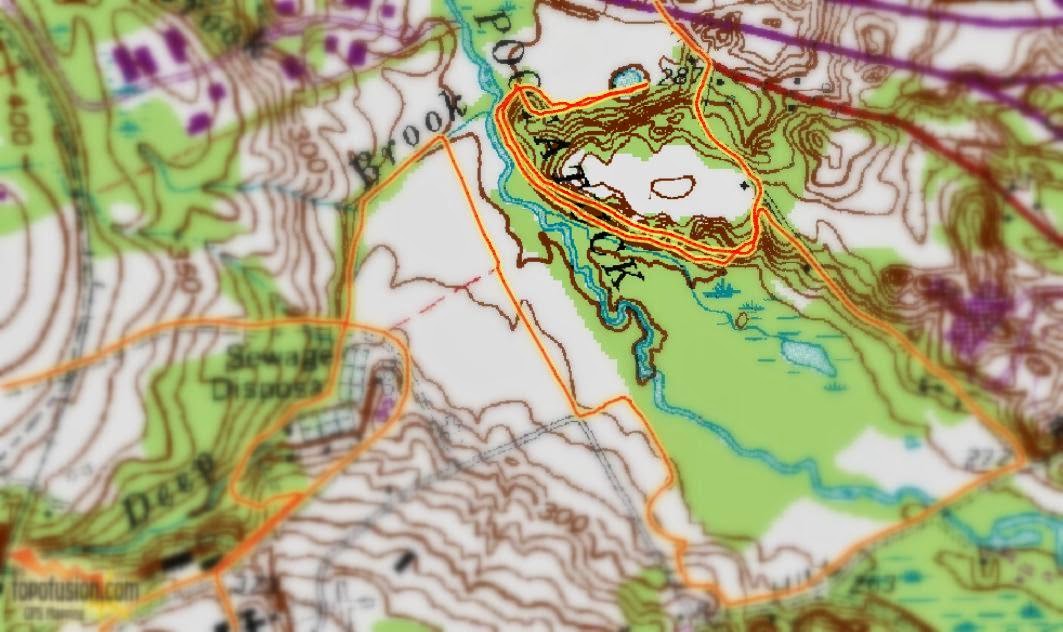 Rode out to this new trail off of Oakview and headed down it. I had heard about it from a friend and rumor had it there was bridge over the Pootatuck connecting this trail to the trails at The Hills.  The trail head was covered in wood chips with some nice benches. Wood chips on a trail is the worst thing in the world and riding on them felt like both my tires were flat. I pressed on but found no bridge. 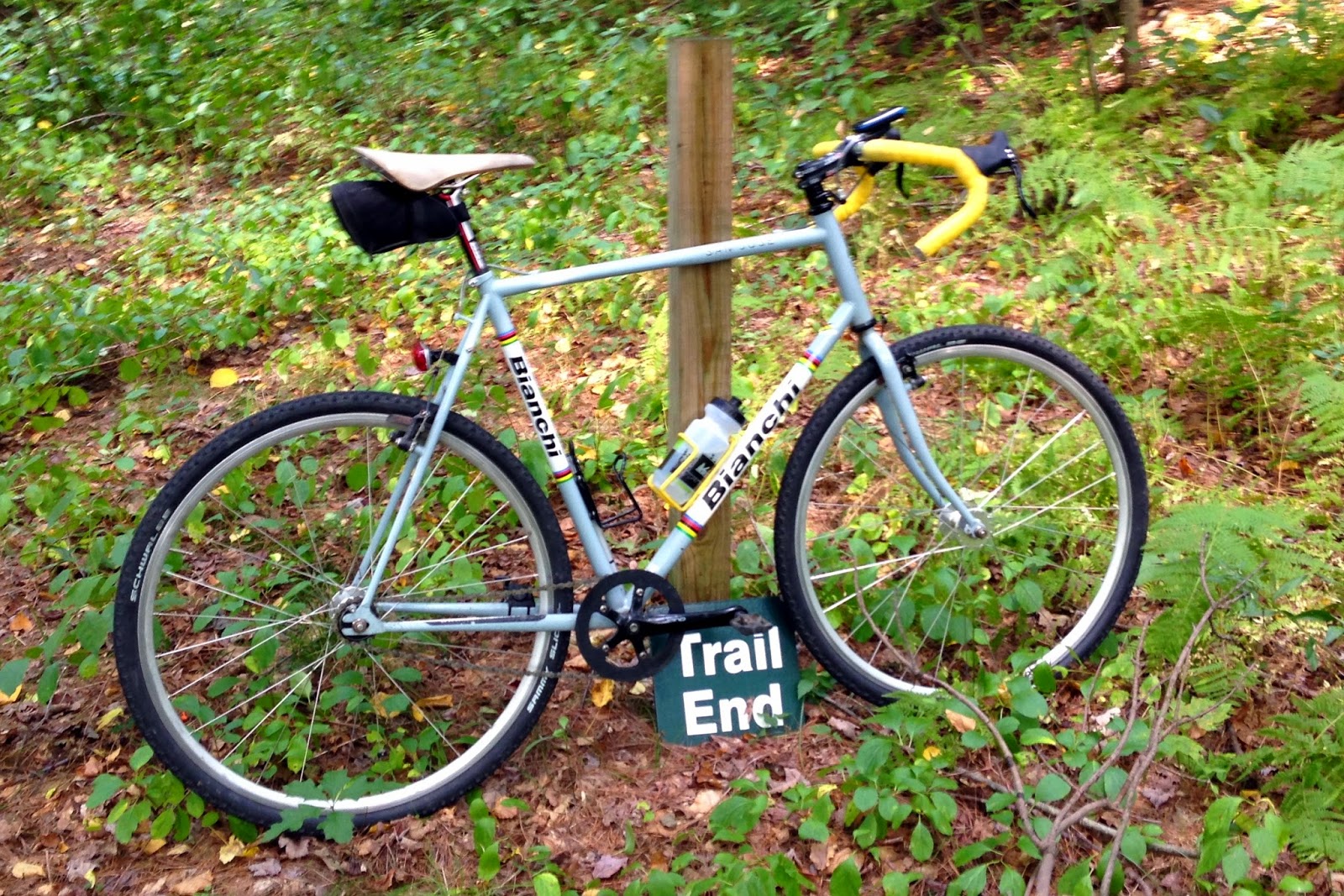 There were some trees down over the trail that made for some good barriers to hop over in true Cyclocross fashion and then I found a sign pointing down the hill to the community off of Oakview Road, which was actually up the hill.  I was kind of hoping that the trail might wind around Newtown's version of Duck Dynasty into this over grown field next to the highway but and then the trail just ends.  Play the Prices Right loser horn.  All I could do was turn around and head back the way I came. 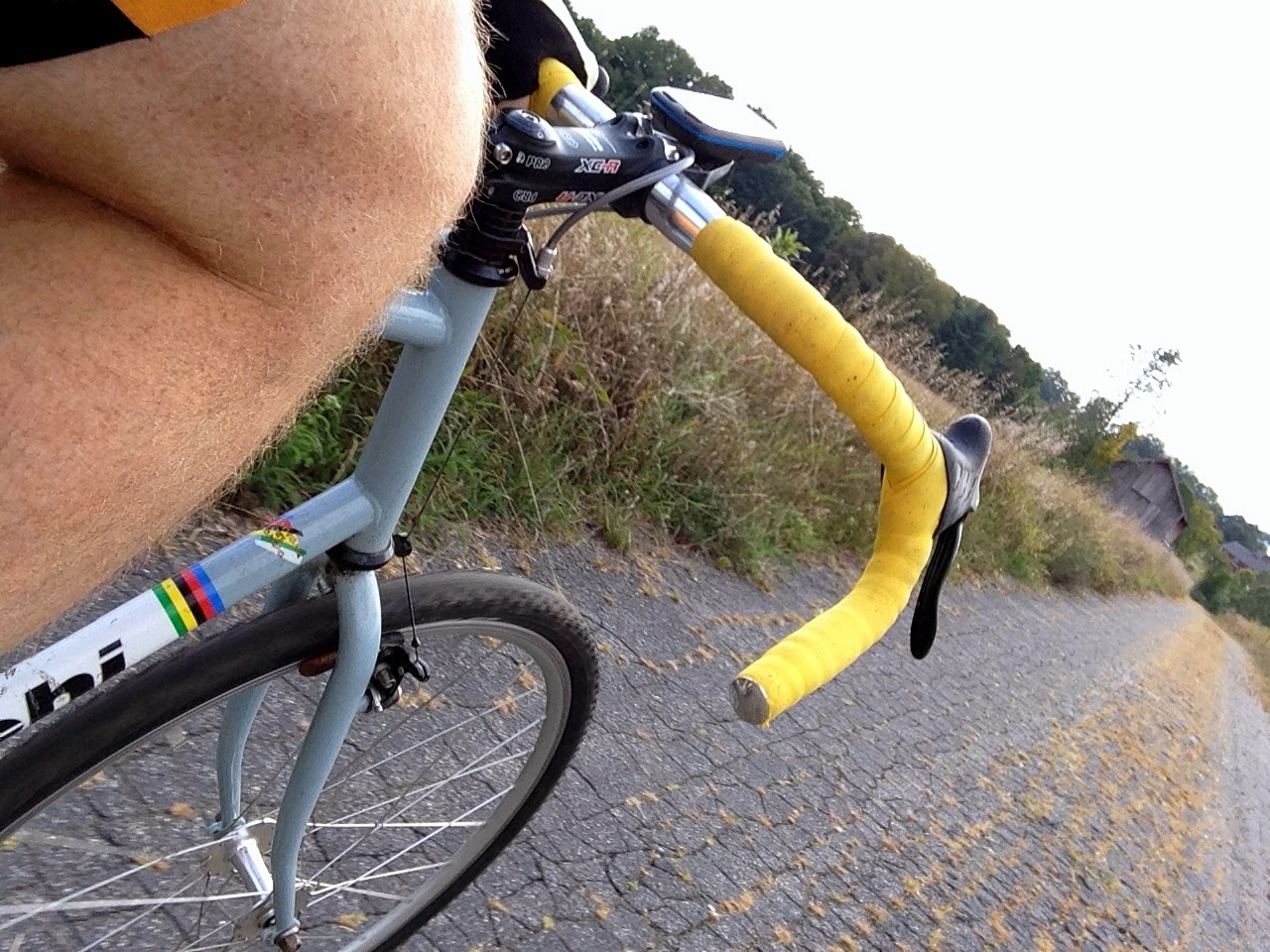 I rode back to The Hills trying some new stuff here and there that I definitely need to ride again, only in the other direction.  Coming out of the lower field I took the dirt road that runs behinds the Dog Pound which ends in a single track trail that then splits.  The trail to the right goes straight up the hill and there is no joy in attempting that climb on 42:17 gearing and the trail to the left, which I tried, was a little better but I ended up running up it any way. 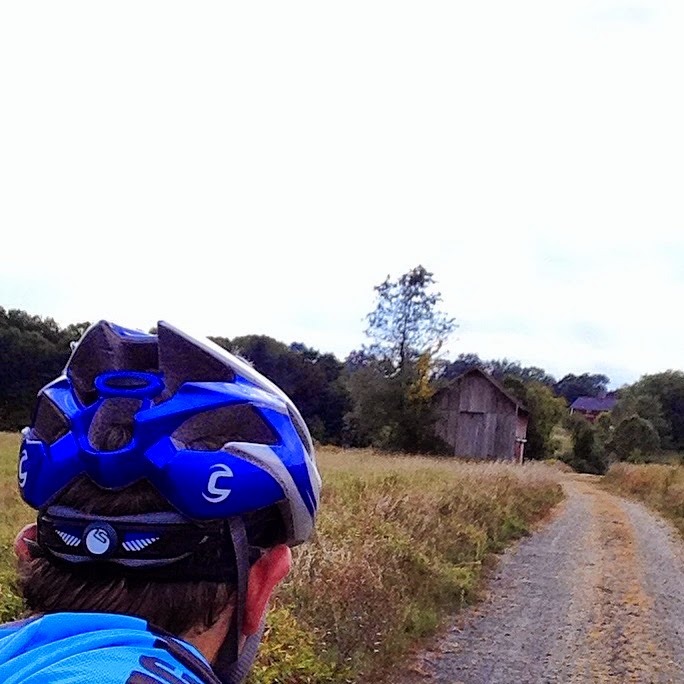 From there I rode up to the water tanks for a loop on the Naunawalk Meadows trails and then back down the Rec Trail.  I wanted to hit the trails on the other side of the tracks but was out of time and needed to head home so I rode down past the dog walk and up Old Farm Road.  There are mowed sections on the fields on either side that seem like trails that I want to hit again sometime.  Rounding the last barn before Queen Street on the Right of Way, I encountered another guy on Cyclocross bike heading the other way who remarked as we passed "Looks like I am not the Only One!"  I shouted to him:  "Get Some!"
at 8:59 AM