"Doubly happy, however, is the man to whom lofty mountain tops are within reach."
-- John Muir 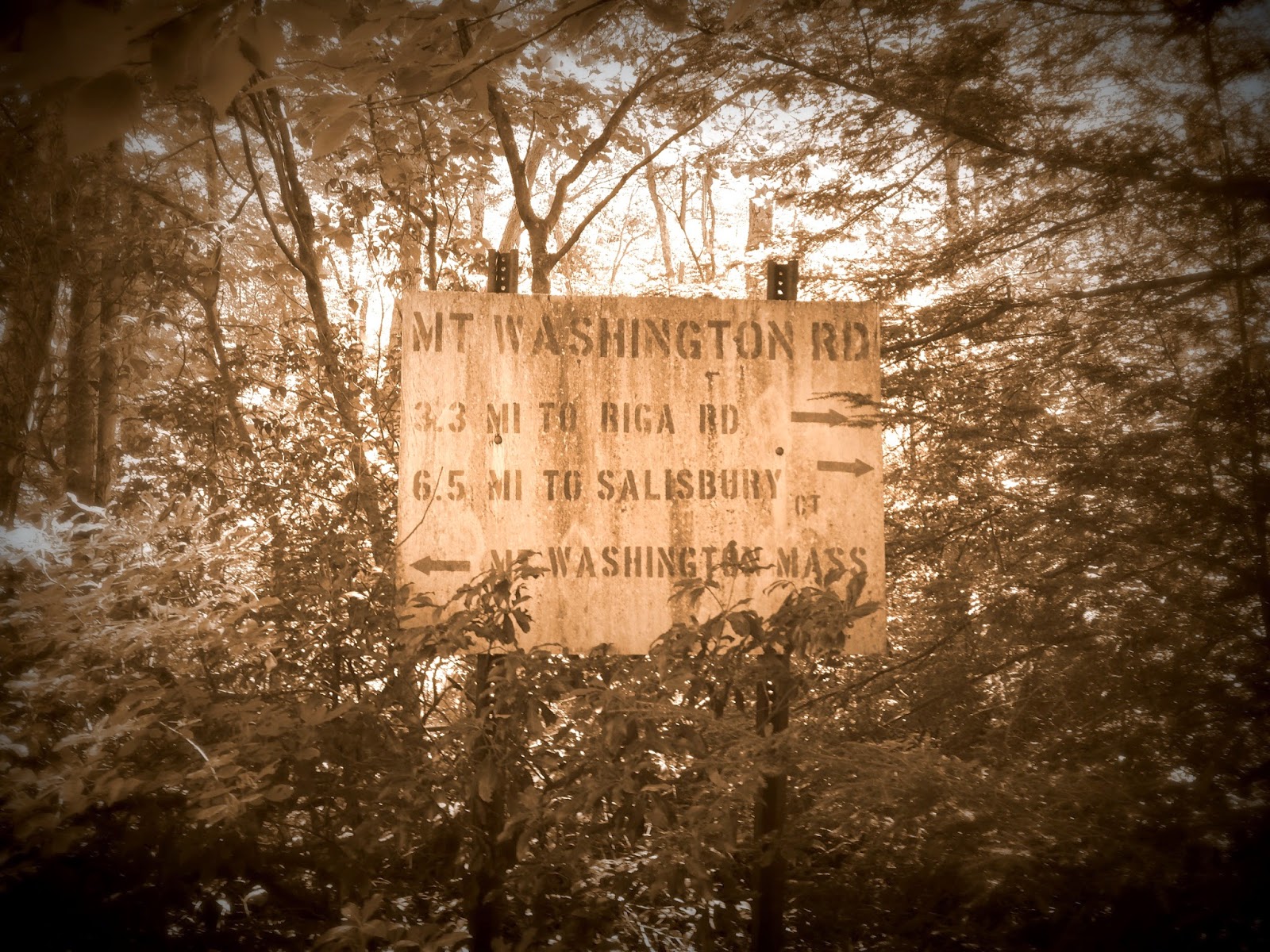 There is a mountain in the Northwest Corner of Connecticut that is both the longest and highest climb in Connecticut, but don't bring your skinny road bike tires because Mt Riga road is a 3 miles of dirt road and 1300 feet of climbing fun.  I have seen some websites refer to the climb as Mt Frissell but there is no real road to the true highest point in the Connecticut.  Mt Riga Road is the highest you can get on a bike in this State. 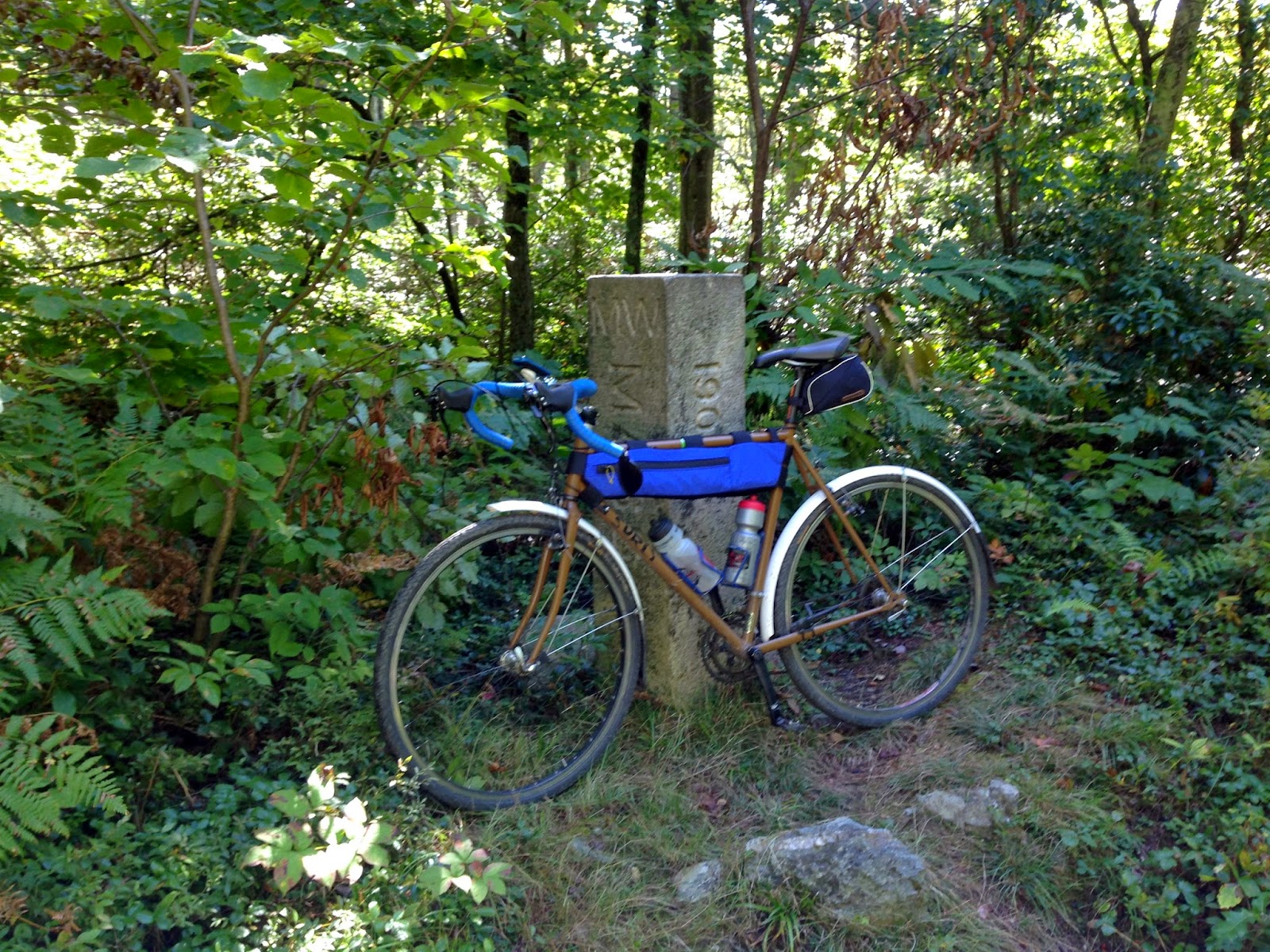 This is now the third time I have made the climb up Mt Riga Road and each time gets better and better. If you are a Gravle Randoneur then this is your Mountain!


There was another ride on Sunday taking place by the name of J2R2 and I was planning on riding it until I was checking out some other rides in the area along with the Strava segments for the Mount Washington State Forest. One of those segments was called Sunset Rock, a 12% climb for a 1000 feet of elevation change, and I said I need to try that one! I think I spent about a week planning this course, trying find as much dirt road as possible and hit some other climbs in West Cornwall that I had been hearing about, too. The last time I rode this route, I had to ride around the latter part of Giberson Road because on the maps I couldn't tell whether it went through or not. Then I saw someone's route on Strava that showed that it did go through. I also checked the Topo maps and it showed it went through, too. That meant that we would be riding dirt from the end of Jug End Rd to the Connecticut State Line!


Here is the route that I finally came up with.  Red is the route we were on only with one slight deviation.  By the time we got to the intersection of Rt 341 and Rt 45 we had both had enough and decided to ride straight back to Kent.  Also included in the map is the last time I rode Mt Riga on this map only on that ride it included a trip up Mt Everett in which the last section was also a 12% climb. 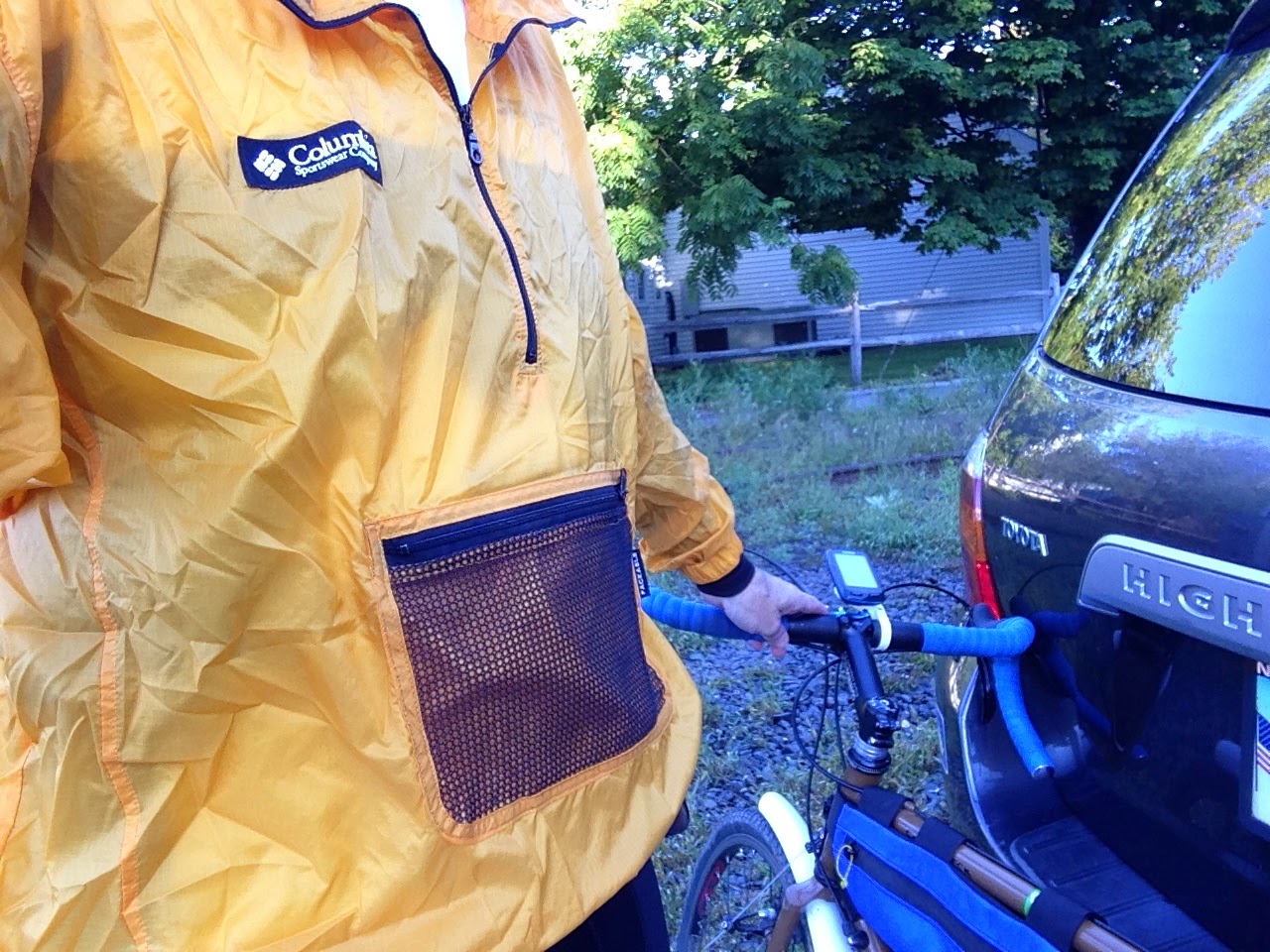 Wow, it was cold!  43 degrees.  I thought I was going to wear this pull over but then I just opted for arm warmers.  We first headed south through South Kent over to Bulls Bridge and then up River Road and into Macedonia State Park. 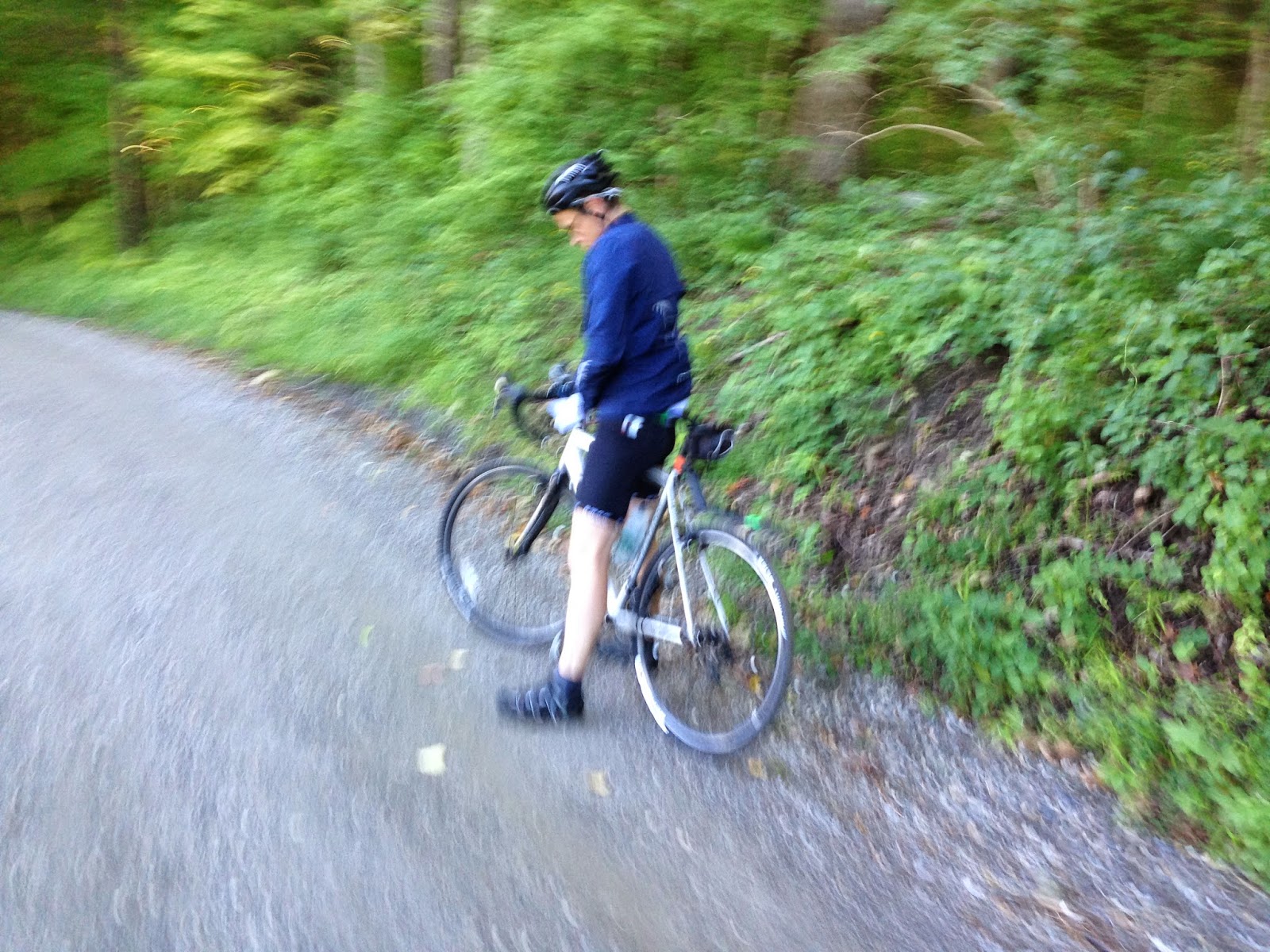 The back side of Macedonia was chilly 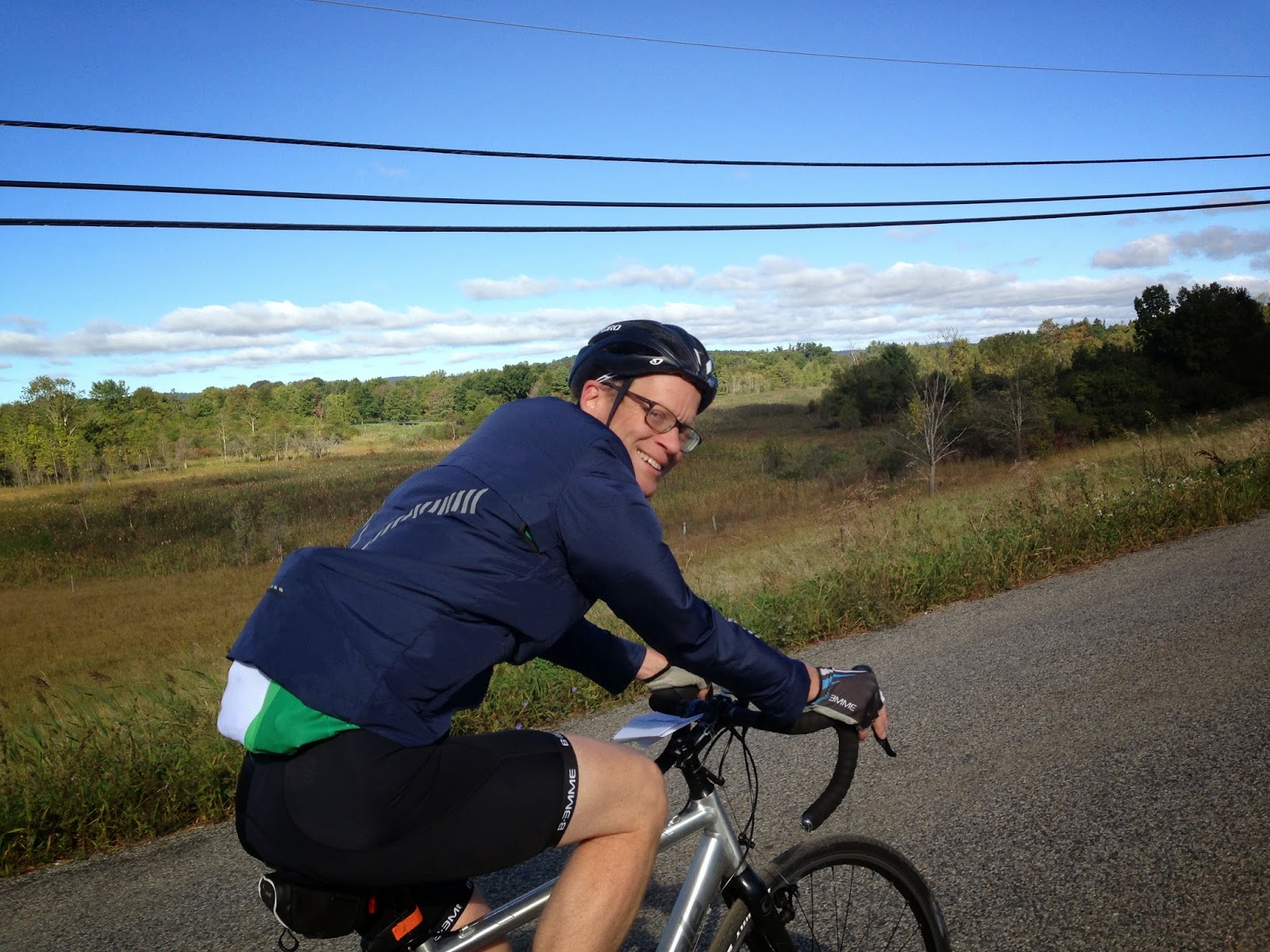 And the ride through Sharon was windy! 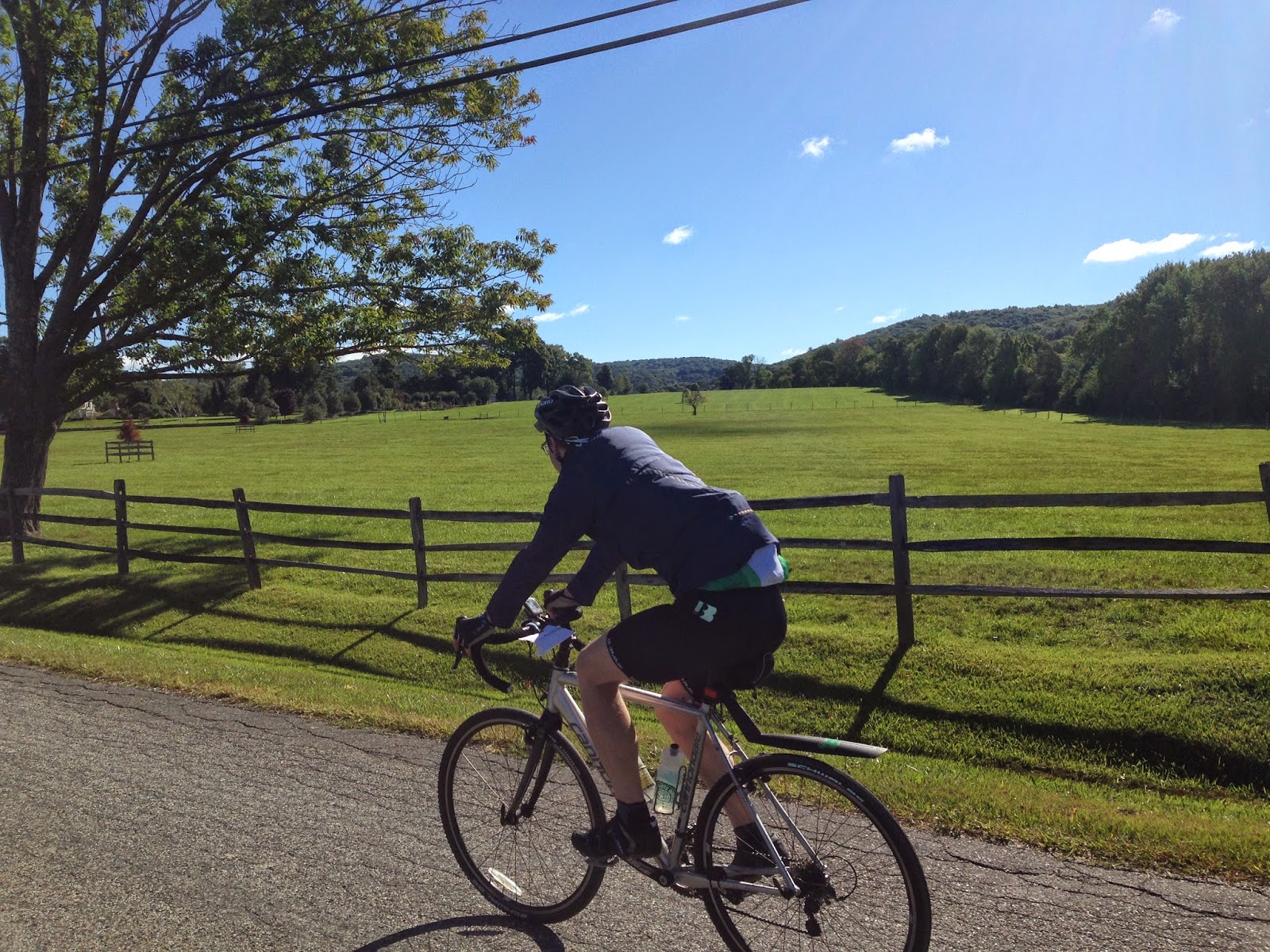 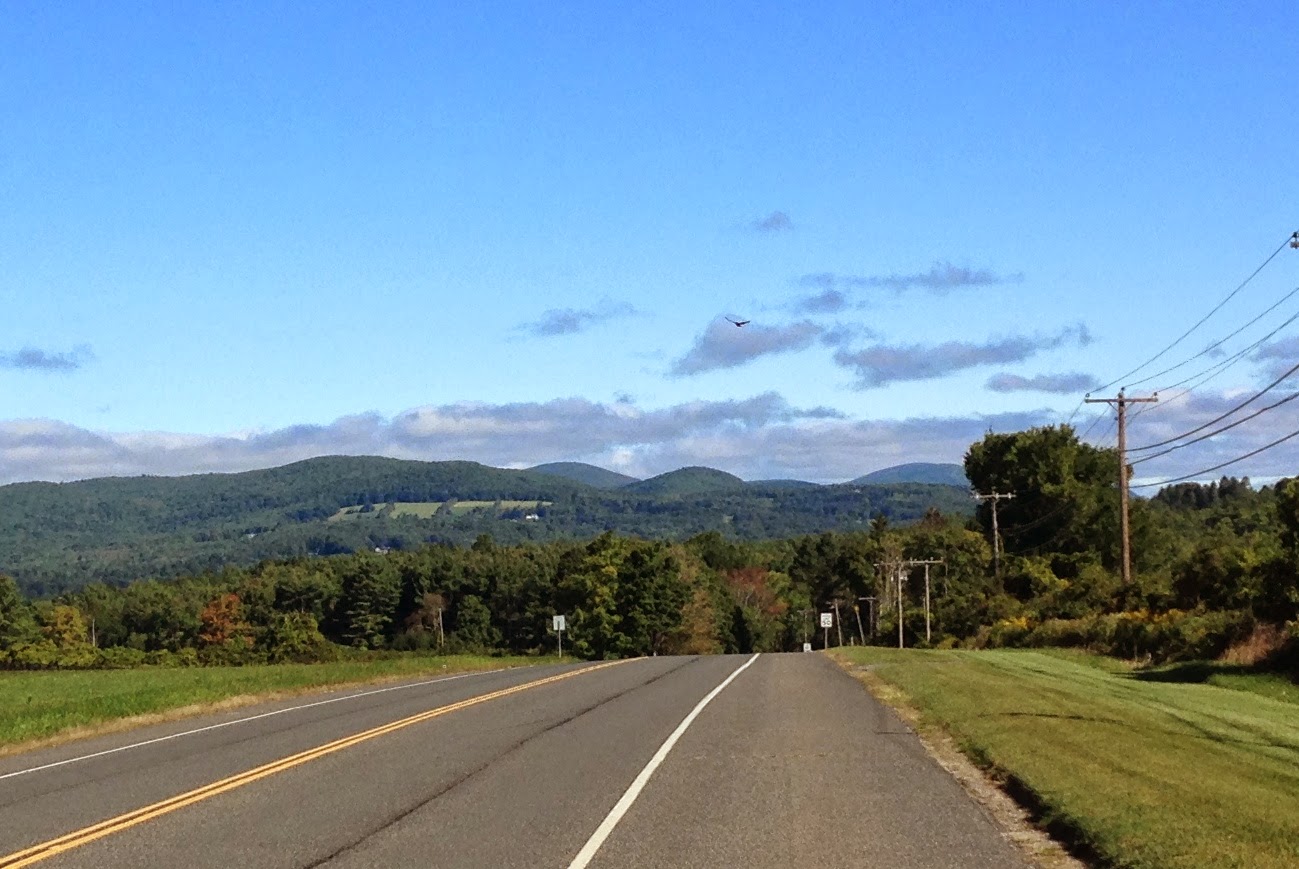 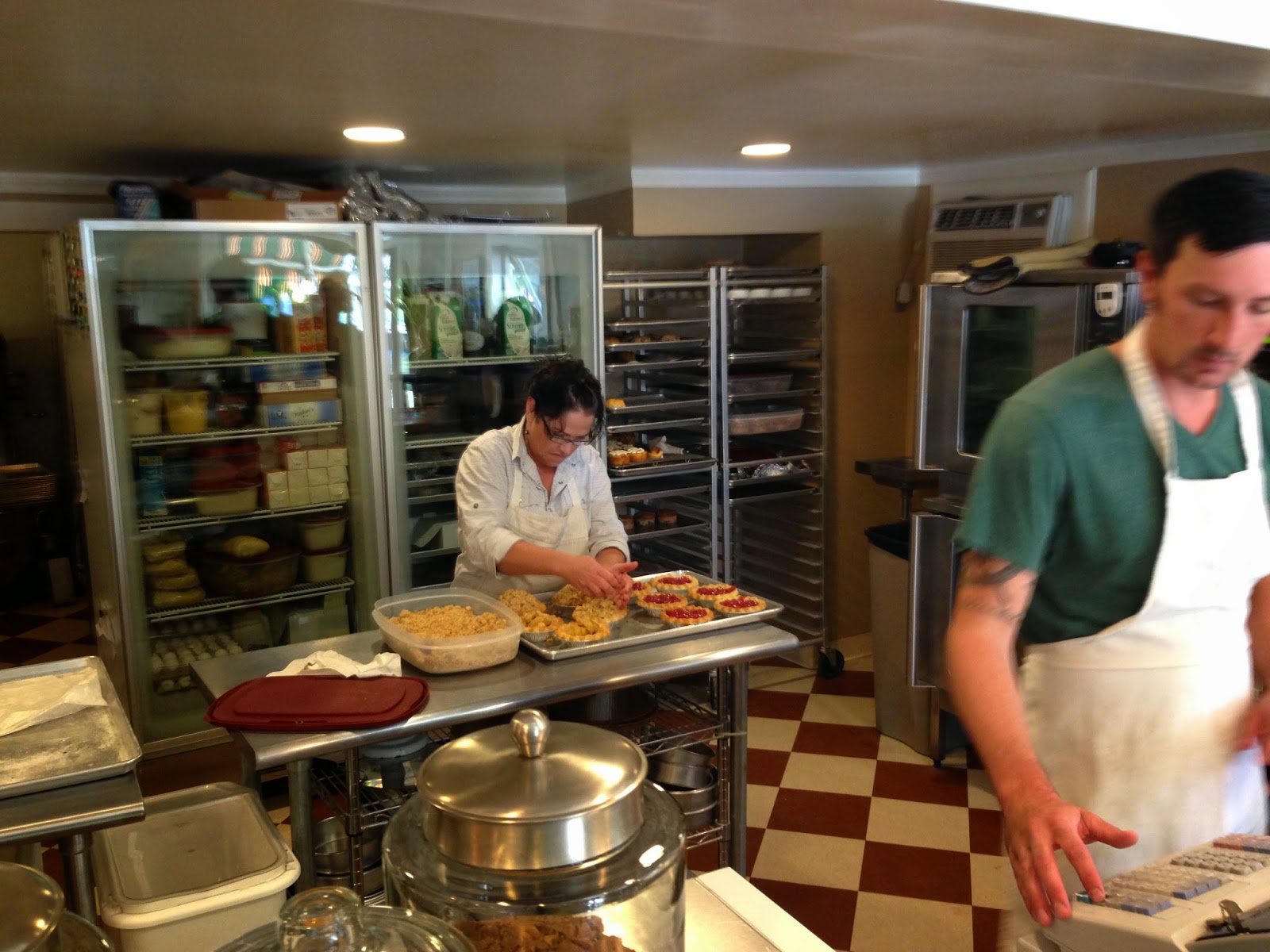 In Salisbury, we stopped for a snack at Sweet William's Bakery 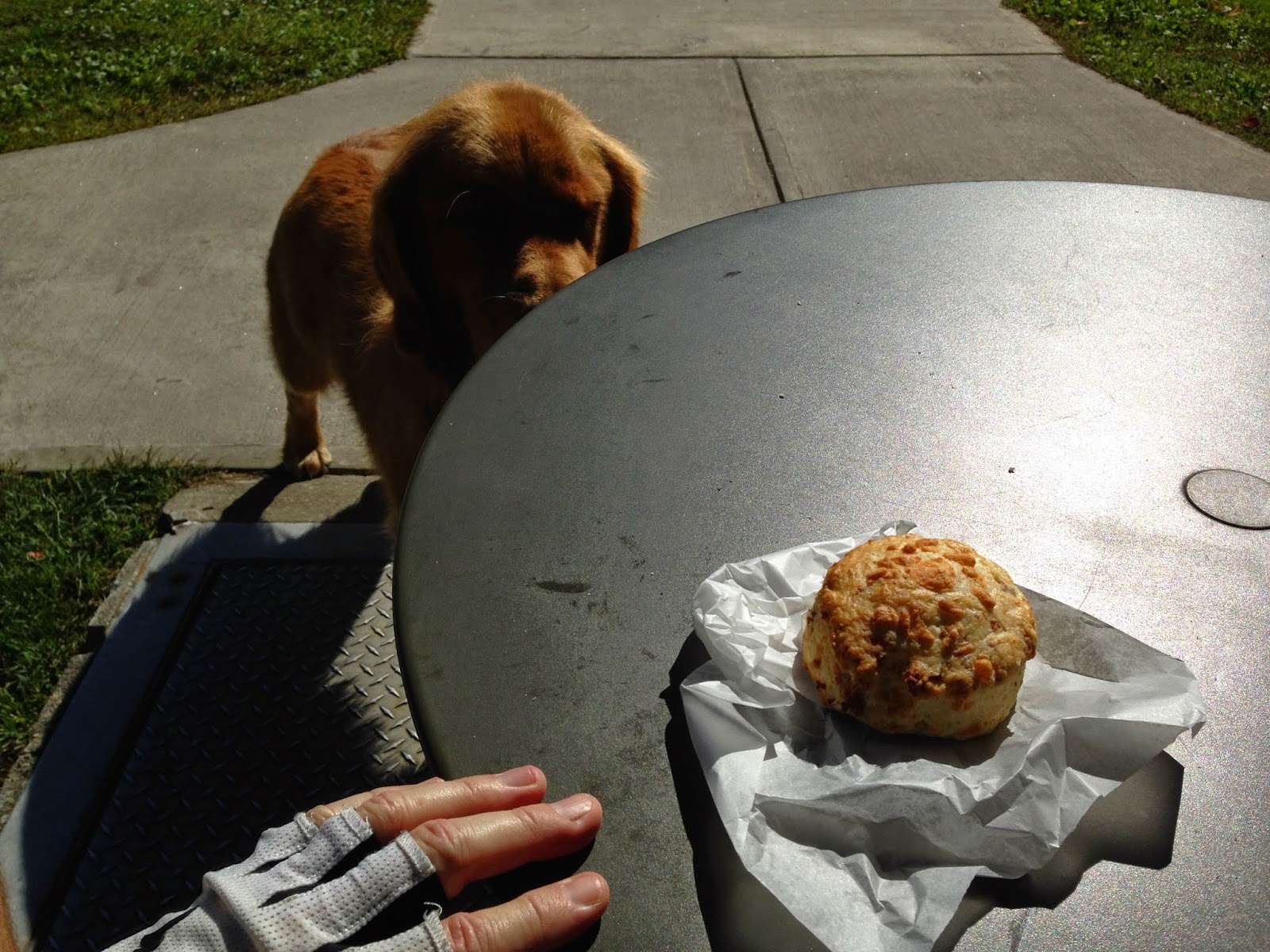 This dog was eyeballin' my biscuit 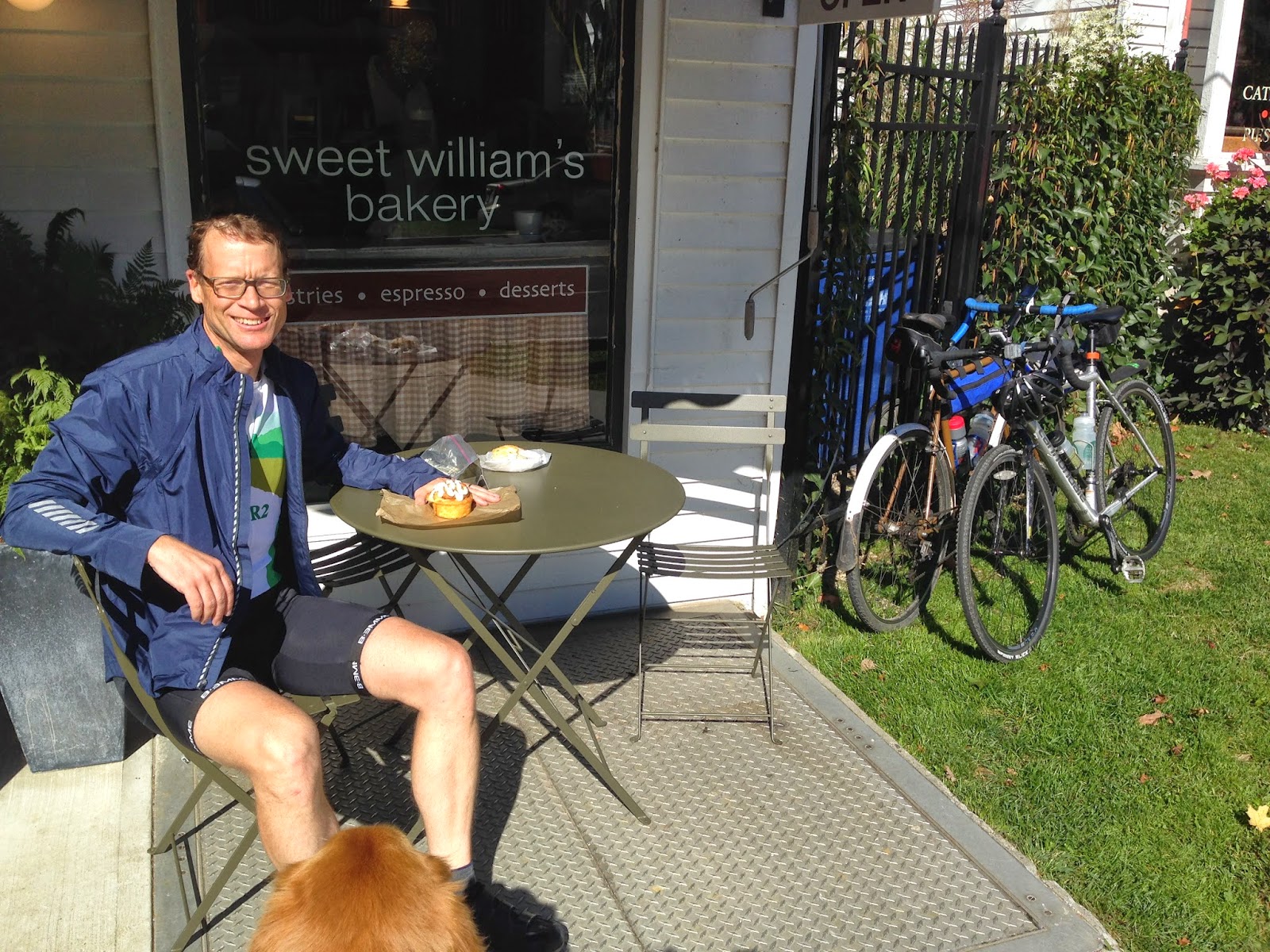 and the dog wanted some of Will's Cinnamon Bun, too. 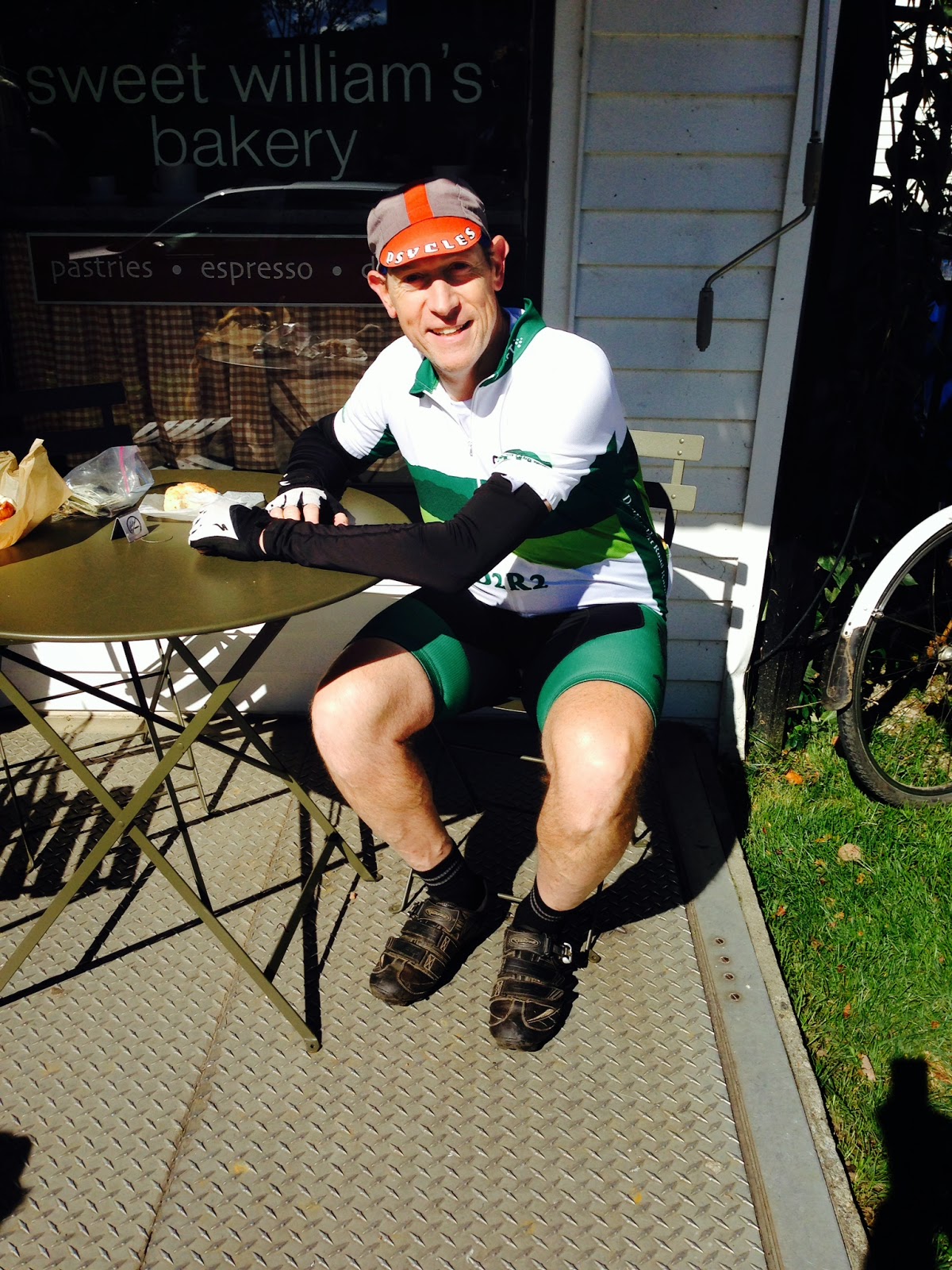 All smiles before the real work, Mt Riga Road! 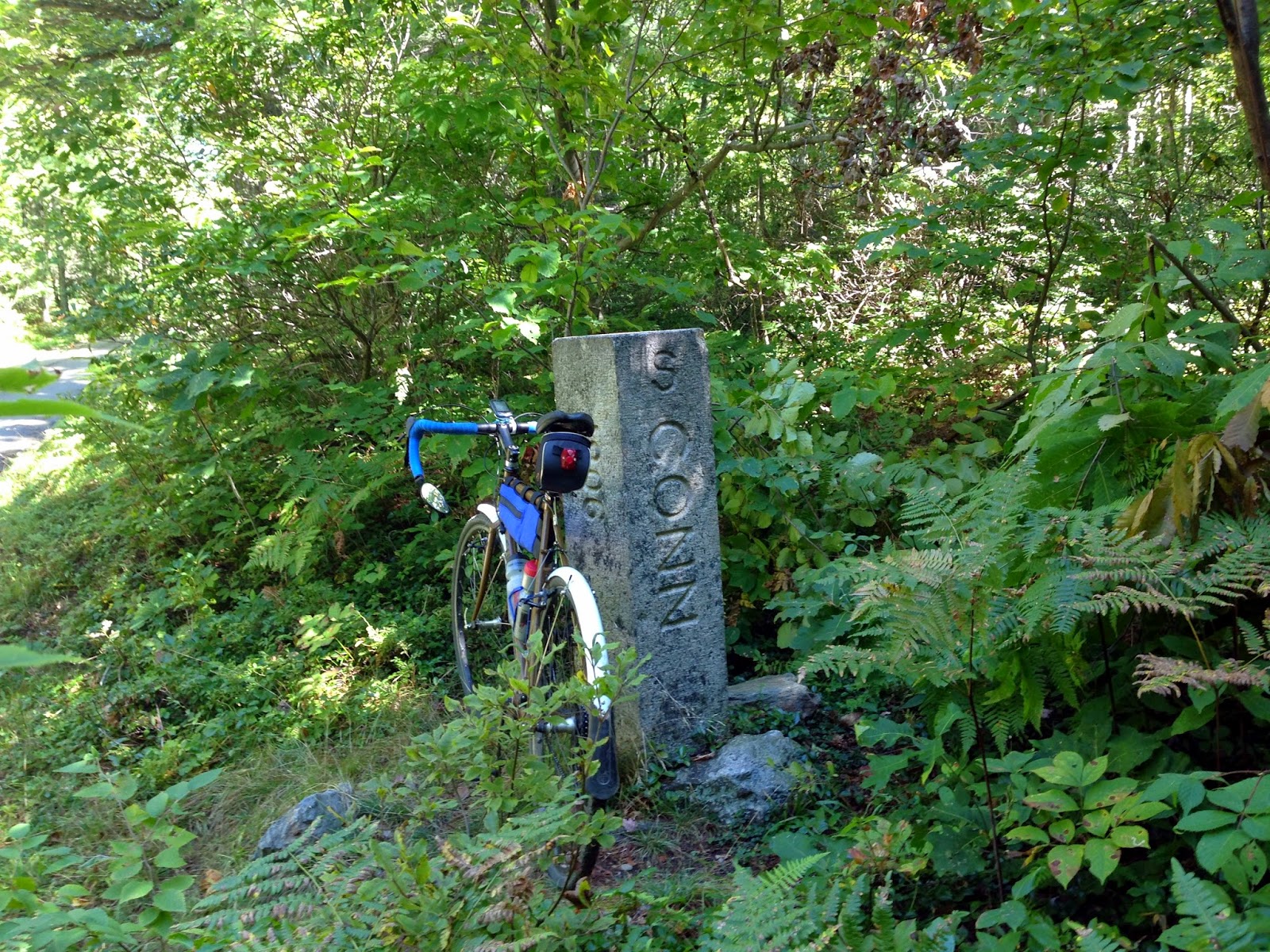 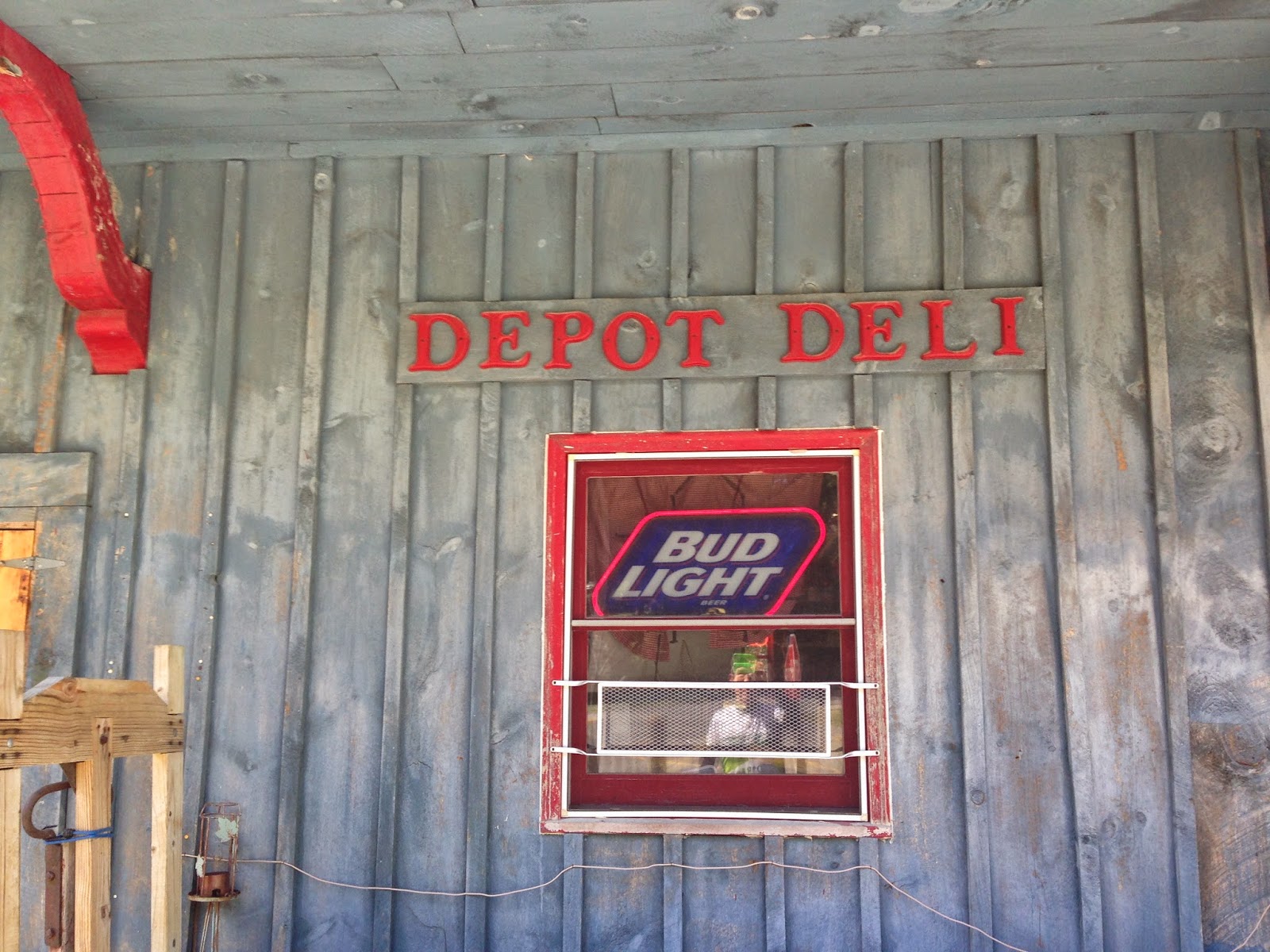 From Mt Washington we headed down to Bash Bish falls where I almost got T-Boned by a deer and this time around we didn't stop at the falls but headed down to the Depot Deli hoping to get some Chili. 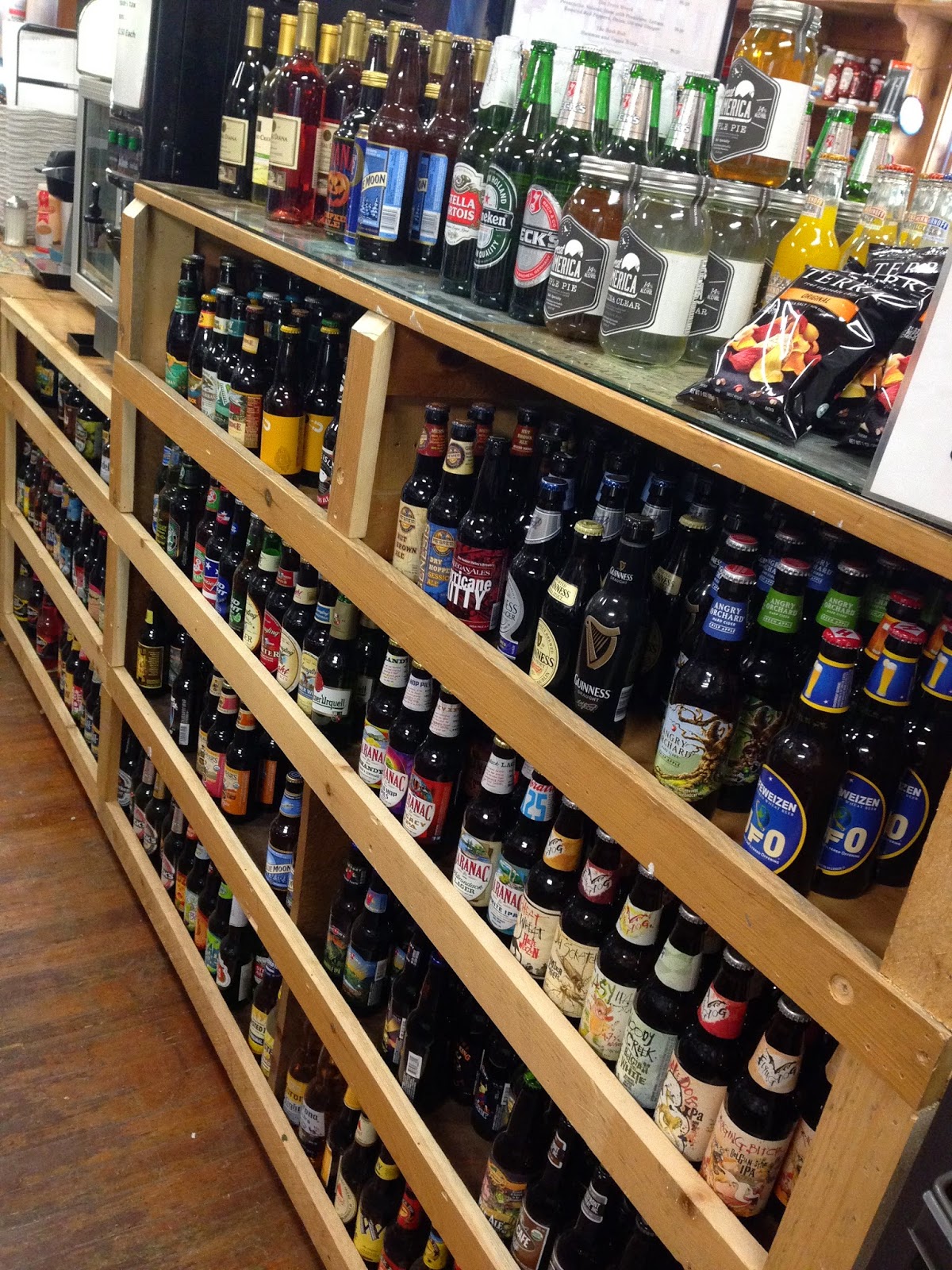 They 106 different beers to chose from but we weren't having none of that because by this point we were not even passed the half way point. 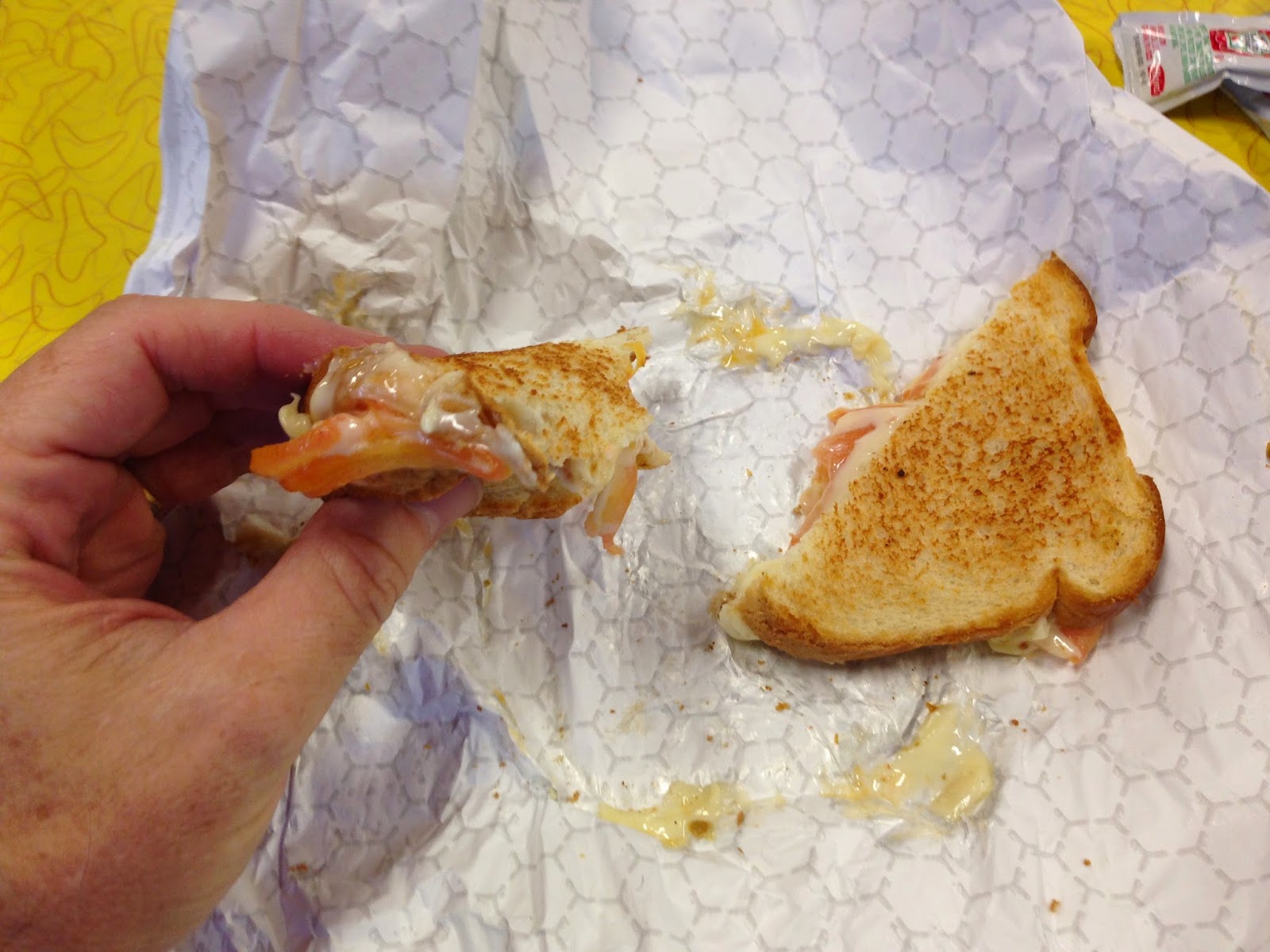 Had to settle for an awesome grilled cheese.  From Copake Mines we headed up to Sunset Rock Road which was another wall of a climb with grades maxing out at one point of 21% and an average grade of 12%. 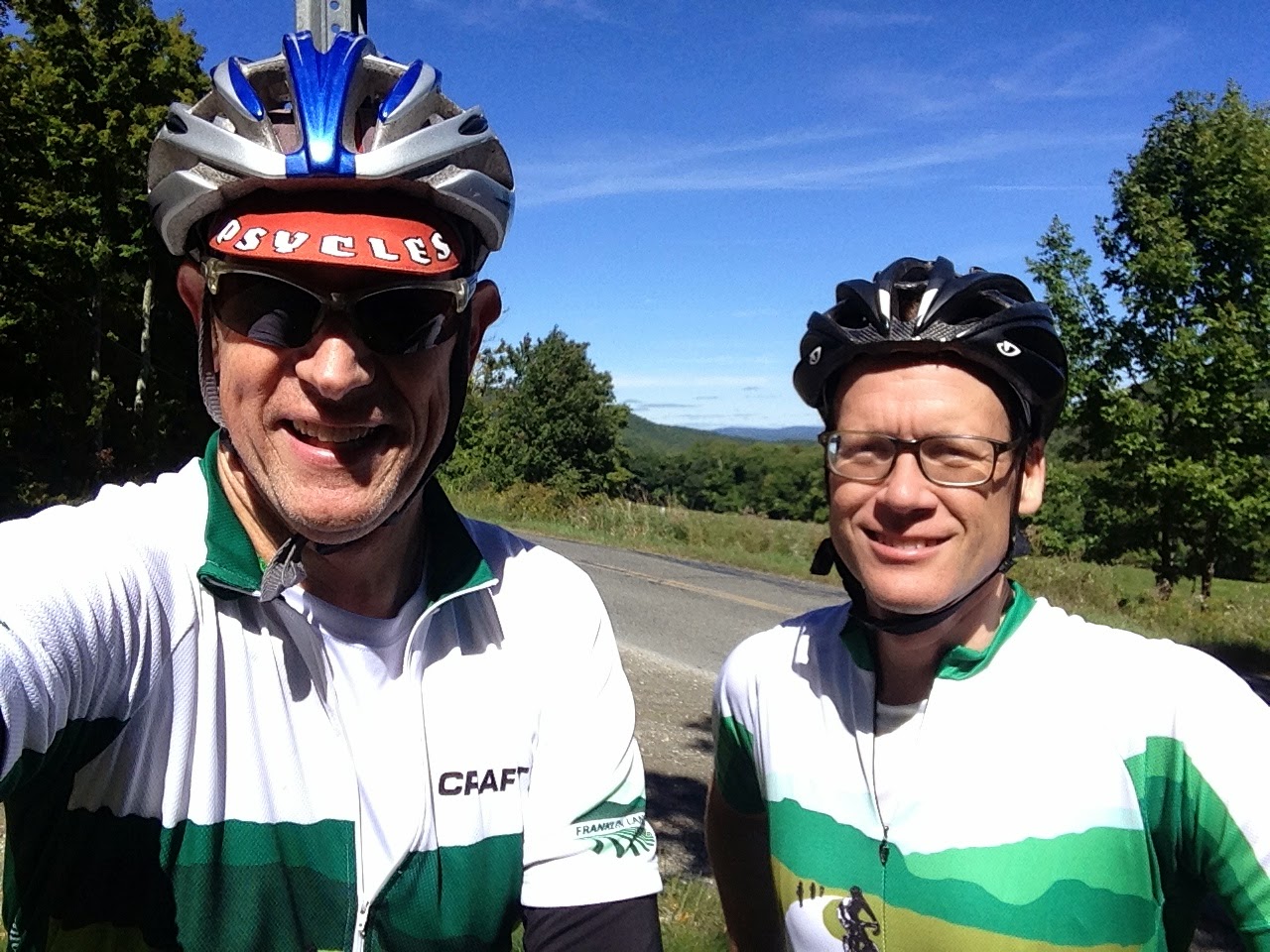 The Gravle stopped where West Street meets East Street and the start of the big descent down the backside of the Catamount Ski area into Eggermont. 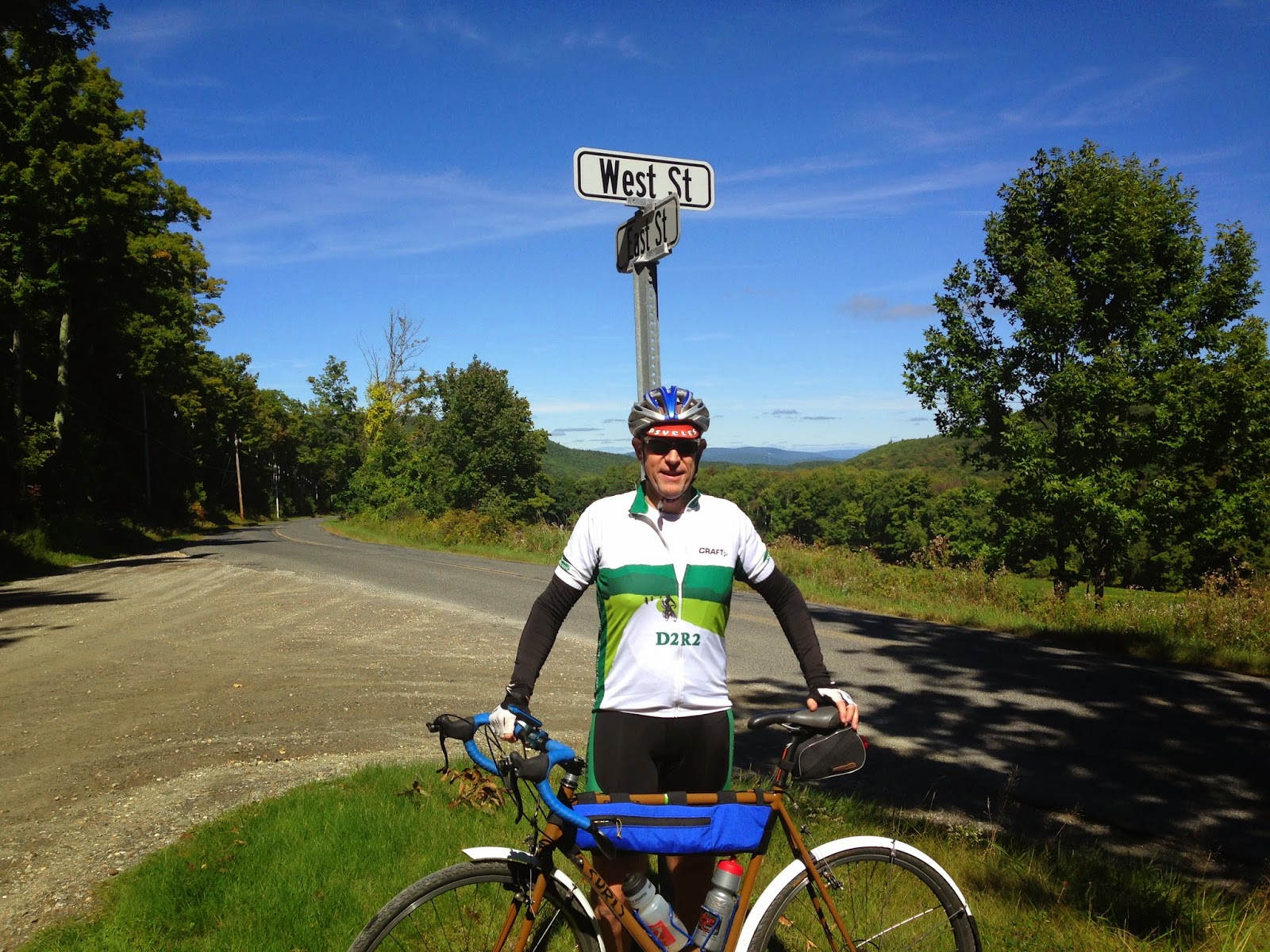 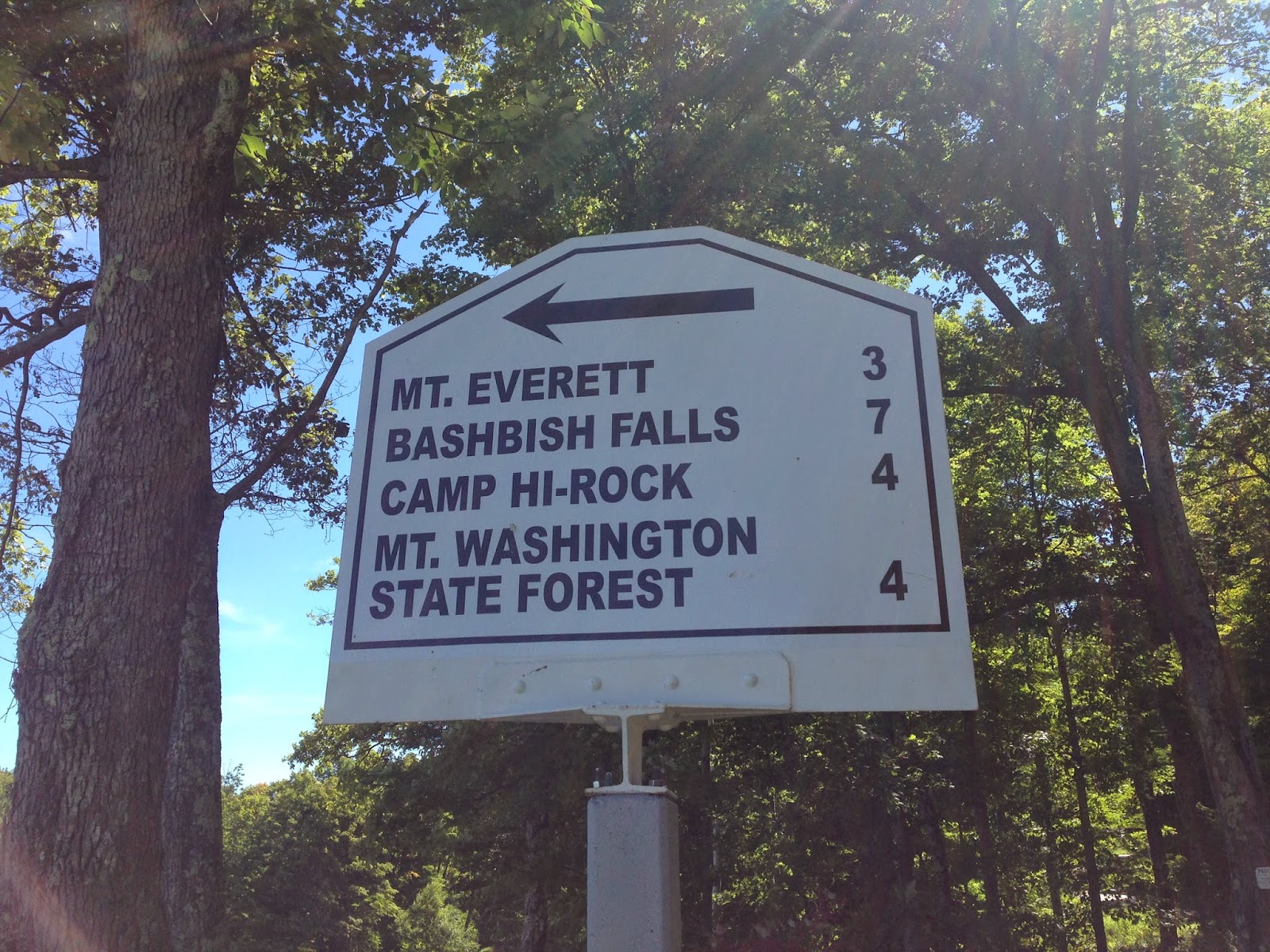 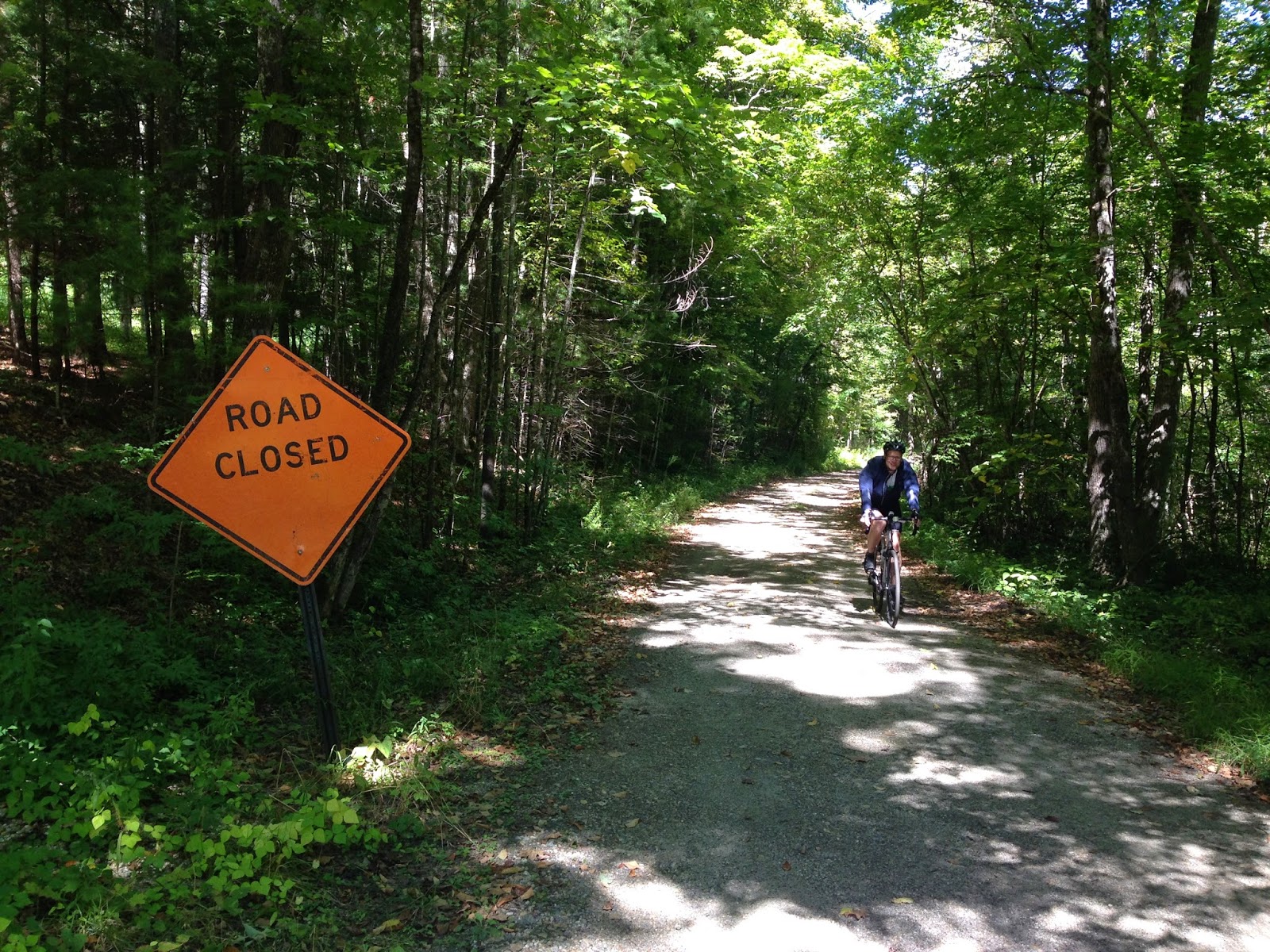 For bikes, the road is passable, and perhaps a 4x4 but definitely not cars! 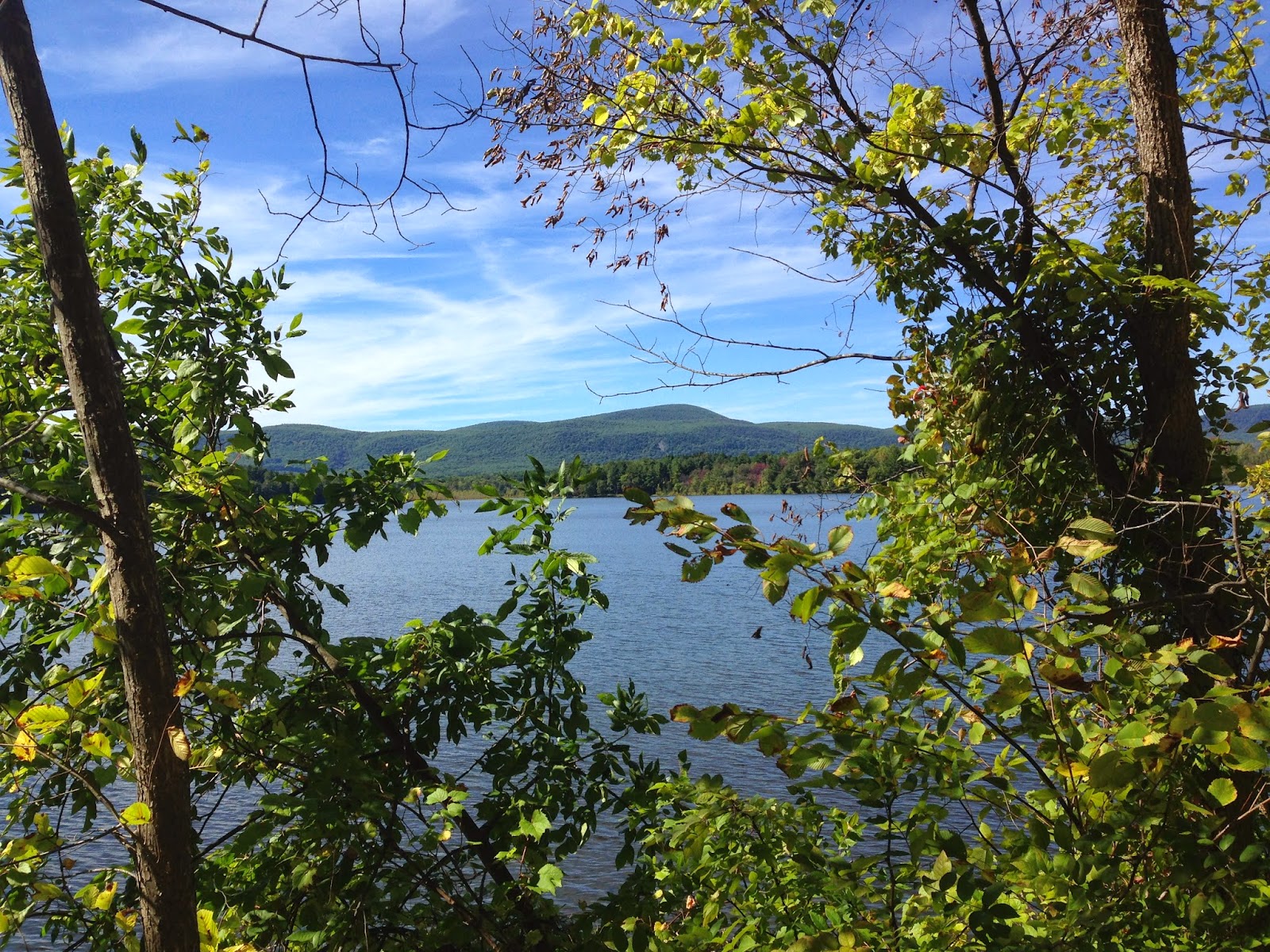 When we got down to Twin Lakes it was time to marvel at the scenery. 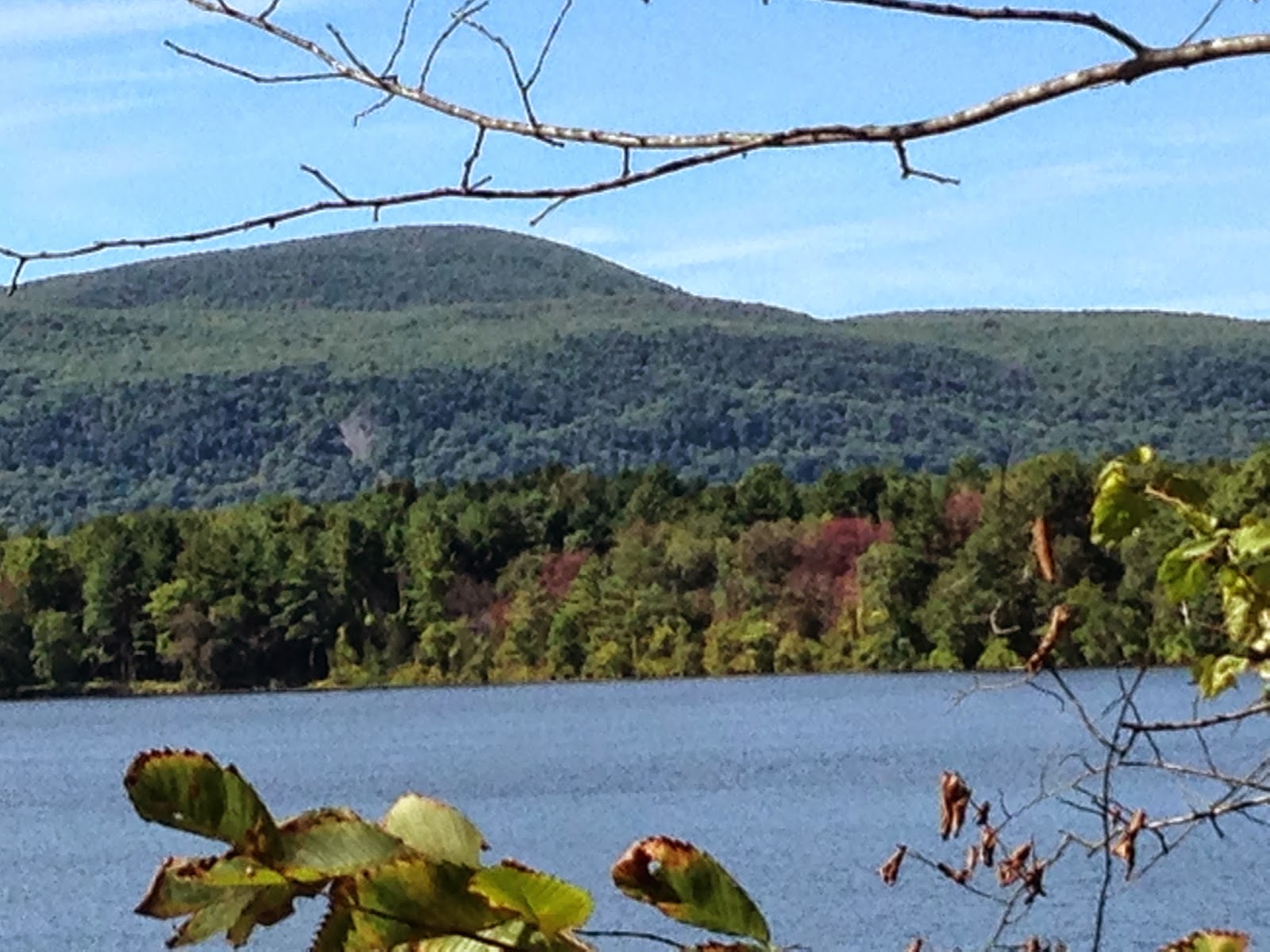 Around 4 miles from this point is Bear Mountain 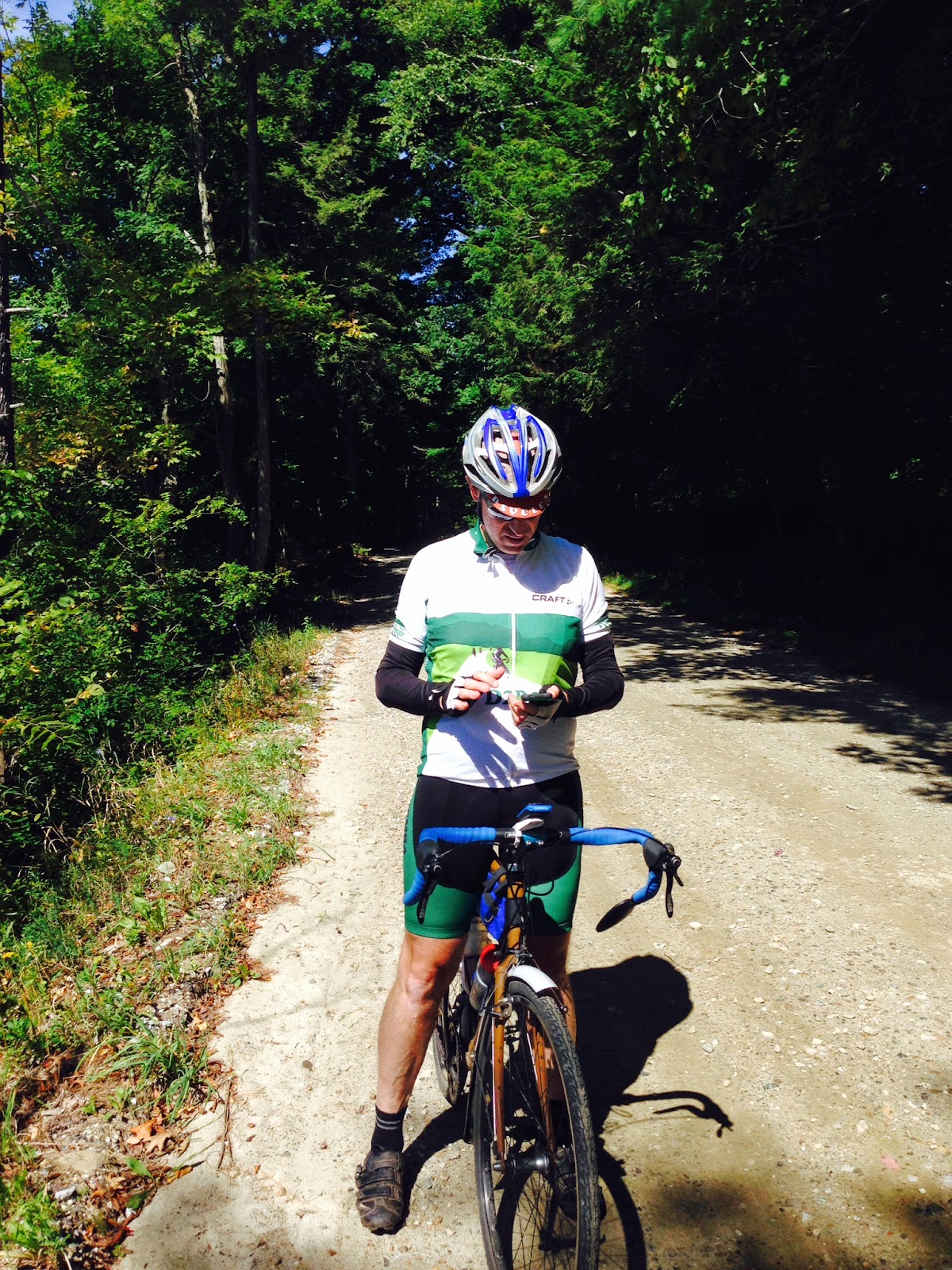 From Twin Lakes we headed down Wildcat Hollow and onto Housatonic River Road, both are Gravle roads.  Crossing over the You Shall Not Pass Bridge at Falls Village and then down the Warren Turnpike to Lime Rock Station Road and then onto River Road and into Cornwall by the Covered Bridge. 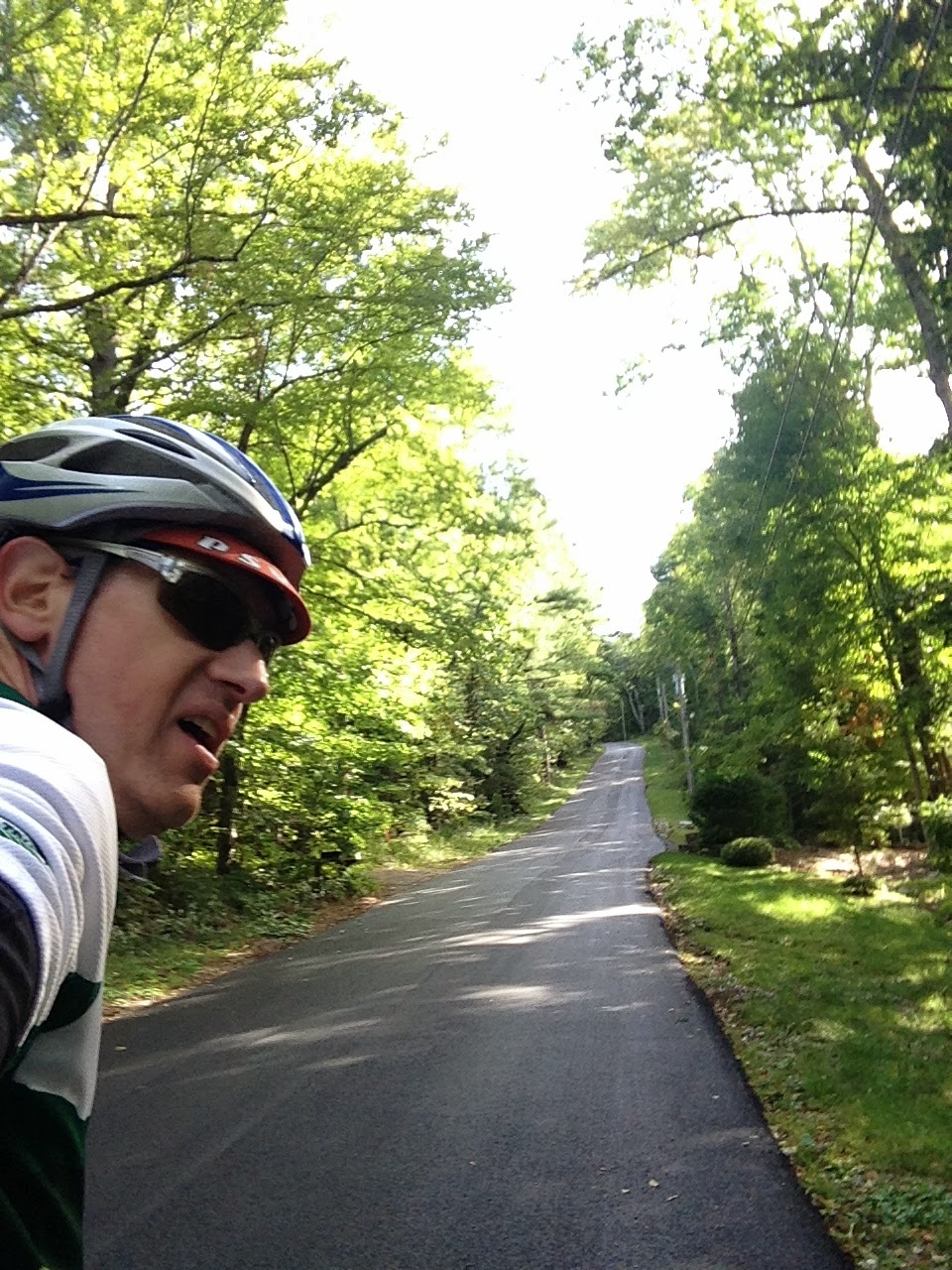 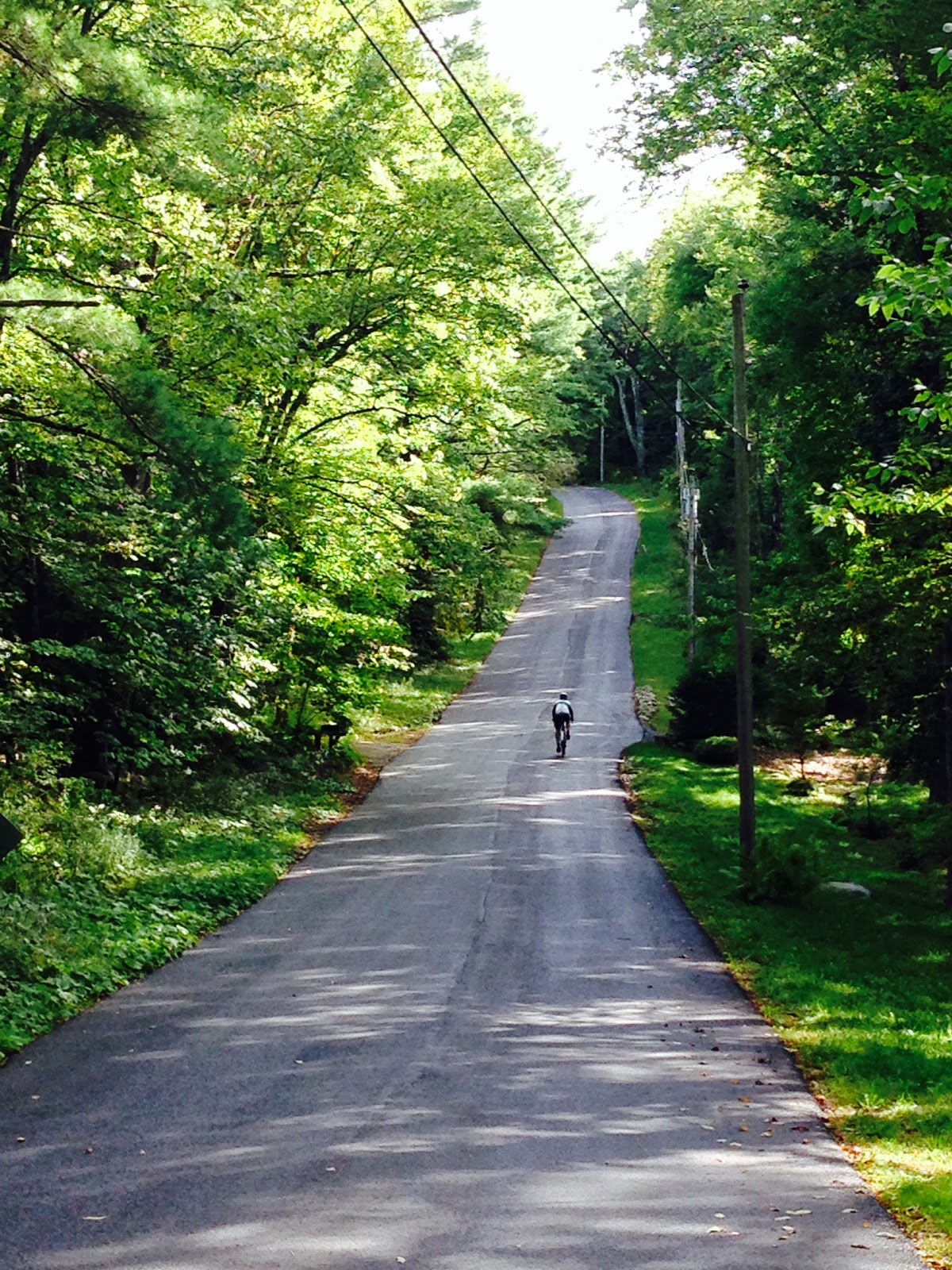 Another hill to conquer is Dibble Hill just outside of Covered Bridge.  The average grade on this climb is 11% and grades over 20% the only respite is that it was recently paved and thus black butter! 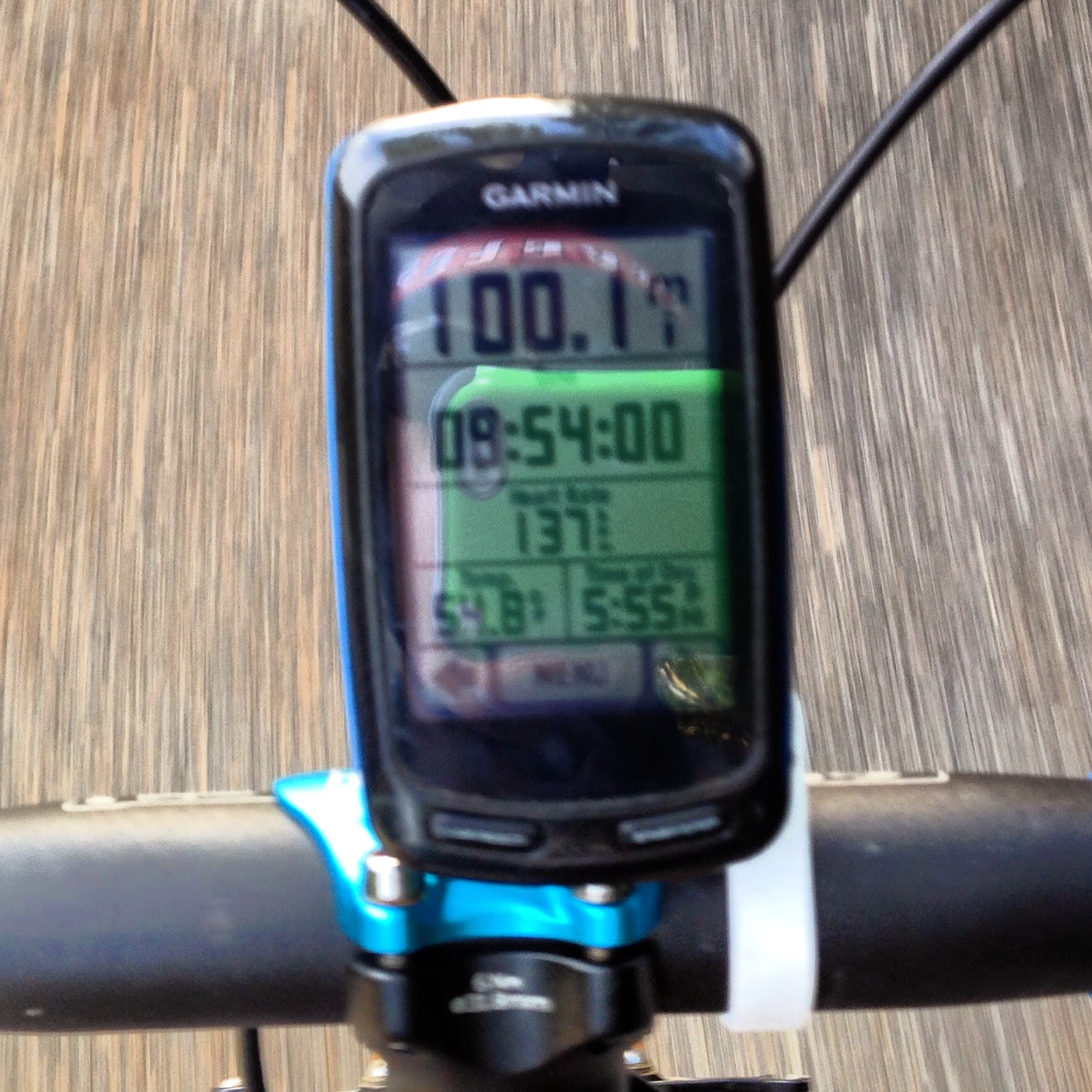 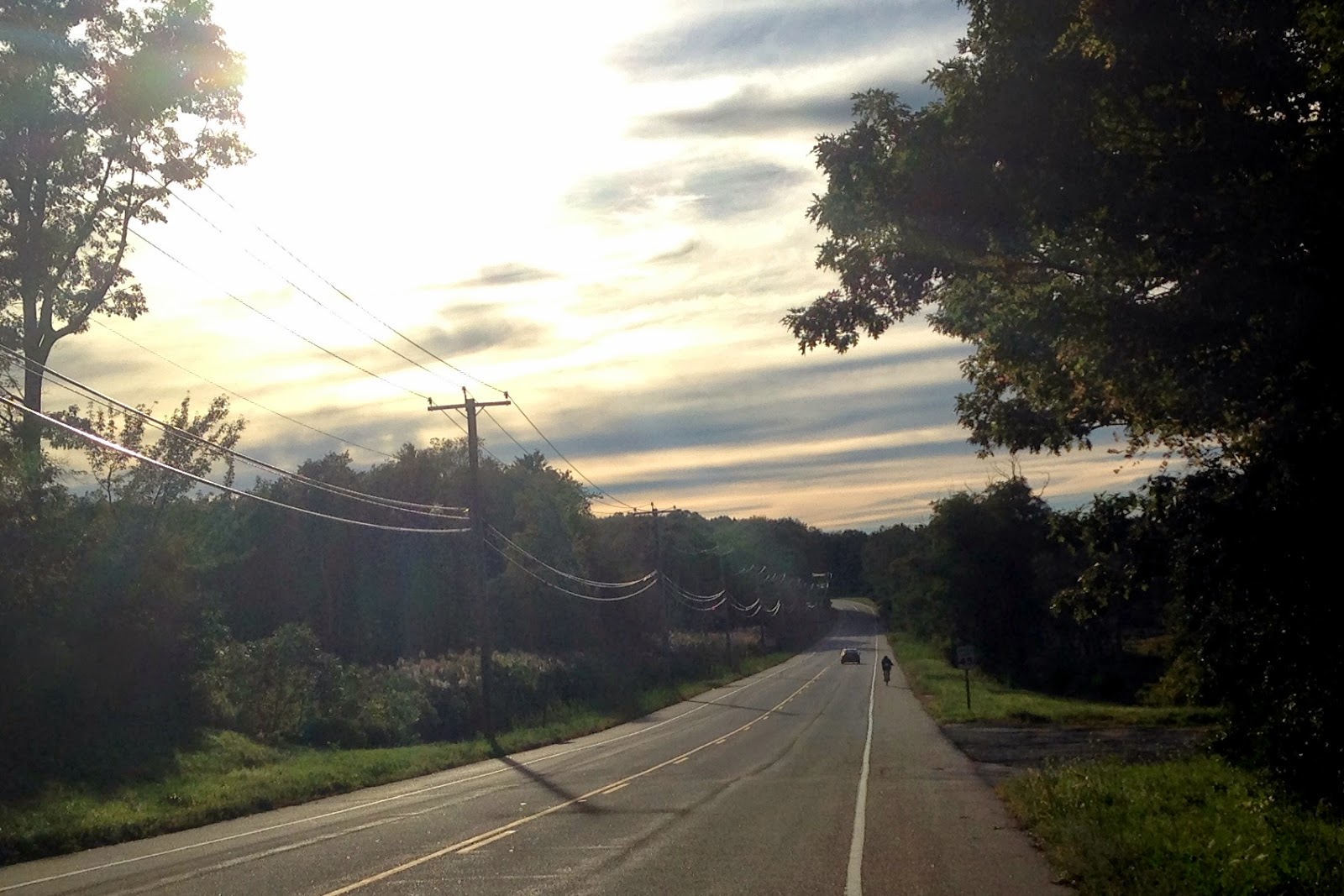 Hi! Great recap. How does the road surface of my riga restricted rd compare to other dirt roads, like say the dirt roads inside meshomasic state forest if you are familiar with that? Essentially is it just sub optimal to run it on 23mm tires or lunacy?

Dan, I have ridden through MESH and I would say they are about the same. The only thing to consider is how wet the road is. In the springtime, climbing a muddy road is brutal because the mud just sucks to your tires.

Anything less than a 32c tire and you are asking for trouble.