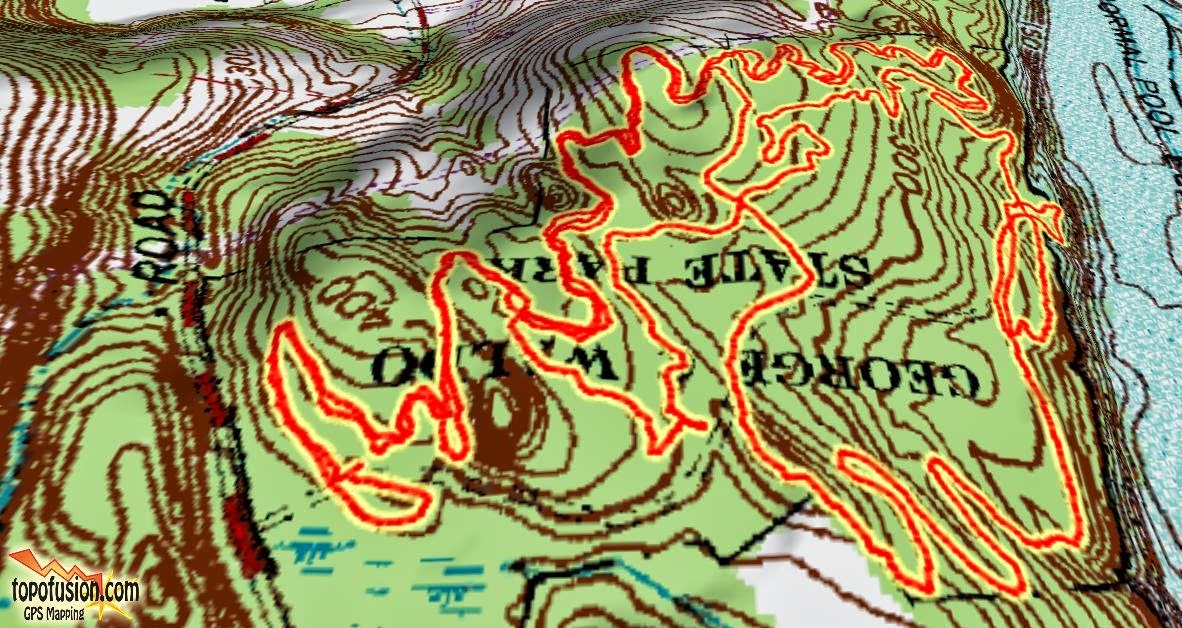 My original intention for riding on Saturday was a 20 mile tandem ride with my son Elliot but after sampling what summer used to be in Connecticut to and from his Kung Fu lesson he didn't want to go back out again if he or I could help it.  So I threw the Spot onto the top of the car and headed over to Waldo.  I have never used the new parking lot before, in fact now that I think about it, it was never officially open the last time I rode here, so it's been quite some time.  Unbelievably, the parking lot was empty and I had the whole place to myself. 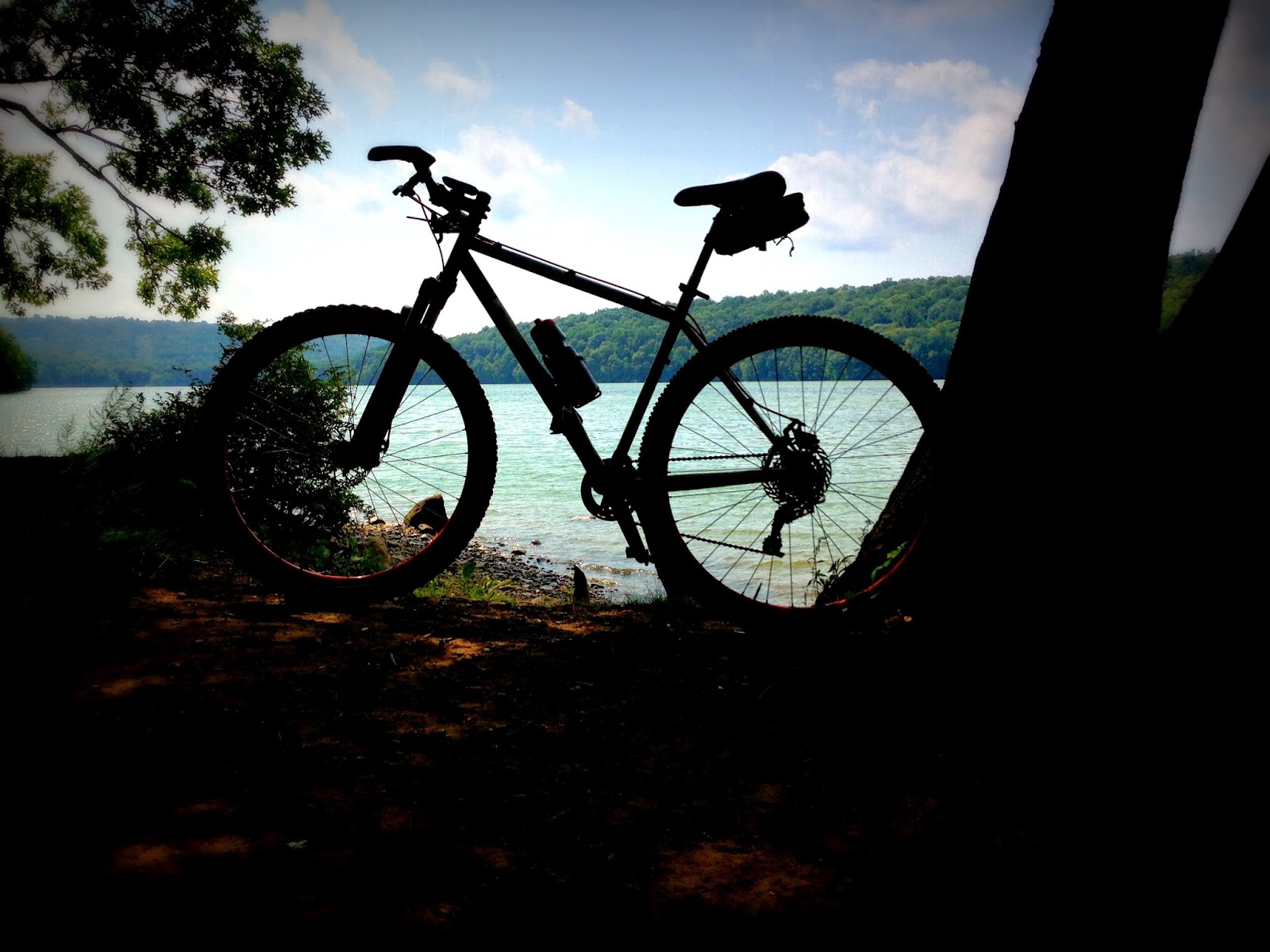 There were some new little challenges here and there which were fun.  There was a huge, dead, oak tree that had fallen across the trail, near the parking lot, that already been re-routed around.  By the looks of the trail it seems to have been there for quite some time.  Further down, there was a change to the trail, too, that I guess I might have heard about but didn't really think much about it.  The main trail, Red Blazed, makes a U turn and hooks back into itself that leads eventually down to the fire road and the water.  Meanwhile the what used to be the route to Captain's Log is now yellow and the section in between Captain's Log and where the new cut off has been closed.  I understand why that it because it's always been wet and it gets rutted out in the spring.  Kudos to Paula for finally making this happen! 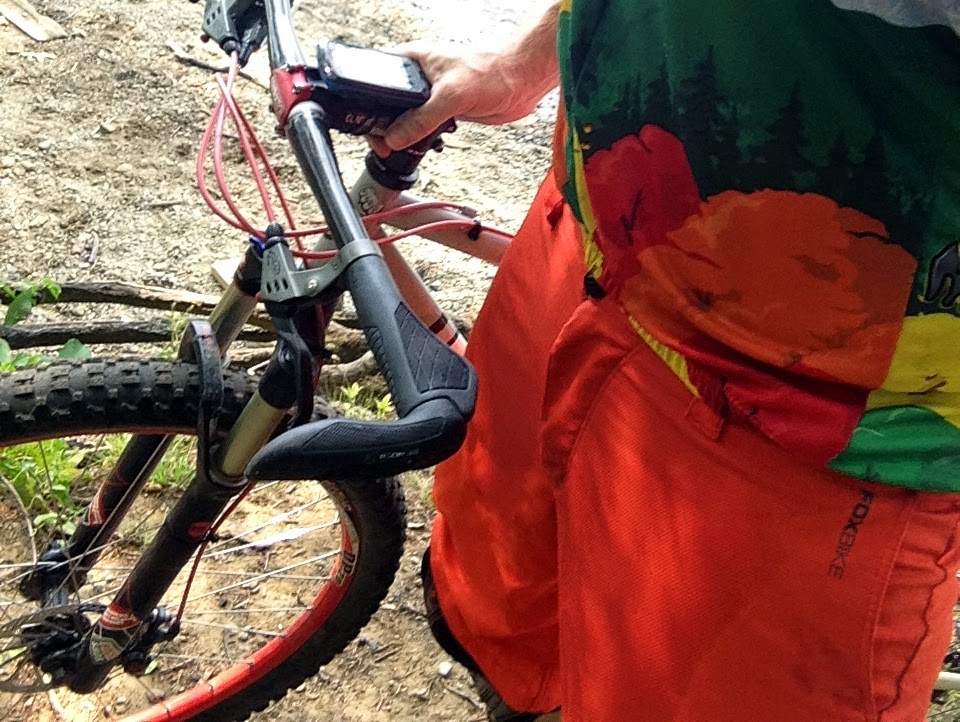 By the time I got down to the water I was soaked in sweat.  The front of my riding shorts looked like I pissed my pants!  There was a nice wind coming off the water which made it a little pleasant but the fact remained that it was still hot and muggy.  Getting here I tried the new trail but found that it's not quite ready.  It's has some great benching and rock work but then peters out half way in.  Others have been riding it, though, and a trail is starting to form.  At one point, near the end of the park the flags stop and it's quite hard to follow where the trail is intended on going so I ended up bushwhacking a bit till I found the fisherman's trail that eventually ties into Extra Credit.  That's probably the other part of the trail but the connection to it isn't really marked.  Still, it's a great trail. 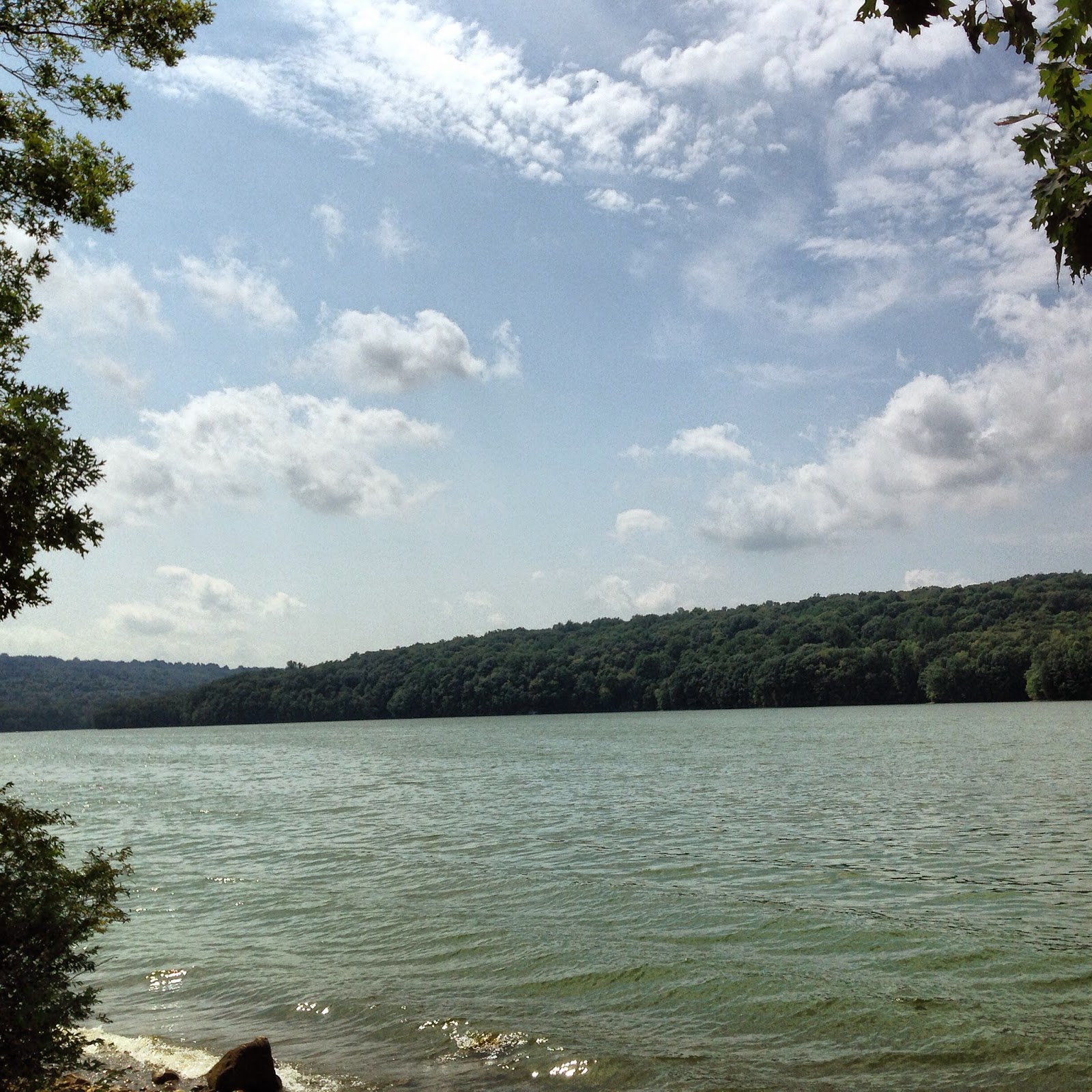 I had a great ride and felt great and few pounds lighter after that ride!
at 5:00 PM