After a few false starts with the rear wheel needing to be reset a few times, I finally started my last ride of 2013.  It took one more adjustment down on Old Hawleyville road to set things right.  I had waited later in the morning, till it warmed up over 20 degrees to start riding.  Anything colder than that is just miserable if you ask me, unless I am in the woods.  At this temperature I figured 4 layers should be sufficient but I could have used my wind vest, too. 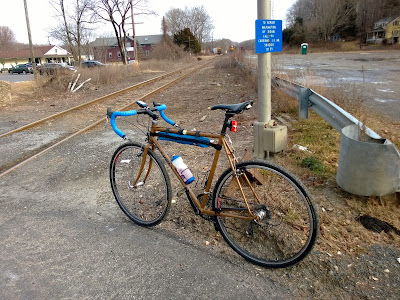 Riding the Cross Check is so smooth and with a thinner tire, Continental Tour Ride Urban Bicycle Tire (700x37) with puncture protection, much faster, too.  Although these tires are pretty bomb proof I rode with my tool bag because it happens to match my bar tape nicely.  In fact the epiphany that I had while riding Cross Check this morning was why do I need two Cross bikes?  The Cannondale was a good introduction to road riding and a solid performer when it comes to gravel grinders but I think I might try to sell that, along with a few other bikes and maybe buy a road bike or even a full suspension mountain bike frame and build it up from parts off the Spot. 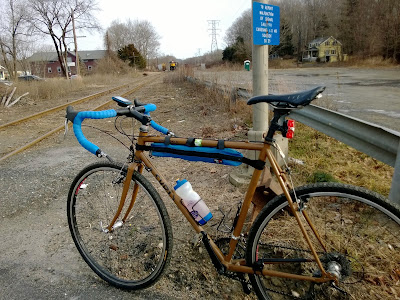 I had thought about selling the Qball but if I through my tubeless wheelset on it (with tubes) and go back to the carbon fork I think I could make it into a light singlespeed commuter.  Like the Cross Check, I hope to run the Qball into the Ground.  For 2014 I think I am going to do more Gravel Grinders.  I registered for the 115K course for the 2014 D2R2 ride.  I think I might bag SSAP this year, no choice if I sell the Kona (thinking of doing that, too, which could finance my full susser dreams) and instead do the Detour de Connecticut.  There might be Gravel Grinder in the Berkshires in 2014 that I would like to do and of course the Bloomin' Metric and maybe some other benefit rides throughout the year.  Also, I think I will be riding a lot more dirt roads in North Western Connecticut. 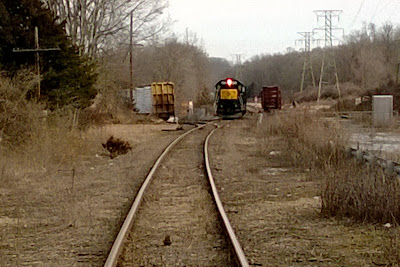