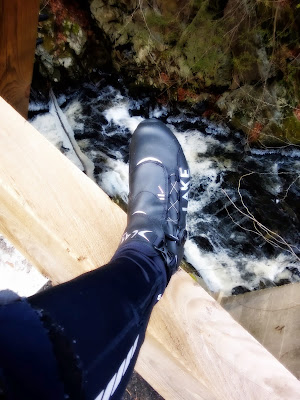 After riding in the woods with the 303s now I had to see what they are like on a road ride.  With a narrow time window to ride, I headed south again, only this time in reverse of what I rode before Christmas and discovered some great territory.  This time, after riding through Taunton Hill I cut across to Swamp Road and then down Poverty Hollow into Easton where I found the Apestuck Chasm.  There are some really cool waterfalls along the road where it becomes one lane. 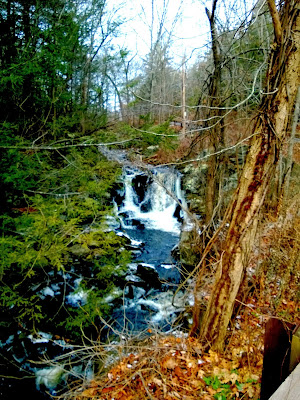 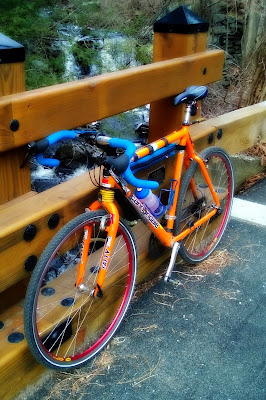 The Lake's were awesome!  While my feet never got cold during the whole ride  they were still cooler than riding in the woods largely I believe from the descents.  Still, I was comfortable the whole time and that's what mattered the most. 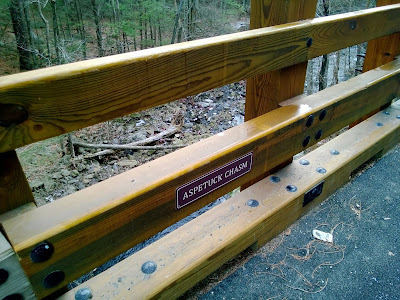 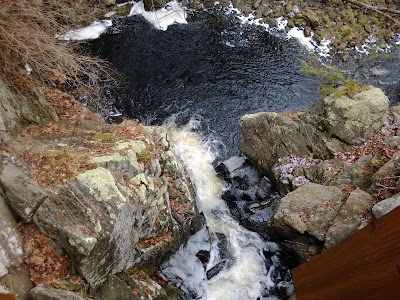 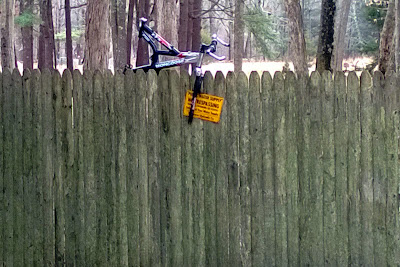 At the bottom of Poverty Hollow, the road swings east and there is this strange house with Tonka Trucks climbing up a tree.  There are also various remote control and other cars on the roof above the garage and toy cars and trucks all around the house. 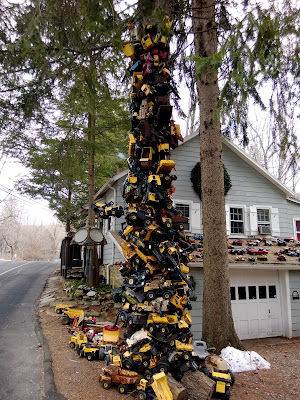 In a way it was kind of eerie as if it was a modern day witch's house where the toys were meant to lure unsuspecting little boys and girls in where she would eat them. 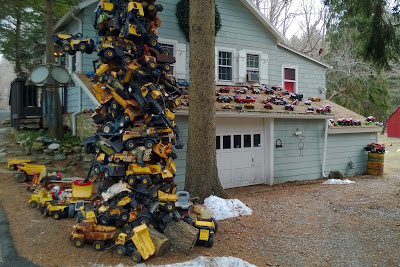 There were also some pretty interesting ornaments about the property including this tandem. 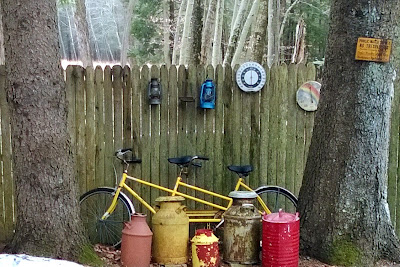