I was supposed to take my son skiing today with my father at Ski Sundown.  It would have been awesome with all new Pow Pow from last night's storm but he wasn't feeling well and didn't feel like going.  In a way, I was kind of glad because I really wanted to go back to Fairfield Hills and ski what I rode yesterday on the Monstercross. 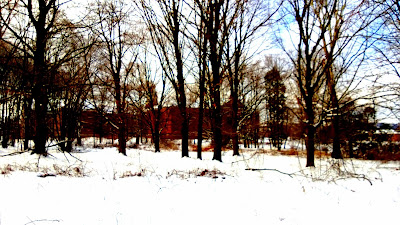 When I pulled in I saw Joe Hovious from the Newtown's Conservation commission skiing in the opposite direction I had intended on going.  I was going to try and mirror what I rode yesterday with some caveats, like not trying to down any steep sections and steering clear of pavement crossings.  I did pick up Joe's track from the turn out at the end of Keating Farms which made the first half mile nice.

However, the ice crust on top of the snow turned today into Napolean's Death March in a few places but it was still a great work out.  I took Joe on the horse trails behind the water tower and we discussed the potential of a Winter Recreation/Bike and Horse Trail that would parallel the paved Rec Trail. 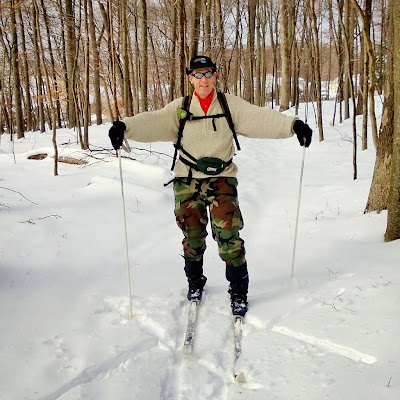 It's good thing that I am such a Packwhore because the sun went away and the wind picked up by the time Joe and I hit the meadow behind the water tanks and it was freaking cold.  I packed a jacket just in case and that planning paid off!  From there, Joe headed back to his car from the water tanks but I continued down the meadow until I hit the tree line that juts almost separates the upper and lower meadows.  Looking at my watch I didn't have as much time as I needed to ski down to Yahoo Hill so I cut back towards my car and took another lap around soccer field! 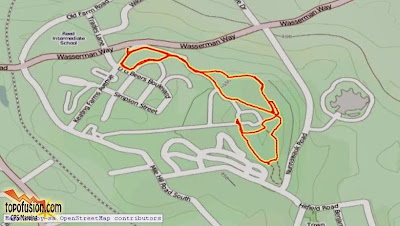