Single and Stoopid, once again! 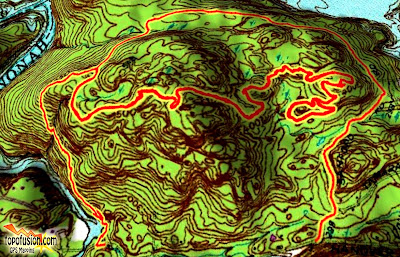 Today's ride after work at Upper Paugussett was a new high in the mileage department, 9+ miles!  That came largely from doing repeats on the Reach Around, which is a way that you can loop around and head back up the Gussy.  It's a loose collection of skidder tracks, hunters trails, and the last section which is an old cart road coming off Blue Blaze/Horse Trail about 100 yards north of where the Gussy intersects with the same trail.  Parts of the Gussy and Mulikin Trail utilize pieces of cart roads I found many years ago.  They are quite impressive with engineered sections that are graded and cut into the sides of hills but not wide enough for an early 20th Century vehicle.  These roads were made for horse drawn wagons. 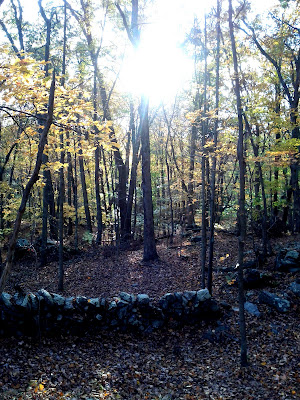 Riding up the Mulikin on a singlespeed was tough, I guess it's been awhile since I have ridden the Raleigh XXIX.  I would have ridden the Dream Machine again but the rear tire has a torn sidewall so I will probably be switching out the rear wheel until I get it a new T-U-B-E-L-E-S-S replacement tire.  Basically, have to figure out what tire to get and some more Stans to fix it.  In the mean time, I will be riding tubed. 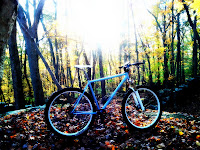 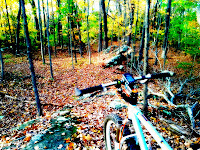 There was a lot less creaking on the Bushnell Bottom Bracket on this ride.  It still creaks but not as much show.  I set the chain pretty tight and noticed halfway through the ride that it had loosened just a little bit which was about the same time that I noticed that creaking had started.  The other thing I noticed is that the Manitou Tower is really stiff compared to my Reba on the Spot.  It's almost like riding rigid again and I think I might have to go back to the medium spring. 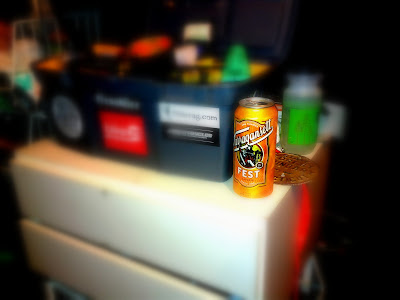 By 6 PM it had started to get dark and while I had lights with me, they weren't needed.  Back at the ranch I cracked open a Gansett Fest, I got the last six pack from Trader Joes the other day and set about making a few tweaks on the Raleigh XXIX.  I am going to do one more ride and see if I get any more slippage on the EBB.  If I do, I might try some green locktite that was recommended to me.
at 5:30 AM