An illuminating experience On the Spot 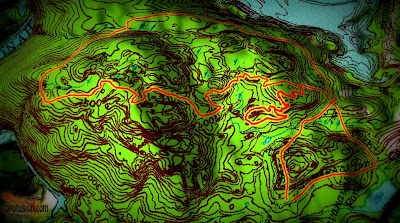 Another ride on the Dream Machine, aka the Spot Long Board 9, at Upper Paugussett and it definitely was not SOTDD (same old trail different day).  I was really pushing it and the bike and I were one!  I didn't see any pick up trucks, which was a good thing because I forgot my bell but I did see two guys riding up the Gussy that I have never see before.  It was kind of cold but these guys looked like they were riding in winter.  I only had shorts and a long sleeve techwick and it was just enough to keep me from freezing! 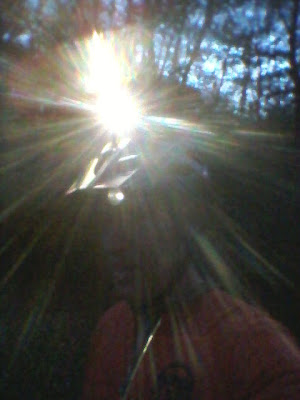 I probably could have finished the whole ride without illumination but I turned it on because I had it with me.  I banged out a twofer on the Reach Around, too, and then road back to ROW and then bailed out after the Cleavage down past Sidney's house onto Echo Valley.  The other day I found an interesting alternative to riding up the Gussy past the Blue Cross Roller that I have ridden twice now.  It's a nice alternative and adds some variation.  Just need to go in and bench a few parts.  Before I do that, though, I have to finish the Vajayjay Option. 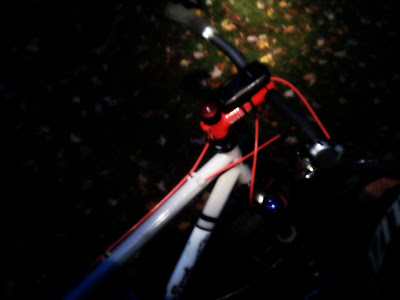 Nothing beats a nice BBC Oktoberfest after good ride! 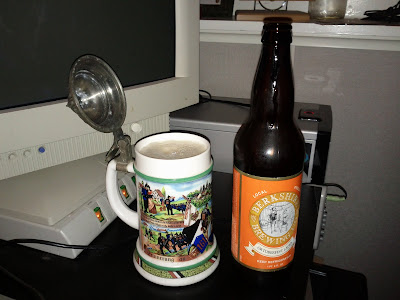