Fall riding at it's best! 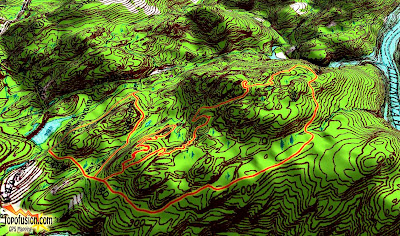 The Dream Machine almost turned into a nightmare this afternoon when I went to put air in the front tire.  The release valve was stuck so I used pliers to loosen it only to discover that the T-U-B-E-L-E-S-S stem is a two parter and out it came along with all the air in the tire too. All of a sudden I am looking at a flat front tire!  So I loosened the valve, screwed it back in, pumped the tire up and it appeared to be holding so I took off! 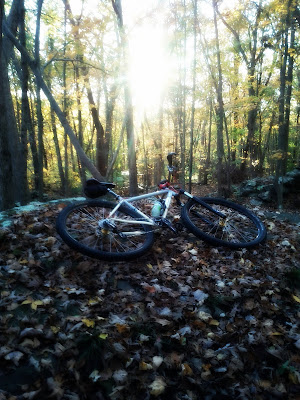 The funny thing about Strava is places like the forest road in Upper Paugussett State Forest  that is a Strava Segment, I am pushing myself harder to try and get a better a time.  Which greatly changes the aspect of riding certain sections that are mundane.  However, a few stops here and there to clear some small blow downs meant no Strava KOMs or PRs for this trip.  Didn't matter because it was such a nice day, albeit a bit chillier compared to yesterday, that I didn't care. 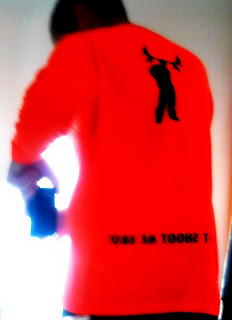 The funny thing is I decided to wear my blaze orange "Don't Shoot Me Bro" shirt from Bikerag.com but after putting on a pocket jersey and my arm guards there was very little Blaze Orange to be seen.  I think I might have to go back to a hydration pack for cooler months.  That means I will have to figure out how to carry my camera/droid internet tablet appliance so that I have easy access if I don't have a back pocket to put it in. 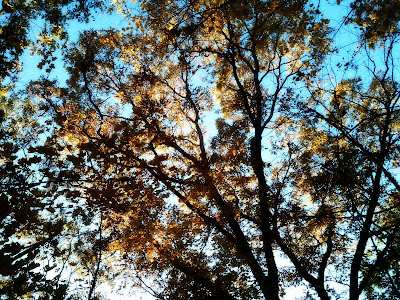 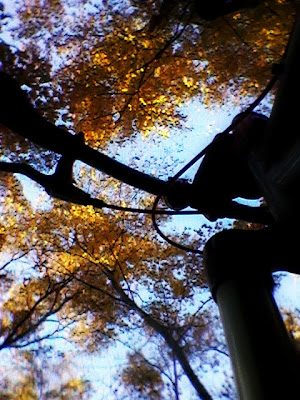 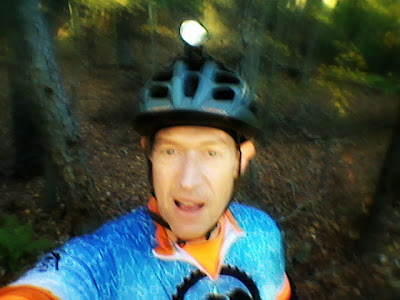 Brought the light just in case but it was unnecessary because I had to be back home by 6 PM and by that time, it's still pretty light out.  Another 30 minutes would have been another story. 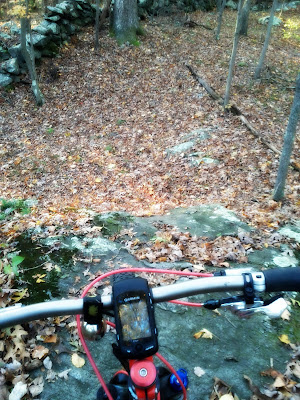 Couldn't tell if the car in the Echo Valley lot belonged to a hunter because it was a late model sedan and not your usual pick-up but I did hear shots ring out just as I was leaving the house.  Felt better riding with a bell. 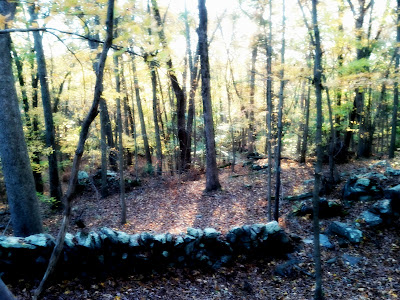 Wow, what difference another inch makes!  I lengthened my seat post by that much and found that I had a much better ride.  I don't even have 200 miles On the Spot but it's the kind of bike that I could see putting 2000 miles on because it rides so sweet.  I am going to try riding with flats though after having some unclipping issues recently and hearing some recent horror stories about falls where people couldn't unclip in time got me thinking that I should not be risking myself, either.  I am getting red pedals to go with the red motif On the Spot. 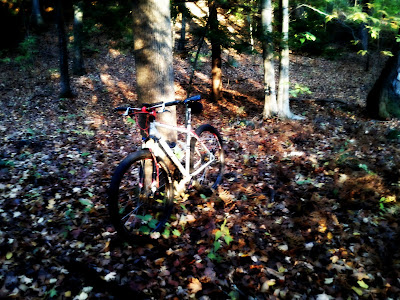