When in Trumbull ... Ride Trumbull! 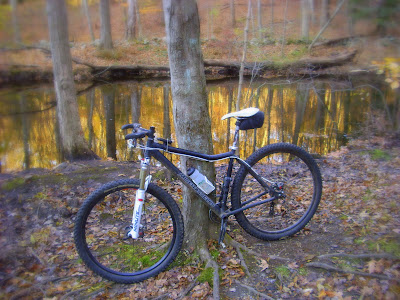 Heading into the ninth day of no power after the Great Halloween Snowstorm, Alfred, my family and I have become CL&P Refugees and moved in with the in-laws in Trumbull.  So if I am going to be living in Trumbull I need to bring a bike and ride Trumbull. 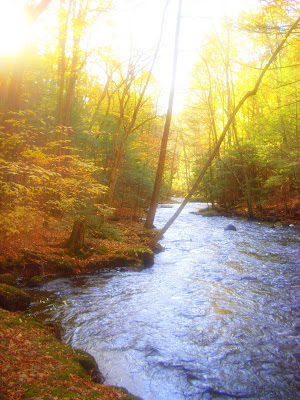 Conditions at Pequonnock River Valley were far better than what I saw the other day at Upper Paugussett State Forest..  It's been awhile since I rode P-Valley and some of the impacts of Hurricane Irene were being utilized by the trail minions. 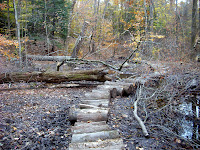 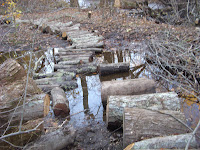 I had been reading about this new ride down on the blue trail and it looked good from afar but when you get on it right in the middle of the course it's totally FUBAR.  Apparently it was open all the way through at one point but now it's not.  Too bad, because this would be fun to ride. 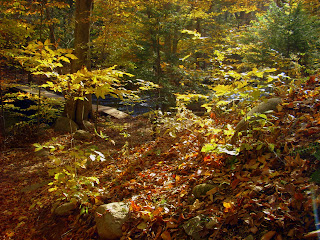 Living at someone else's house can be frustrating and disconcerting but the two hours of riding at P-Valley and enjoying some nice fall foliage seems to melt those frustrations away. 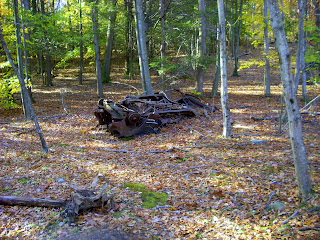 I decided to check out some old carriage roads on the other side of Whitney Avenue but they weren't that interesting.  There was an old rusty truck from the 50s that was kind of cool.  Nothing much back there, but curious who owns the property because you could make a nice little trail system back there and potentially tie in with the other commuter lot off 111.  Wouldn't that be AWESOME!

I feel your pain brutha. If you need anything let me know. Trumbull looks nice tho

Hey, we rode Trumbull on Sunday and that log section is finished. They did a really nice job of adding a "skinny" at the end of all of the logs. It's really a fun obstacle, you should check it out again.

@TB, yeah I posted a comment on FB about it and sure enough, the trail minions went in and fixed it! That was quick!