I have been wanting to do this route for quite some time and today I made it happen.  I wanted to leave at 7 AM but it was just too cold at that time, 29 deg, so I waited until 10 AM when it had warmed up to 40 deg and I didn't need as much snivel gear, in fact the only thing I wore in that department was the ear muffs that come with my BDU patrol cap that I was wearing underneath my helmet. 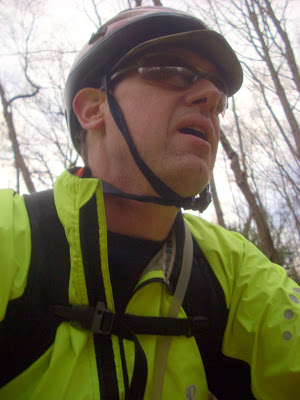 The night before I almost changed my meats but then realized I was saving the 700x38c for the Centurion Iron Man Dave Scott Expert build that I am still working on (slowly, ever so slowly painting) which will be my first geared road bike that I keep for myself.  I ended up keeping the Cross Marks because once I got onto the Rail Trail, the knobbies would be handy. 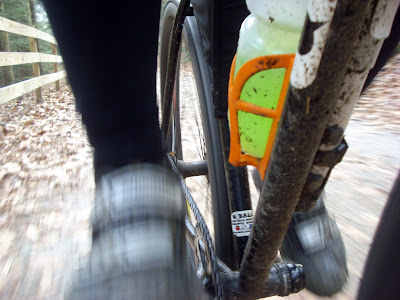 It was 7 miles from my house to the start of the rail trail in Newtown, which is technically closed but people run and ride through there all the time so I figured why not.  The first part isn't that great and there are quite a  few trees down making it somewhat difficult to ride and of course my 44:18 gearing wasn't a lot of help in the single track.  Thinking about going to 44:20 and maybe try a little fixed action with Tomi Cog on the Larkin Rail Trail sometime. 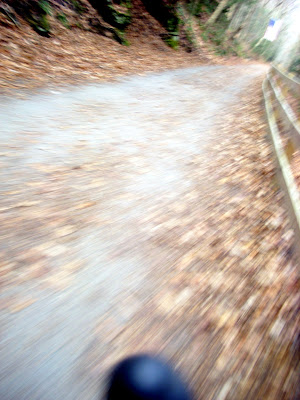 The unofficial Railtrail turned into the official Newtown Railtrail, 1600 feet of dead end greenway in need of gravel and drainage improvements.  Then you hit the Monroe Section.  North of the Purdy Street Parking area, it's pretty empty but south of that it get's busy.  Didn't bring a bell so it was a lot of "On your lefts" called out in front of me.  After Wolfe Park, which was closed - never seen that before, the other end of the Monroe section to Vitrinox is usually pretty empty and into Trumbull until you hit Old Mine Park. 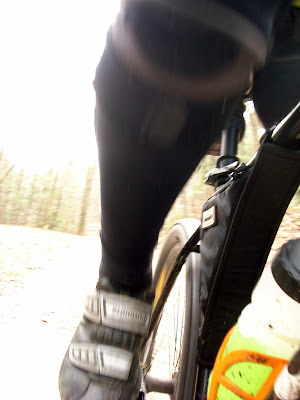 Between Old Mine Park and the Rt 25 underpass I saw some mountain bikers riding new single track between the rail trail and the Pequonnock River.  Never seen that before and thinking the next time I ride Trumbull from Whitney Avenue I am going to have to check that out. 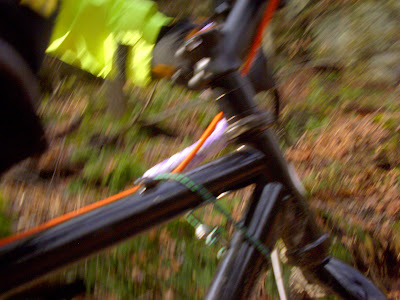 About a 1/2 mile before the terminus I tried to feed while riding only to have to stop and put my hydration pack on again and then stop again when my dried blueberries fell out of my jacket.  I realized that I should have picked up that top tube back from Brookfield Bicycle Center on Saturday so when I go to pick up the diSSent after it's checkout I might have to pick one up.  That way, I can put the camera, black berry, and snacks in there while the shoulder bag holds the more bulkier foods and I won't have to rely on the small back pouch of riding jacket that I usually can't get into while riding. 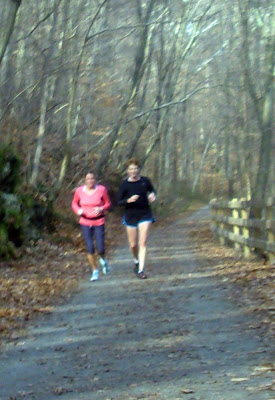 Got down to Taits Mill Road, turned around and headed north, stopping at the Kiosk to Tweet and take a Goo shot before starting again.  Took off the riding jacket only to find that it was the only thing keeping me warm since my long sleeve and under lying t-shirt was soaked. 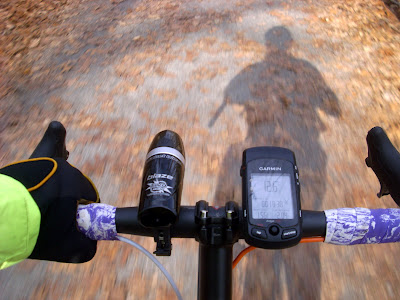 While the ride down to Taits Mill is a gradual downhill, the way back is the opposite but I had plenty of energy.  The one thing I realized is that it did take me longer than I expected to get down there but there were some issues that were issues that I don't think I would have next time around. 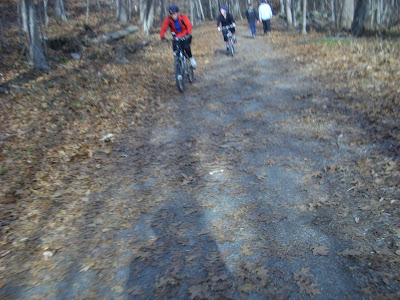 The ride home seemed to go quicker or maybe I was just in more of hurry to get home because it was taking longer than I expected.  I would say the most boring section of the rail trail is the Monroe Section, there is just nothing there except the old Station at Stepney, while the Trumbull section is fraught with history from Old Mine Park and Parlor Rock, to old foundations for the ice house at the old reservoir, the dam, and various roads that crossed the tracks along the way. 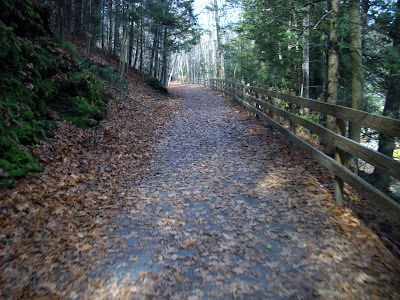 However, it's the Newtown Section that I like the most because there are still rails in place.  They will never hold a locomotive or a rail car but it's cool to think about the trains that used to travel on these rails. 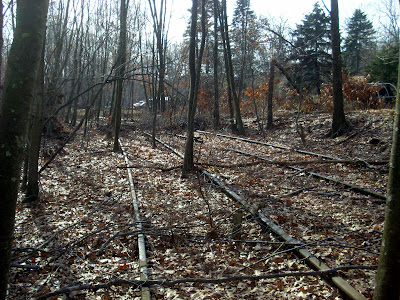 Not to mention, Botsford Junction, like Hawleyville was a major railroad intersection back in the day. 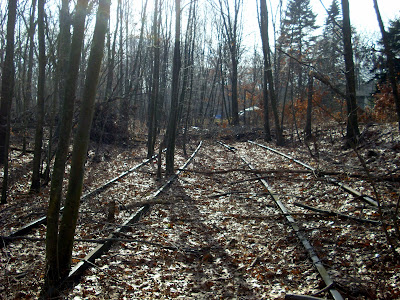 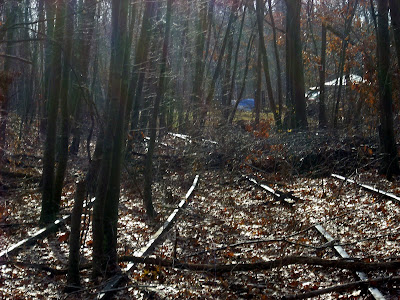 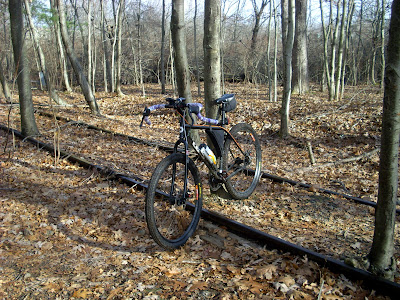