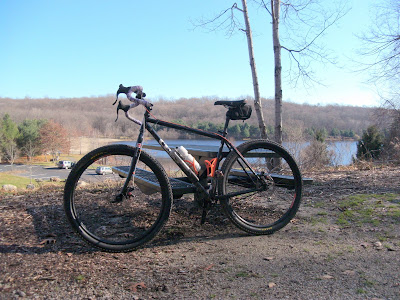 I really didn't feel like going out for a ride before the temperature got above 40 degrees so procrastinated most of the morning by doing the dishes, making sure the kids were fed, and even did a little a work and by the time it was warm enough to ride my daughter surprised me by saying she wanted to ride, too.  Loaded up the car and headed down to the Monroe Rail Trail.  This was cool because I would finally get to see whether my gearing would be good for rail trails and it was awesome! 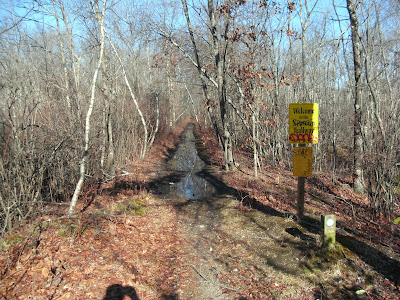 Heading up from Pepper Street, we ventured into the Newtown section of the trail which was really wet.  It just needs a few drainage nicks and it would be fine.  Guess I am going to have to suggest that at the next trails committee meeting.  Might be a good Boy Scout project.


If you are not familiar with Newtown's one and only rail trail, it is 1600 feet long, ends at a superfund site and can only be legally accessed from another town (Monroe), which is more irony that you can shake a stick at.  100+ Years ago, Newtown had 4 rail lines passing through the town and all we can get from this is a mere 1600 feet of an old railroad bed and one that still needs quite a bit of work.  I have ridden most of the the other road beds but they are not open trails, unfortunately. 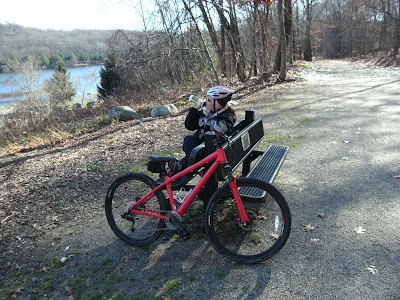 The Monroe section was much better so we road down to Wolfe Park, took a break and then headed back.

Thought I would try to recreate a scene in which I took a picture of Katie riding down this side trail five years ago.

Very nice! With 1600' you could build a bike drag strip. I bet Katie would crush you in a drag race!

How is the reach to the bars with the Woodchippers? Are you more stretched out or in the same spot as when you had your other bars on the Q-ball?

@MMcG Definitely more stretched out with the wood chippers and much better than the FMe bars.