Lost and Found and Lost, Again!

It's still light enough at 4 PM to see the trail but to get out of the woods you definitely need some illuminated assistance.  Glenn met me at my house and we rode over to Upper Paugussett.  There were a few cars in the lot, including the Hunter Dumper's van - he's the guy that I met awhile back who keeps a little porta-potty where the back seats would be and when I first met him he was taking a dump but I didn't realize that was taking place after striking up a conversation with him. 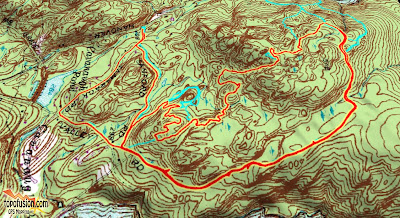 Part way up the Brody my left crank arm fell off!  You might recall this happened to me when I first bought the Kona and I guess after 100 miles of riding the bike I probably should have checked it again.  No biggie really, just put it back on and off we go and not a minute later up the Poly we ran into the Hunter Dumper walking down the trail.  When ever I am riding in the woods during hunting season I see his van or run into him on the trails but he never seems to have shot anything. 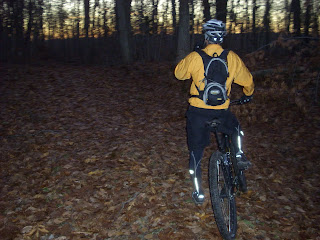 Just as we were nearing the start of the Gussy, Glenn's phone rang and it was Paula calling from the lot saying she was here, so we turned around to go back to the lot to get her and while en route I noticed the crank arm coming off again.  Glenn went ahead and this time I tightened even more - it held for the rest of the ride. Came across another hunter walking back to the lot with his wife who was wearing blaze orange but unarmed, now that's devotion.  Met up with Paula and Glenn in the lot, turned around and headed back up the Poly Brody. 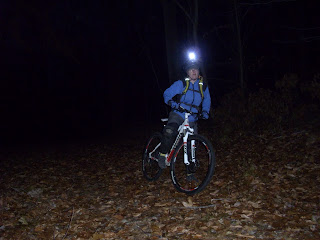 I was still able to see without lights but turned mine on when we started climbing the back hill.  Paula and Glenn had newer lights which are much brighter than my old school Light and Motion Solo Logic.  Might have to pick something up to supplement the illuminated riding experience because as long as there isn't 3 feet of snow on the ground I am going to keep riding this way until Daylight Savings kicks in again. 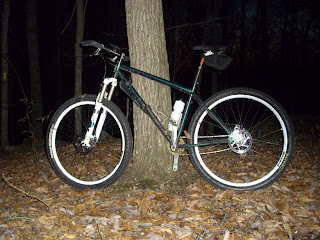 Glenn hit all the stuntry along the way while waiting for Paula.  She was a little skittish in the dark riding her new bike with Big Girl Wheels, in fact we were all on big wheels:  Glenn on his Monocog, Paula on her Superfly, and me on the Kona.  Along the way, I found that beer can I lost last weekend and then lost it again.  It will be a good test to see who ever else is riding the Gussy to see if they are considerate enough to pick it up.  In a way, I hope it's still there for the next time I ride through because it's worth some money! 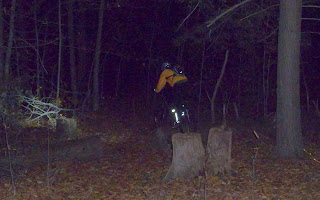 It was perfect riding weather, albeit a little cold in the upper 30s, but the cold temps and the dark night felt great for riding.  Afterwards, he went back to my house and finished off the rest of my 'Gannsett Porter Tall Boys.
at 4:19 AM