Afternoon meetings got canceled at the last second so I headed over to Waldo for an afternoon ride. Met a few friends, one of which brought one of his dogs.  Cute dog but there is nothing worse than getting stopped in the middle of a climb because your tire is about to come into contact dog ass.  It's not the crap I am worried about more like hurting the pooch, and he dropped a beauty off trail.  Funny how dogs know not to crap in the middle of trail and yet equestriennes seem to leave their crap all over the trail; 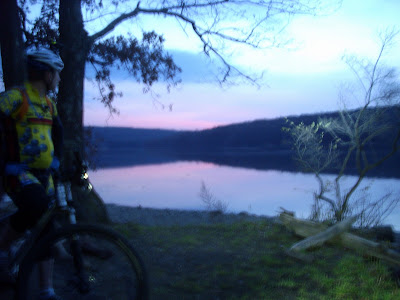 Got down to the water's edge just in time to see the last bit of color from the sunset fade from the horizon.  From then on, all riding required illuminated assistance.  The beer in suit case from the pickup at the parking lot belong to the dude having a bond fire at the water's edge.  He wasn't very chatty, was it because he knew he was breaking the law, or the six pack he already consumed.  Weird. 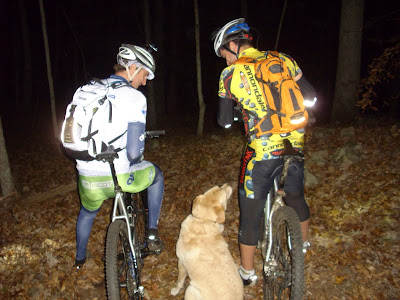 That dog was a tick magnet.  They were pulling ticks off him at every stop.  I am glad I sprayed copious amounts of bug repellent on me before taking off. 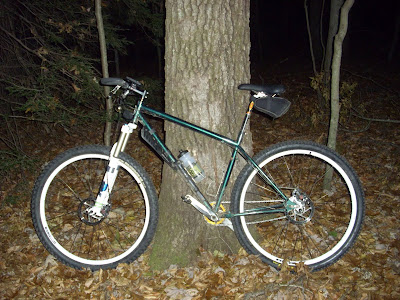 I finally noticed that the Kona is starting to feel heavy!  I really need to weigh this bike but and replacing the Carver Carbon Fork with the Fox only added more to the weight but the bike rides beautifully so I am not complaining.   Might have to the do the old switcheroo and shift the Fox to the diSSEnt and put the Manitou Minute on the Spot, however I really want to get a new fork for the Spot so I can use OEM stem I got with it. 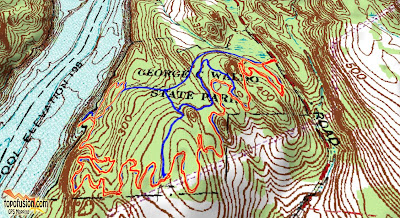 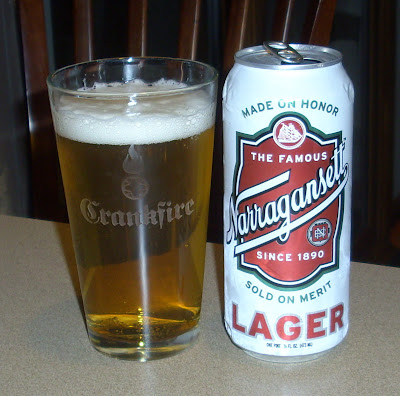 So far, the Narragansett beer that I have been getting from Trader Joes is batting 1000 so after the porter I tried the Lager and this is a really good beer.  I hope they make a 40!
at 6:00 AM