Enough was a enough, I needed to get out for a ride.  The fact that I haven't had power since Sunday has been hampering my riding activities because the thought of lounging around the house post ride still sweaty is just not that appealing.  If you have been following the events here on the east coast and it seems that the local power utility that services most of the state greatly under estimated the potential impact of this storm and has been rather slow to get people's power restored. 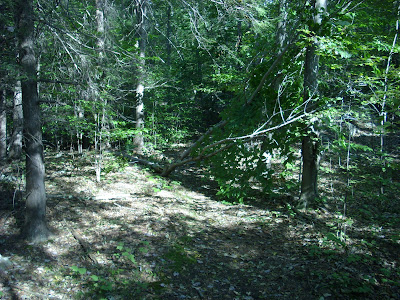 Today, I figured I could set up some sort of make shift outdoor shower.  Took the usual route and found that there are two significant trees down on the Poly Brody that will need some chainsaw time to fix, but will make pretty good up and overs for the time being once I get back there with a handsaw.  Beside a lot of new sticks and medium sized branches littering the Gussy Trail there are three pretty good blockages on the trail that will take some work to deal with. 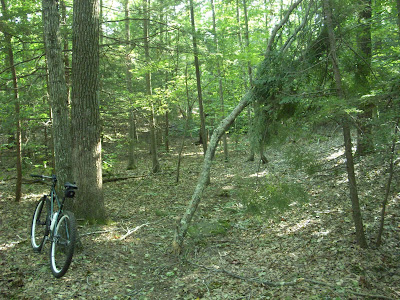 Some, like the one above were easy to deal with but the one in the picture below will take some work. 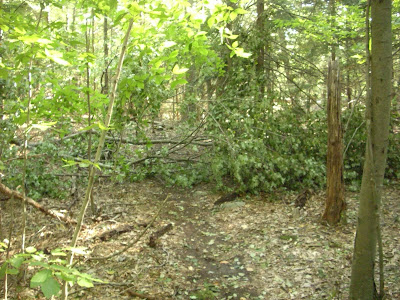 Looks like there will be many new up and overs on the Gussy Trail. 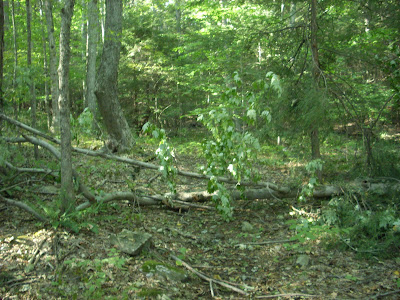 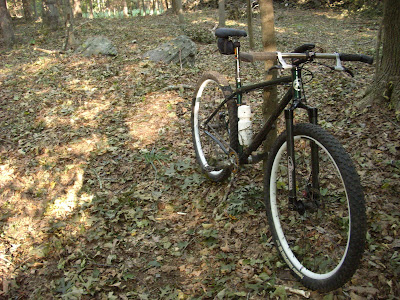 The Cleavage needs some work, too! 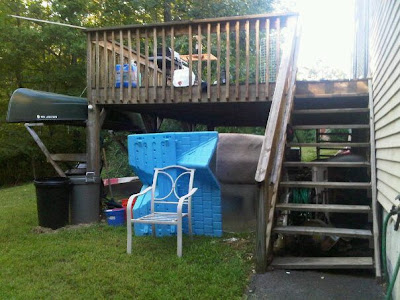