CT NEMBA's Bikes, Brats and Beers Ride was held on Saturday and it was AWESOME!  We had 15 riders show up for a fantastic 2 hour tour of Rocky Neck State Park, which by the way was holding up nicely after a hurricane and a tropical storm in the past two weeks.  This event came about while I was vacationing at Giants Neck earlier this summer and after settling in at the beach house I went out to the local Packy to see if I could find some BBC (Berkshire Brewing Company) and while the closest Package Store (Divine Wine) didn't carry it, ironically, the owner had been contacted by the local BBC rep about stocking BBC. 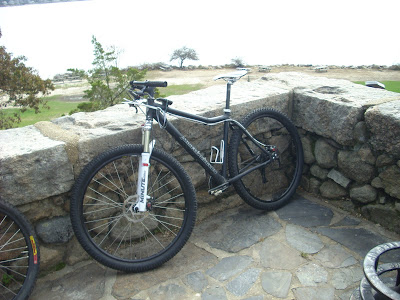 Thom Lamourine, who is local to the area (lives right around the corner in Old Lyme) and a complete bike mechanic wizard and whom I spent a lot of time riding with during the vacation, and I got to talking about trying to do a Mountain Bike Ride event coordinated with a beer sampling (BBC of course) at Rocky Neck.  Since Divine Wine is located across the street from the trail head at Rocky Neck, it was the perfect set up!


Rocky Neck State Park might not be the most challenging of riding locations in Connecticut but it certainly is fun.  We had 15 riders in our group ranging from Free Riders riding monster free ride bikes to rigid singlespeeders on 29er wheels.  Just about every type of bike was represented on this ride, including a full suspension 650b from Jamis! 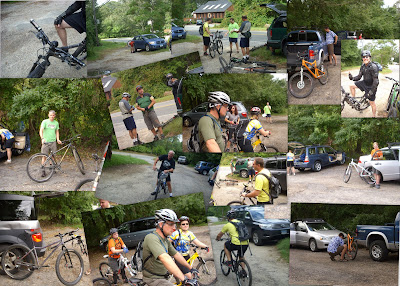 I was really surprised with the turn out and where everybody came from.  We had people from the western part of Fairfield County (Shelton & Newtown), Oxford, South Windsor, Deep River, Rocky Hill, Middletown, Brewster, MA (I think he was vacationing at Giants Neck this week), and a handful of local NEMBA members! 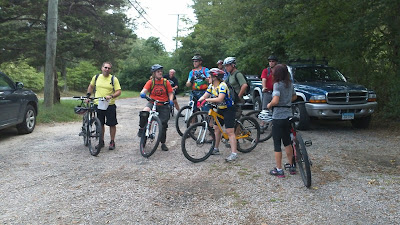 Steve Eldridge (l) was our ride leader who, along with Corey Stiff and Thom Lamourine, are local CT NEMBA Trail Ambassadors and did a phenomenal job opening Rocky Neck State Park after Hurricane Irene and getting ready for today's ride. 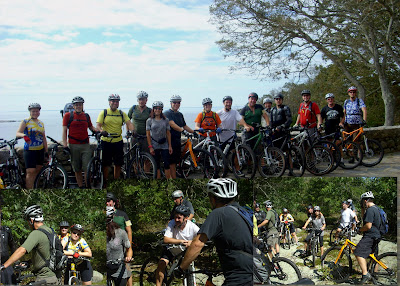 We rode just about everything there was to ride at Rocky Neck.  On the Red and White Trails there were quite a few blow downs and with this big group of riders coming to a halt at the obstruction it looked like a conga line of people trying to get around or under the blowdown. 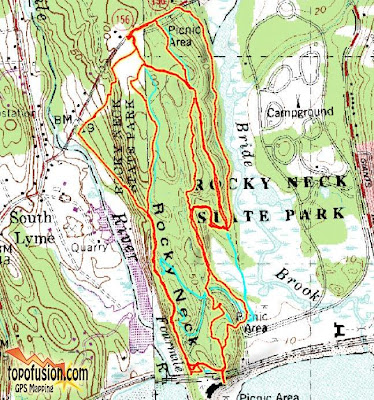 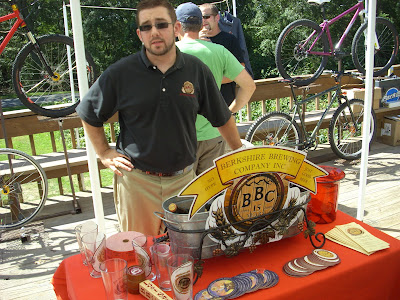 After the ride we were treated to a beer tasting supplied by my favorite brewery, Berkshire Brewing Company!  We also had frankfurters and bratwurst to go with the beer at the same time drool over hand built bikes from a local bike builder, Andrew Watson, Watson Cycles.
at 11:06 AM