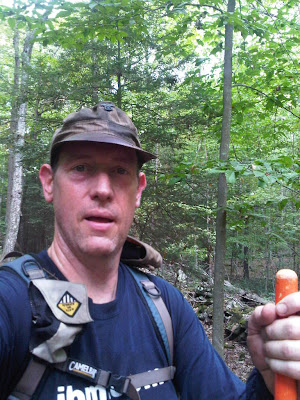 Rather than riding on Labor Day, I decided to hit the Gussy Trail and do some trail maintenance to clean up what came down due to Hurricane Irene. First I headed over to the Cleavage and cleaned up a blow down there. Then I went back up the Gussy raking as I went. At the double stream crossing I improved the armoring because it had been nagging me and then I continued to the blow downs past third crossing. 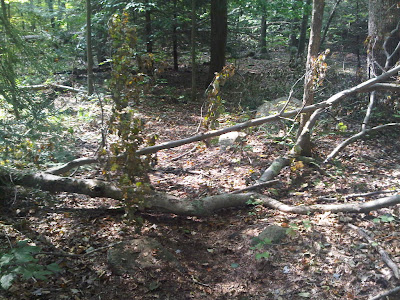 I chopped the branch that was sticking up and decided to leave the rest of the blow down as is and build an up-and-over on it. 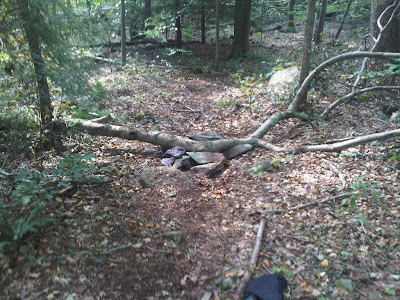 I found a pretty good nearby rock mart and started dragging rocks over to it. One thing led to another and I basically built a ramp over this little log. 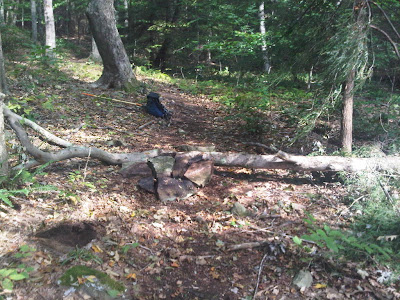 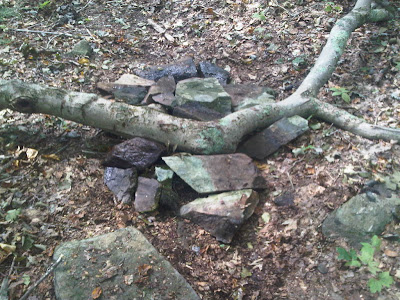 I wanted to tie this nearby rock into the feature and make it like a rock skinny over the log but I couldn't find the right rocks to do so. 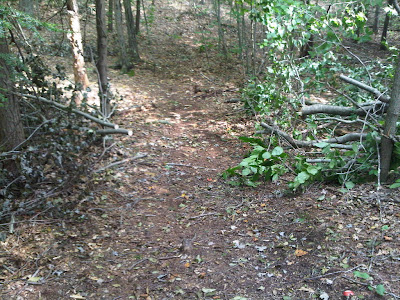 I was amazed to find the last blow down already cut up. Who ever did this, I thank you! I thought I was going to have to re-route around it. 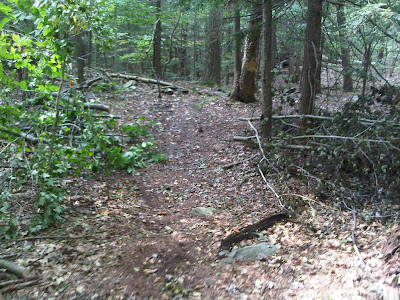 There are still two blow downs on the Poly Brody that I am going to try to get to later this week if the State hasn't already dealt with.
at 9:51 PM