Never leave home without one 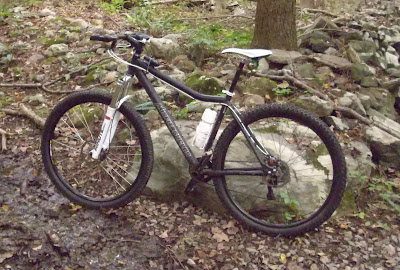 That is a hex tool.  Shortly into a Friday RAW at the usual stomping grounds my right grip came loose.  After Wednesday's debacle I decided to try flat bars and ergo grips on the diSSent and immediately figured out what I don't like amount them, they're positioned too high.  That's mainly because I left a lot of steering tube on the fork so as not to limit myself for future applications.  So, I am definitely going to lower the stem at some point to see what kind of difference that makes. 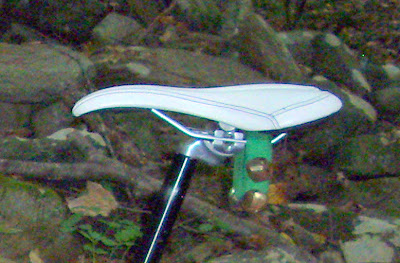 While hunters usually aren't out and about in the evenings, you never know so if my creaking seatpost and handlebars weren't enough to announce my presence in the forest, how about some bells, too!  Another issue I discovered was that my right drop was loose which explains the problems I was having on Wednesday and at Rocky Neck for that matter, too.  As long as I rode in a seated position I was fine but coming out of the saddle and not having enough weight on the drops meant it would pop out of position.  That is the biggest flaw of the diSSent is not having a built in tensioner like my Kona has.  The Steel frame has them but I don't know why the Aluminum frame does not.  I am tempted to try the Steel frame but have heard the bent top tube has a tendency to break. 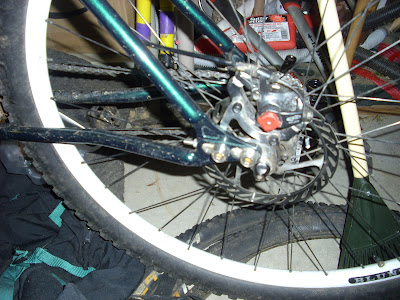 Still, I was able to ride out on my own power.  Wasn't perhaps the best of rides but at least it was a ride and I got some things accomplished, like cutting some branches on one of the blowdowns on the Poly Brody so you don't have to ride around it.  At some point, the state will probably cut it up to make the road passable but for now you don't have to use the go around.  And I did find a new skinny right off the PB, with a little work will be fun to include on the route. 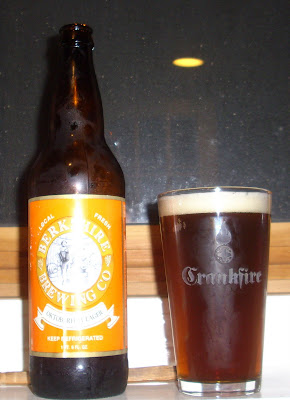