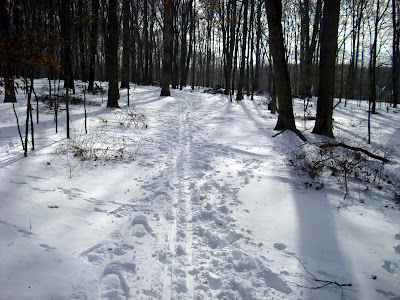 Met up with some friends whom I know through mountain biking and rather than trying to ride in the snow we went Cross Country Skiing at Newtown's Fairfield Hills Campus, which happens to be a former mental hospital that the Town took over after it's closure.  There were some tracks already made that we used and we busted some of our own.  The Green Trail up by the water tanks was awesome because quite a few people had already been through there. 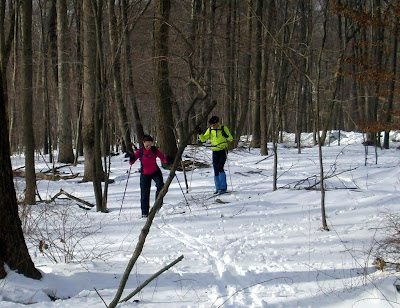 We met at the cul-de-sac at the end of Cochran St took off skiing through all the fields counter clockwise with the intention of heading up towards the water tanks.  Since the Town Trail was plowed we skied through the woods on both sides of the trail and actually found an old trail that paralleled the town trail near the top of the hill. 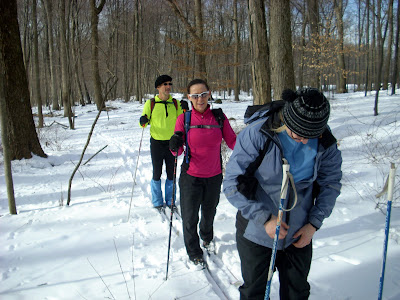 There is a trail marked with Green Blazes that goes to the end of the ridge and then circles back.  I think this trail is a horse trail or used by horses.  It comes back to the water tanks and then it appears to fork and head down the hill towards Wasserman Way.  There were three different markings on this trail including more green blazes spray paint blazes, orange engineer tape, and reflector tabs (but not enough for mountain biking at night if that is what you are thinking).  We followed this trail till we hit the fields and then headed back up towards the tanks. 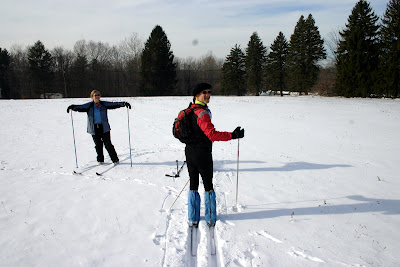 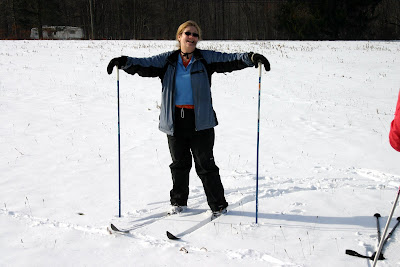 Getting back to the car the first thing I checked was my GPS to see how far we had gone but found that it had turned off.  I was pissed!  I knew I should have brought my Garmin Edge.  I am going to have to go back and redo what we skied with the Garmin to see how far it is.  Also, the next time we get a big dumping of snow, I am definitely coming back here to cross country ski! 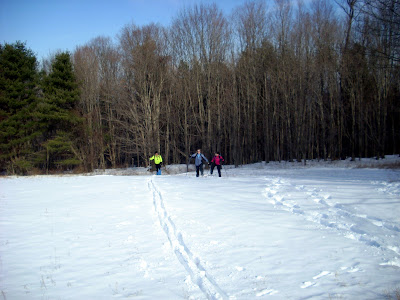 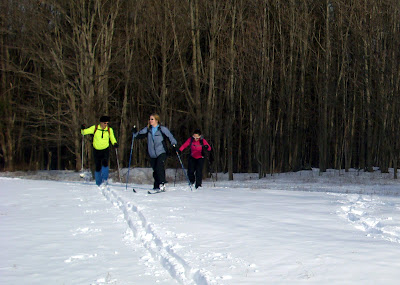 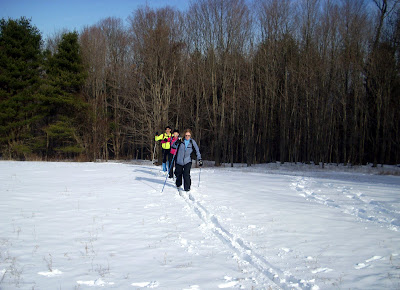 Here is the approximate route we took.  I used MapMyRide to map it out.  There are, however, two road crossings and you also have to cross over the paved trail heading up to the water tanks.  In order to minimize the road crossings it will cut out some of the big fields that are fun to ski through.  I hope, at some point in the future to create a marked XC Ski course here. 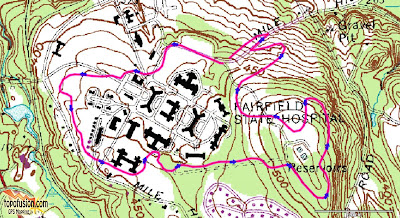