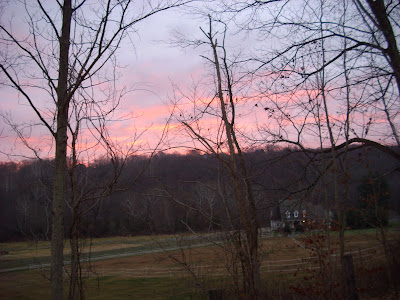 It seems after Sunday's little endo I might have strained my hamstring because it's extremely difficult to lift my leg.  I thought riding to work would be OK but I figured riding fixed would not be a good idea so I decided to try the notion of the flip-flop hub and ride the freewheel.  They say, all you really need is a front brake.  Well, I was going to put that to the test on this ride and see if what they say is correct. 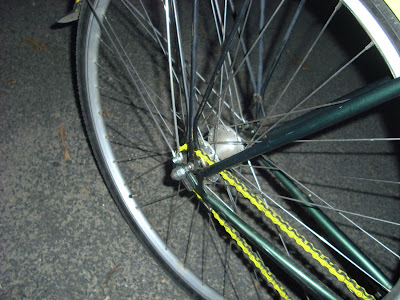 It was nice coasting for once and the Stinson was just as smooth as ever.  As I mentioned in my initial post, some guy in blue or black sedan almost ran me down on Pond Brook Road, like he was late for a fire.  After he sped away, probably going 50 on the dirt road, I heard the sirens coming from the direction of Hawleyville.    Blue and red lights through the thicket told me all the hubbub was at the intersection of Currituck Road and Route 25. 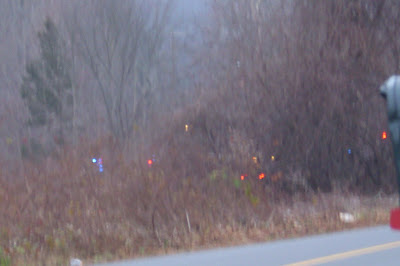 Riding up and around the road block, one advantage about being on the bike is that I was unaffected by the road block I saw that a black SUV was rolled over.  That sucks and it looked the driver was taken to the hospital.  As for riding with one brake, I didn't notice any change to my stopping power.  So they are right, all you really need is the front brake. 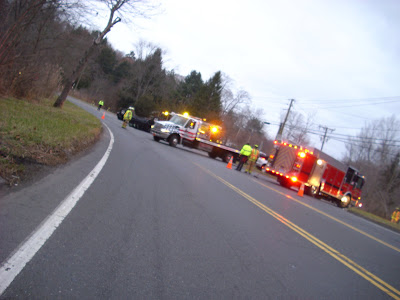 Around 2 PM I ran into colleague from work who just came in the building to say that it was pouring rain.  The Weather Channel had predicted no rain until this evening but I prepared none-the-less, so the red sky this morning was actually a good warning.  I had my cycling rain jacket, cover for my handlebar pack, but I forgot my rain pants.  I put my laptop into a FedEx bubble pack in case the Timbuktu bag didn't live up to it's expectations.  The unfortunate thing was that I couldn't leave until 4:30 PM so when I did finally get out, it was already dark. 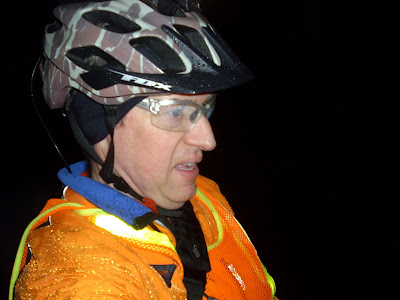 Having never ridden in steady rain before my biggest fear was slipping or not being able to stop in time, especially with one brake and not riding fixed.  However, those fears were never really put to the test because it was actually a nice ride.  Even the passing motorists seemed to take the wet conditions with a little more caution and were not quick to pass on blind bends and give me plenty of clearance, which people do pretty much regularly now.  My fenders were finally put to the test and the they worked handsomely. 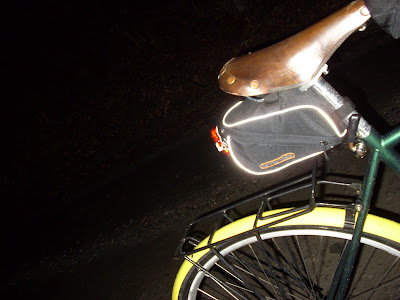 I can now say that I am no longer a fair weather commuter! 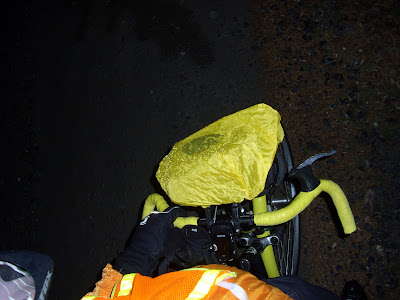