Monster Cross in the Paugussett

Frigid temps all week and having to work at another location meant no saddle time for me, that is until I got a narrow window of opportunity sandwiched between dropping temperatures and fading day light.  I hopped on the Qball Monster as soon as the wife returned from shopping and rode over to Upper Paugussett State Forest where I was meeting my friend Rick for quick loop in the forest.  After riding the Qball at Huntington State Park two weeks ago, I have been eager to try it out here since I ride here pretty regularly being so close to my house and the trail I built would be perfect for this bike.
Since I was rolling a little early, I decided to head in off of Sanford Rd and take the Gussy trail over to a connector trail that leads to the Parking Lot at the end of Echo Valley Road.  This would be a good test of the Qball to see how hit handles on sustained climbs on this part of the Gussy Trail and I have to say it did pretty good.  It did really well but I am still squeamish going over logs without a rock ring so I hopped off for one that I know that I always hit.
Rick showed up right at 3:45 and it took him a few minutes to get ready.  While he was doing that a dog walker returned from his walk and said that he was thinking about going riding today (on the road) but felt it was too cold.  He said he completed a Ride Across America this summer, 3,700 miles and said it was a blast.  He said he averaged 80 miles a day which must have taken him 40+ days!  I wouldn't mind trying that sometime.
As I was riding up the Jeep Road to the Gussy Trail head I heard what sounded like a pair of dirt bikes riding down Sanford Rd and then I got a glimpse of them but they were ATVs!  It looked like the same ATV that I saw further up on Echo Valley Road last weekend ride up the embankment at the gas line heading towards the old railroad bed.  When I got over to the parking lot at the end of Echo Valley Rd, it looks like they came up the drive and sniffed at the gates but decided to get out of there.  The other thing I noticed as they rode by is that they stopped somewhere further up the road, as if they were contemplating trying to penetrate the forest at the McKenzie's property, which has an old driveway that leads into the back part of their property but never enters the forest.  Even if they went in that way they would hit the Blue Trail or the horse trail but there was no sign of them while Rick and I were riding on the Forest Road. 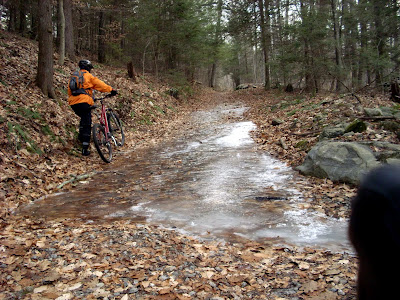 Rick and I headed down the Brody and immediately encountered a runty pitbull or some sort of angry mix of a dog that was a cross with a basset hound.  He looked mean but the stumpy legs made the dog look ridiculous.  At the split off the Brody it was pretty iced over but this section is pretty much always wet year round and freezes in the winter time.  If you had studs on this would have been the only place you would have had to use them.  It was easier just to walk.
The rest of the ride up to the Gussy was uneventful except for the fact that one thing I noticed on the Qball was that knobbies were really grippy while climbing the back section of the big hill compared to the last time I rode through here on the Qball on my Turkey Burner Exploratory Ride where I spun out due to no traction in the leaves riding on 45c tires.  What a difference.  And this bike really climbs!  Riding the Gussy was great, the bike performed excellently on just about everything.  I stayed off the log rides and the real big rollers but the 29er wheels really proved their capability in the technical sections.  The one thing I did notice more of today is the ride position while descending.  A shorter stem would probably make a big difference in the Single Track and probably wouldn't notice it on gravel but I won't get that far when I try a new set of bars that are under the Christmas Tree at the moment. 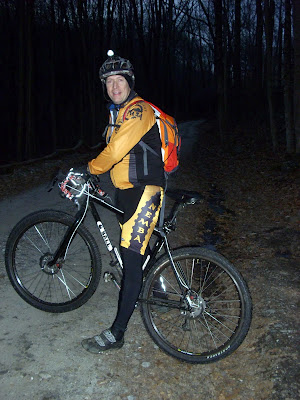 Back on Sandford Road, Rick took a picture of me.  I was pretty warm, in fact sweating with a thermal, long sleeved cycling shirt and short sleeved cycling jersey over all that and then my NEMBA TA jacket over that!  I rode with the lobsters and brought the head light along just in case but it was unnecessary.  Even at 4:40 pm there was plenty of light.  Although, on the ride home I did turn on the light because I was riding on the road and wanted to be seen by cars. 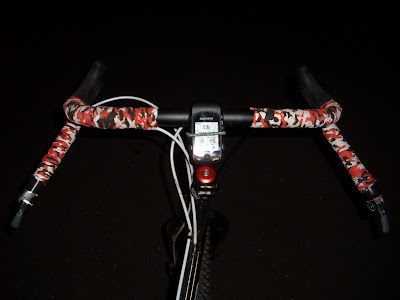 On my ride two weeks ago at Huntington, the release tab on the Edge mount broke off taking the device out of the mount so I put a bungee cord around it for today's ride, which was unnecessary.  There is a catch on the locking mechanism that was still intact that I noticed when I mounted it earlier but kept the bungee on for good measure.  Getting it off was another story.  I needed a small flat head screw driver to release it.  I am getting tired of replacing these mounts every time this little tab breaks.  I am going to see if I glue something on to the release or tie some fishing line onto it so that it could be pulled down and release the unit. 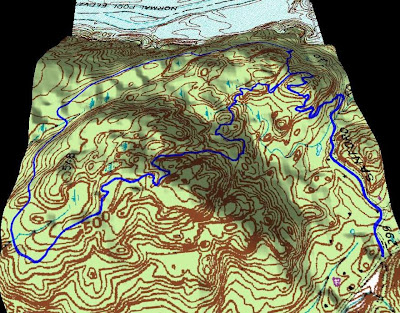