I knew the Pequonnock River Valley would be excellent Monster Cross terrain and I had a most awesome ride today.  Granted, it was a little cold and snow squalls from time to time but nothing really sticking.  Trails were really good and dry.  A few frost heaves here and there but otherwise perfect.  Riding the Qball was excellent, the all steel frame absorbed the vibrations of the rough trail running the 2.3 x 2.25 tire combination and the steel frame did the rest.  It's funny, after almost six years of riding this bike and over 1000 miles the best ride comes in the configuration when I first started out.  Granted, I must admit that back then I didn't know the difference but now I do! 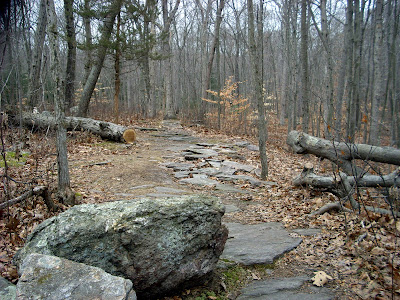 I was surprised to see this up-and-over ruined.  The main section was cut into two pieces and rolled down the hill!  If anything, cut it and make a skinny!  This was perfect skinny wood and it was ruined!  It was such a shock to see this wanton stupidity, I felt like Bluto when the movers dropped the case of scotch on the ground

Below is a picture I took last August when I found this blow down with rocks already piled on both sides to create a real nice up-and-over.  Sometimes I just don't understand people.  You could have cut it on one end and maybe on the other and pivoted it so it would be perpendicular to the trail and you would have a really nice feature. 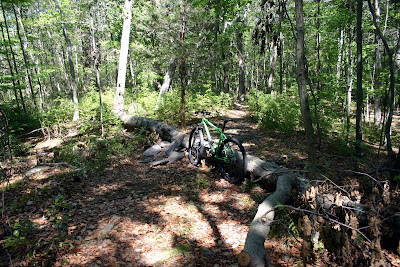 You mean, you couldn't police up your own coffee cup?  Are you kidding me?  Ban the hikers, I say! 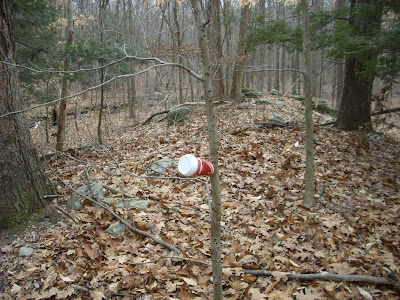 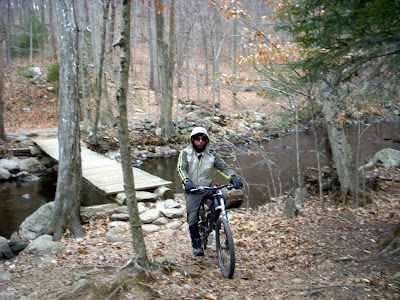 At Coyote Crossing this guy rolls across this Darwin Award Recipient rolled across the bridge.  He was riding like he had something else in mind.  As he road by me, it looked like he was wearing handy man dungarees and he had some sort of tool sticking out of his thigh pocket, perhaps an electric screwdriver?  I wonder if he is one of those illegal ramp builders.  If you can't build something fun with natural materials don't build it all. 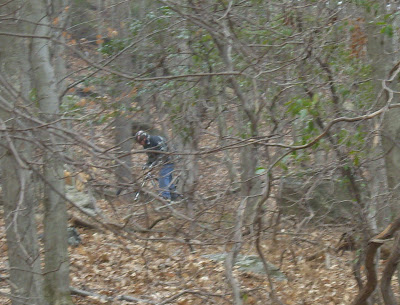 I think the guy above is John Wilkins.  There were four guys riding up the red trail as I was coming down the yellow but it wasn't until I looked at this picture closer that I think I recognize the guy above. 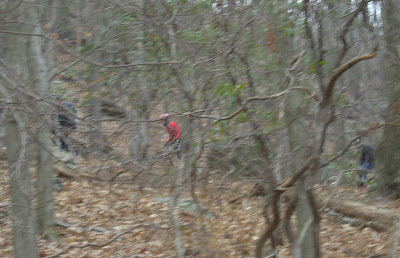 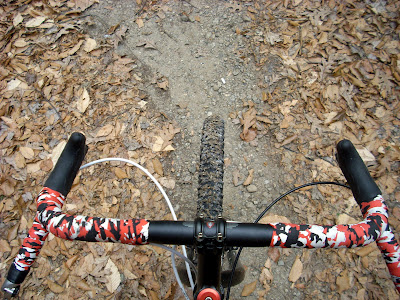 Trumbull Slick Rock takes on a whole new meaning when your tires have ice on them.  The bike slipped out from under me riding through the wave rock.  It was a really weird.
at 8:23 PM