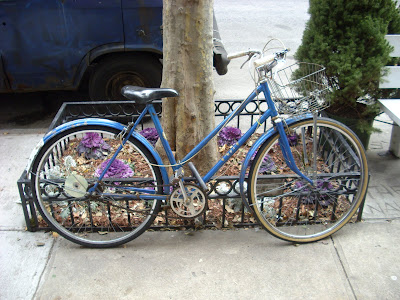 When I first saw this bike and I saw the BSA head badge my first thought was Boy Scouts of America?  No way!  But after doing a little interwebs research BSA really stands for Birmingham Small Arms Company.  According to the Wiki article, BSA was sold to Raleigh in 1957 and by judging from the cranks, this bike hails from the early 1970s. 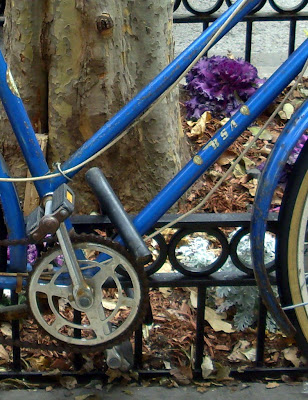 Reminds me of the bike I rode when I live in Germany.  It was my second bike, my first one which was on loan from a neighbor was stolen outside the Blackout Discothek in Ploen, Germany one night.  I loved that bike, it was my first gravel grinder styled mountainish bike that I rode everywhere when I lived over sees.  My consolation bike was something similar to this BSA.  Ahhh, the 80s! 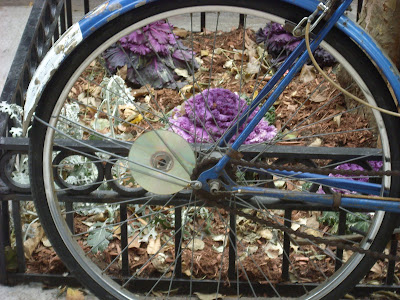 Is this a new fashion statement, CD Spokecards?  Does anyone use CDs anymore? 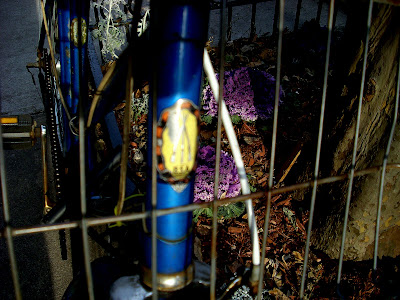 The head badge is cool but didn't quite come out in this picture.  It shows three muskets at stack arms.
at 6:39 AM