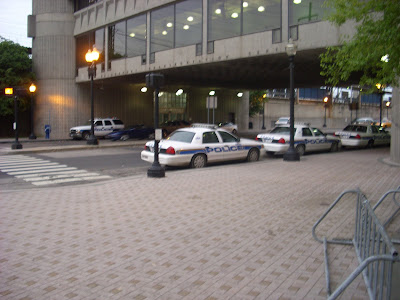 Despite the heavy police presence, CT Counter Terrorism Unit, TSA, and a bevy of other three lettered agencies on the ground at the Park City Metro North Station my Thule Side armed bike rack was stolen off of my car. Of course the heavy police and counter terrorism presence was on the train platform and not at the parking garage and thus with so much attention focused elsewhere someone had the audacity undo all the bolts and make off with my rack. I checked Craigslist and found nothing matching my rack.
At least the bikes at the Bike Rack were safe! A new addition amongst the regulars, a rattle can jobbie with funky grips. I have to hand it to these guys because today I got to the station at 6:30am and these bikes were already here. 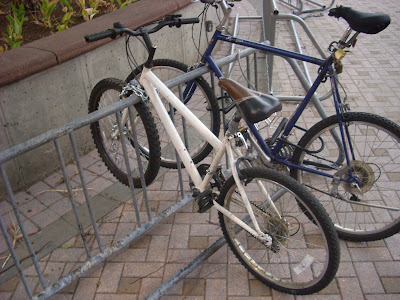 The usual suspects were at the Rack, the Toponga (foreground) and the Panasonic (background) in the background. 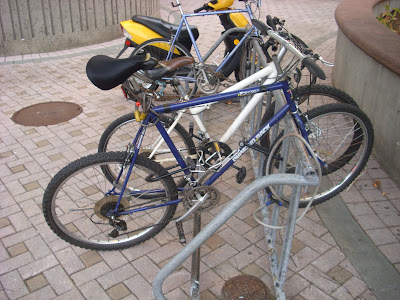 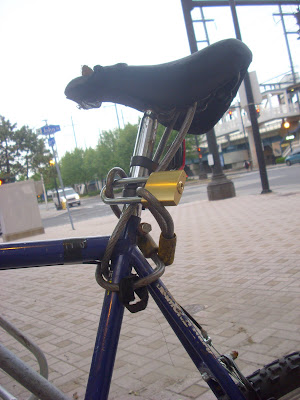 Something I haven't noticed before but the Topanga is an anti-theft saddle device. Looking back at previous posts it appears that it was always there. 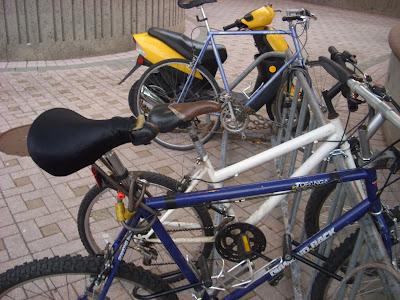 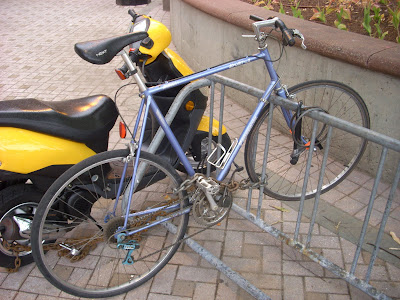 Of course the Panasonic is always intriguing. It has a blue PIA derailleur, BMX pedals and a NEXT saddle. 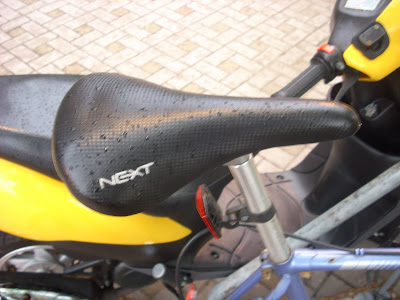 I love the ghetto bars with electrical tape grip and oem brake levers that probably came off the drop bars. 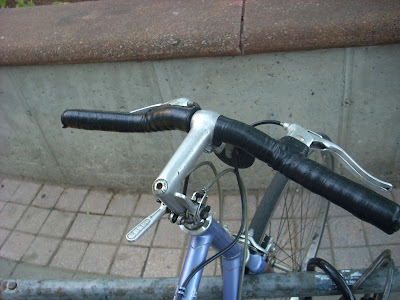 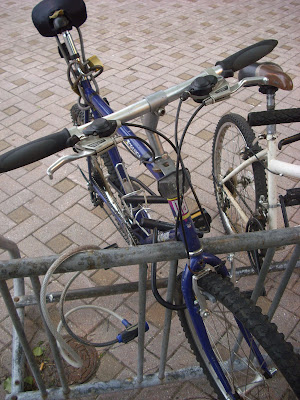 Funny how the Topanga has a nice mountain bike front brake and a crappy side pull brake in the back. 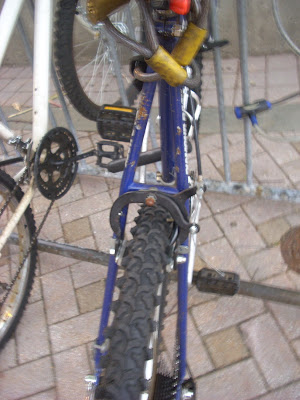 A late edition to the party was this mountain styled bike found in most discount stores. Probably another rattle can job whose owner might not have gained possession of this bike through legal methods. 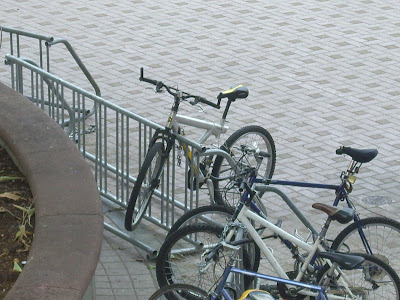