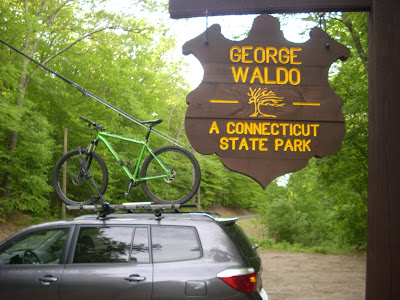 Went Waldo SP on Sunday it was a beautiful, crisp clear morning with a slight breeze and around 60 degrees. Tren met me around 9:00 AM but since I had gotten there early, I knocked out a quick warm up lap. After working on the Dillinger a bit over the weekend I have localized the noises that I am hearing to two places. The creaking noise is coming from the head of the bike.
My guess is that it has something to do with the fork, the headtube, or the headset. I think I had that noise even with the rigid fork so my fear that it's something to do with the headtube, because the sound reminds me of aluminum cracking. I tightened things up on Saturday and it was good but when I started really using the bike it started again. I could also be the star nut. As for the EBB, that seems to be a different story. replacing the pedals doesn't seem to make a difference (never thought that was the problem in the first place) so it's either the BB or BB Shell is ovalized. 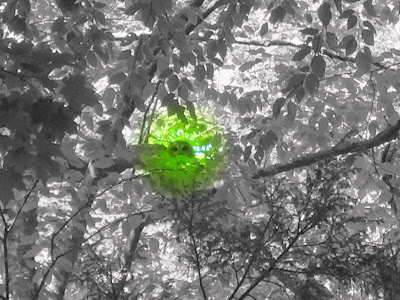 As we were getting ready there was some hooting off in the distance and half way into the trail Tren spotted this big Barn Owl checking us out. If owls have territories and they cover a few miles this could be the same owl I have come across for the past few years in Upper Paugussett State Forest. 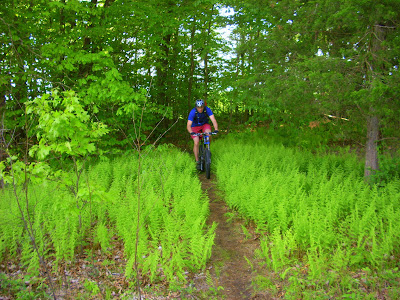 The Where's Waldo Trail is a NEMBA trail built by Paula Burton a few years ago. It's about 2.5 miles long and is very flowy and swoopy. I helped out with it's construction. It's a nice little trail that if ride down, then up the fire road to an existing hunters trail and then ride the upper section in reverse you can get a 4 mile out of it. Do that twice and you got eight miles. What I like about it is it's proximity to where I live, 10 minutes by car, so that if I am burnt out on Upper Paugussett and I don't feel like driving to Huntington I will come here. 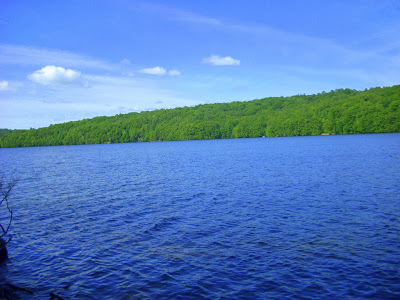 A visit to the shores of Lake Lillilohnah is always a nice little brake when riding Waldo. This is a popular place for picnics by both people using the park and boaters. It looks like there might have been a little drunken soirée evidenced by all the empty beer bottles and cans that some one put into an old garbage can but neglected to take with them. This is also a popular fishing location by bucket fishermen. I found this knock-off multi-tool underneath this log that somebody must have dropped, probably fishing at night, and put it into my pack. 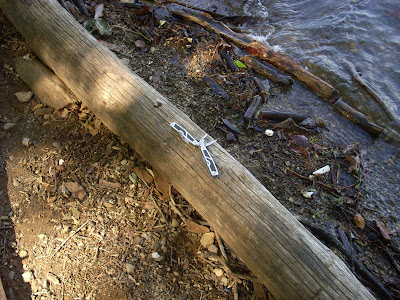 A few vague references to George C Waldo on Google Books make note of him being a writer and publisher from Bridgeport. Not a terribly famous person per say in comparison to the nearby State Park of Collis P Huntingon, whose namesake actually owned the property and was one of the four people who started the Central Pacific Railroad and responsible for building the Transcontinental Railroad (according to Wikipedia). 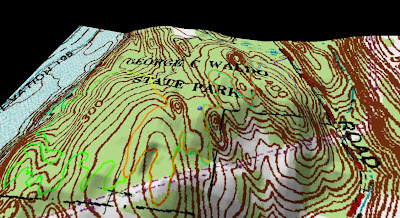 Great photos.......looks like another awesome day on the bike.