Katie and I got up around 6 AM and headed down to Norwalk a little before 7 AM. Temperature up where we live was a bit cooler on the coast and it was very foggy. After registering we met up with Katie's Grandfather who was working the communications tent. Apparently, the local Ham Radio operators get together and provide commo to the event with the sag wagons. Of course a cell phone would probably work just as well but it's cool to see this being done via local push. 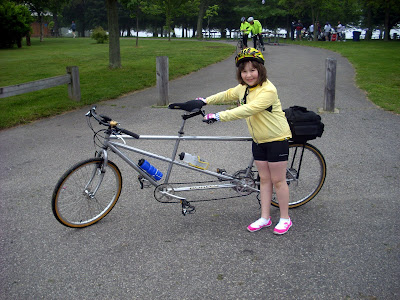 We met up with my father and his girlfriend and then we were off. Unfortunately, while our training paid off in spades, my father didn't do any prior to the event. Katie and I were able maintain 12 to 15 mph to my father's 6 mph. We tried riding with them for awhile but we started feeling the need for speed and took off. 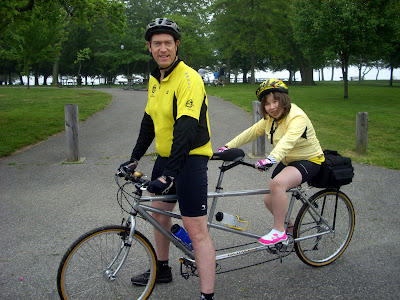 Along the way, we passed a distant relative to Barney. This woman was just plodding along. I think my father passed her as well. 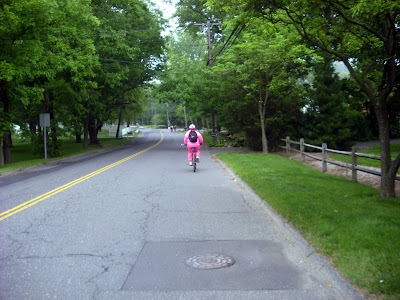 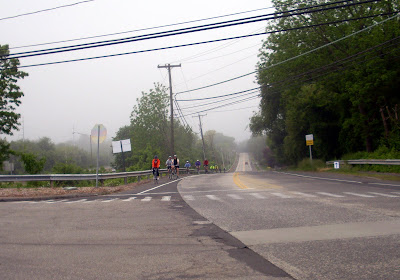 We hung out waiting for my father catch up. 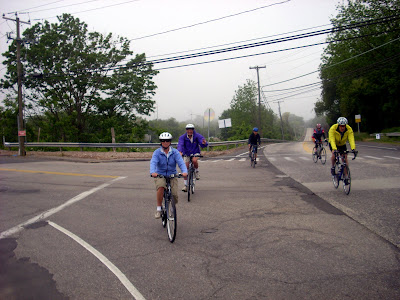 My father and his girlfriend, Peggy, caught up to us. We let them get a little distance on us before we started again but we quickly caught up to the them and passed. 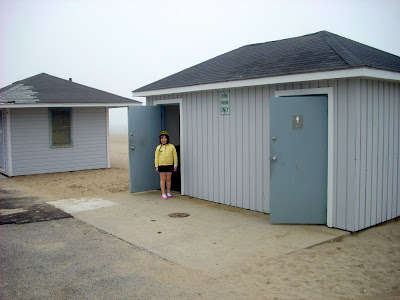 The bathroom break was a little skeevy, Katie wasn't going to try. 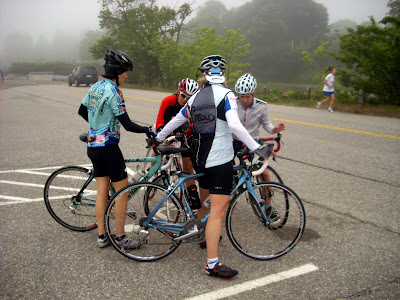 It seemed that this beach was a popular stop for all. 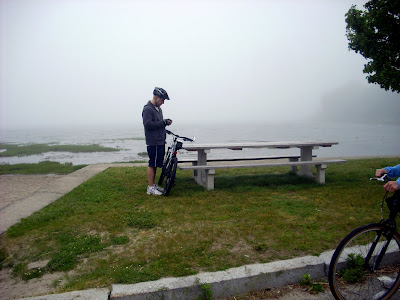 There were a few mountain bikes 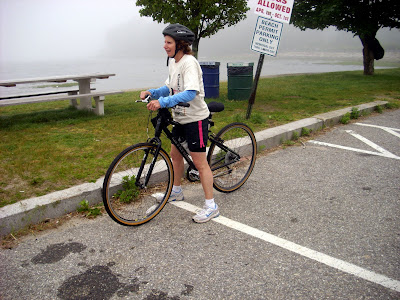 Quite a few comfort bikes
At the split off for the 75 & 100K routes we took a break. Katie used the restroom at this little grocery store while I bought some snacks. This was the halfway point and I should have held off on this because of the smörgåsbord of food offered at the Food Stop. 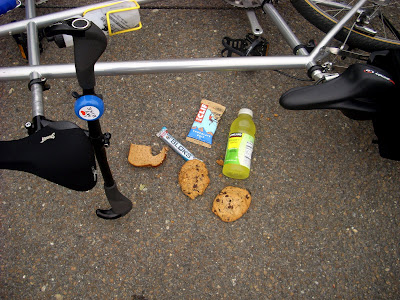 Food Stop! The booty was awesome. 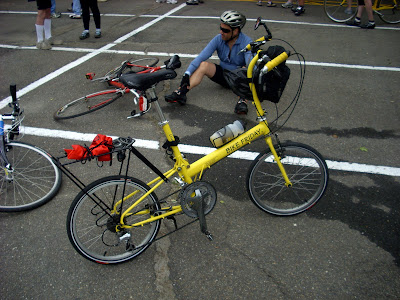 There were quite a few folders and all of this manufacture. 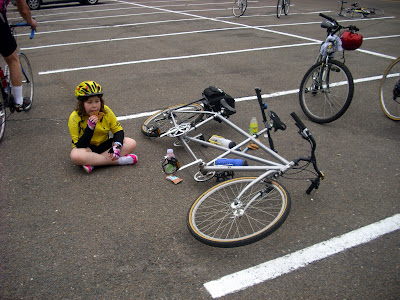 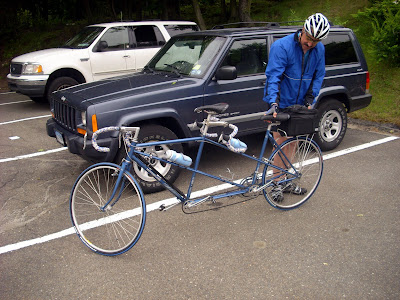 There were a few tandems, too. 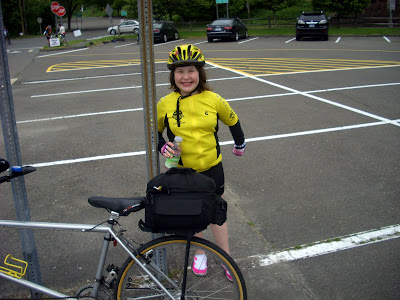 Last wait stop for my father. 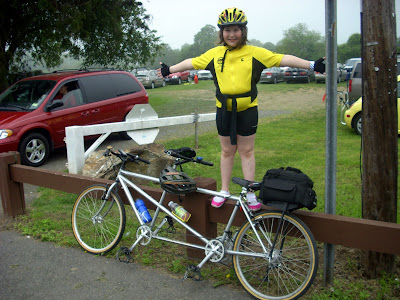 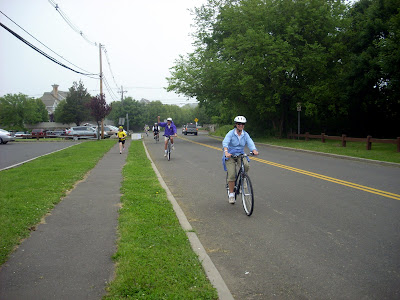 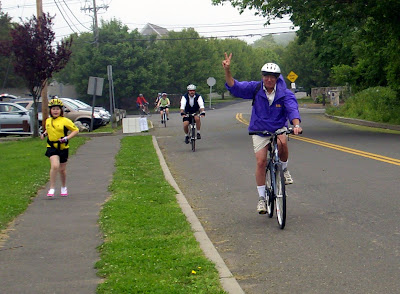 And my father closely behind 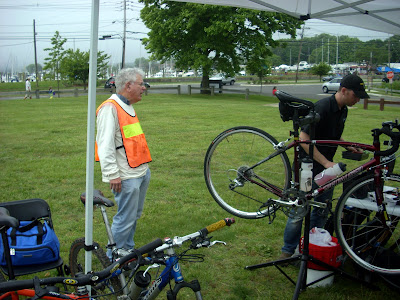 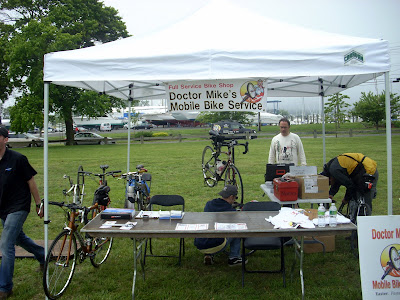 Dr Mike had a Cro-Mo Raleigh XXIX, rigid, that he let me try. It was nice! I think I might be going back to steel next year. The Qball is looking super sweet as a Monster Crosser (coming soon) and I think I want to try something different, anyway next year.
at 5:07 AM

Looks like a super fun race/ride, despite the weather!