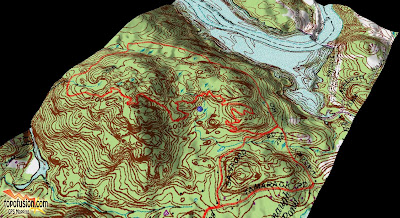 I got this email the other day telling me this week was National Bike-to-Work week. But they were making the point of just getting out and riding. It's too bad our Government won't do the same. Unfortunately, with the way my work week went and where I was, that wasn't going to happen, but I was able to get out for a little 5 mile lap at Upper Paugussett this morning. Some riding is better than no riding. 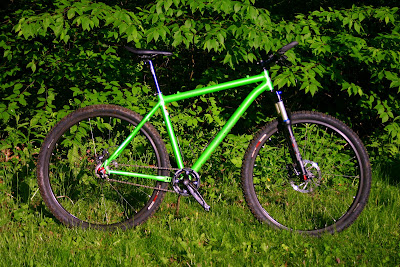 It was a beautiful morning to be out riding at 6:30 am. Sun was already up and the cacophony of singing birds in the forest was almost mind numbing. It was helping to drown out the Miley Cyrus song that was stuck in my head from picking my daughter up after dance class last night. The other thing weighing heavy on the mind this morning are the noises that the Dillinger are still making. At this point, I think I can live with the EBB because they are characteristically noisy but the headtube/headset is filling me with sorrow.
I heard back from Soul Cycles and they suggested tightening up the headset so the other night I did just that. Of course finding some place to put the bars, having hydros, was a pain because I couldn't just disconnect the cables like on my other bikes. I took the fork completely off and then put it back together. I made sure the headcap was good and tight, and there was no wobble in the fork. The noise started when I was riding on the dirt road leading to forest. It got a little worse when I started riding on more uneven terrain but it wasn't as bad as it was on Monday. So, I have to assume that I have a cracked headtube. 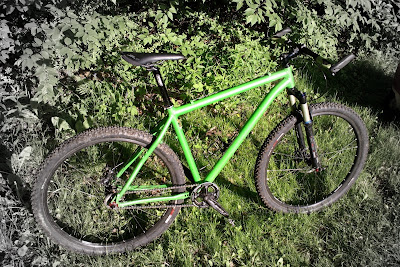 In spirit with today, I have decided I will bike to work, however, since we are having a team picnic at a local park I will work from home in the morning and ride one of my fixed gears to the picnic instead. So that means walking the kids down the driveway to the bus stop this morning. 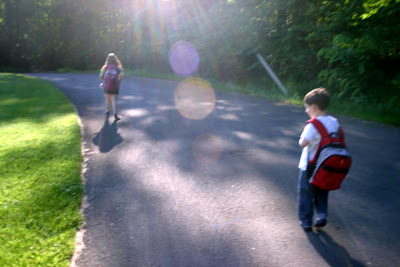 Pop the cups out and check for cracks, if there are none it could be dirty where the cups interface with the HT. The headset cups could also be worn, or not made to tolerance, which can cause it to spin or just move ever so slightly causing a creak or pop. That's my 2 cents though and YMMV. Good luck sorting it out.