I started leading a weekly Ride after Work on Mondays and yesterday was the first go. Only, I was working at our other building again in Norwalk and misjudged the drive to Huntington and got there way too early. So, I suited up and went for a warm up lap to see how the bike was working since I think I worked a few issues with the EBB. Damn, it was cold! I wore a long sleeved wicking shirt and my NEMBA Trail Ambassador jacket. Along the way, I ran into the guy who used to work at World of Bikes and lives in Newtown. He was riding an 8 inch travel Iron Horse Sunday River, which was overkill even for Huntington. Further on, I met up with some other riders working on one their bikes on the trail, due to trail issues. Turns out one of them is the bike tech at Ridgefield store of New Canaan Ski & Sport. We had spoken before because he was interested in getting something going in Ridgefield. 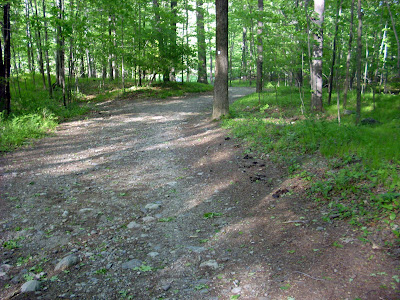 Riding up the Red Trail I noticed a fine example of Horse Curbage! Road apples on the side of the trail/road. After all the other piles of ploppage that I have seen on the trails, this was very impressive. Kudos to the equestrienne who did this! 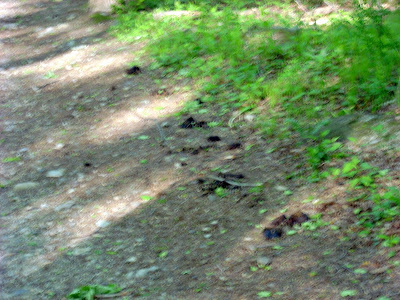 I only had one person show up for the CT NEMBA Monday RAW ride. A few co-workers were supposed to be there but they exhibited various excuses like my wife's car broke down to my wife needs me at home to do something. What they missed was an awesome singletrack exploration of Huntingting State Park. We rode the big burn, found a new roller and did that, hit the Saddle Roller, and then did all the back single track. Finished things up with a south to north ride on the Rock and Roll Trail. 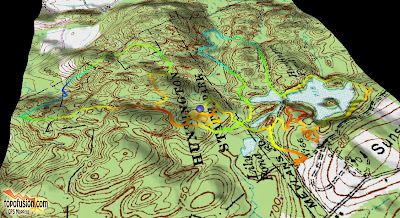