My wife sometimes refers to me as the Imelda Marcos of the outdoor sports world with all the gear that I have. If you are not a child of the 70s or remember the days of Good King Ronnie, then you might not be familiar with who I am talking about, so check her out on Wikipedia. Her claim to fame was the enormous amount of shoes and gowns she has. Similarly, I have outdoor equipment for just about every extreme.

For example, since I have started biking I seem to have accumulated some helmets. The first helmet I was riding with had to be tossed after a little mishap a few years ago. I gave another one away to my brother-in-law because it was white and didn't want to be wearing a white helmet in the woods with a bunch of hunters in the fall lest they think I am a fleeing deer and take a shot at me. Don't get me wrong, my I have no animosity towards my brother-in-law but he doesn't ride off road so it was a perfect hand-me-down. 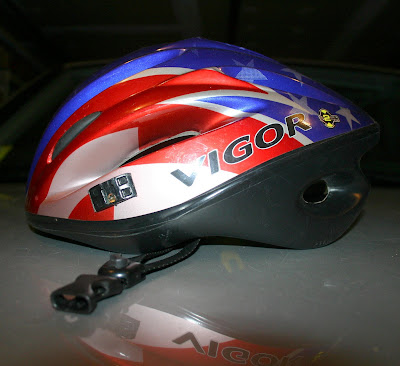 After the crash of '05 in which I got my first mountain biking related injury, I bought the red, white, and blue Vigor helmet on the left. It was a desperation move with very little forethought. That was what the shop had that fit and I needed a helmet. I realized quickly that while the helmet is patriotic it wasn't stylish and didn't do anything for during hunting season. 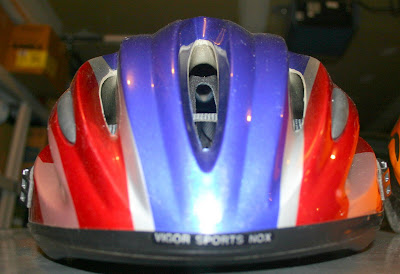 I read about the Giro Semi MX on MTBR but quickly found they had been discontinued for a another, more expensive helmet - the Giro Zen. Not only was this perfect for riding during hunting season but everyone who rated the helmet on MTBR said it was way too hot. Indeed, it is hot and that is why I wear it only during the cold months here in New England. 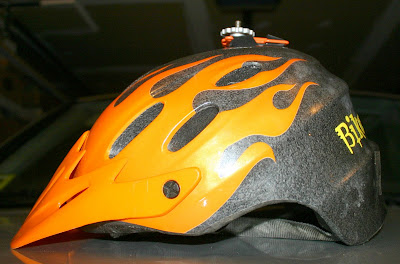 While I couldn't find it online I did find it an LBS up in New Milford, Straight Line Bikes and Boards. All the reviews were spot on when it comes to being a hot helmet. Maybe that is why it was pulled for the lighter and more open aired Xen. In fact, it appears that Giro moved this style of helmet over to their skiing line as the Giro G10 MX Helmet. Might just have to get one of these for skiing and snowboarding which would further add to my growing collection of outdoor gear. 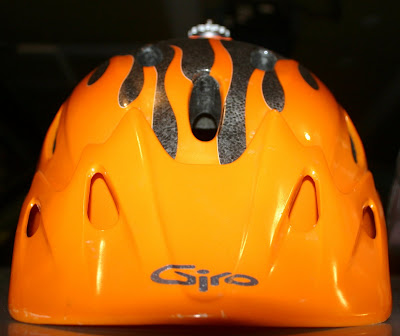 Besides being blaze orange, the other use for this helmet is for creating ride videos. I have yet to try the new position for the camera mount. The first time I tried it it was too far forward so it didn't quite capture the essence of the ride. I rode with this helmet during one summer and it was brutally hot which led me to get the Fox Flux.

With 20 vent holes, it's supposed to keep you cool but I find that it still gets pretty hot in there. Still, it's sharp looking and of course the woodland, camo pattern is my favorite. This helmet is also perfect for nite riding and I have my head lamp mounted perfectly on top. 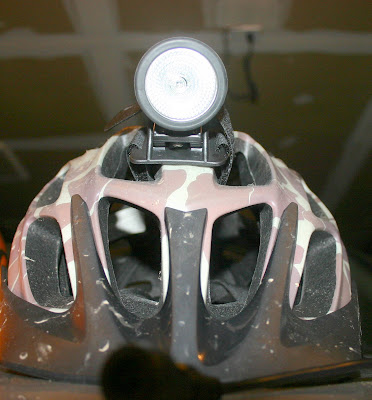 The camo pattern is almost like an Alpenflage pattern. I like the way it sits on my head and while I said earlier it get's pretty warm in there it's not as warm as the MX and is not the best helmet for winter riding, unless of course I have an ear band on or a balaclava. 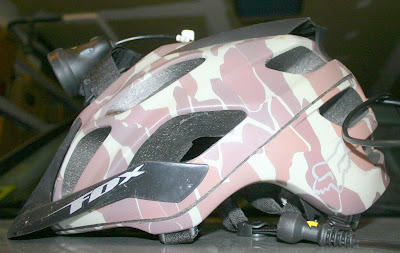 My latest addition is the Giro Hex, which I think is like the MX only with more venting and half the price of the Zen. The large vents keep it cool inside. Unfortunately, I have only ridden with it once so I really can't judge how well it works from a cooling stand point. I will say that it is reall comfortable and of course you can't beat the colors. Probably should have a little more orange for riding during hunting season but I usually take care of that with a shirt of a jacket. 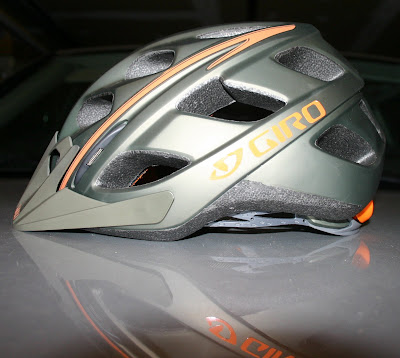 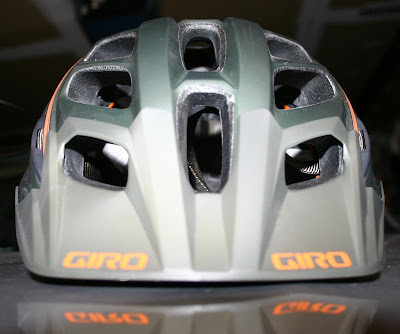 Here is what they look like atop my head. When I start racing later this year I am going to probably wear the new Giro. 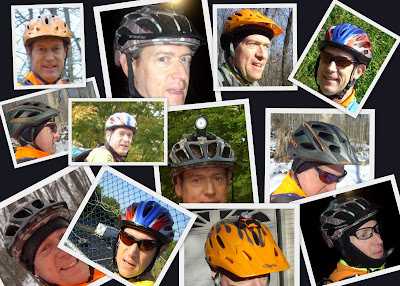 Email ThisBlogThis!Share to TwitterShare to FacebookShare to Pinterest
Labels: Helmets