This early 1980s Fuji Monterey showed up in my driveway the other night and since it was missing its wheels was laying on the ground.  My wife didn't see it and ran over the back drops with the car.  I am not sure what the conversion value of this style of frame is but this bike has some pretty nice parts.  In fact, in addition to the white Huffy which I eulogized last week and this bike, there are two more Huffy's in need of tear down. 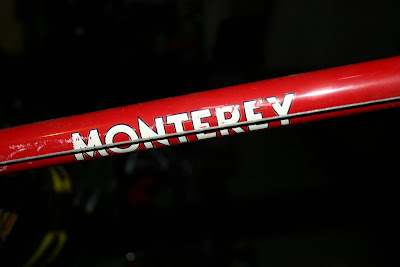 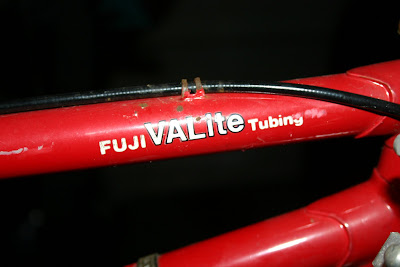 I don't know, Cro-Mo is still heavy no matter what you call it.  It's like if you put lipstick on a pig, it's still a hockey mom **oops** I mean a pig! 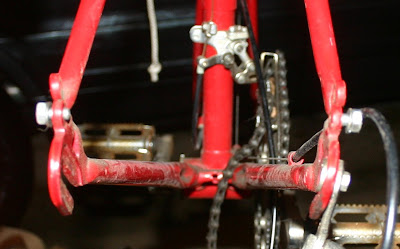 In the picture above you can see how the rear drop bends inwards as a result of the rollover. 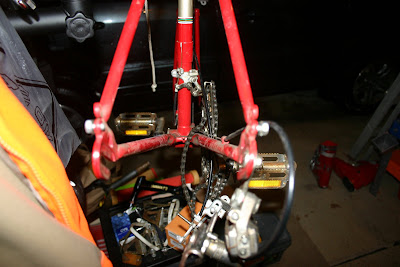 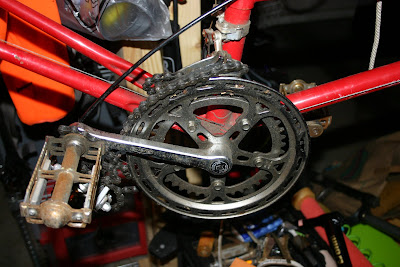 I think these Sugino cranks establish the era of the bike due to their simplicity and construction.  The star pattern in the crank bolts seems to be characteristic of the mid to late 1970s to 1980s.  My 1975 Raleigh has the star pattern bolts but the Peugot UO-8 is a three pattern.  After removing the standard parts that I figured would be useful to me I traded the frame and everything else attached to it to guy in North Central Connecticut for two seat posts. 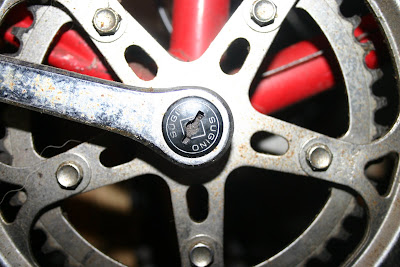 Brake levers and brakes are really nice and from Dia Compe.  They will work nicely with the next Fixie Conversion road bike. 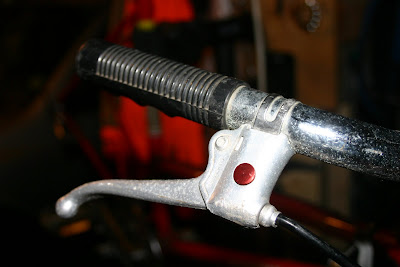 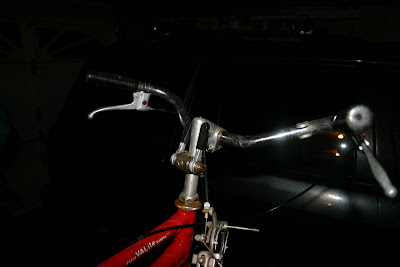 The real value here is the Nitto Stem and Bars.  The bars were mounted in what I would call three-speed mode but once you flip them you have have flared mustache bars!  A little flattened but are still really cool.  The Nitto 5 degree stem is a nice find, too. 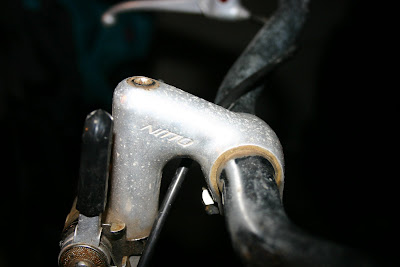 While it's no Brooks, a sprung saddle such as this will complement the next conversion project.  Might even consider it for the Raleigh. 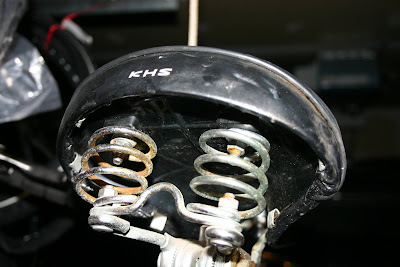 And here is she is, stripped naked!  I left the frame outside all week and every time I looked at it I kept thinking there has to be something that I can do with this.  I have an idea brewing but that will be described in another post.  What would you do with the frame at this point? 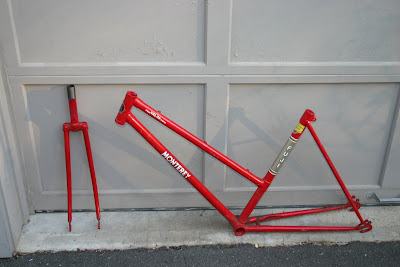 That's OK Dear. Monty will go on to serve a higher purpose someday, maybe even soon.